The first thing I remember learning about parenting was that you should never tell your favorite child that they are your favorite child. So when my mother never informed me that I was, in fact, her favorite, I knew that she was just respecting this fundamental rule.

Fast forward twenty years or so and I now find myself in the position of having a favorite child and being bound by honor to never reveal who it is. So I won’t. What I will say, however, is that if there was ever a perfect baby, his name is Oren.

He’s six months as I write this, having just returned home from a near-empty clinic where he had his checkup and his shots. He’s seventeen and a half pounds, with deep blue eyes, big ears, and an enormous head, which even strangers in the grocery store say he must’ve gotten from me. 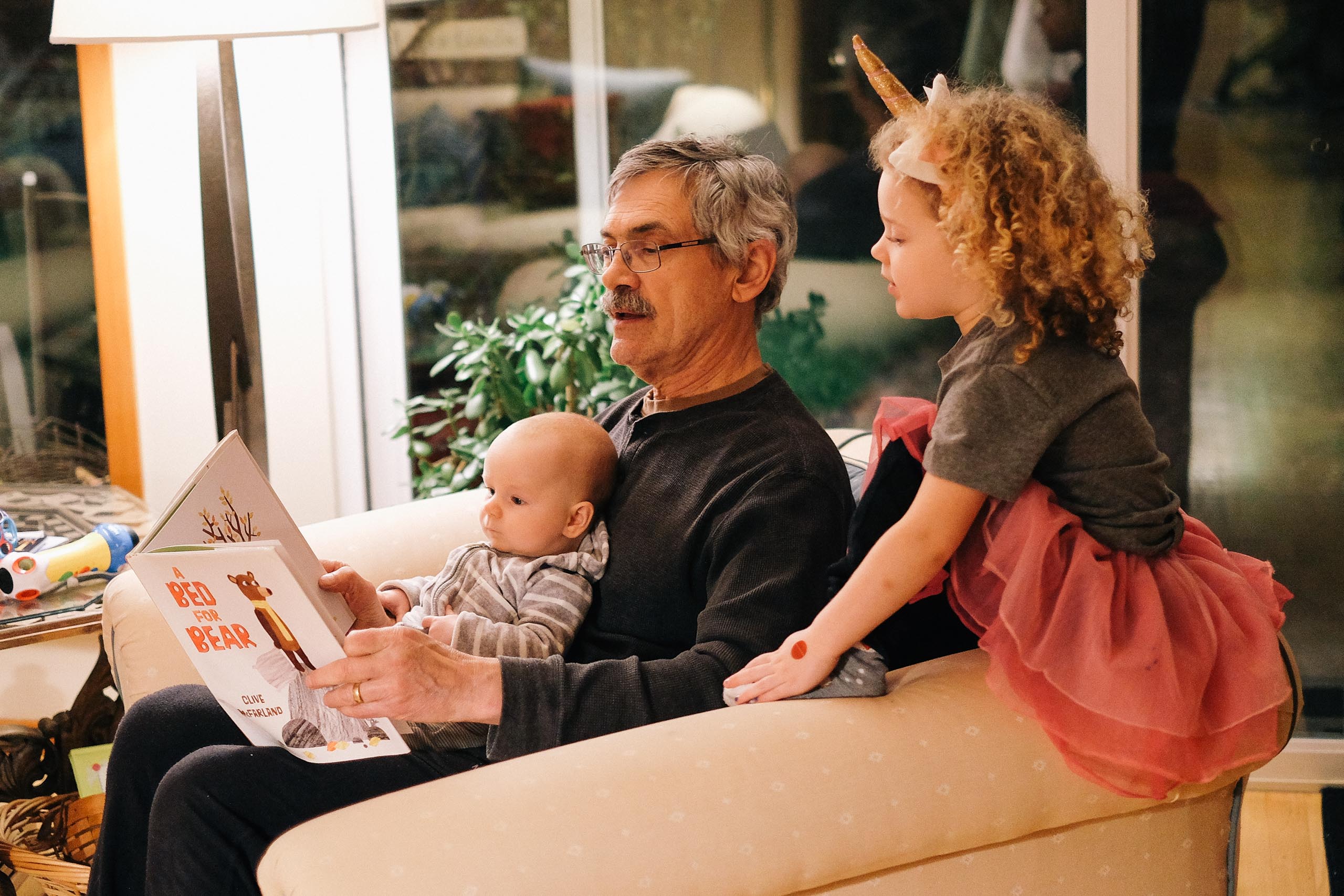 Oren loves a good book. And a bad book. And the Territorial Seed catalog. Truly, this is a beautiful time in our reading journey because I can read him whatever I want and he’s still captivated. Eventually he’ll learn how to communicate that he’s bored to tears but for now we’re reading Hamlet.

As I wrote at three months, Oren wasn’t about to let a bottle substitute for the real thing. Over the course of the next couple months we tried all sorts of things to get him to take it: standing him up and laying him back, warm milk and cold, fast flow nipples and slow. Nothing seemed to make a difference. Then one day he took three ounces without complaining. And then four. Now it’s like feeding him straight from a pitcher: You tip the bottle up and within a minute or two he’s sucked it all down. Add to all that the fact that he’s eating solid food, too, and you have a fat, happy baby. It’s glorious.

He’s still a distracted eater, though. Everything seems to be more exciting than breastfeeding, including Idara, me, cars driving by, even shadows on the wall. Whereas Idara basically slept through the first four months of her life, Oren has been up and at ‘em, always surveying his surroundings. 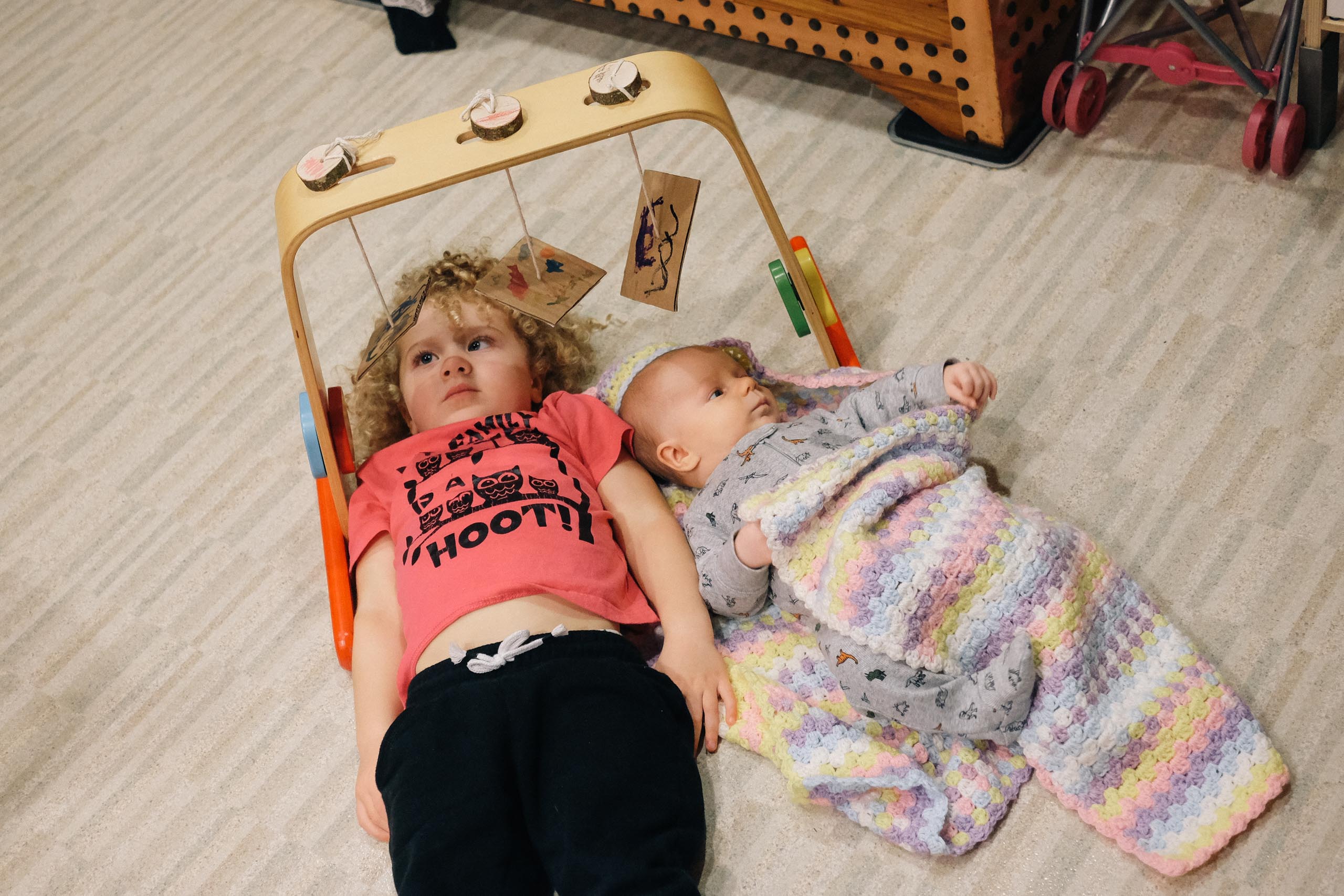 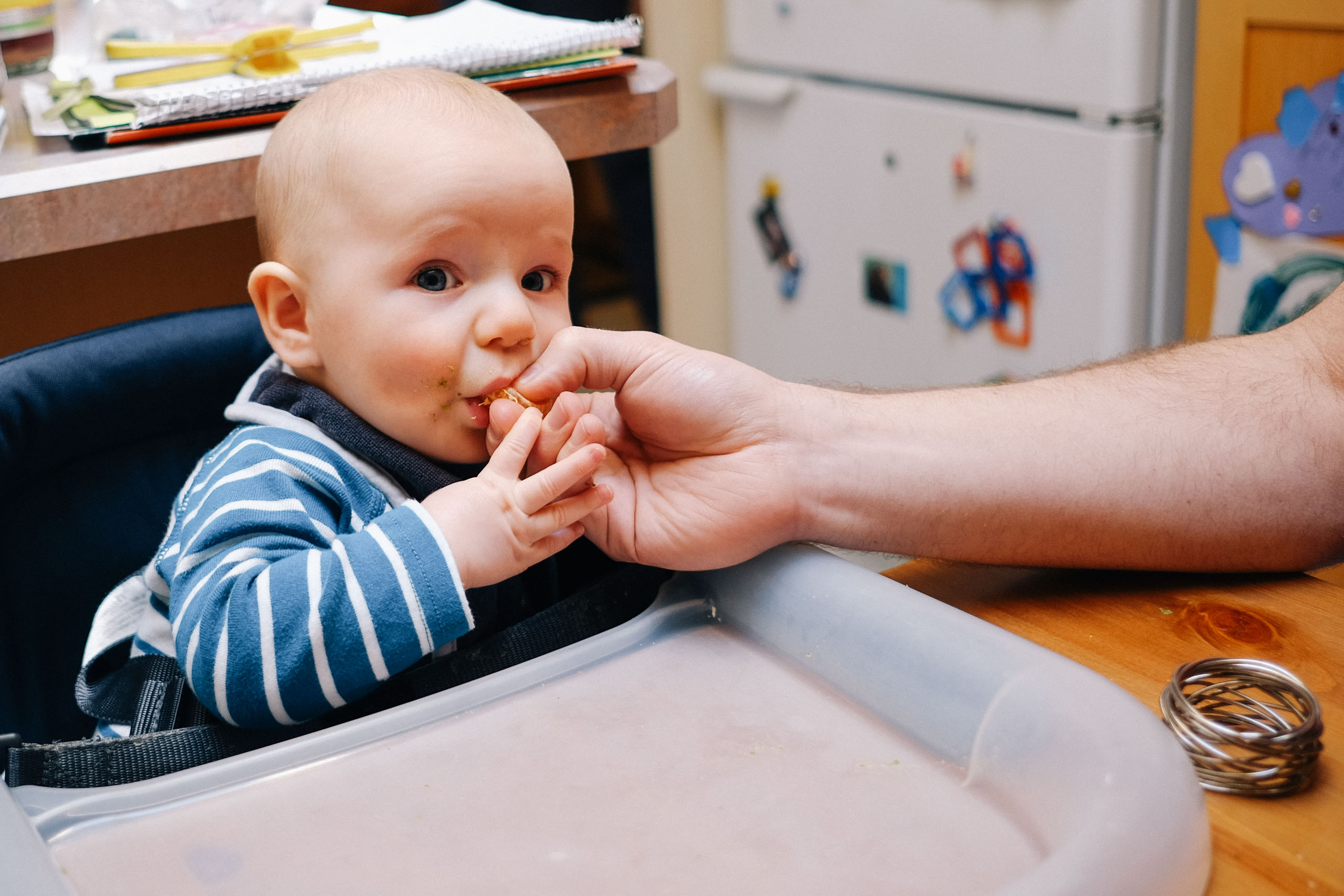 A few weeks ago Oren discovered his big toe, and all I can say about that is I’m glad to have already found someone who looks at me the way Oren looks at that toe. In addition to that toe, he also likes to suck on mandarin slices. The first time I held one at his lips and he latched on you would’ve thought it was his first hit of a fantastic new drug, which I suppose it was. 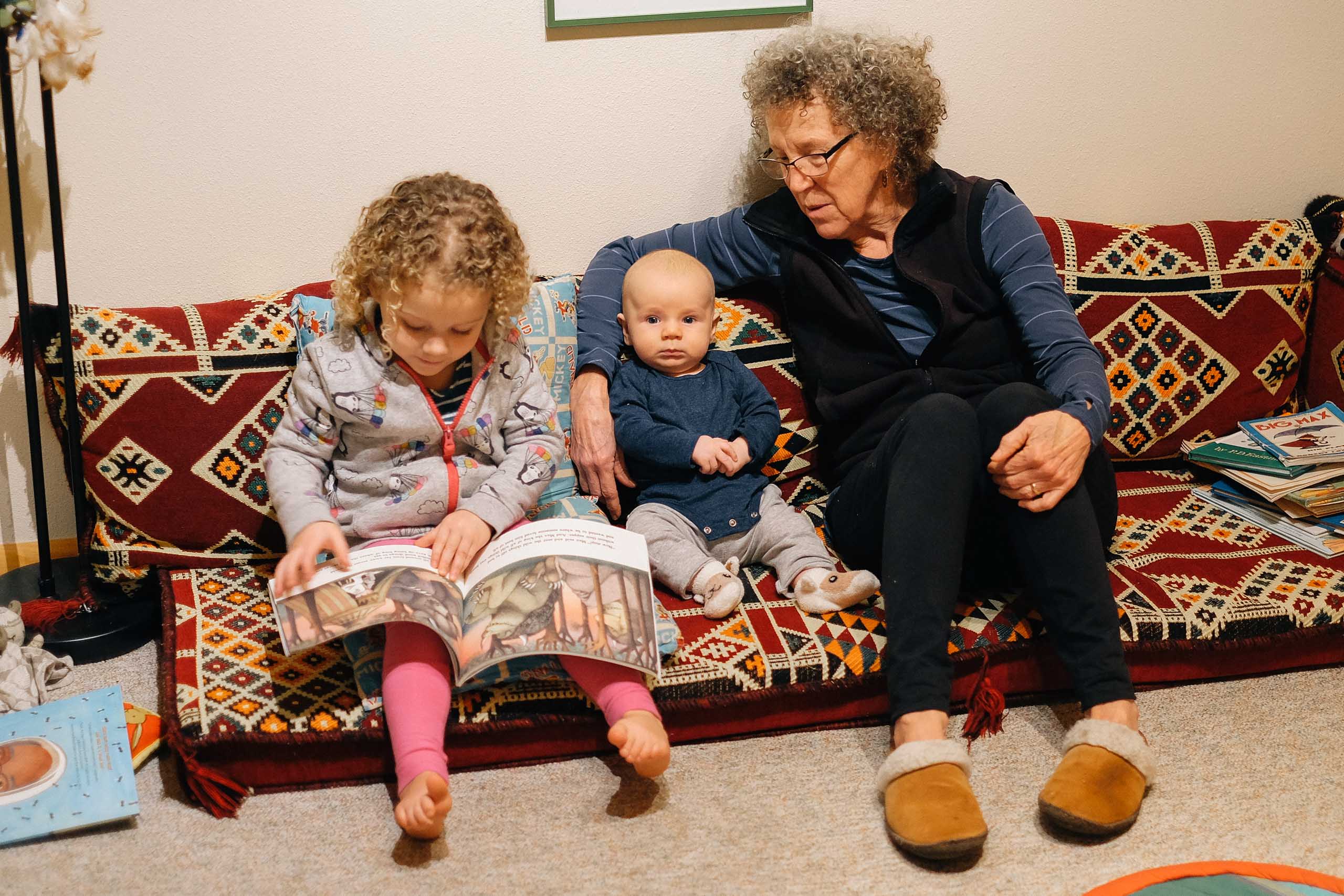 More reading on the couch, this time with Suellen. We also read him a book before bedtime. His current favorite (we think) is Baby Talk by Stella Blackstone.

Another thing that stands out about our lives right now is how much (and how violently) Idara loves Oren. She often plays gently with him, but then other times her feelings of sibling love overcome her and tries to hug (crush) him or carry (drop) him. So we keep a close eye.

She also loves making him laugh, but, bless her heart, once she finds a good face or noise she beats it until it’s dead, dead, dead. When he first started laughing around three months she realized that he laughed whenever she sneezed. Now, three months later, she’s still faking sneezes inches from his face, coronavirus be damned. Oren pays attention to her, too. Whenever she and I are wrestling or tickling and she laughs or screams, it makes him cry. It reminds me that even though he can’t describe or explain what he feels, surely his emotions are just as present and complex as our own. Maybe more so. 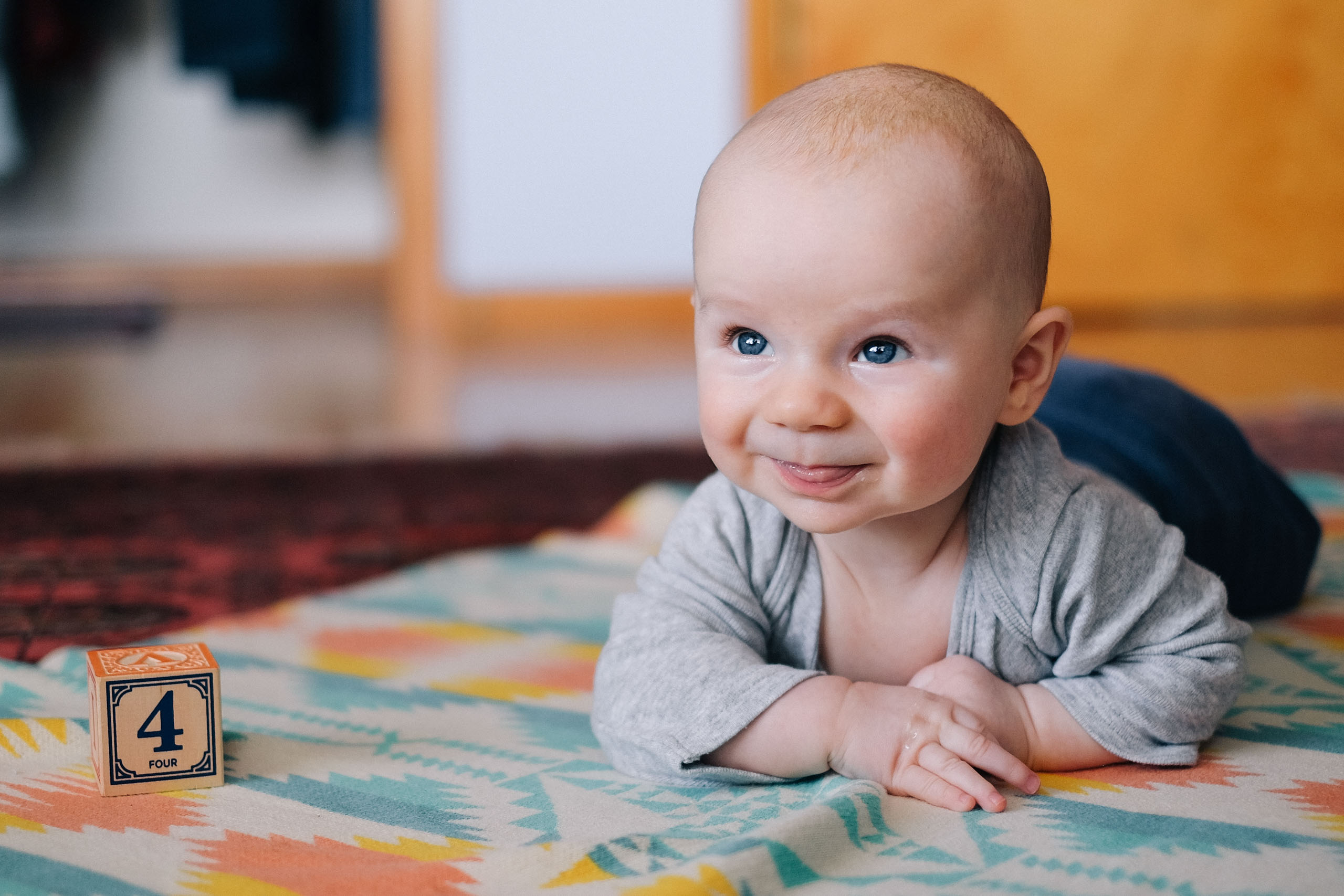 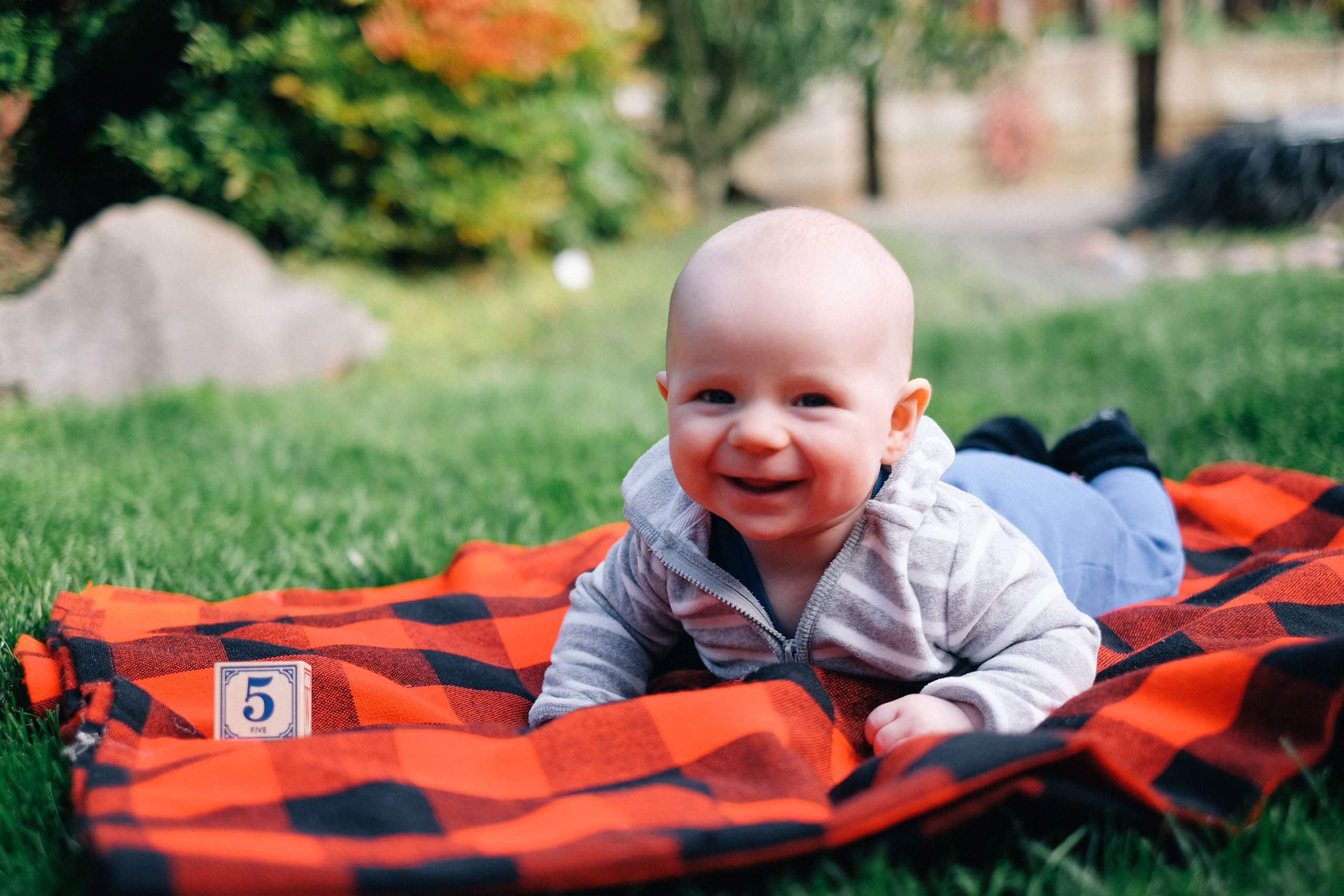 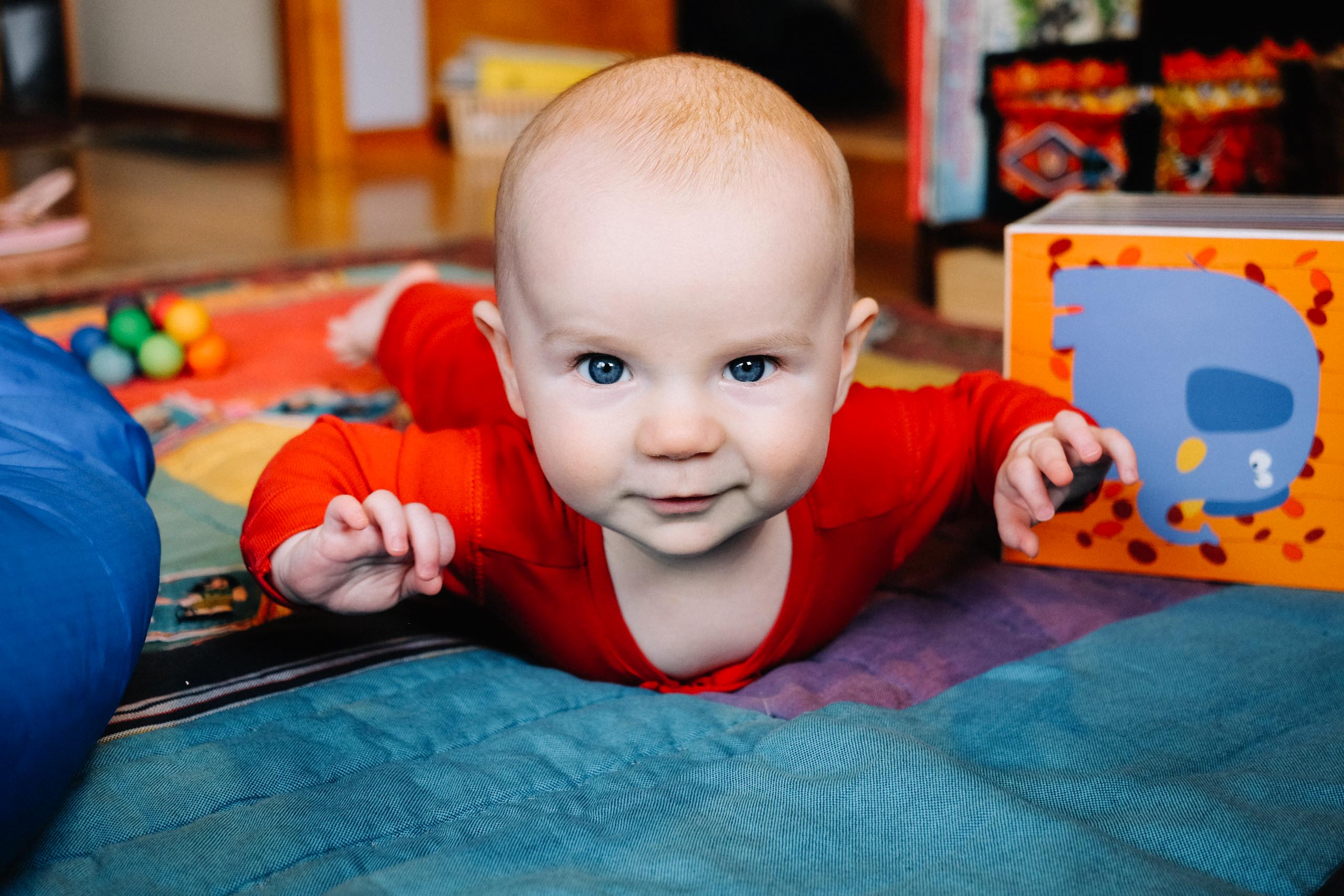 Oren at (about) six months. I have no idea why this is what Oren defaults to after he rolls onto his belly. I’ve tried it, and it is not easy.

Of course it’s not all rainbows and butterflies with Oren. He’s not a great sleeper, both at night and during his naps. He goes to sleep easily enough, but after about 32 minutes (or 29, or 25, or dear god 18, but who’s counting?) he decides that sleep is overrated and that he’d rather cry in his crib instead. The worst is when he wakes up at five in the morning, when all I can do is try to rock him back to sleep. After one particularly harrowing morning of rocking, my Fitbit told me that I was already a third of the way to 10,000 steps even though I’d yet to leave the bedroom.

Things have gotten better over the past three months, but we still strike out with maddening regularity, which forces me to look over at Idara, snoring in her bed and drooling onto her pillow, and think: If ever there was a perfect child, her name is Idara.