After a week in the hospital, we were ready to come home. Rachael was healing well, Oren was eating and no longer quite as jaundiced, and Gordy and Suellen, who had been watching Idara since the beginning, were ready for a break.

That’s not to say there wasn’t some comfort in the hospital. We’d grown accustomed to the routines of nurse visits and prepared meals, and even though we had a feeling that the hardest and scariest parts were behind us, it was comforting to have a doctor stop by from time to time just to say that everything looked good. 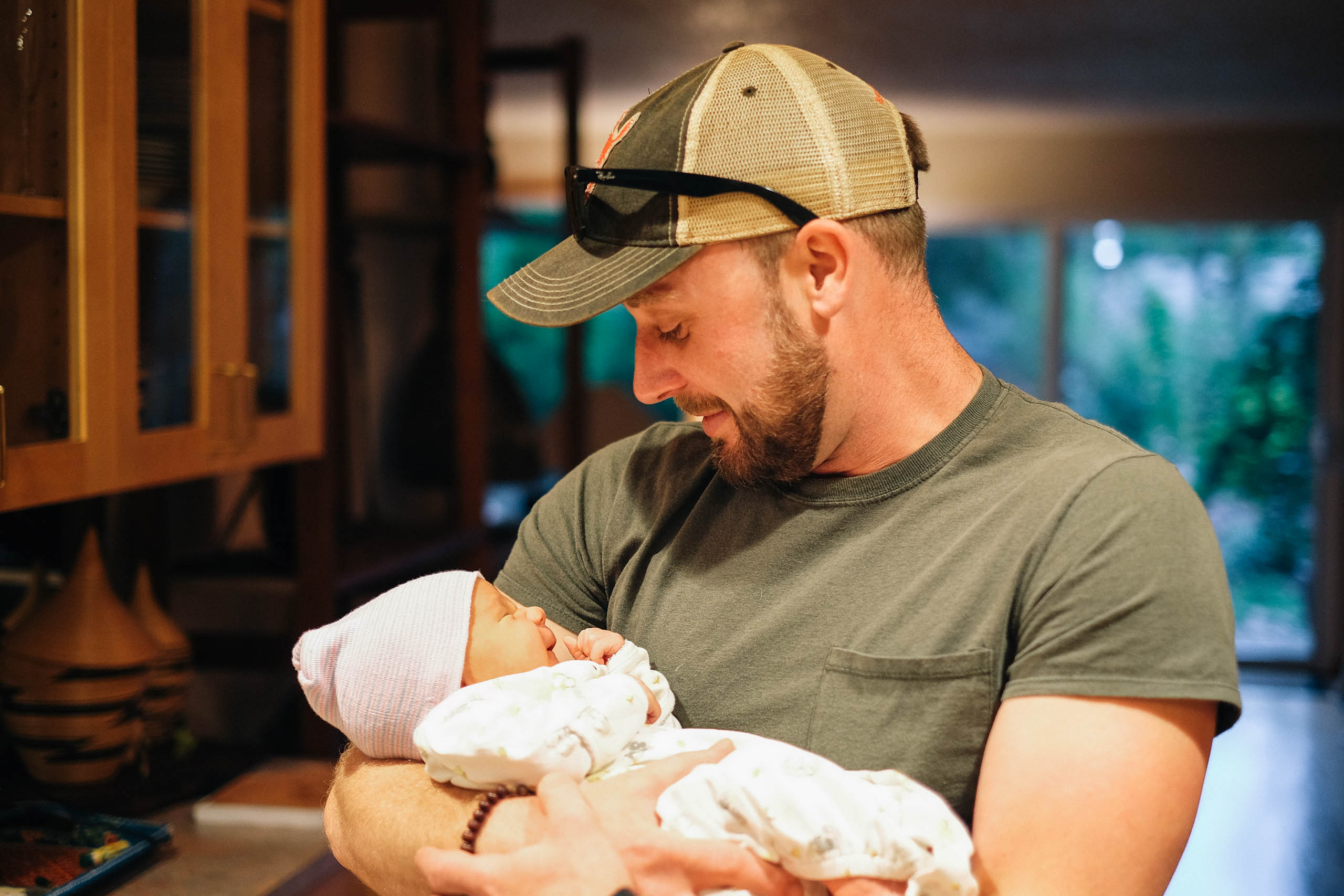 When Idara was born I took two months of paternity leave and used every single minute of it. Idara was a bad sleeper and a bad eater, and so if we weren’t trying to solve the sleep we were trying to solve the eating. This meant nights spent awake and days spent trying to coax her into bottle feeding or breastfeeding. I have this distinct memory of standing in Babies R Us holding two bottles in my hands and trying to decide which one seemed more boob-like. Hopefully someday I’ll forget it.

Oren, in comparison, has been cake. He doesn’t sleep as well during the day as Idara did, but he sleeps much better at night. And while he’s been reluctant to take the bottle, feeding him has been much easier, too. 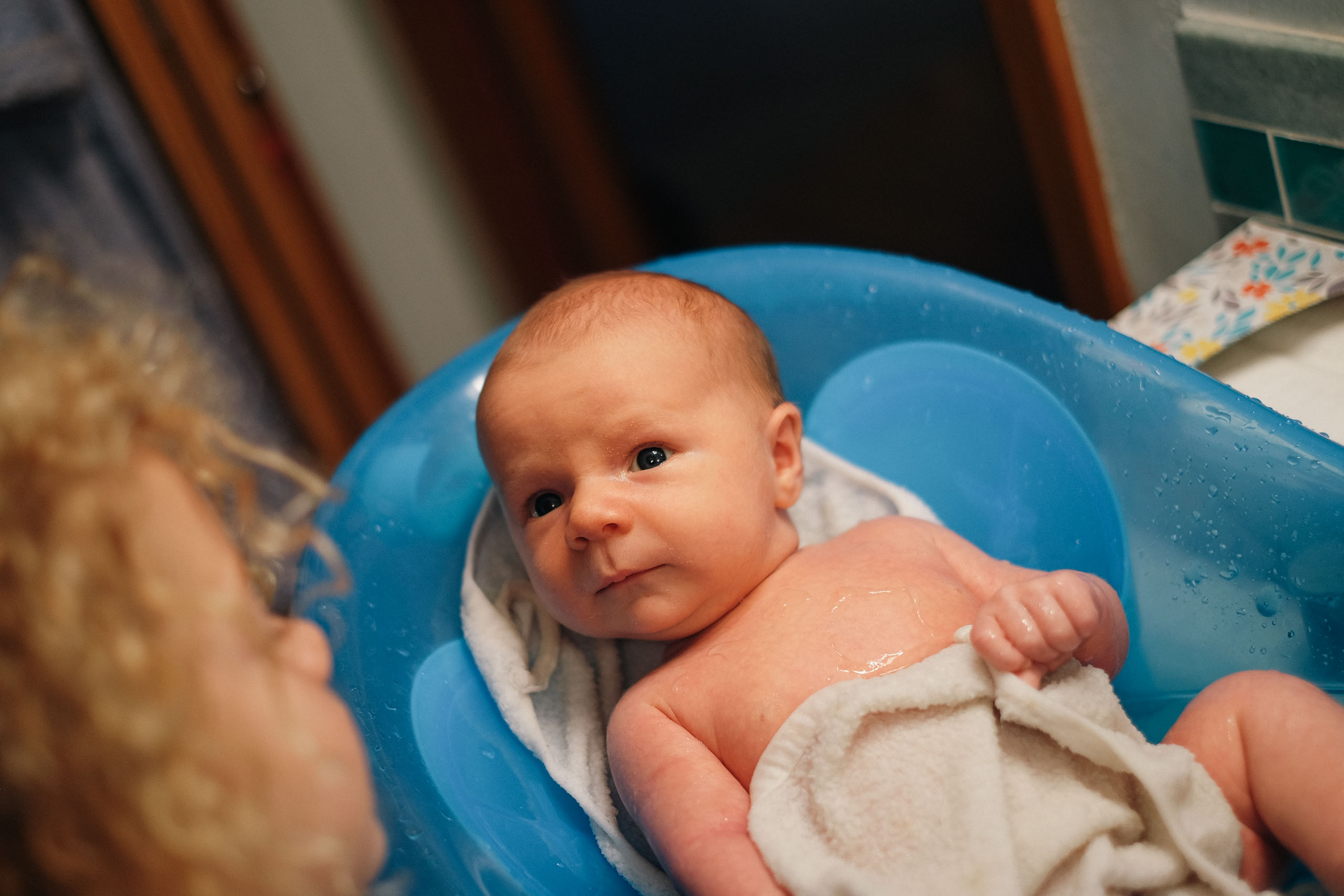 Outside of caring for a new human being, our hands are much more full this time around than they were with Idara. We’re not staring down an international move like we were with Idara, but we still have a lot going on. Rachael’s working, I’m in graduate school and teaching, and then there’s Idara. If it weren’t for Rachael’s folks, her aunt Susan, and some extra help from my mom, we’d be ruined. 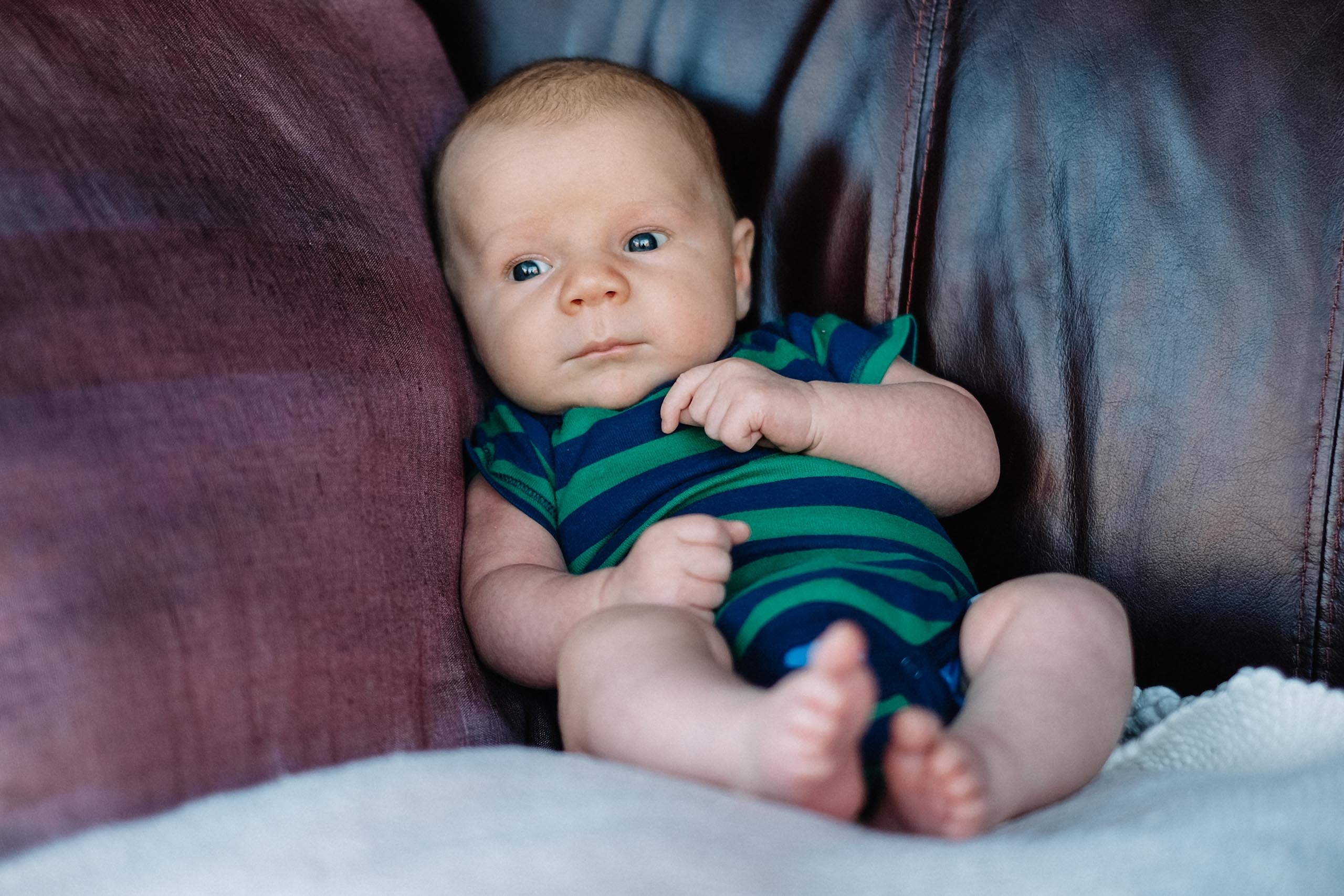 Oren at one month.

Idara slept so much in the first few months of her life that I honestly don’t remember much about her personality. Mostly, she was orange. Oren, on the other hand, has been calm and alert from the beginning. There were a few weeks during which it seemed like he cried a lot, but since then he’s been happy. That’s not to say that he never cries, of course, just that when he cries it’s usually just because he’s hungry or sleepy. In the mornings, when he’s neither, we set him up in the chair and he watches us eat breakfast. Sometimes I forget that he’s there.

I think that the hardest time with a new baby is when they’re fresh, when they don’t laugh or smile or give you any indication whatsoever that there’s a bond forming. They’re just a black hole for all of your struggle and worry and hope.

A little before he was two months old Oren began to smile. It was probably just an accident at first, but now I know that if I make certain noises or faces then he’ll smile back. Sometimes he laughs, and it is without a doubt the most glorious sound I’ve ever heard. 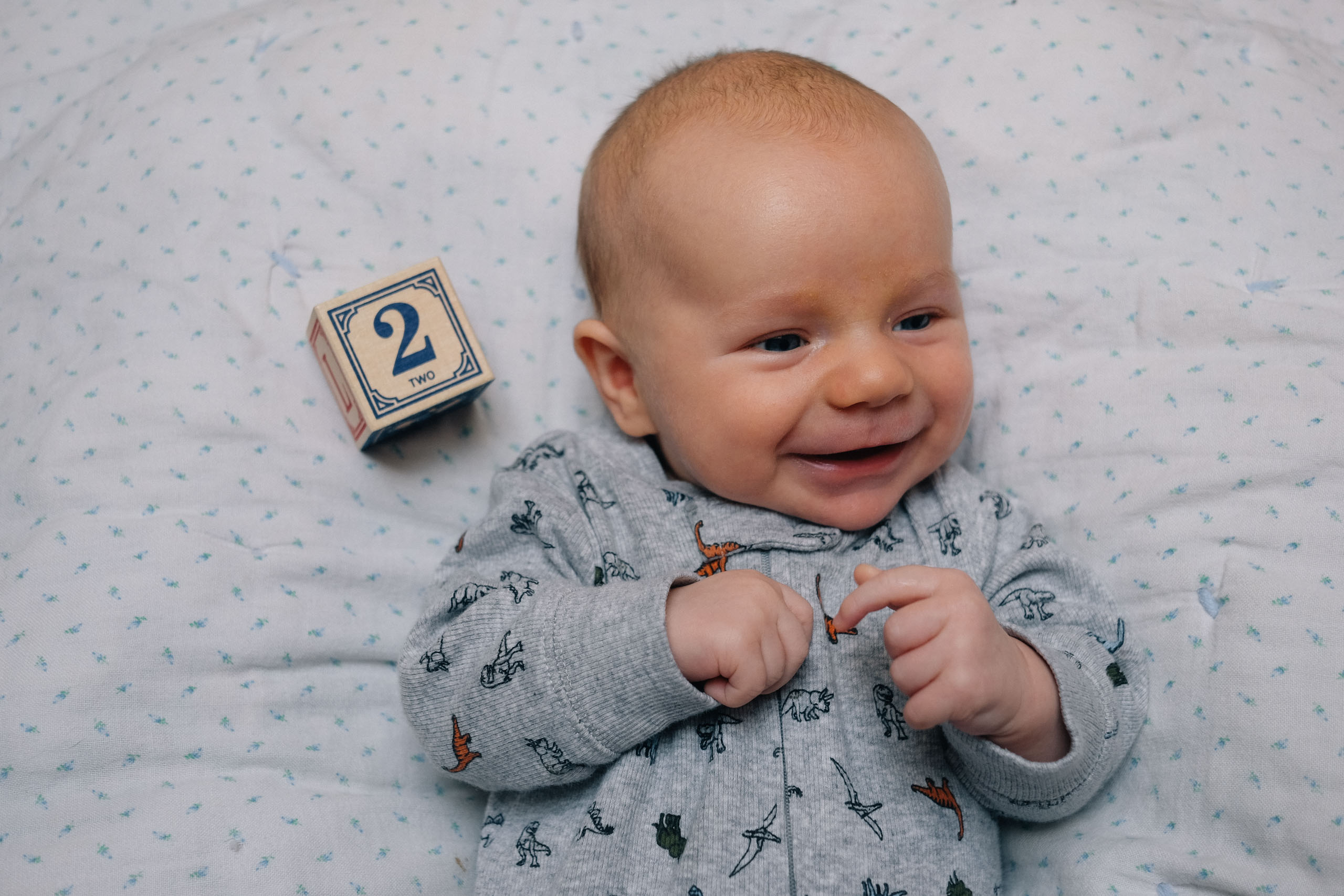 Oren at two months. He learned to smile a week or so before. 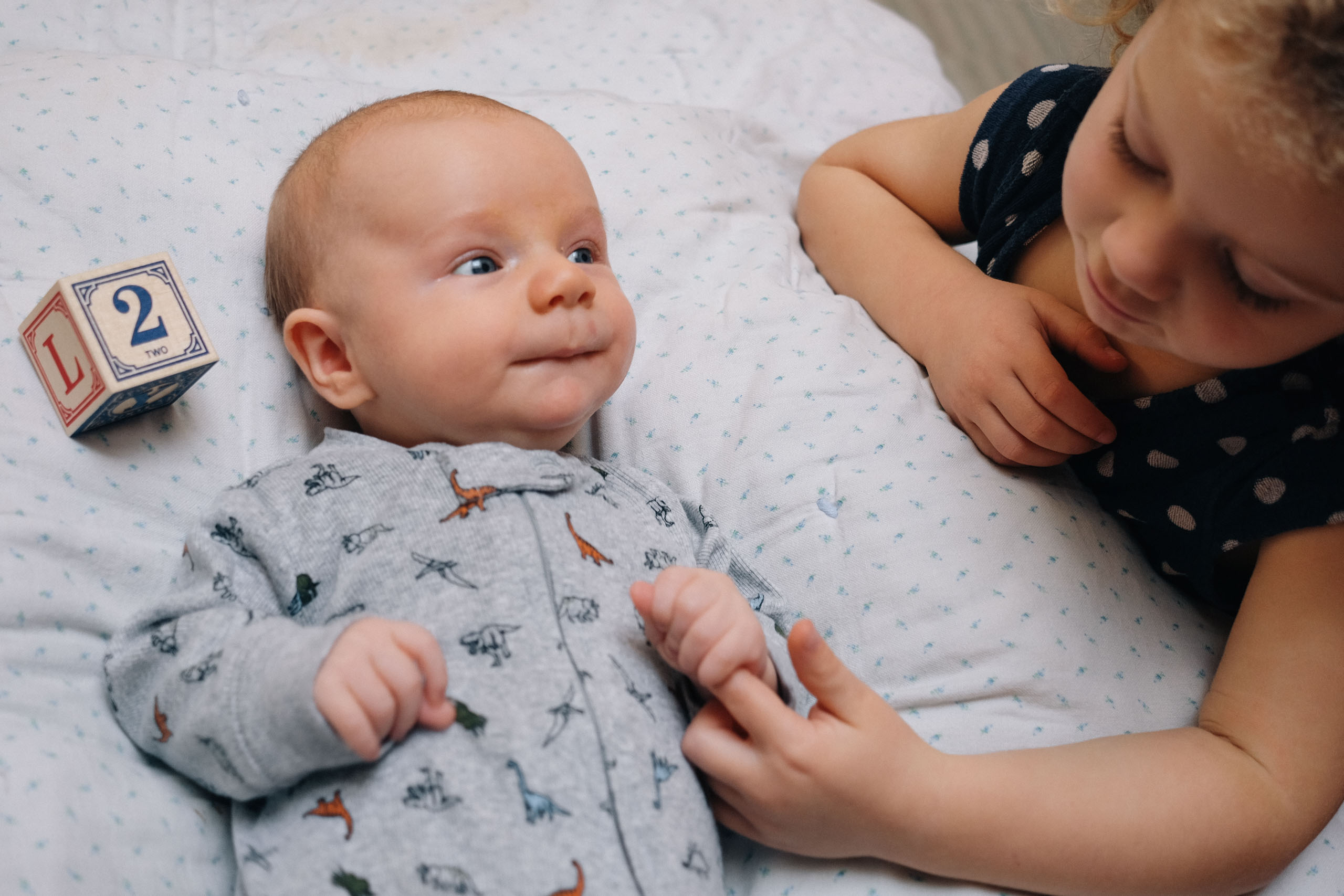 Oren and Idara. When I showed this to a friend who has two children herself, now mostly grown, she said “Having two is magic.” I couldn’t agree more.

When it was just Rachael and me and Idara, I often felt like we weren’t really a family. Certainly not in comparison to my sister and her husband, with their four kids. Now that’s a family. Rachael and I were still the majority of our group of three, after all, and even though we were technically a family I still felt more like a couple.

To be clear, I don’t really feel like families of two or three aren’t really families (and anyone doing that kind of gatekeeping needs to take a long hard look in the mirror), it’s just that I didn’t feel like it myself.

Then Oren came along, and now we all sit in bed in the too early morning, and I feel like Rachael and I are outnumbered, or at least like it’s a fairer fight. 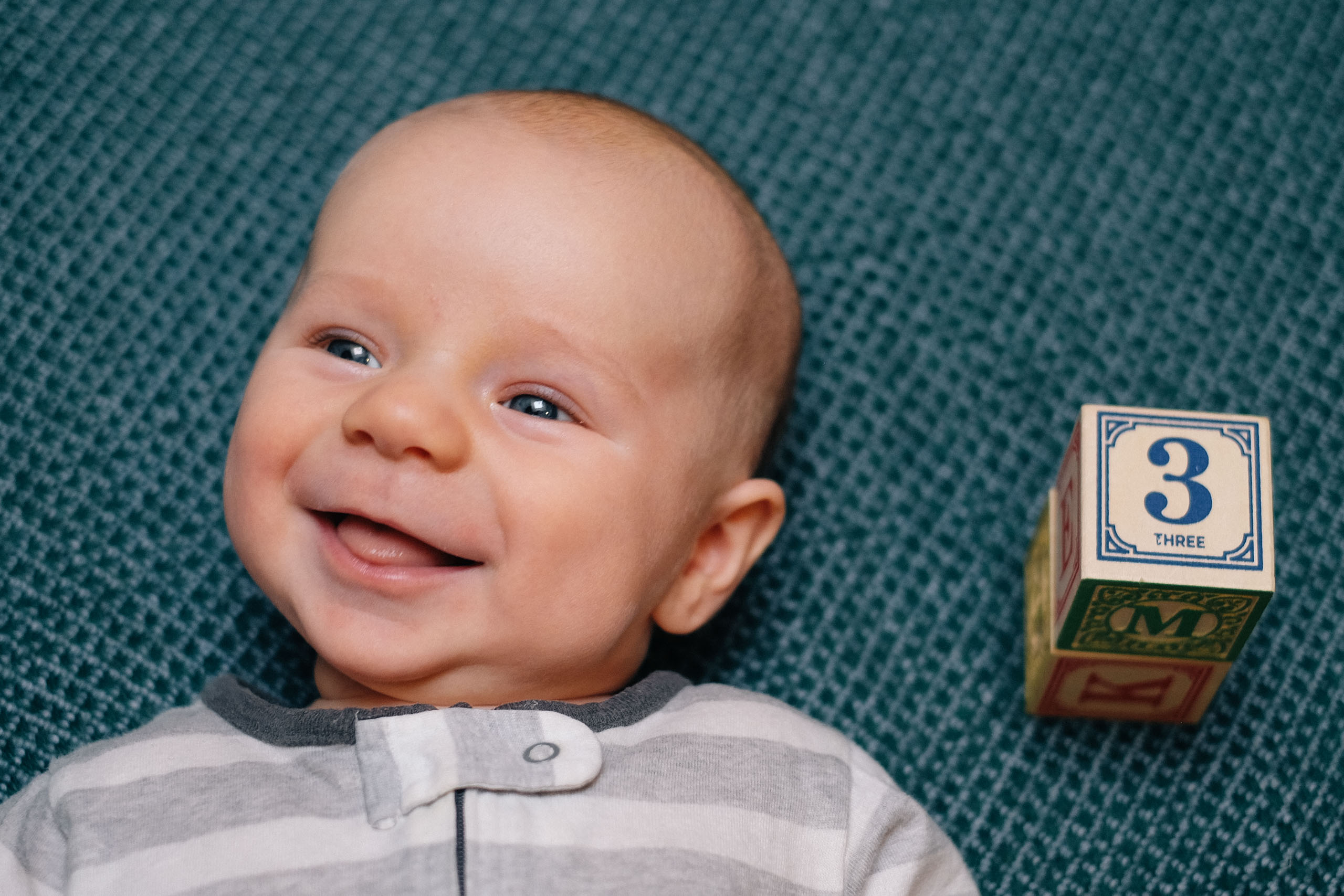 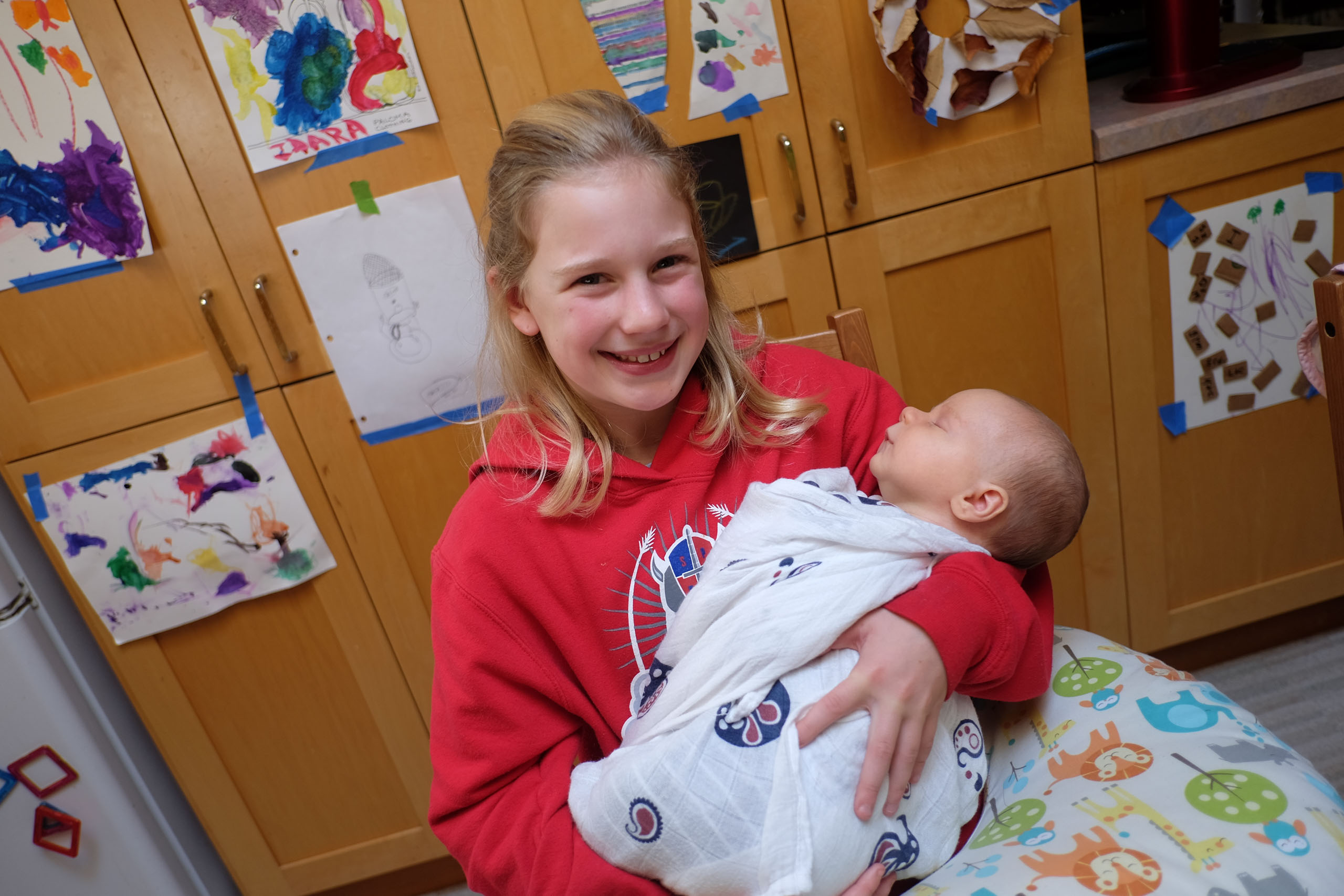 If it weren’t for Oren’s cousin Claudia, he might never get any sleep, especially when we get together with our (loud, lovable) extended family. 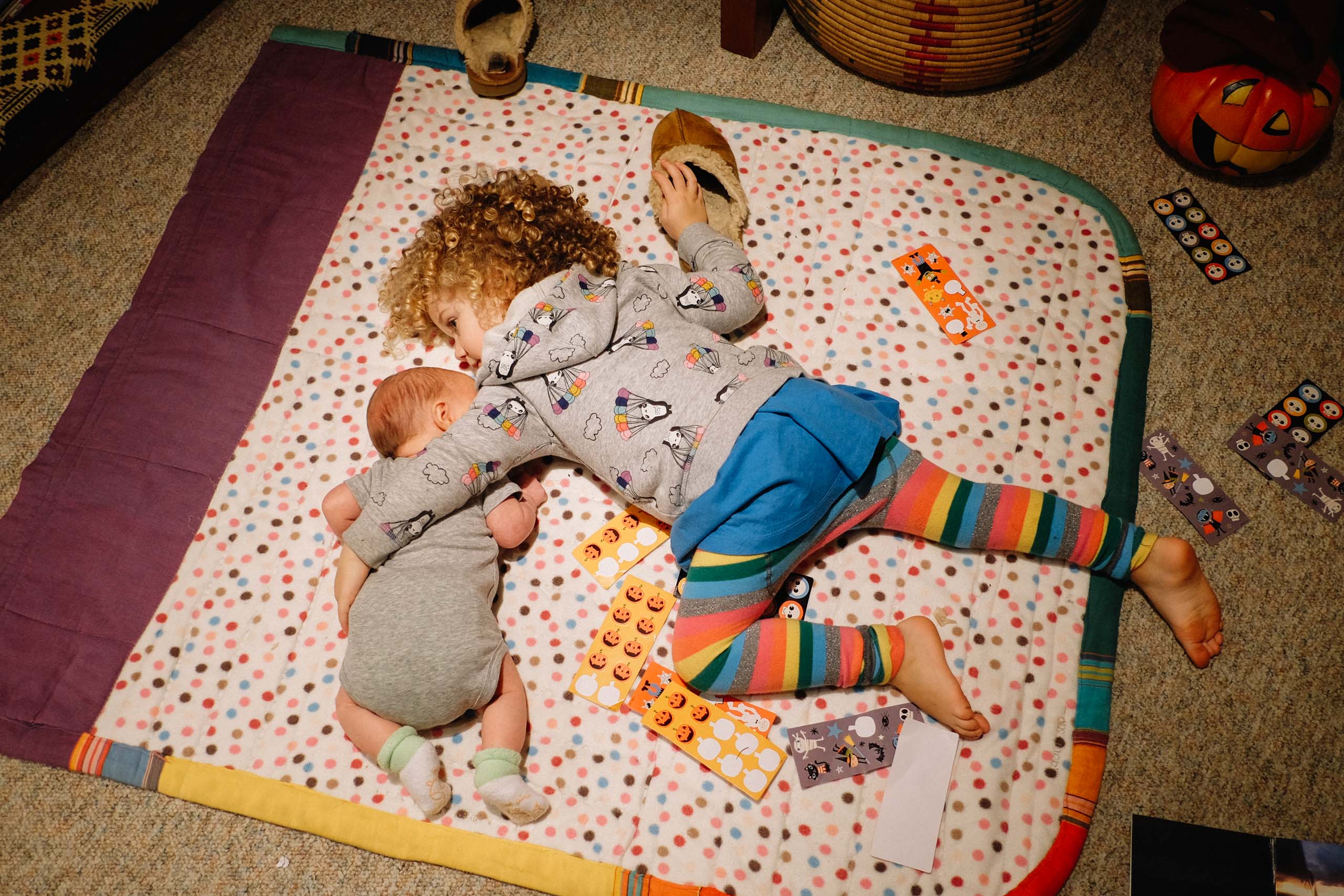 When Oren was born Idara couldn’t seem to get enough of him. Now that it’s been a few months I think she’s starting to realize that he wasn’t a toy delivered for her entertainment, but she’s still very sweet with him. 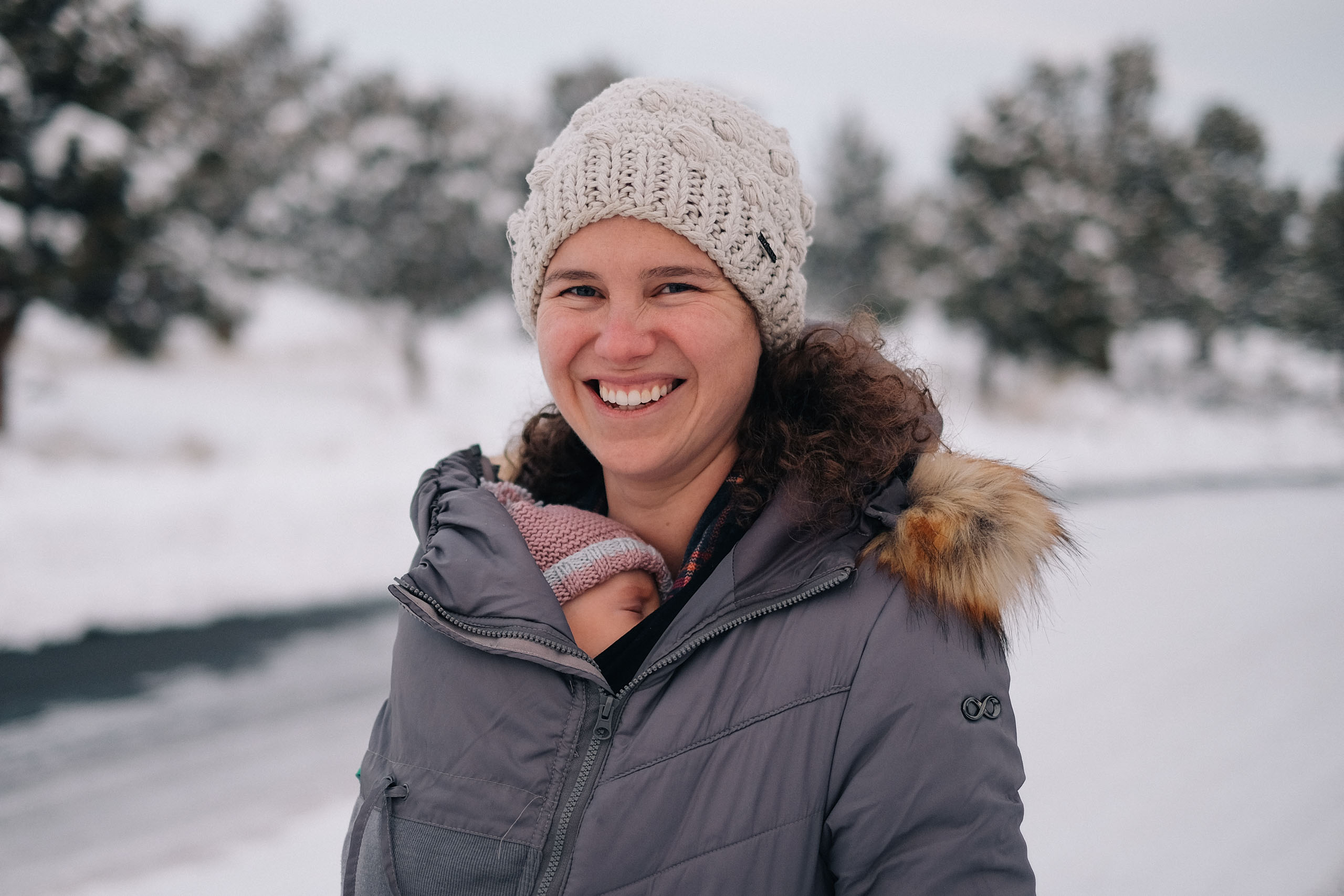 Rachael and Oren on a walk in the snow.

Having a baby is a bit like a restless hibernation. You crawl into a hole and spend down every ounce of energy that you had stored up. In the end, though, the winter has passed and the snow has melted and you return to a world that’s hopefully ready for you, too.

We’re not out of the dark yet, of course. But we’re a lot closer than we were, and going a bit further every day. 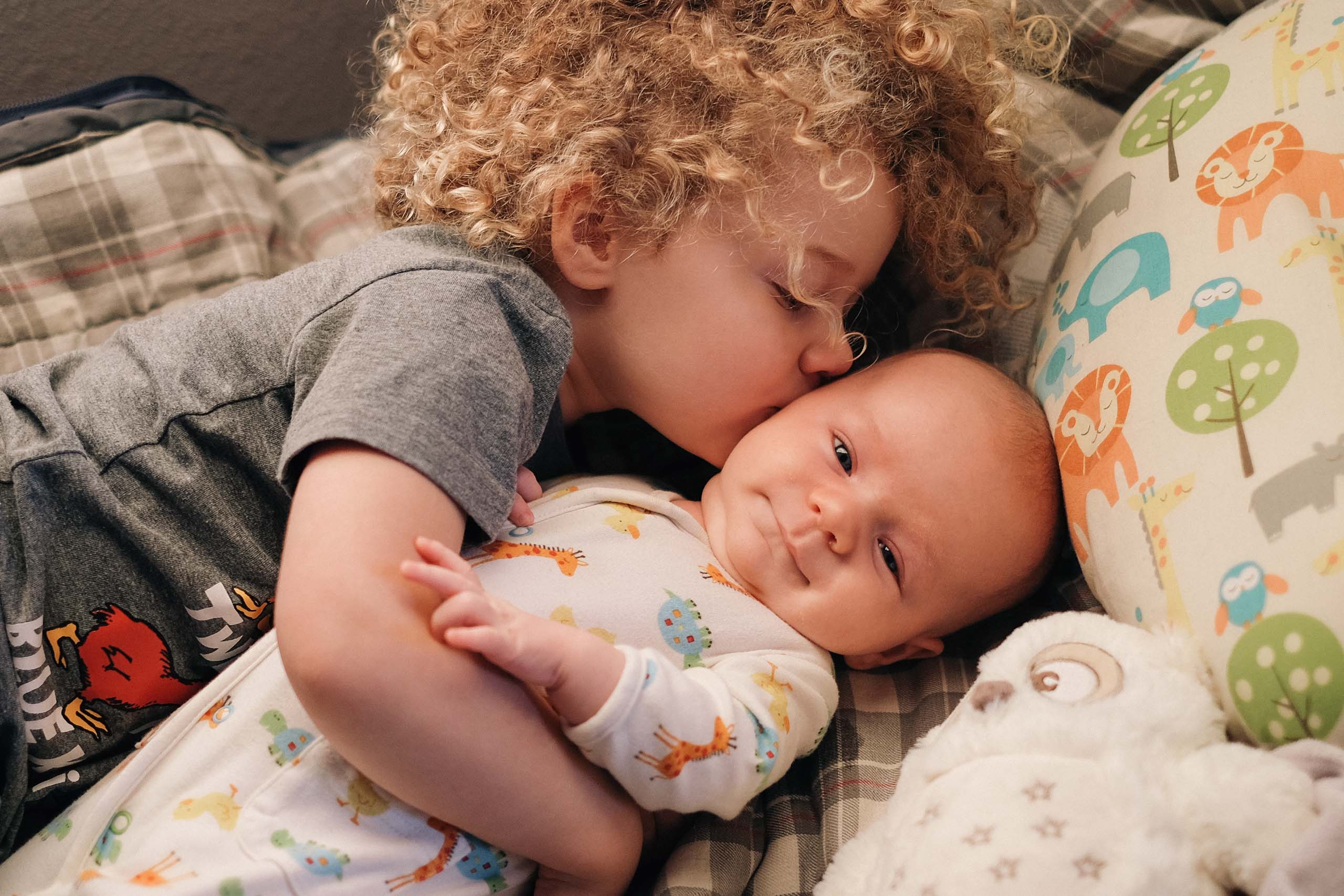 A final moment of zen.