Idara at Two and a Half

In my last post about Idara, I wrote about how she wanted everything explained to her, how she was singing more and more, and how her thank you’s sounded more like an expletive than an expression of gratitude.

One of the things that I’ve grown to hate after returning to America is that everyone is always too busy for everything. With this in mind I was reluctant to sign Idara up for any sort of classes, but somehow she’s now in two. And she loves them both. On Tuesdays I take her to Trampoline Town and then on Thursday Suellen takes her to a music class for kids. 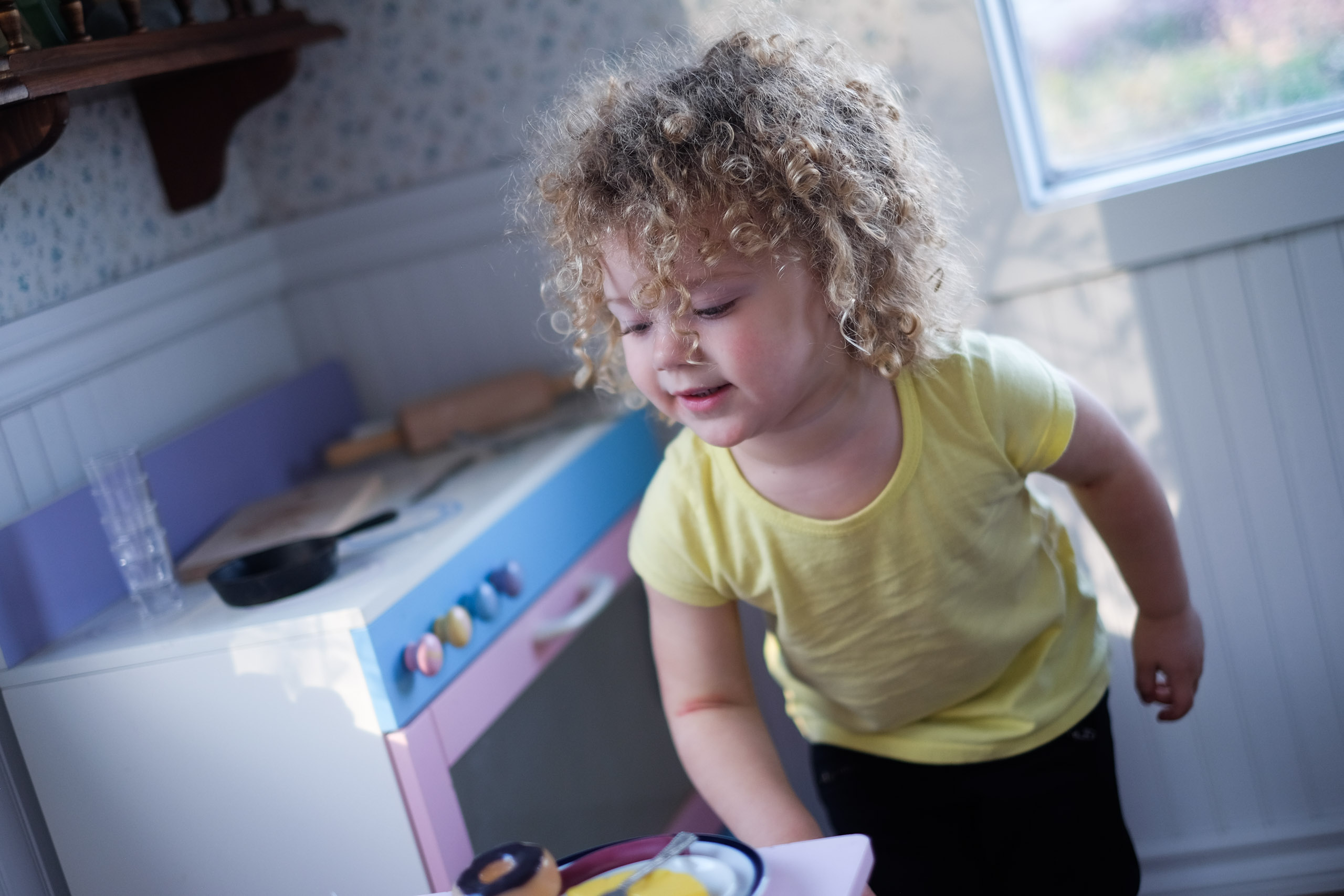 One of the places we stayed during spring break had a play house complete with a kitchen, a breakfast table, and a loft. Idara brought Rachael and I in and served us lunch.

Anyway, the music class seems really well-designed. They provide a CD of the class music so that the kids can play the songs at home and the parents can memorize every damn word and have it stuck in their head for days at a time. Thanks, Music Together. 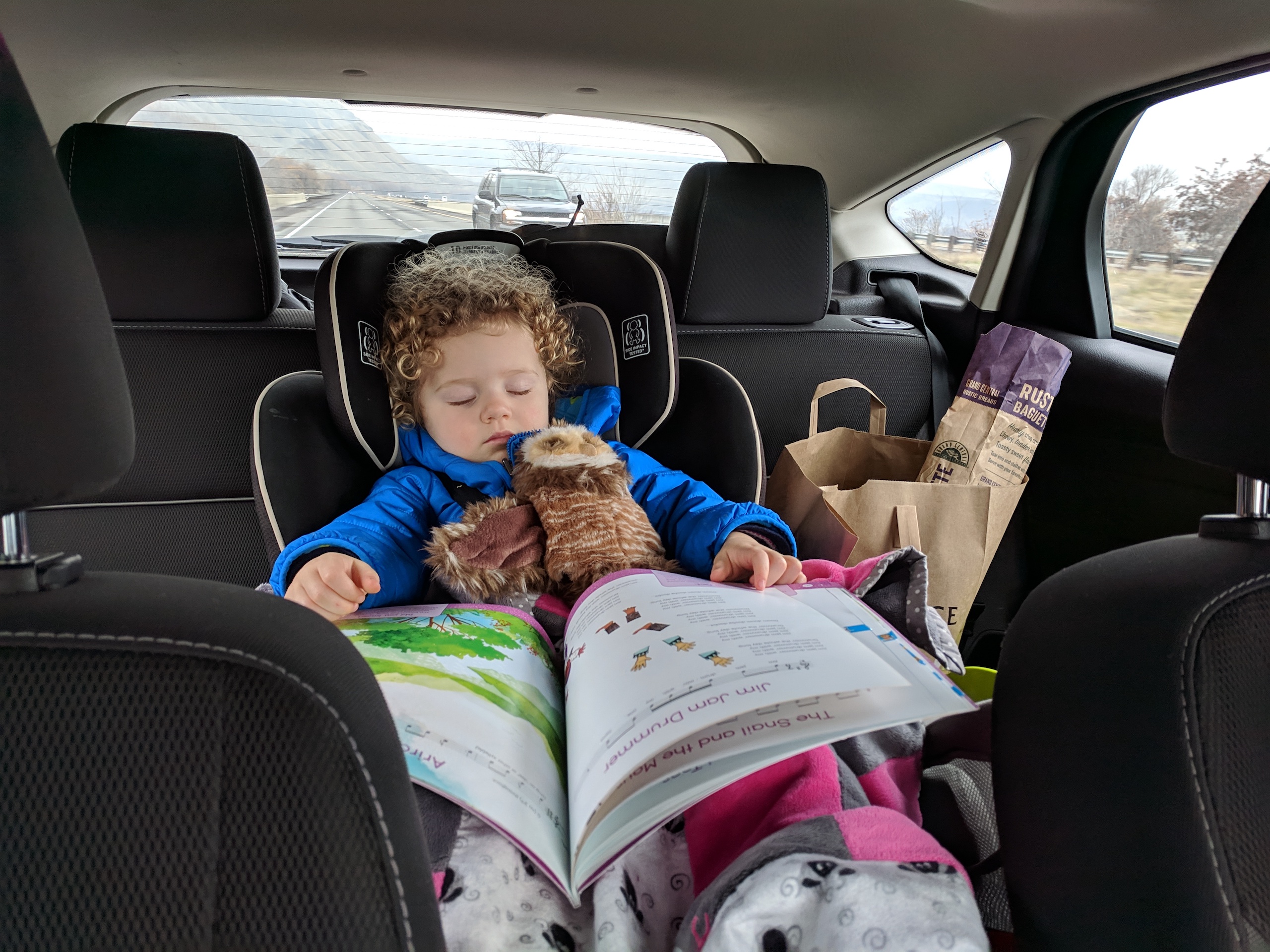 One of the greatest benefits of Idara’s music class is that it offers great entertainment on road trips. She opens the book, follows along with the songs, and sometimes even falls asleep.

But as I said, Idara loves it. She’ll often put on the CD in her room and sway silently to the music. It’s obviously a projection, but I swear I can see her trying to figure out the sounds and the rhythms. And she’s memorizing the words, too. Unfortunately her favorite time to recite them is at 6:34 a.m. “HELLO, EVERYBODY! SO GLAD TO SEE YOU!”

On Tuesdays morning we walk down the street to Trampoline Town and Idara spends the next 45 minutes bouncing on the trampoline, walking on the balance beam, and swinging from the trapeze. At least, that’s the ideal.

It took several visits before we could convince her to try out the trapeze. The leader of the class, Tia, lowered the trapeze and had her walk around with it in her hands. Then she set up a padded wedge for Idara to walk up and down while holding onto the trapeze. After working on this for a couple weeks, Idara finally walked up the wedge, lifted up her feet, and swung back and forth. But apparently that was excitement enough, because as soon as she could plant her feet squarely on the ground she let go of the trapeze bar and said, “All done.” 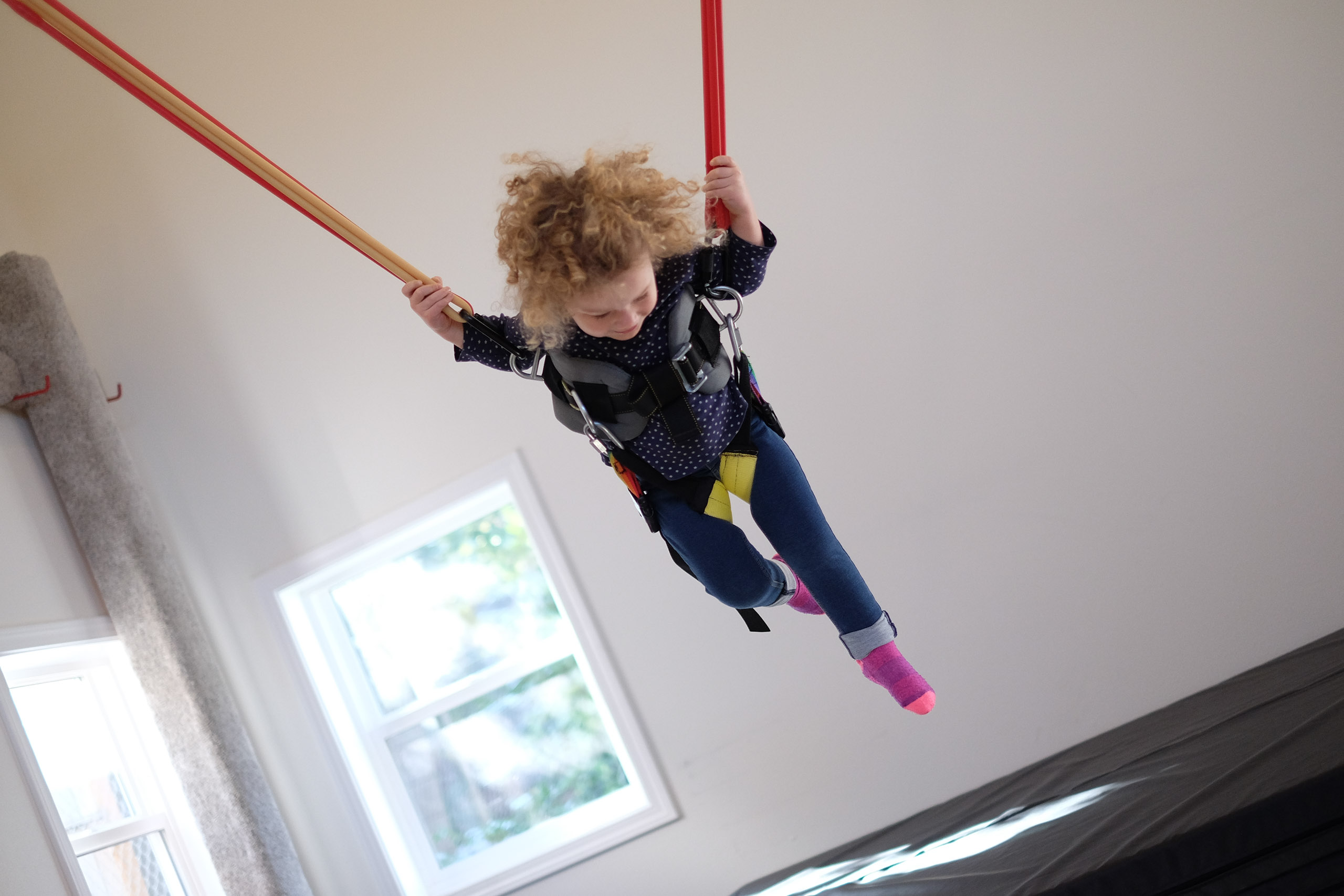 Idara swings in the bungee.

Tia and I undertook a similar campaign to get Idara to try out the bungee swing. And despite it swinging much higher and faster than the trapeze, Idara quickly grew to love it.

Idara often needs some encouragement to try new things, especially when they involve physical feats of daring. But more often than not, once she gives something a try she quickly grows to like it. So it’s hard to know when encouragement will lead to her trying out and enjoying something new and when it’ll lead to her sitting on a couch telling a therapist how her father never let her be herself.

If you ask Idara what time it is, she can tell you. “It’s 2:48!” she’ll say. And like any broken clock, Idara is right twice a day. Unfortunately she’s usually asleep at 2:48, so one day I decided to switch the clock. 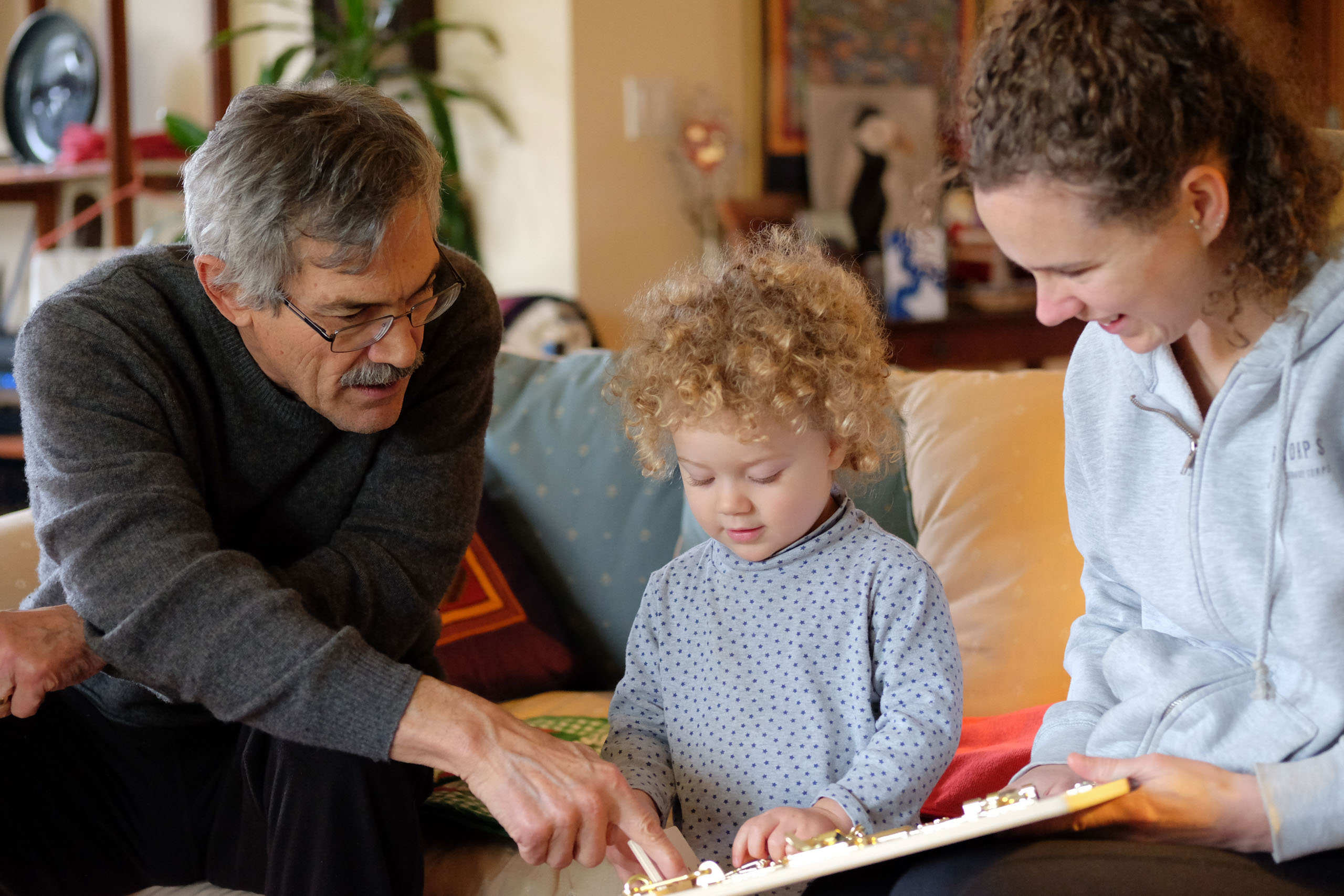 Gordy and Rachael reading with Idara.

Sometimes I like to use her newfound interest in timekeeping to my benefit. It usually goes something like this:

It’s all fun and games now, but when Idara is in first grade and her class is learning to tell time, she’ll probably have to be held back. “This clock says 2:48, too!” she’ll insist.

We bought Idara a dollhouse for Christmas. Rachael had seen how fascinated she was with the dollhouses at the Children’s Museum and thought that maybe, just maybe, a dollhouse at home would provide a few minutes of independent play for her and solitude for us. Not so. 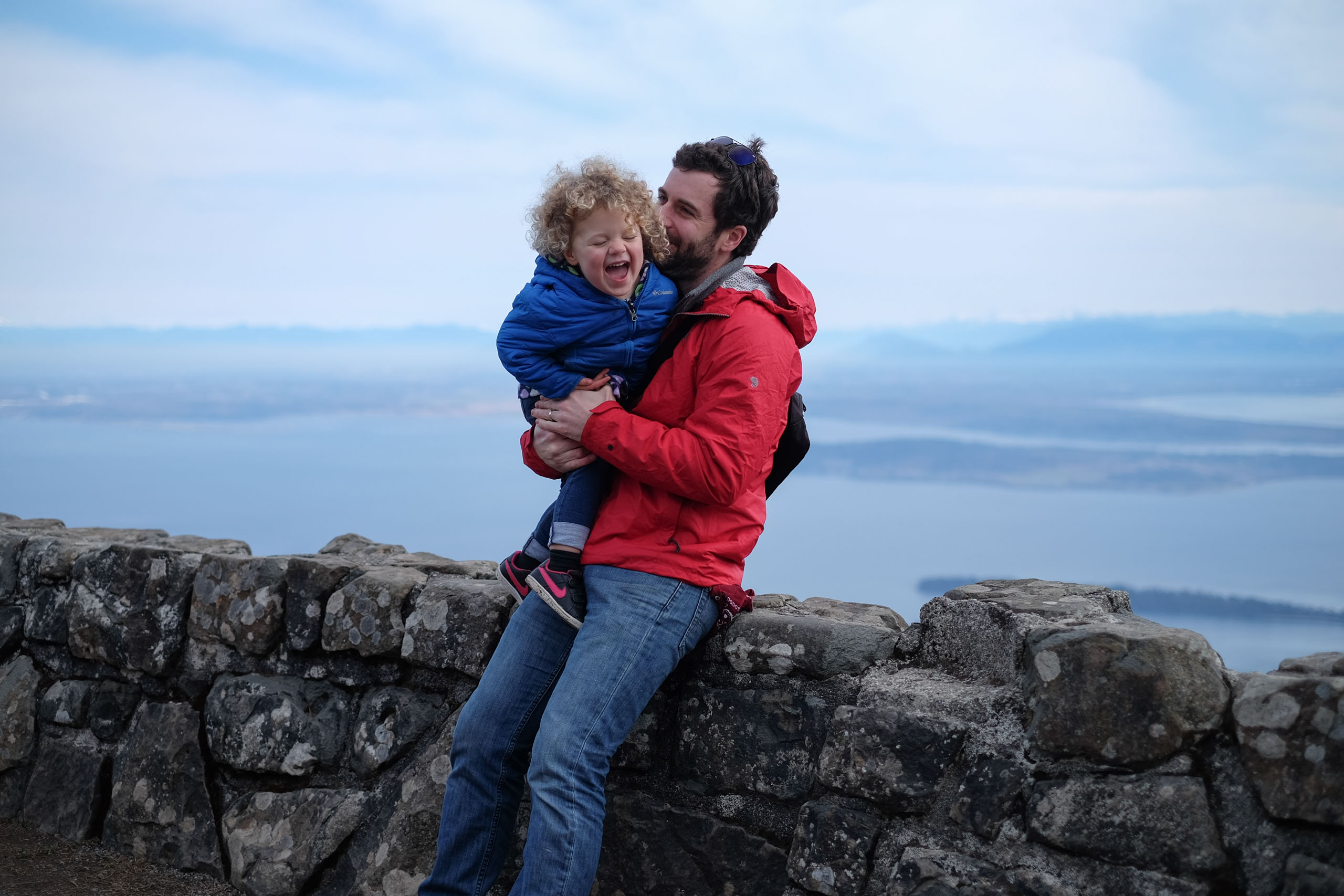 I hope I can always make her laugh.

When Rachael comes home from work she can barely hang up her coat before Idara implores her to “Come look at house!” Sometimes she asks me, or Gordy, but Suellen seems to be the best house-looker. I’ll bet I’ve heard the phrase, “Mimi come look at house” at least 500 times.

Contrary to what one might suppose, “looking at house” is actually a pretty involved activity. Idara demands undivided attention when house-looking, so don’t think you can use the time to catch up on anything else. If she senses your attention waning, she’ll tell you.

One of my great hopes for my relationship with Idara is that we never fall out of the habit of saying “I love you.” So I tell her as often as I can, even if she doesn’t seem to know what it means or care that I’m saying it. Before I give her a hug I hold her shoulders and say, “Can I tell you something?” I always follow with “I love you” or something similar. And apparently Idara is listening, because a few days ago when I said “Can I tell you something?” Idara responded, “I love you.” 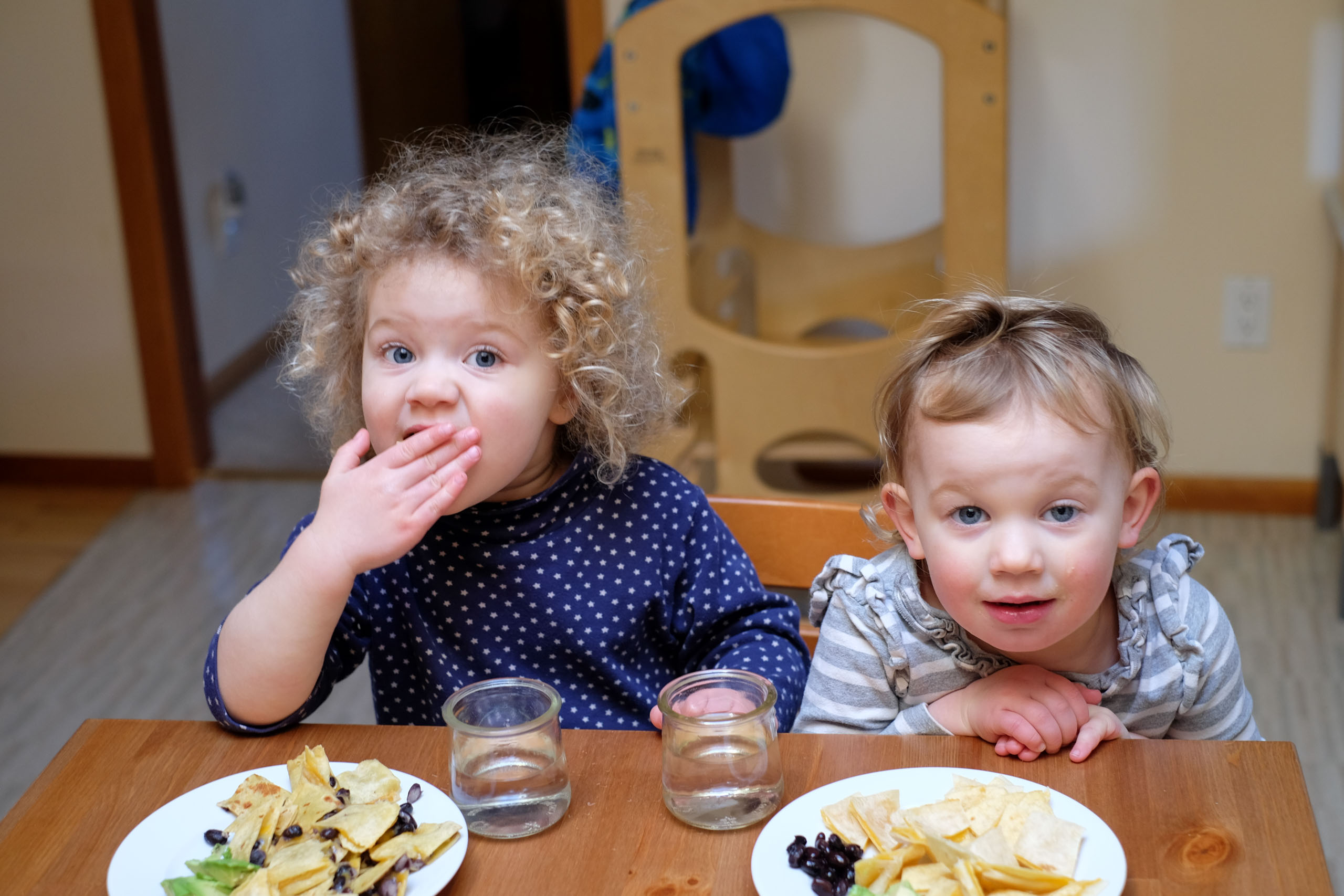 A few weeks ago Idara and her cousin had a playdate. Since Idara doesn’t have any siblings so I really enjoy seeing her bond with her cousins.

She hit me across the face when I was trying to put her to bed a few hours later, so I have to take what I can get.

Can I want cheese stick?

The other day Rachael took Idara to a doctor appointment. After Idara finished the examination and vaccines, her doctor asked, “Can I get you anything else?” Idara responded, “Can I want cheese stick?” 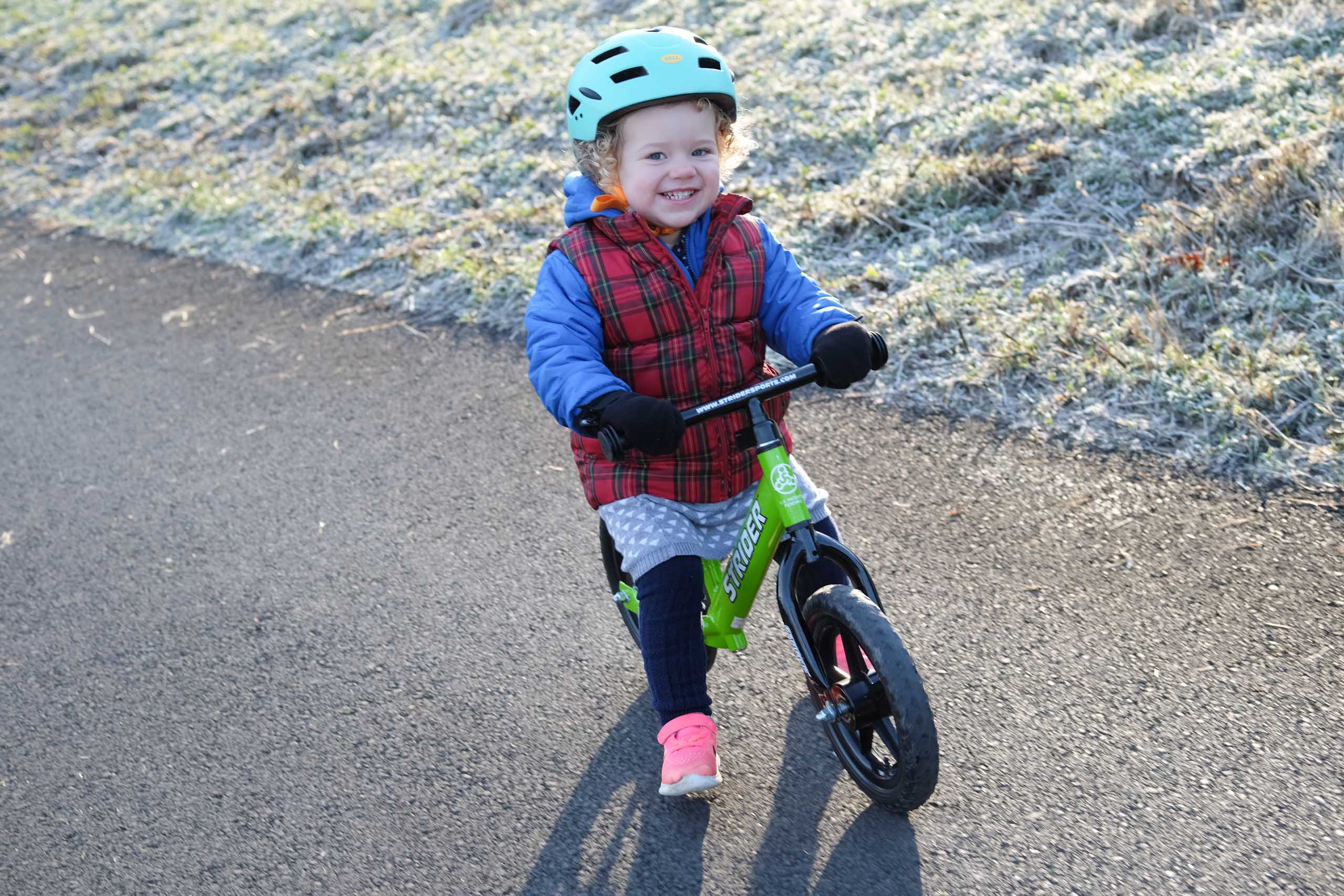 Idara’s been riding her balance bike more and more.

Whenever Idara wants something, she invariably asks, “Can I want _____?” I correct her and tell her that she instead of want, she means to say have. But I guess when you’re two there’s not much of a difference.

Anyway, there’s no faster way into Idara’s heart than stringed cheese, but unfortunately Dr. Hayes didn’t have any on hand that day. Maybe next time.