If you’d told me a year ago when Rachael and I were looking for jobs overseas that we’d landed spots and were now working at one of the top schools on our list, I’d have stared back at you in disbelief. If you’d gone on to tell me that we’d still be in Portland, working remotely through the night, then I’d really know that you were lying. And yet here were are. Immigration restrictions related to COVID-19 and a war have prevented us from moving to the country where we’re employed, so for now we’re still in Oregon.

Some days it feels impossible, like when I sleep in too late on the weekends and have to adjust my sleep schedule by three or four hours once the workweek starts again. It’s as if I’m dealing with a new bout of jet lag twice a week. Other days it seems somehow just barely possible, but I have to squint to see it.

Depending on the day, sleeping during the afternoon in the same house as a four-year-old, a one-year-old, and three other adults ranges from difficult to impossible. I move around a lot, sometimes sleeping in our bed, sometimes napping on the couch if the kids are asleep, or even sleeping in Gordy and Suellen’s tiny trailer across the street. When the lows dropped into the thirties, this meant sleeping in long underwear with a hat and socks inside two sleeping bags with a hot water bottle tucked in next to me and a heating pad underneath. 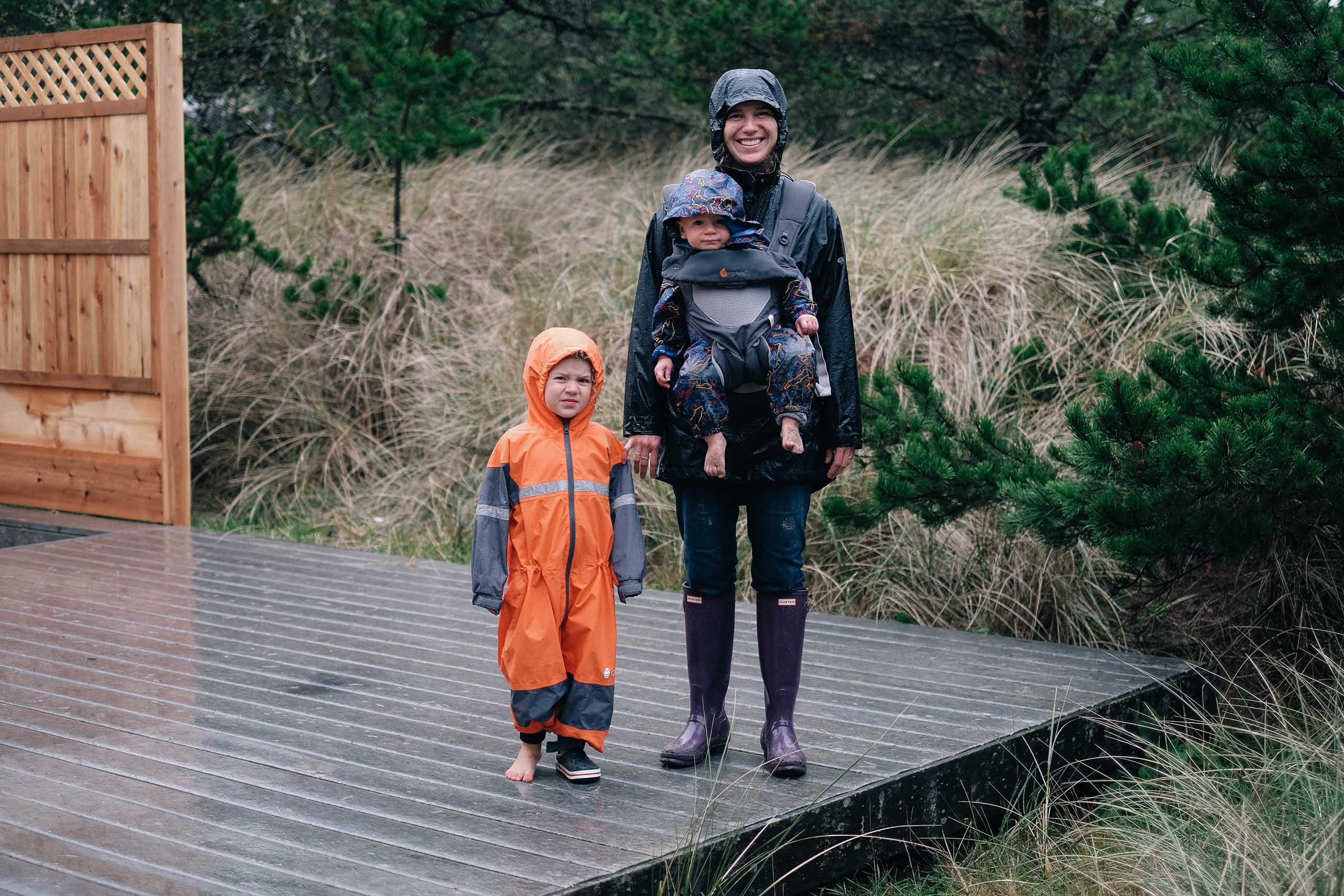 In spite of our work situation we’ve still managed to take advantage of our time in Oregon while we’re still here. In October we spent a few days in Pacific City, one of which was very, very wet.

My best sleep invariably comes in a single bed with pink, frilly “princess sheets” covered in glitter. There’s glitter on the pillow, too, and sometimes I look in the mirror after several hours of teaching and find a few specks still plastered to my face, as if I’ve just come home from a middle school dance. I’m trying (and failing) to get my students to tell me when I have glitter on my face. Maybe it’s a welcome distraction from the math.

In case it wasn’t clear already, this is Idara’s bed, and owing to the fact that it’s in the quietest, coolest, darkest part of the house, it’s a fantastic place to sleep. There have been plenty of days when every member of our family has slept in it: Idara at night, Rachael and Oren during one of his crap naps, and then me in the afternoon, till it’s time for Idara to go to bed again. She’ll come in at 8 p.m., give me a hug and kiss to wake me up, and then say “Good morning!” I’m sure it’d all be terribly adorable if I weren’t so terribly tired.

My face shows it, too. Even colleagues at our new school, people who I’ve literally never met in person,1 have said things like, “You should really try to get more sleep,” and, “You look pretty pale. Are you doing okay?”

To be honest, I feel like I am doing okay. It’s true that I’m paler than usual and that I have dark circles under my eyes. I also have a sneaking suspicion that sleeping during the day and working at night is exacting a toll on my body that I won’t fully understand for a long time. But I’m still getting six or seven hours of sleep, and I keep a relatively consistent schedule, ignoring the weekends. 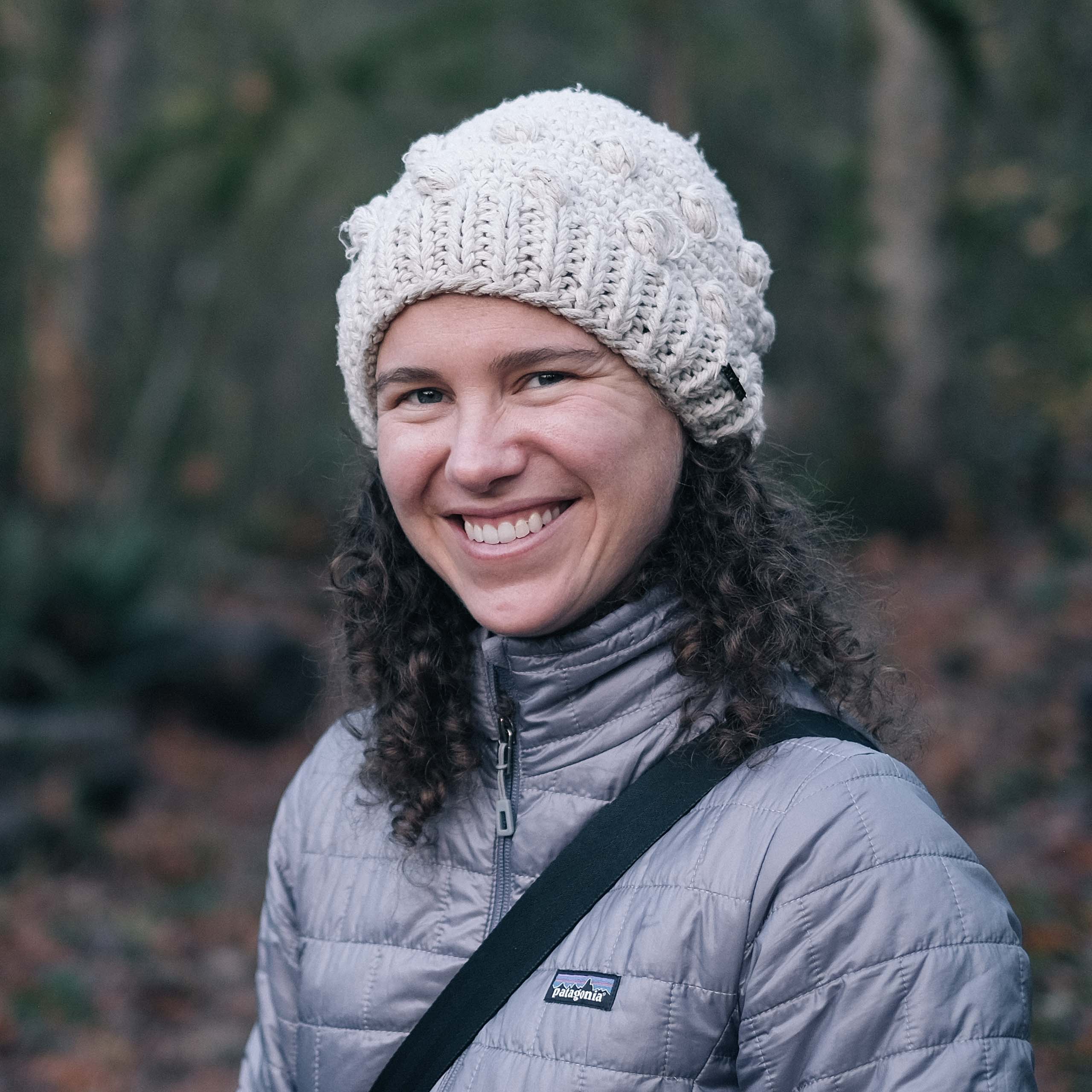 The person who makes all of this possible. And she’s even smiling!

All of this has been much harder for Rachael, who doesn’t have a consistent teaching load but instead attends a lot of meetings and meets with students individually and in small groups. Her work schedule is much more varied, which means that her sleep is more varied, too. And of course the only reason I can sleep in the afternoons is because Rachael is the one preparing dinner for Idara and Oren and putting both of them to bed.2 Rachael, for her part, adds that the only reason she makes all of this possible for me is because her folks, Gordy and Suellen, make it possible for her. We’d be lost if it weren’t for their help and companionship.

It’s been hard on Rachael and me as a couple, too. Ever since we first got together Rachael and I have spent a lot of time together. One of the reasons I was excited to work in a school again was because I knew that Rachael would be working there with me. Now instead of sharing all of our waking hours, we only overlap for about half of them. That’s compounded by the fact that we rarely sleep in the same bed, that we often eat at different times of the day, and that our familial responsibilities are growing increasingly unbalanced.

And so it’s with all that in mind that I’m excited to say that soon, all of this will come to an end. We’ve been given the go-ahead to move to Azerbaijan in January, a transition that we will make with a complicated mix of trepidation and optimism. More on that, soon.

This post is part of a mini-series on our long, drawn out transition to working in Azerbaijan. You can see the first post in the series here.