As soon as Rachael and I returned to her parents house we immediately began working through our change in plans. I called Alaska Airlines to cancel our flights, explaining our situation and adding that we never thought flying home five weeks early would’ve posed a problem. The woman who was helping me sounded sympathetic, but then went on to say that changing or refunding a flight incurred a $200 change fee. “Could you waive that fee?” I asked. “Absolutely,” she said. I’ve always wondered why companies impose fees that they’ll waive at the drop of a hat.

Next came a few emails to supervisors and administrators at our school in Qatar. I tried my best to convey that even though this looked like an attempt at an extended summer vacation, there was really nowhere in the world where we’d rather be than back in Doha. That’s where Rachael’s doctor was, and the hospital we were familiar with. Our friends were there, and we’d already began setting up our house for a baby. Not to mention our school and coworkers and students, which we’d be letting down by missing the most important part of the school year. Even so, we didn’t have a choice. All we could do was make the best of it.

We tried to keep ourselves busy as the weekend drew to a close, Rachael with her books and me with origami paper and online tutorials. I started with cranes and before long was folding elephants and dragons and unicorns.

On Monday, the day we were to fly out, we started receiving notification emails about checking into and boarding our flights. This continued into Tuesday, when Rachael showed me a text she’d received from the airline which read: “You may now gather your luggage at Carousel 4.” All of this with no contractions, no broken water, no baby. “We would’ve made it,” Rachael said. 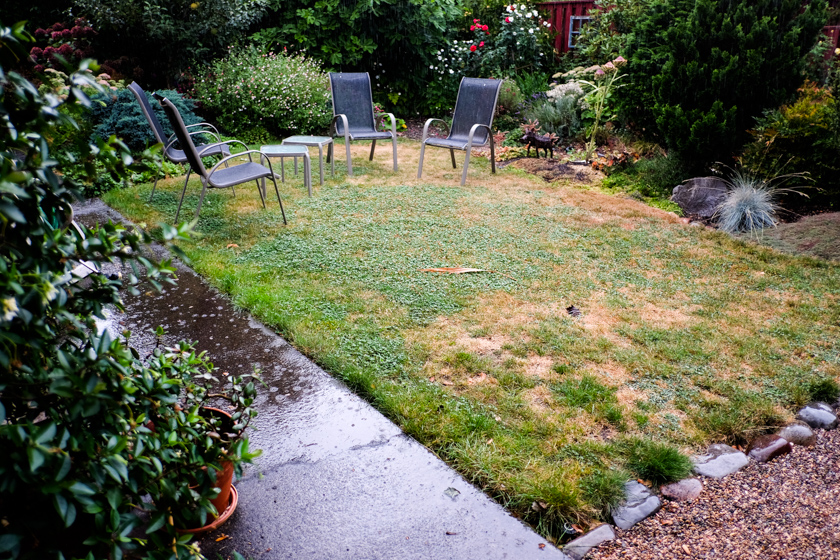 Just like that, the sun of July and August had turned to the rain of September.

Everywhere we looked we saw signs that life was moving on without us. Portland’s summer tourist crush had started to subside and students were heading back to school. The weather was changing too, with the hot dry summer abruptly giving way to cool air and rain. Most dramatic was just seeing September on the calendar, a month I’ve not spent in Oregon in five years.

It’s one thing when you know how long you’re delay will last, but it’s entirely different when the delay is open-ended. Would Rachael deliver five weeks early at the beginning of September? Or would the baby hang on until its due date in October? There was no way to know.