This is the first post in a five part series about how and why Rachael and I ended up delaying our return to Qatar. Click here for the next post. 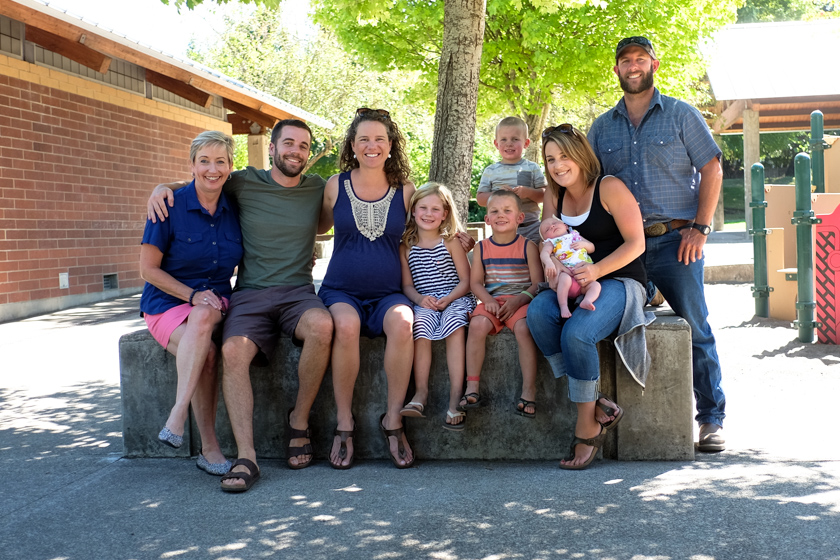 We took this picture two days before we found out we wouldn’t be able to go back to Qatar before the delivery. Ignorance is bliss!

Rachael and I took a birthing class back in July, and the midwife who was leading it offered some sage advice: “When your mucus plug comes out, there’s no need to send your doctor or midwife a picture. They’ll believe you.” The mucus plug, for the uninitiated, is a collection of mucus that rests in the cervix and helps protect the uterus and its fetal inhabitant from the outside world. Its departure is a sign that delivery is approaching, either in the coming hours, days, or weeks. When Rachael and I thought that hers may have come out a couple days before we were to fly back to Qatar, my first instinct was, of course, to take a picture. Maybe someone would want to see it!

We called her doctor and set up an appointment for that same day to make sure that it was still safe for her to board a fifteen hour flight to Qatar. After a nurse named Idara showed us to the room and took Rachael’s vitals, Dr. Hayes explained that the mucus plug isn’t quite the crystal ball that it’s made out to be. The best way to see how things were moving along, she said, was to check effacement and dilation of the cervix, which has to thin and dilate to ten centimeters prior to delivery. Dr. Hayes never asked to see the picture, and I was too embarrassed to volunteer it. Oh well.

Shortly after Dr. Hayes began the cervical exam, I heard her say, “oh” under her breath, as if she found something she wasn’t expecting. A few more quiet moments passed and then the exam was over. She took off her gloves and began to explain what effacement was and then interrupted herself. “Look, what I’m trying to say is that I don’t think you should get on that plane.”

Rachael and I looked at each other with widened eyes and Dr. Hayes continued. “Usually, at this stage of pregnancy, the cervix should feel firm, like a rubber ball. Yours feels like Jell-O. What this means is that you could literally go into labor in the next few days, or even tonight. I wouldn’t recommend a three hour flight, let alone fifteen.”

“Okay,” I said, trying to process the news and its implications.

“I know that’s not what you want to hear. The good news is that babies born at this gestational age usually end up doing just fine. They just might have some breathing issues or need to spend a little while in the NICU.”

Oh yeah, I thought, this is about our child, not us. I should be preparing myself for a 34 week preemie rather than thinking about health insurance or rescheduling flights. Still, the thoughts were hard to shake. Ever since we’d found out that Rachael was pregnant back in February, we’d been planning and preparing for delivery in Qatar. We’d found a hospital and doctor we’d liked, had all of her prenatal appointments. Everything was planned out, all we had to do was follow through. Instead, it’d all be different — different doctors and nurses, different hospital, even a different country.

Dr. Hayes left us alone and told us that the nurse would be in shortly to set up weekly prenatal appointments leading up to the expected due date in early October. Rachael sat on the exam table and cried, and I put my arms around her. “Just a big change of plans,” I said. “That’s all.”