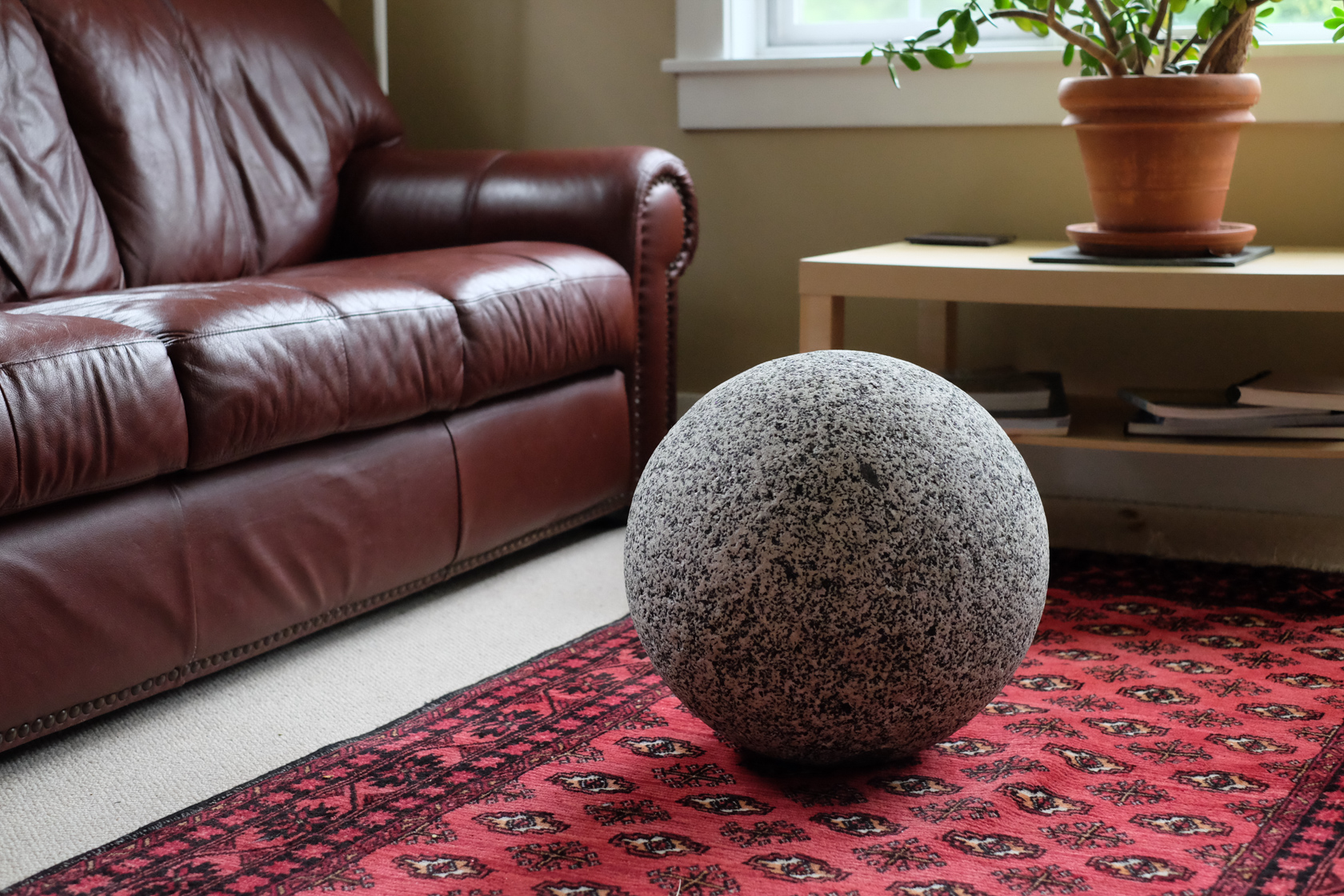 The rolling rock in the living room.

A few weeks ago Rachael and I rented a house on Bainbridge Island with some old friends from Qatar. Inside the living room we found this giant rock resting on the carpet. I immediately tried to pick it up, but it was far too heavy. It appeared perfectly spherical, as if it were made by a machine. The real story, it turned out, was even more impressive.

The owner of the house told us that she and her husband had long been searching for a large spherical rock and one day they found one. It was on a beach in Alaska, and since they were running a crab fishing boat at the time, they had the ability to bring it home. They used the crab trap lift to move it onto the boat and then contracted with a freight company to transport it back to Washington. She said it weighs about 350 pounds, and a geologist she knows estimated that it probably spent about a million years being rounded off in the bottom of a stream or river. Incredible.

Over the course of the few days we spent there, I alternated using it as a chair and a footrest. I rolled it around a bit and stood on it like a bear at a circus. I told myself that someday, when I own a house, I’ll find for it a giant, rolling rock.