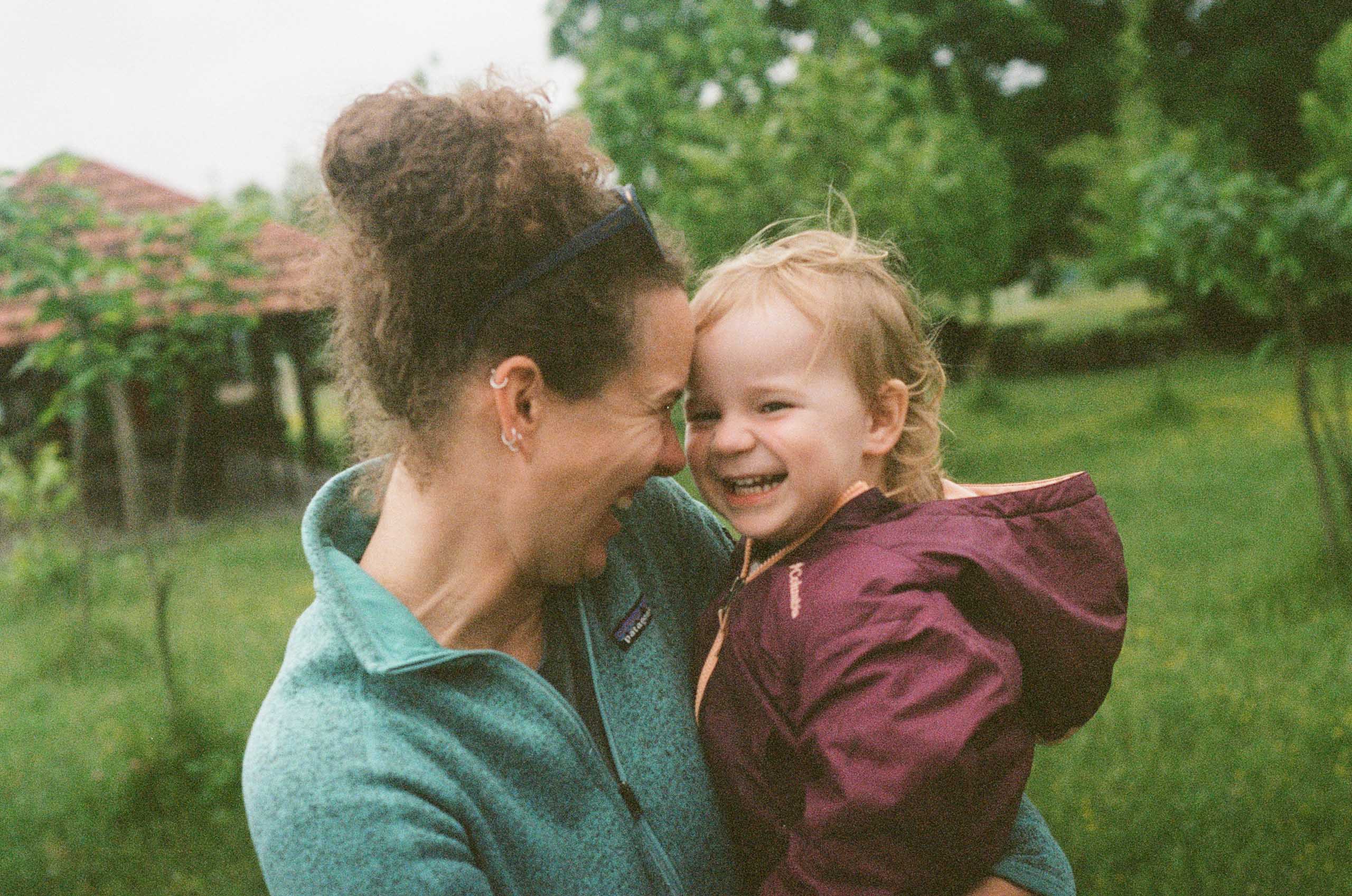 Rachael and Oren on a farm near the Georgian border. Shot on Kodak Portra 400 with a Pentax ME.

Years from now the thing I think I’ll remember about Oren at this stage is that he’s an endlessly fascinating mix of rough/tumble/crash on the one hand, and kiss me/hug me/love me/baby me! on the other. When I mentioned this to Rachael she said, “Yeah, men.” Which at first I took as a joke but realized is actually just a statement of fact, and not a negative one either. I’m pulled in both of those directions, too, though as I get older it becomes easier to hide. Oren, on the other hand, lays it all out.

So anyway, no more movies with guns, at least until he can vote. In fact the only thing we watch nowadays are nature documentaries, mostly because there are no guns. There is violence (snakes catching bats, for example, or orcas surrounding and eating a grey whale calf) but Oren responds to it completely differently than when it’s humans acting it out. He’s scared, or as he pronounces it, “hhhkared.” Sometimes he’ll get up from the bed where we’re laying to watch and stand in the doorway, apparently too spooked to be near the television but too interested to leave the room. Afterward he talks about the animals and pretends to be them. One moment he’s an alligator and I’m dinner. And the next moment he grabs me by the cheeks and says, “Papa you big so you need a big hug. And a kiss.”

Over the summer when we staying with Gordy and Suellen in Oregon, Oren woke up from his nap and wandered around drowsy in the backyard. Idara had been hanging out in her room alone for an hour and was ready to play.

Idara: Do you want to race?
Oren, sleepily: Sure.
Idara: Okay, first to the fence. Are you ready? Are you sweaty? Go!

Idara tuns off. Oren trails behind, walking. He gets halfway to the fence, stops, and says mostly to himself, “I win.”

A few months ago when we were struggling to get Oren to bed we stumbled upon a strategy that actually worked, at least occasionally. After he’d come out of his room for the twelfth or thirteenth time we’d put him in his old crib, which had been repurposed in our room as a place to put clothes that were too clean for the laundry but too dirty to go back in the closet. One night, long after Idara had started sawing logs, Oren burst out of the room like he’d just begun a 100 meter sprint.

The most annoying thing about these after-bedtime races is that we’re already half fallen asleep ourselves, usually on the couch with tea or something sweet. I caught him, wrestled him back into his bed, and whispered into his ear as sternly as I could manage: “Oren, if you don’t stay in bed you’ll have to go back in the crib with the lights off and the door closed.”

Clearly impressed by the seriousness of his situation, Oren paused for a moment and then whispered back to me: “…you eat cookie!” 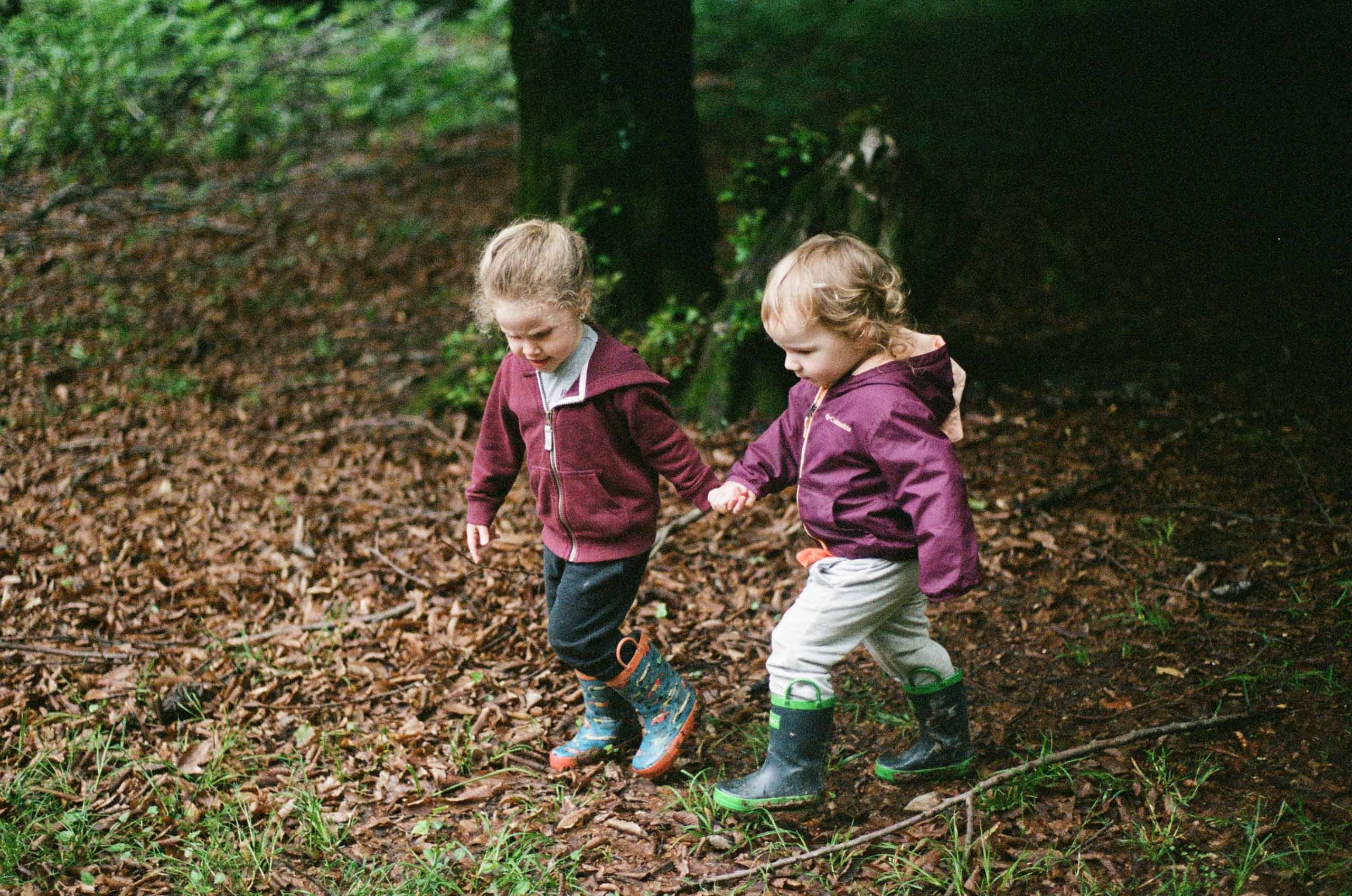 Oren walking with Luna, the daughter of a close friend of ours who used to live in Azerbaijan. Shot on Kodak Portra 400 with a Pentax ME. 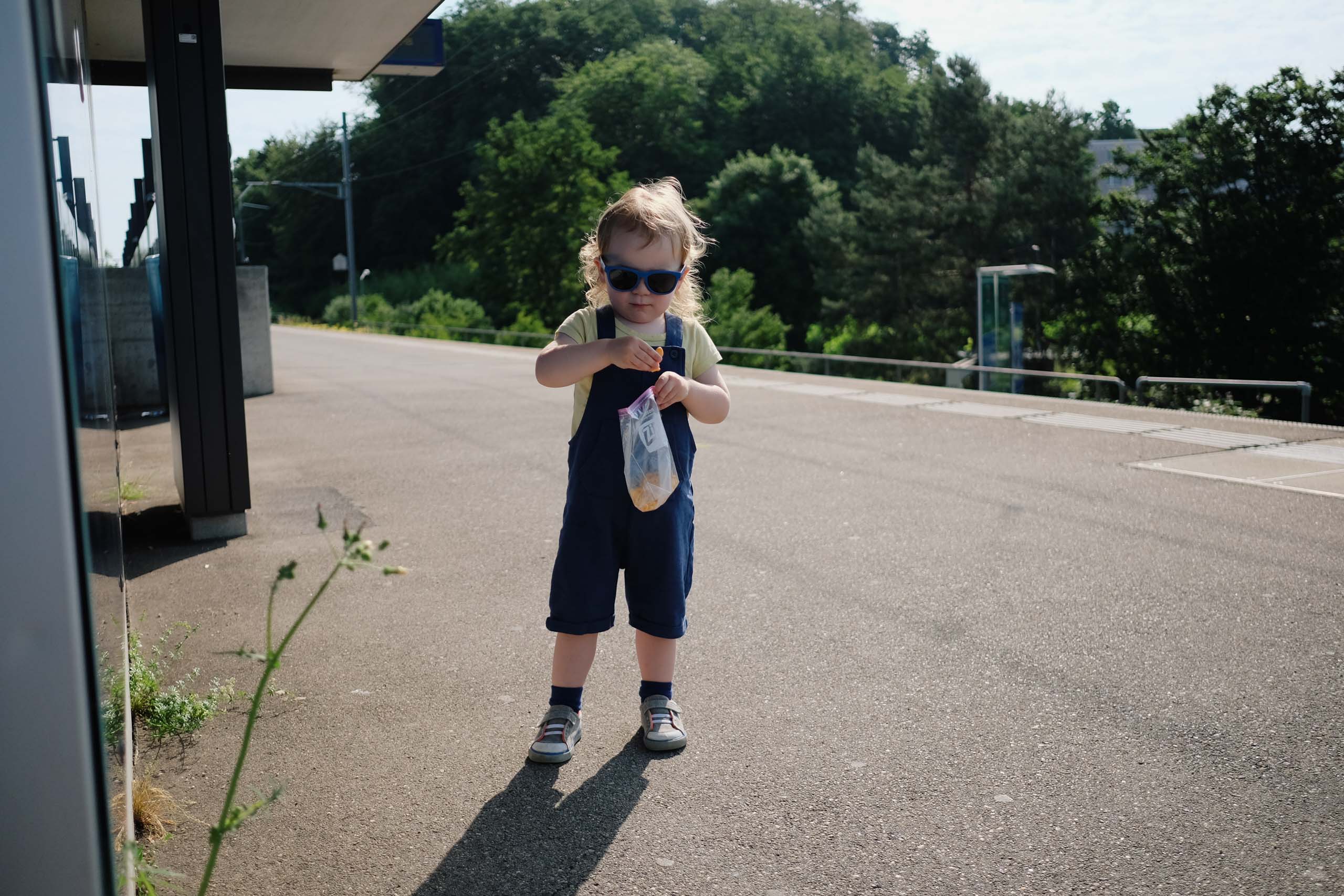 Oren at a train stop in Zurich, about to meet up with Kjerstine and her family. 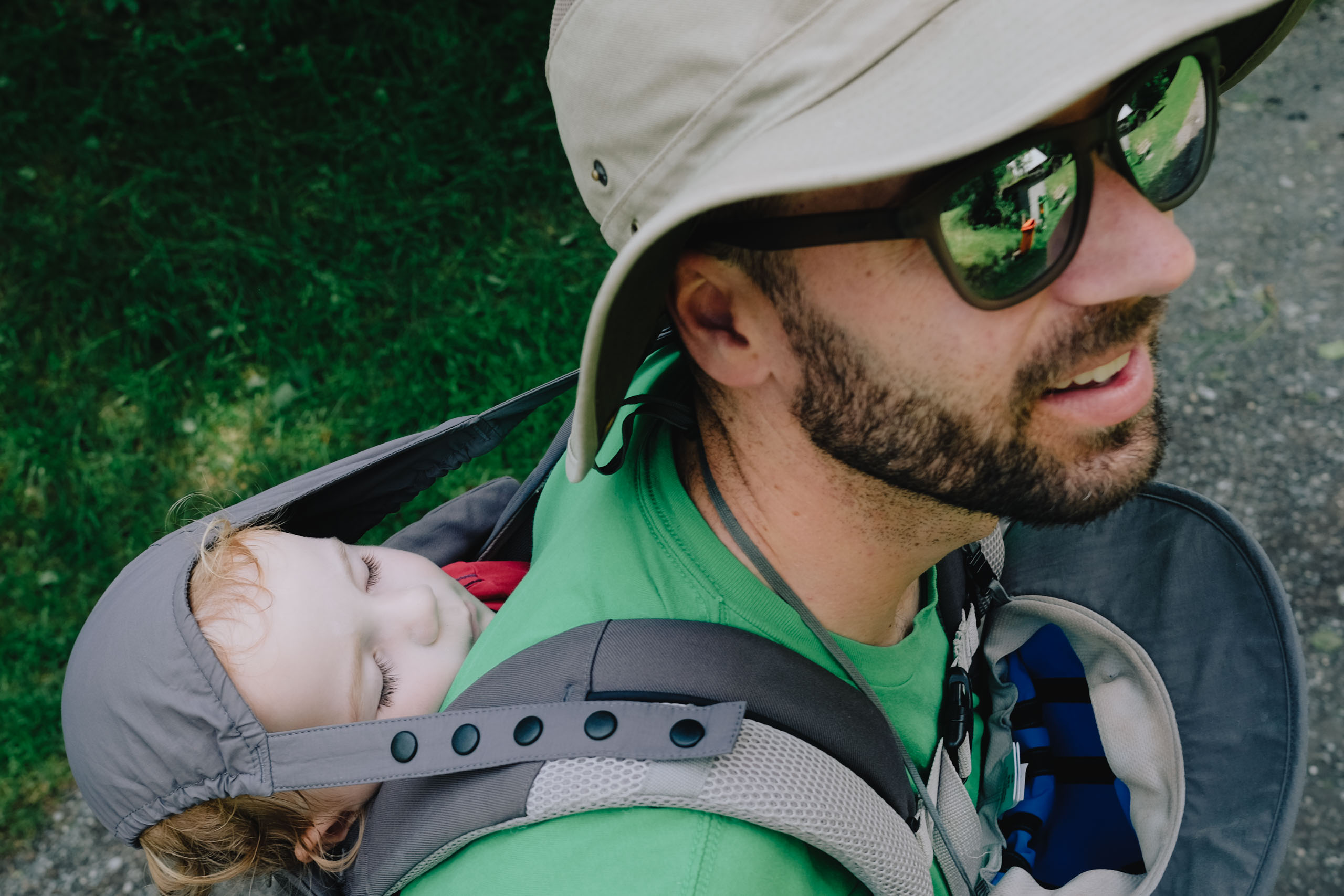 Oren spent a lot of the summer asleep in the baby carrier, despite being about ten pounds over capacity. 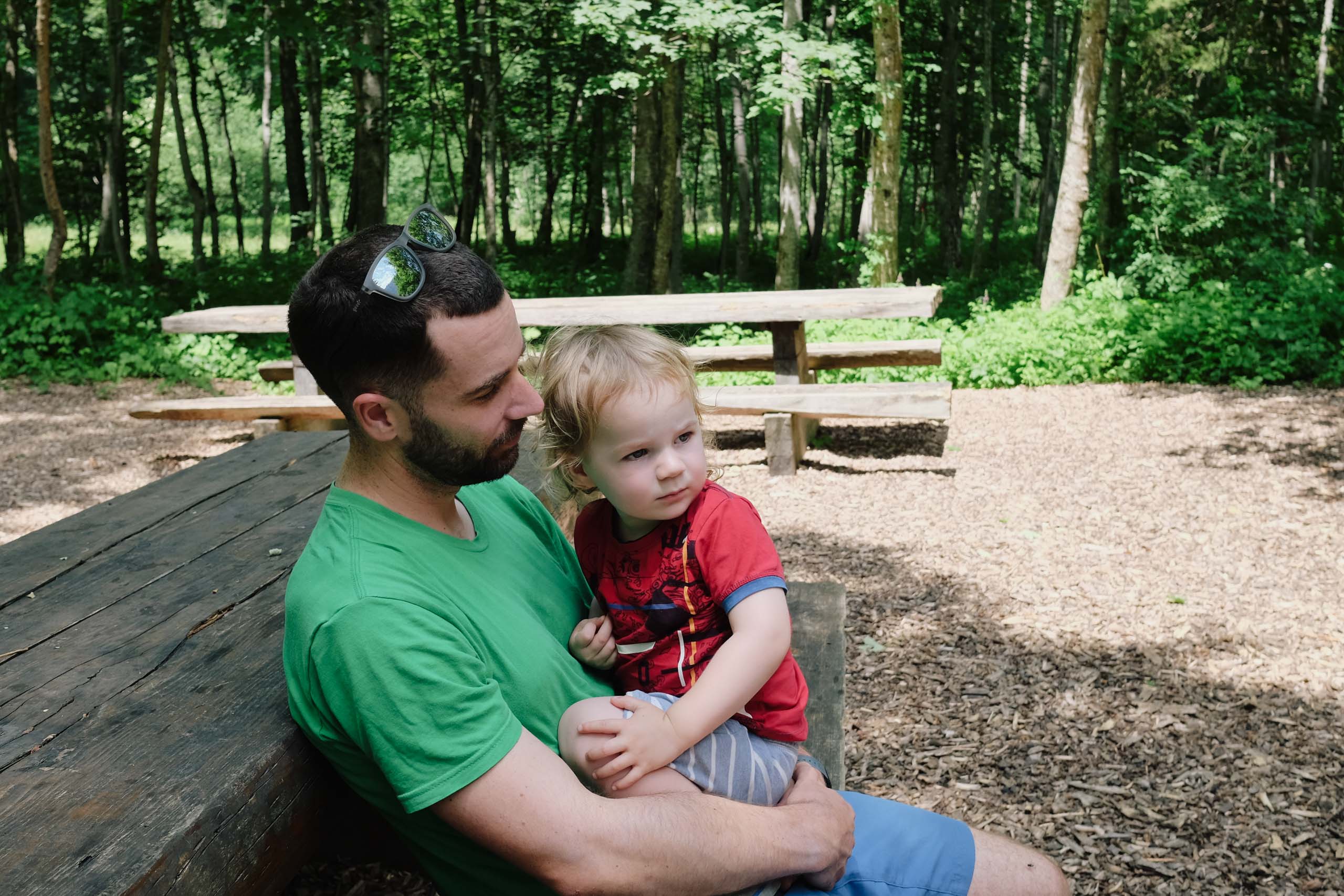 One day he was especially clingy toward Rachael and I’d had enough. Rachael, bless her heart, tried to capture a photograph of us bonding so that years from now there’d be some photographic evidence that Oren and I actually spent time together. I’m sure he was reattached to her shortly after she took the picture. 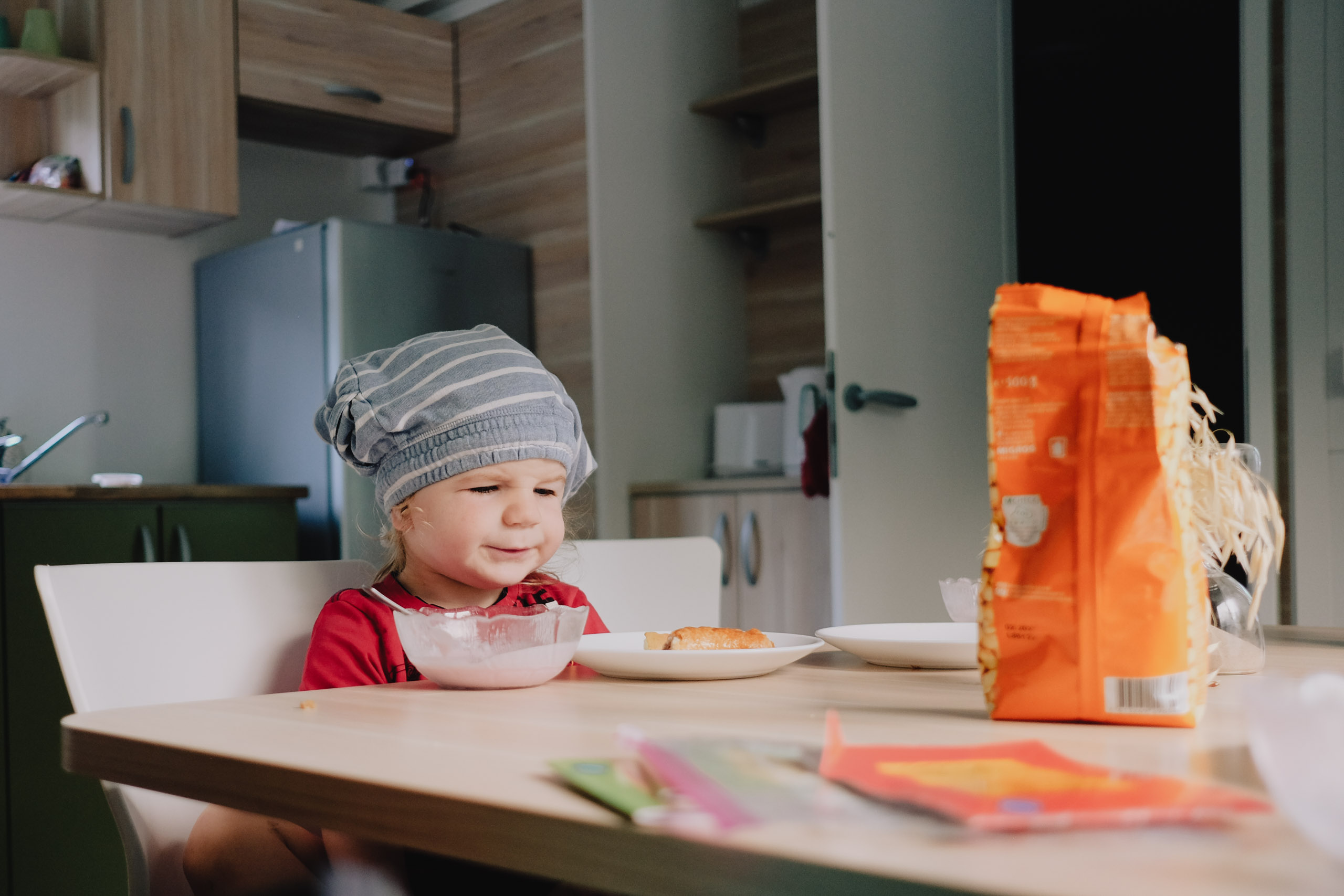 If Oren were a neanderthal. 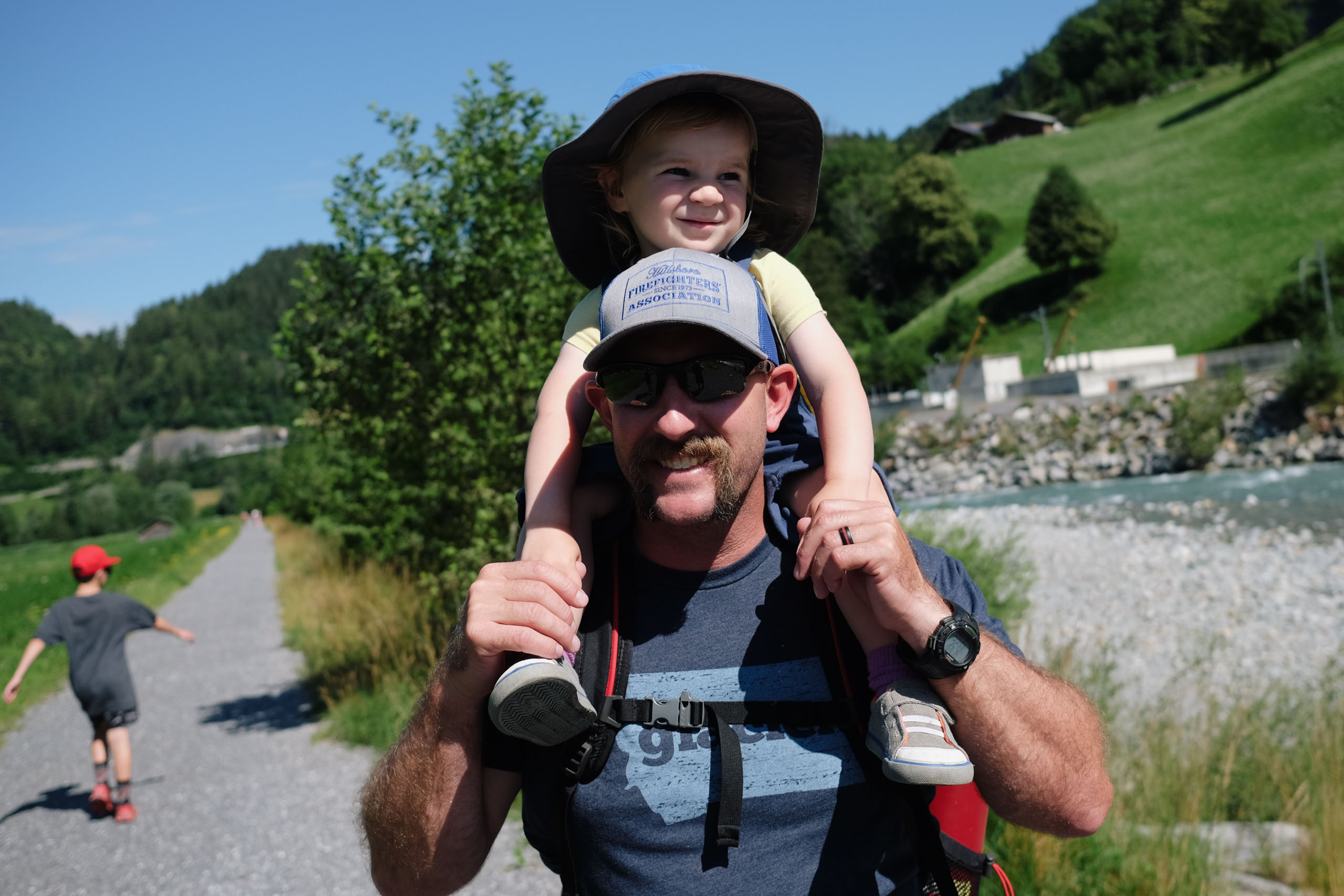 Oren with his Uncle Chris in Innertkirchen, Switzerland. 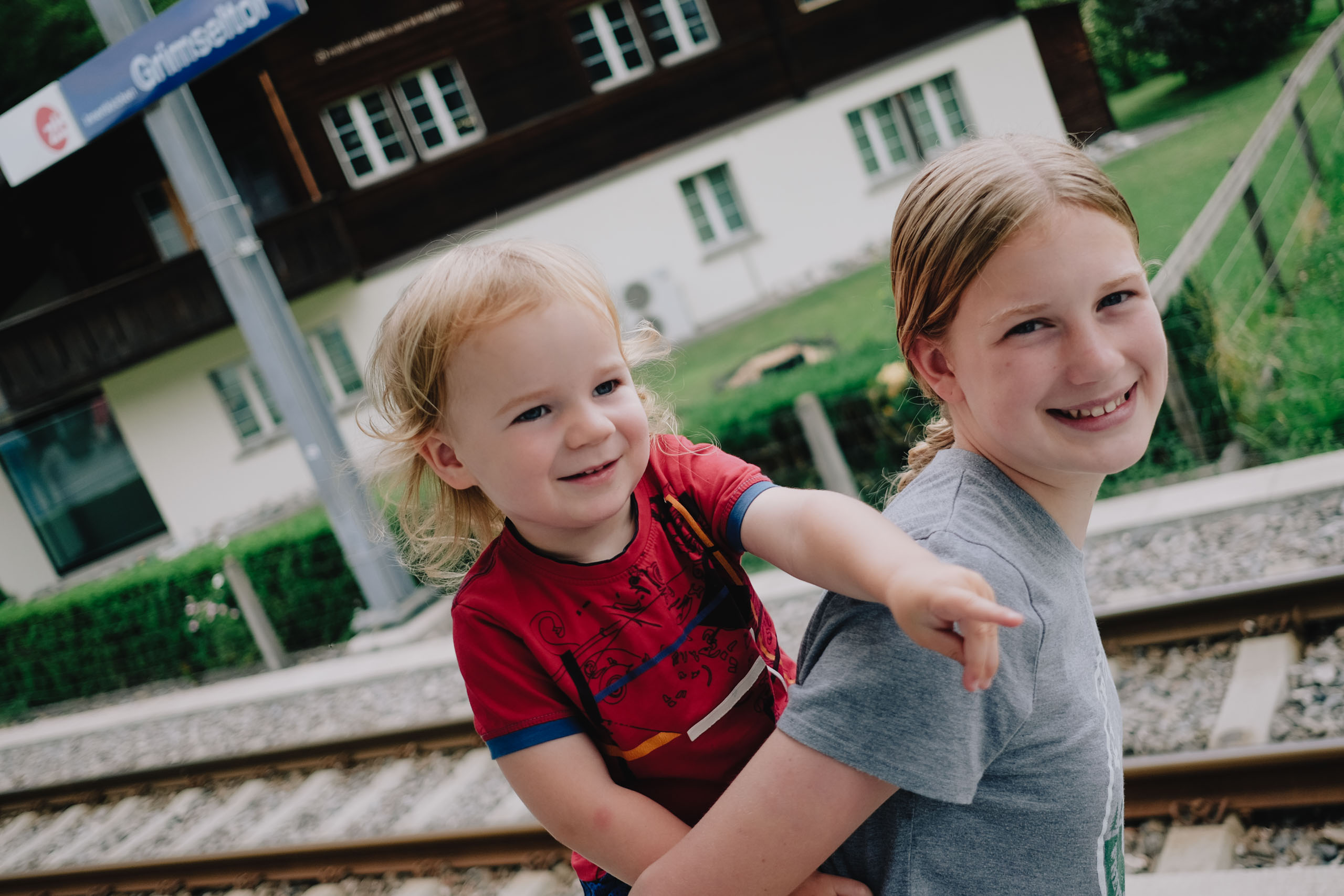 Oren with his cousin [and au pair in training] Claudia. 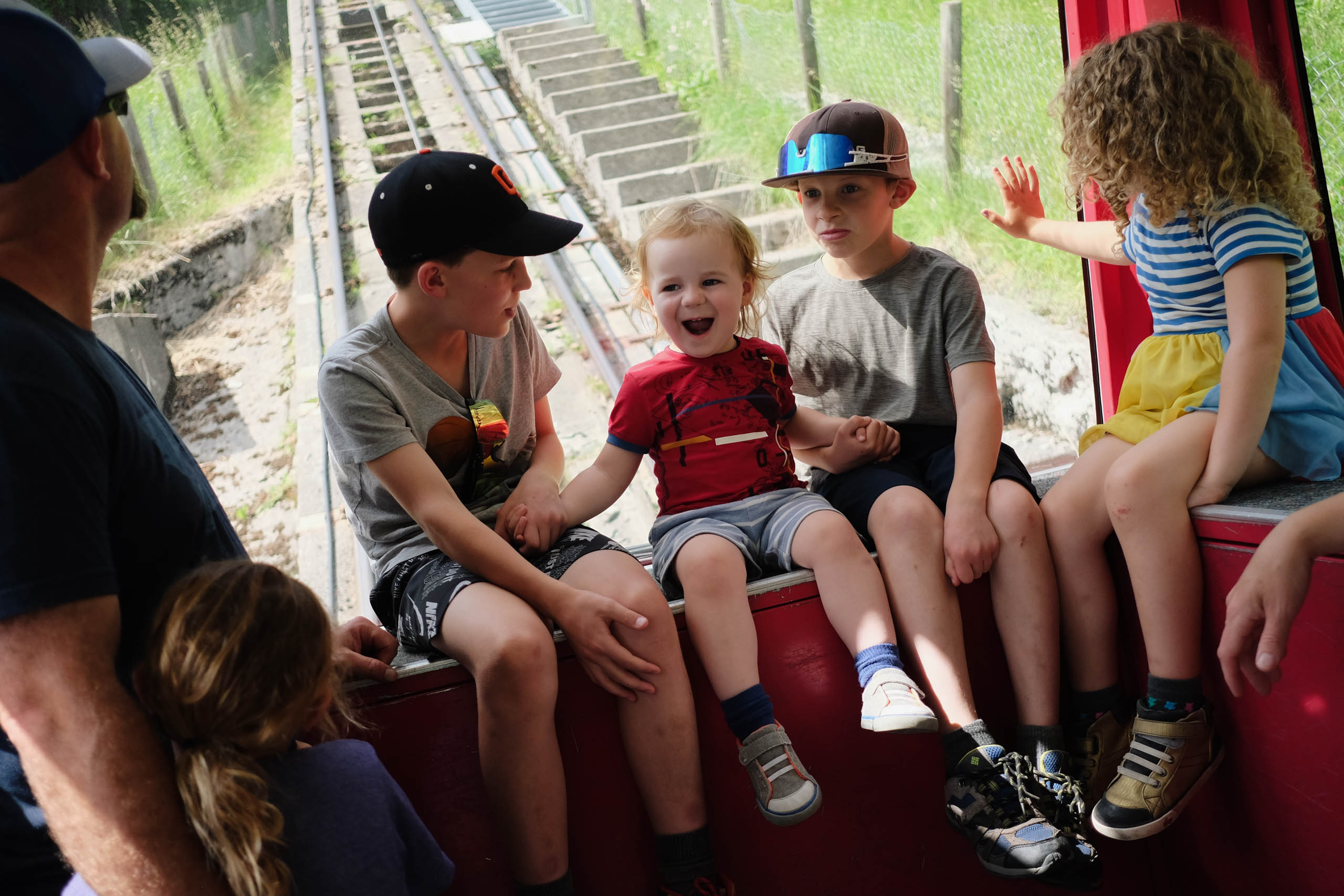 Kjerstine’s kids are wonderful with our kids. Here’s Frank and Henry trying to assuage Oren’s fears about riding in a funicular to Allmendhubel, Switzerland. 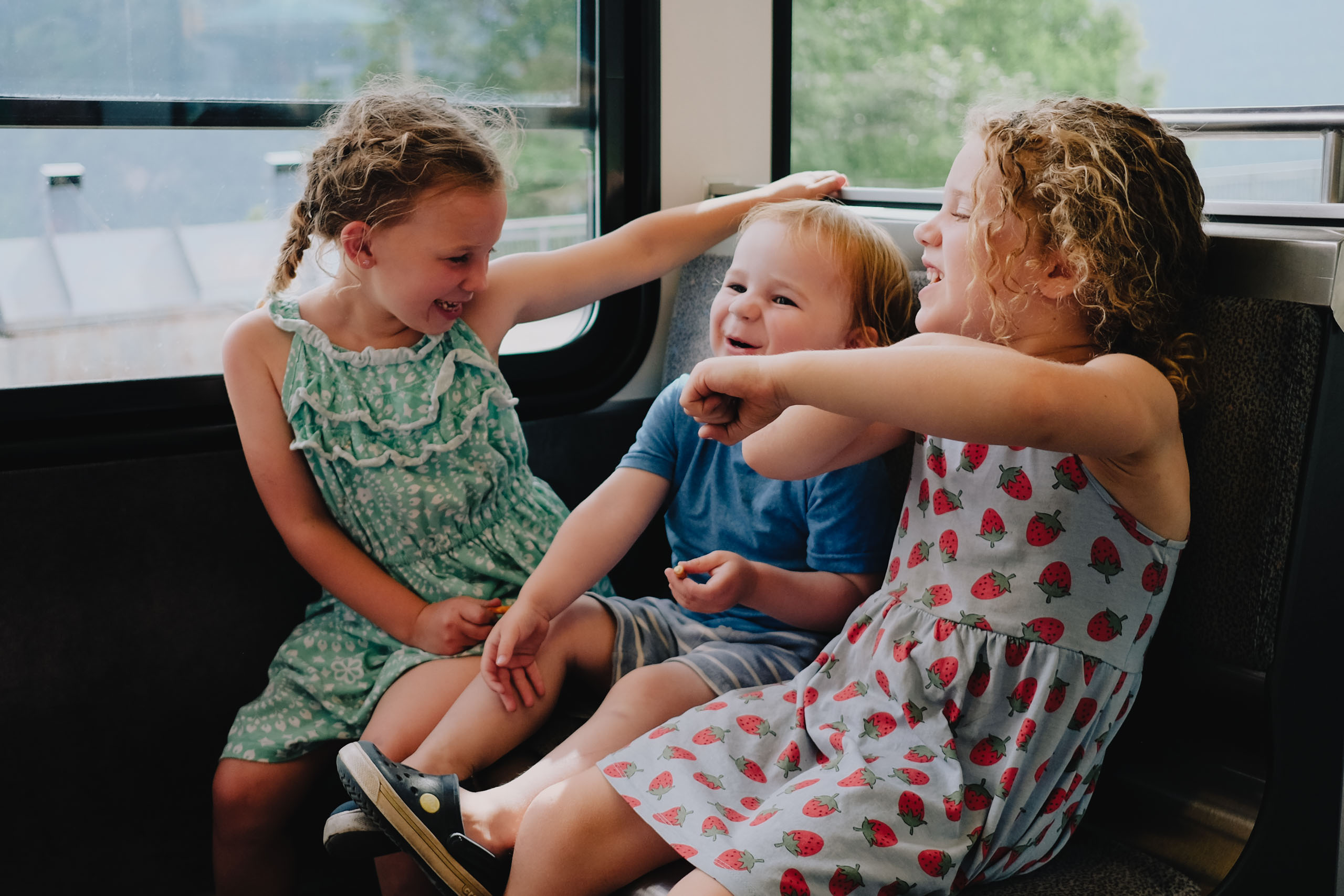 Their first day reunited after ten months apart. This was on one of the trains we took from Zurich to Lauterbrunnen. 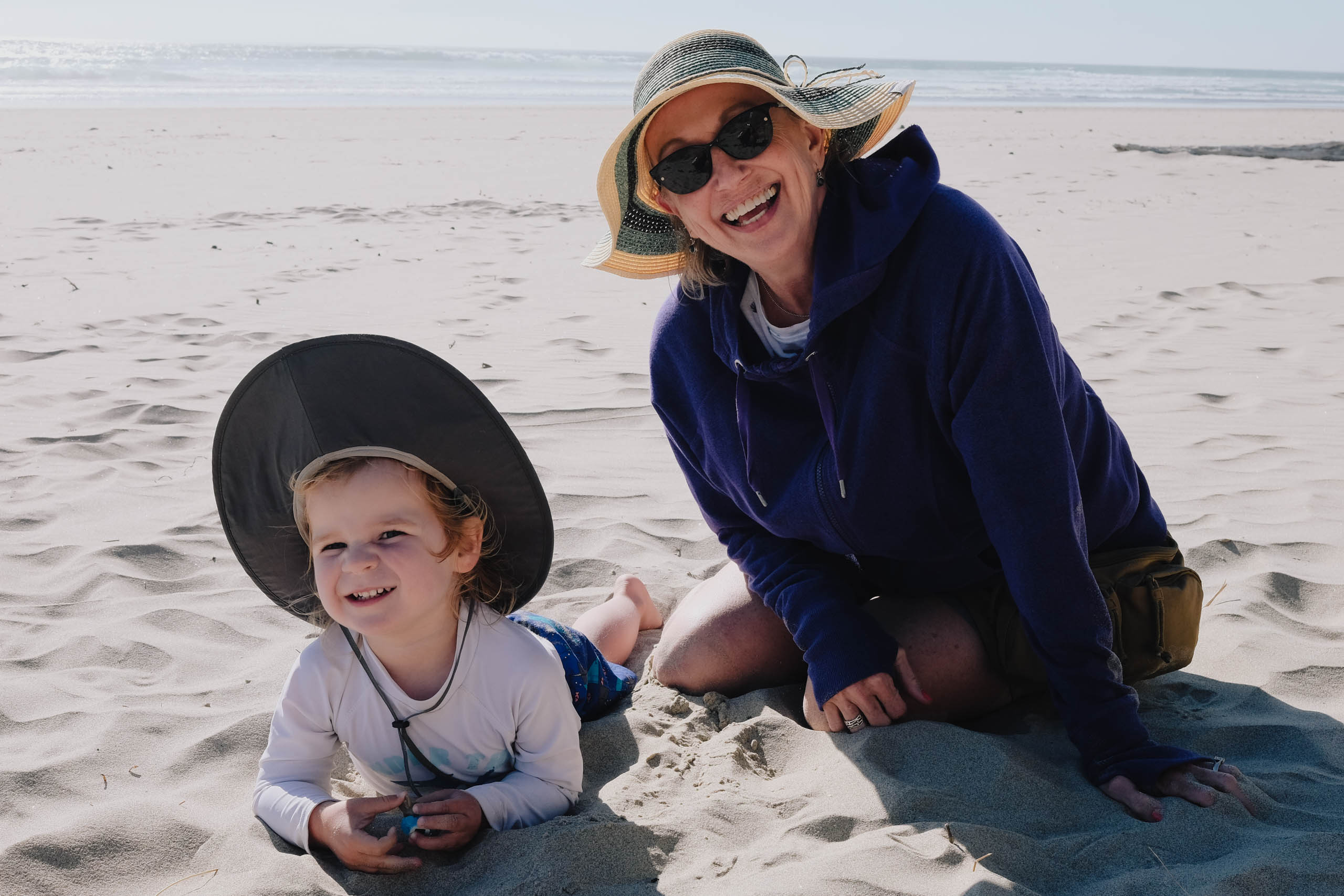 Oren and his Mimi Dawn (grandma) on the beach in Manzanita. 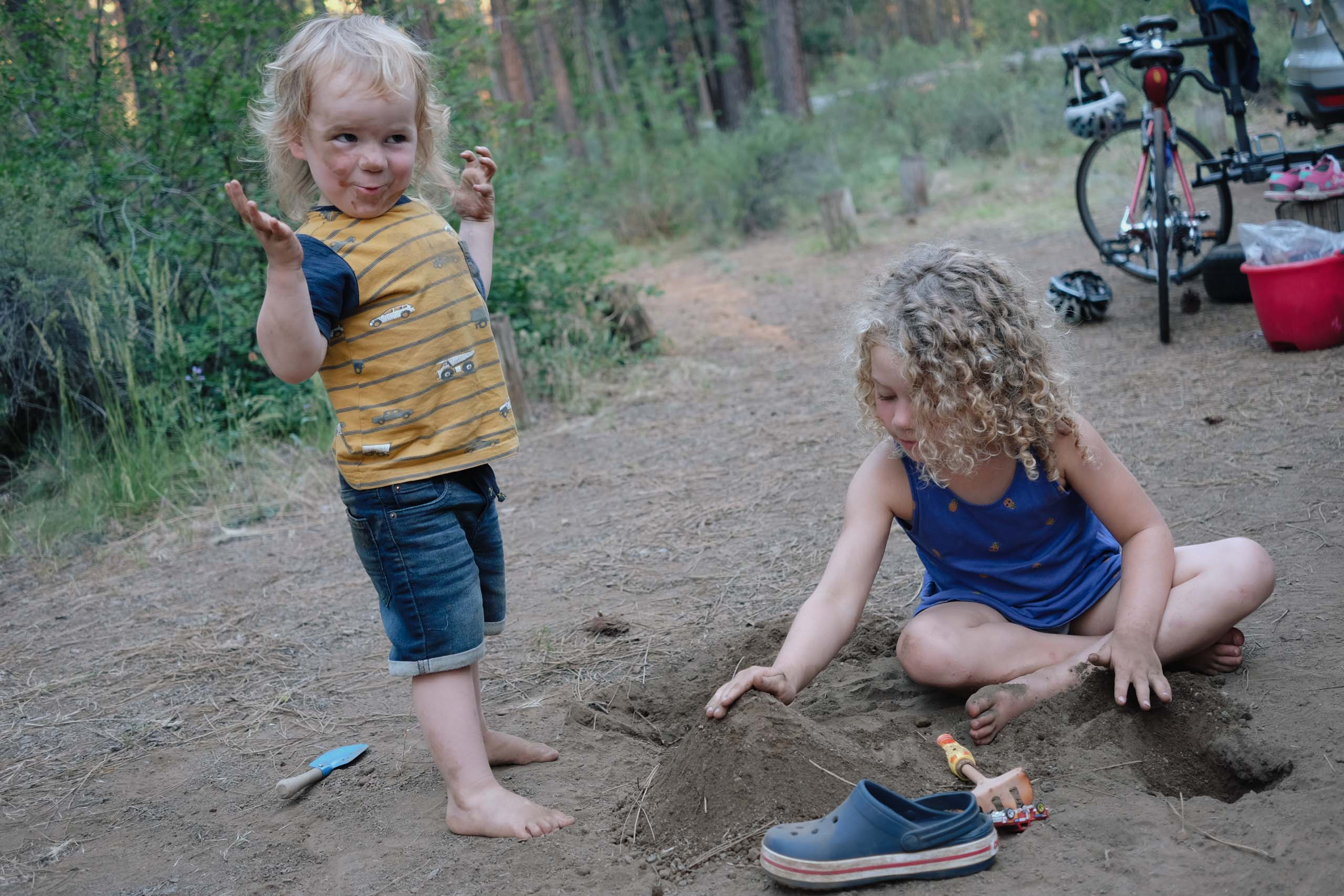 Oren and Idara playing in the dirt near the Metolius River. 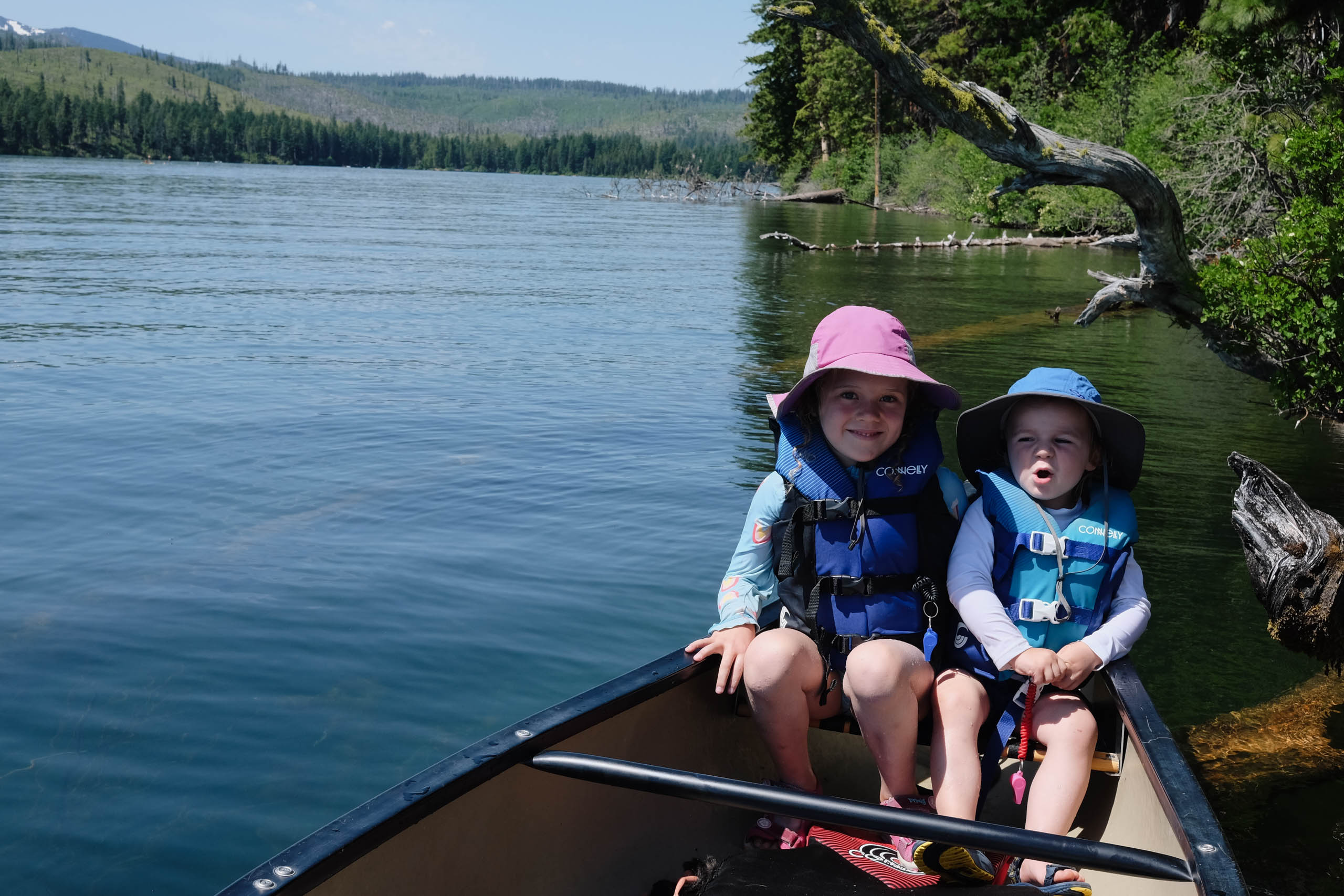 We rented a canoe on Suttle Lake on a hot, hot day in July. 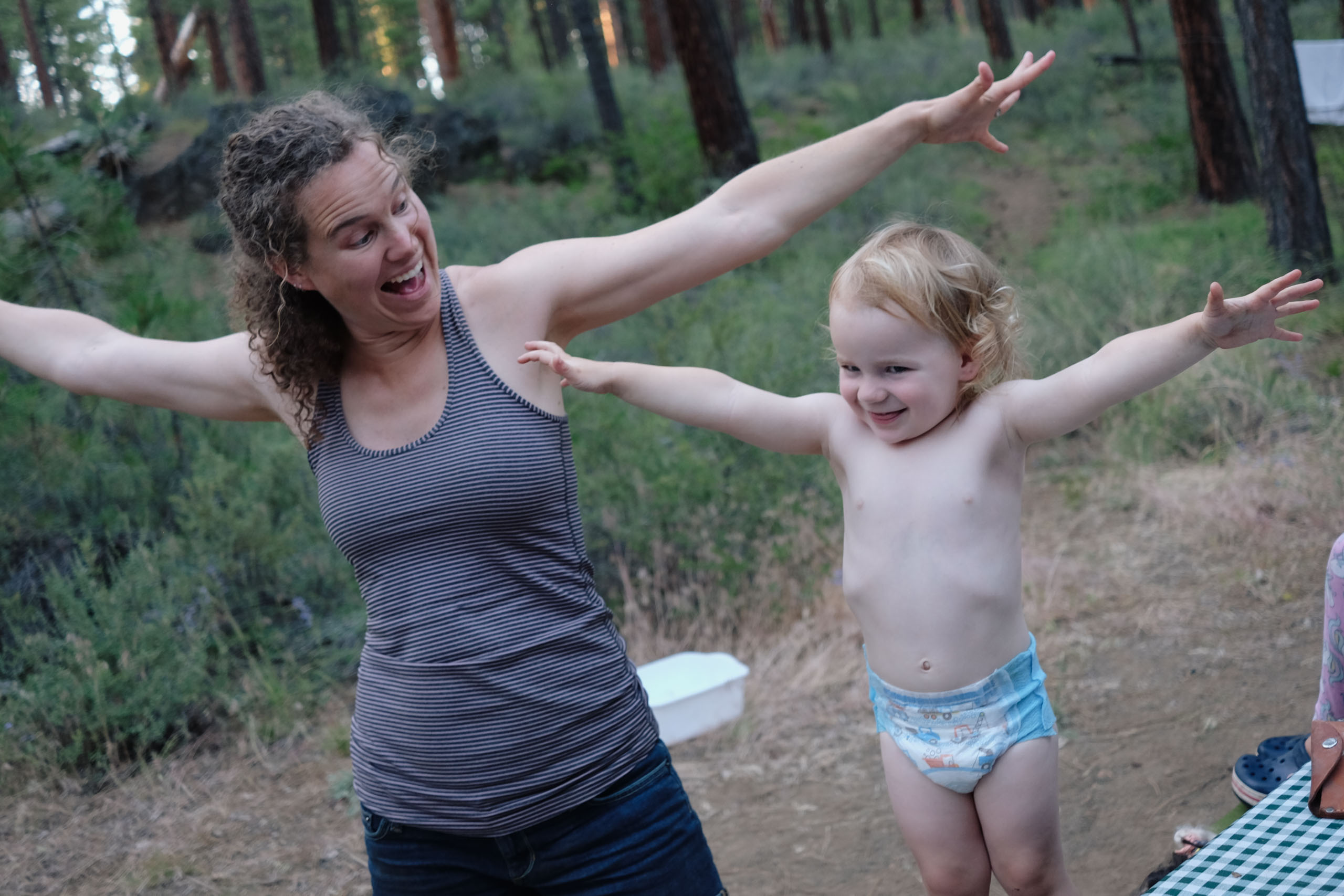 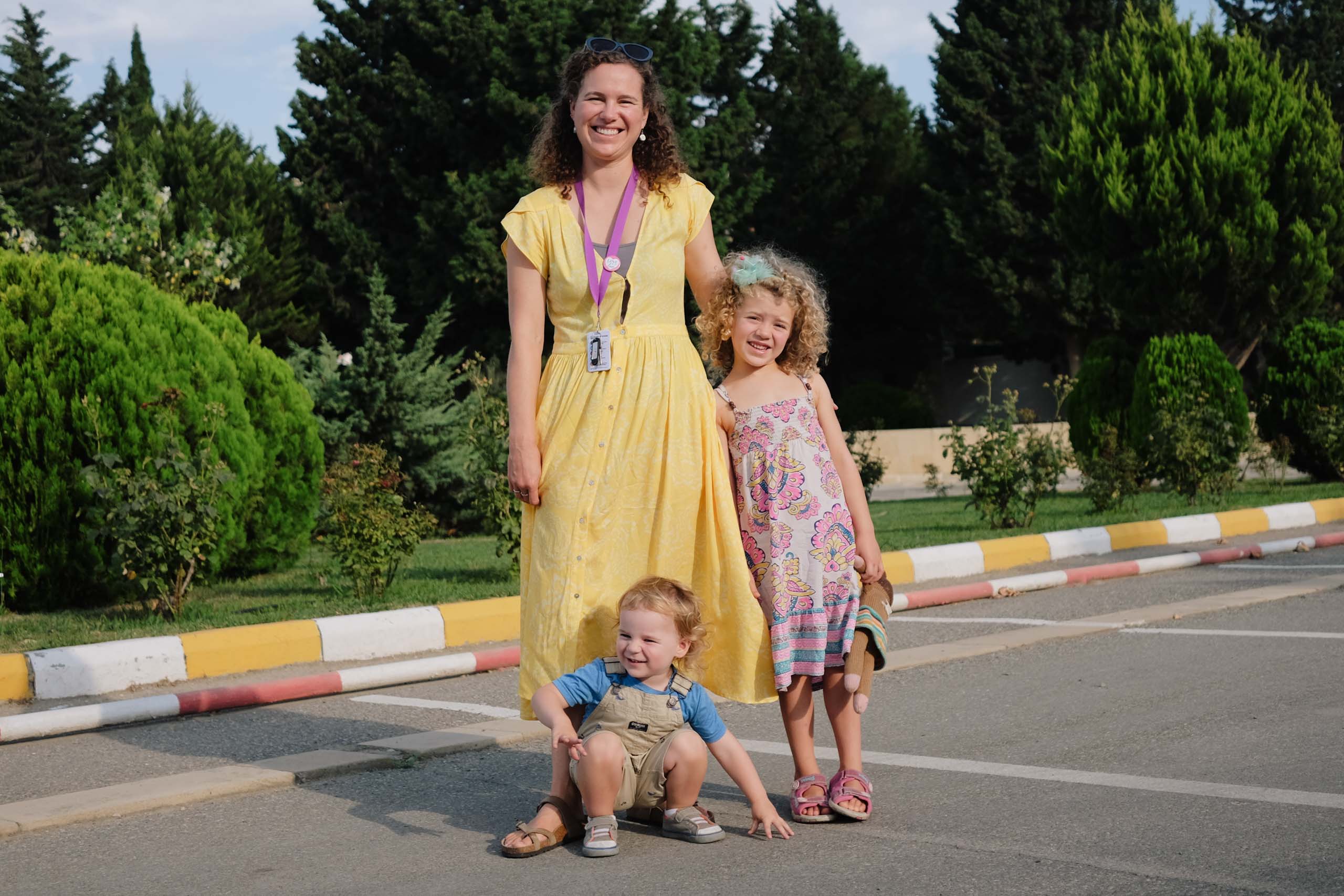 Oren and Idara’s first day of school. It’s the second year of preschool for Oren and kindergarten for Idara. 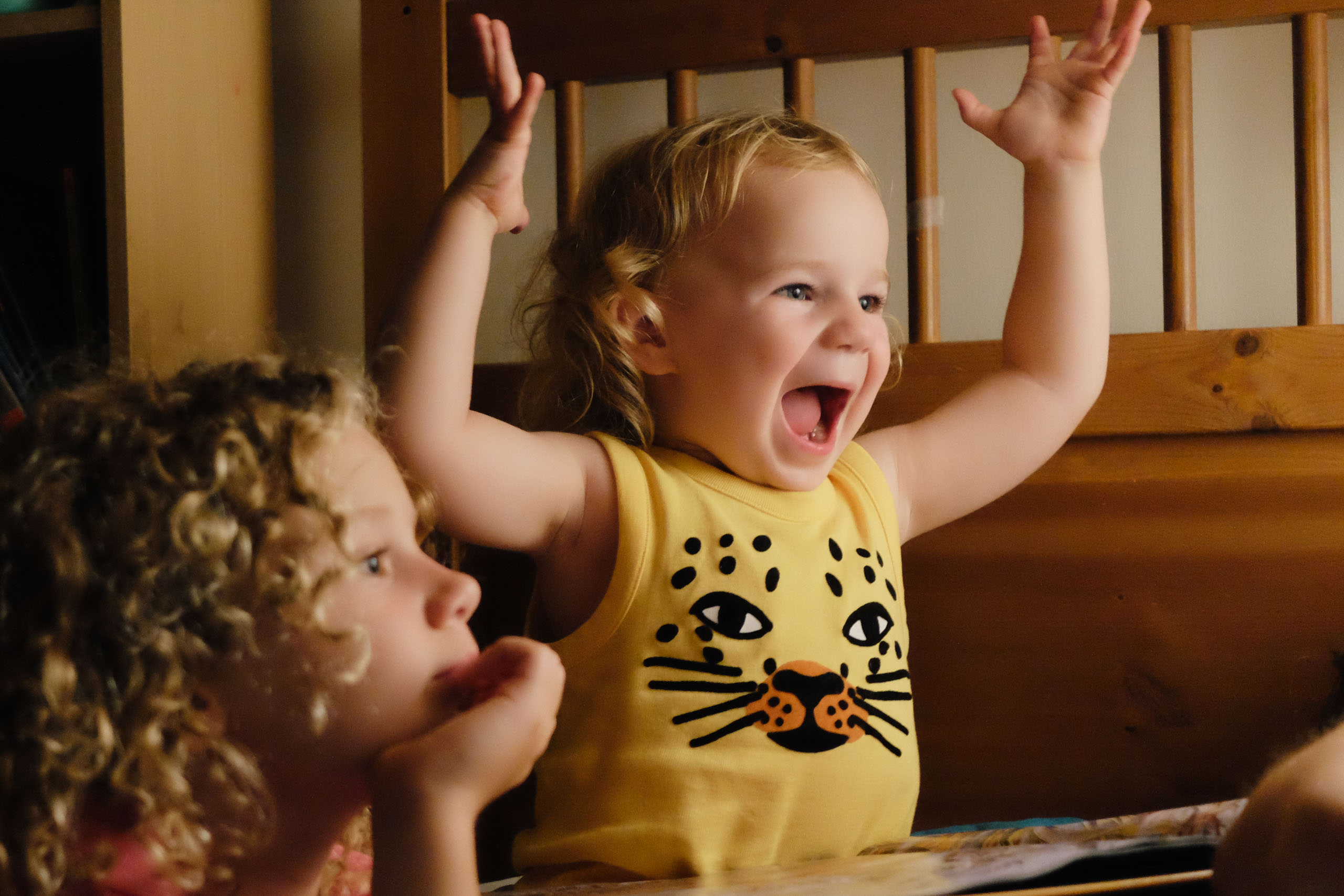