Oren at Two and a Quarter

Back in October we drove up to Qalacıq, a hamlet at the very edge of the Caucasus Mountains where civilization gives way to a wilderness dense with moss-covered deciduous trees like walnut and chestnut. There are a few shipping containers there that have been converted to one room tiny homes and made available for rent. We decided to stop off there during a trip across the country.

The last time the four of us shared a room was right after Oren was born. Now we were in a room half the size, with Rachael and me in a double bed and Idara on a fold-out mattress. There wasn’t any room on the floor for Oren’s crib so we put it on top of Idara’s bed and situated her beside it.

We’d run them pretty hard during the day, first a long drive to get to Qalaciq and then another hour or two walking through the woods to an abandoned cemetery that is slowly being reclaimed by the forest. I wasn’t surprised when Idara was snoring within minutes of us turning off the lights. Somehow Oren still had some energy. He chose to spend it on shouting “Idara!” And when I say shouting, I mean really, really shouting. She was just a foot away from him and, somehow, still snoring. Rachael tells him to be quiet or he’ll wake her up. So instead of shouting he whispers. “Idara! Idara!”

Someone told me that you spend the first year or two trying to get them to talk and then all of the others trying to get them to shut up. I wouldn’t go that far, but I will say that I rarely catch myself wishing for more [words/conversation/noise?] from Oren. The real challenge is knowing whatever it is that he’s trying to say, since he speaks in a mixture of Spanish and English, pitches every word up at the beginning and down at the end, and owing to his American roots, is always supremely confident that you’ll understand what he’s trying to say. And if there’s every any question, he’ll just say it louder. Usually I can get two tries out of him before he gets frustrated and gives up, or else turns to Idara to translate.

Sometimes I’ll attempt to suggest a “Huh!” when I want him to do something, like: “Oren should we get ready for bed? Huh!” If he’s not in a very agreeable mood he’ll respond: “No huh!”

I can’t tell if realizes I’m mocking him or if he just doesn’t want to get ready for bed.

Another way his language is developing is that instead of shouting “Mama!” or “Papa!” or (adorably) “Idara!” from his crib he now shouts “Mama/Papa/Idara COME!” and just yesterday, “Mama/Papa/Idara come RIGHT NOW!” as if nothing could be more urgent than making sure than a fourth drink of water before falling asleep.

When Idara was born she had thick beautiful curls. Oren looked like a monk. His hair started growing in the back first, and even though it’s growing in the front now the back had a six month head start.

Being incapable of passing judgement on my only son I can’t tell if it looks terrible or not. The other day I saw another kid a bit older than him with similar hair. My first thought was that his parents really ought to do something about that. I can’t remember if I had a second thought or not.

Rachael bothers me about cutting it sometimes, seeing as how it’s down to the middle of his back and dangerously close to needing to be combed. And since we hardly find the time to comb Idara’s hair we’d probably resort to drawing straws or something to see who had to comb Oren’s. Or maybe we’d just nag each other incessantly about it. “Have you combed Oren’s mullet?” “I thought it was your turn?” Maybe we can cut it over the summer when we’re back in Oregon with family. We could hold a ceremony. Like a bris.

His hair grows in the front, too, but his head seems to be growing at exactly the same rate as his hair, so it never gets any closer to his eyes. The party in the back rages on.

We’ve just finished dinner and Rachael and I are talking at the table. Oren comes in and says, “Poop!” We can tell from the pride in his voice that this poop is past tense rather than future (or, god forbid, present). I follow Oren to the bathroom and wipe him and then turn to empty his potty in the toilet. But there’s nothing inside. Thinking back to Oren’s announcement, he didn’t actually say where he pooped. Thus began The Great Scatvenger Hunt of 2021, in which Rachael and Idara and I reluctantly engaged our senses of sight and smell (but not touch, we hoped).

I could draw this out, but searching for Oren’s errant turd(s) and hoping we’d find them with our eyes before we found them with our feet was actually the climax of the story. Idara soon found them in the toilet, which in retrospect is where we ought to have looked in the first place. He’d pooped in the potty and then done what he’d seen us do for him — dump it in toilet.

My sister — who has four children and is the veteran of three and a half potty trainings — says that when the time is right it’s the easiest thing you’ll ever do. And so far she’s right. We haven’t done much — mostly just leaving a potty around and encouraging Oren to sit on it as often as possible. He also rarely wears pants around the house, which makes potty training easier but mealtime decorum harder. We still have the No Genitals on the Table rule, though, which is unlikely to be repealed.

Oren’s head is gigantic. There are probably toddlers with bigger heads in the Guinness Book of World Records or something but it could probably win a state or at least county competition. Whenever Idara and Oren are watching a movie Oren puts his head right in front of the screen as if he’s extremely nearsighted and/or the only person interested in watching. I ask Oren, “How big is your head?” to which he responds “Too big!” and then leans back for a few minutes before eventually forgetting himself and leaning forward until he’s eclipsing the screen again. Idara’s picked up on the joke, too, and sometimes when I’m on the other side of the apartment I’ll hear her say “Oren how big is your head?” and he’ll respond “Too big!”

Not only is his head too big for family screen time but also for the mattress of his crib. There’s a significant indentation where he likes to rest his head every night. We tried rotating the mattress to even things out, but now there are two divots instead of one.

The other thing Oren does when he sleeps is wedge is head right up next to the edge of his crib. I honestly wonder if he would be able to sleep without something to push his head against. A while back I was curious if this might lead to the development of a flat spot on top of his head so I did some searching and ended up on the Wikipedia page for Artificial Cranial Deformation, which is a doozy. And while I was a bit taken aback by the drawings of children sandwiched between boards I was encouraged to read the single sentence under “Health Effects” which stated that “There is no statistically significant difference in cranial capacity between artificially deformed skulls and normal skulls in Peruvian samples.” Good to know.

When the four of us eat dinner we take turns sharing what or who we were grateful for that day. I know this is precious and insufferable but it’s certainly no more insufferable than an ungrateful child. Pick your poison.

Ever since Oren learned what a circle is he’s been saying that he’s thankful for “circle!” with the exclamation point. As a math teacher I’m obligated to point out that the circle really is an incredible shape, what with its one side, unsquarability, and so on, but to be honest I’m a bit tired of the charade and can’t wait for Oren to share something that he’s actually thankful for, like the fact that he has parents who are so dedicated/overbearing as to force him to share what he’s thankful for every night over dinner. 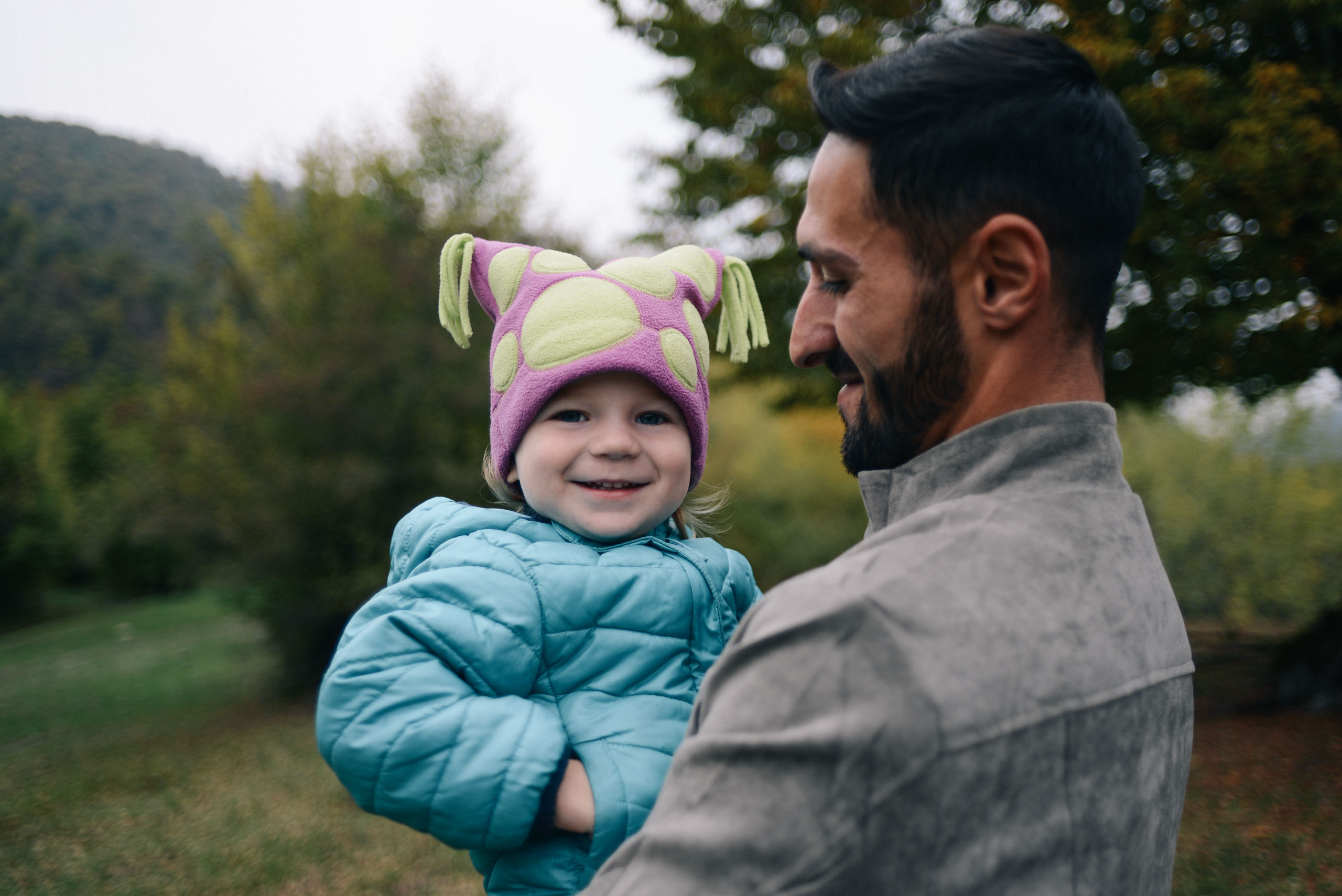 Everyone loves Oren, but no one loves him quite as much as Azerbaijani men. Our hosts in Qalacıq took us on a tour of the old cemetary and this guy insisted on carrying Oren the entire way. Oren, for his part, was clearly unsure about whether or not this was okay, but as long as he could see us he didn’t protest. 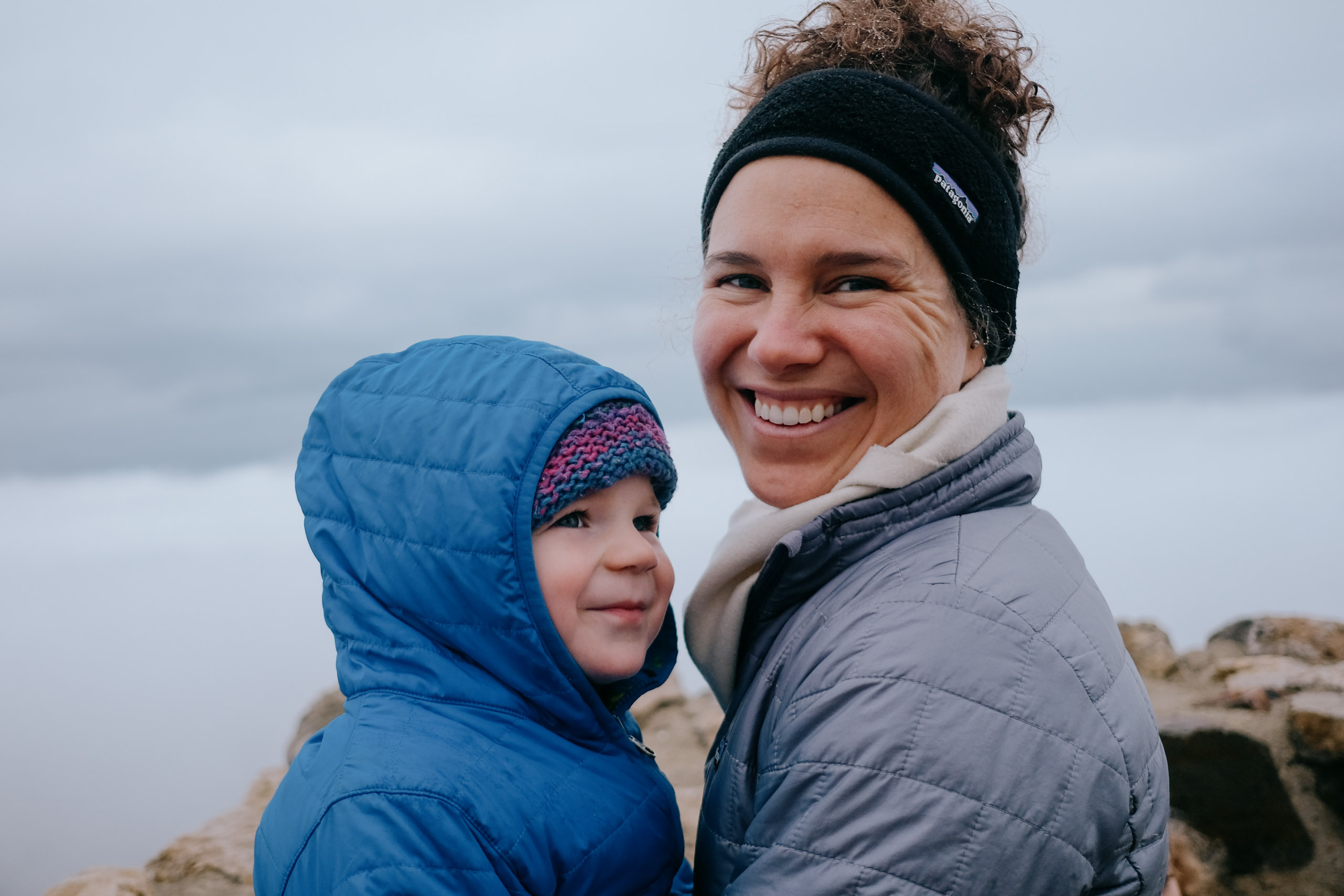 Oren and Rachael at an old Persian castle above the clouds. 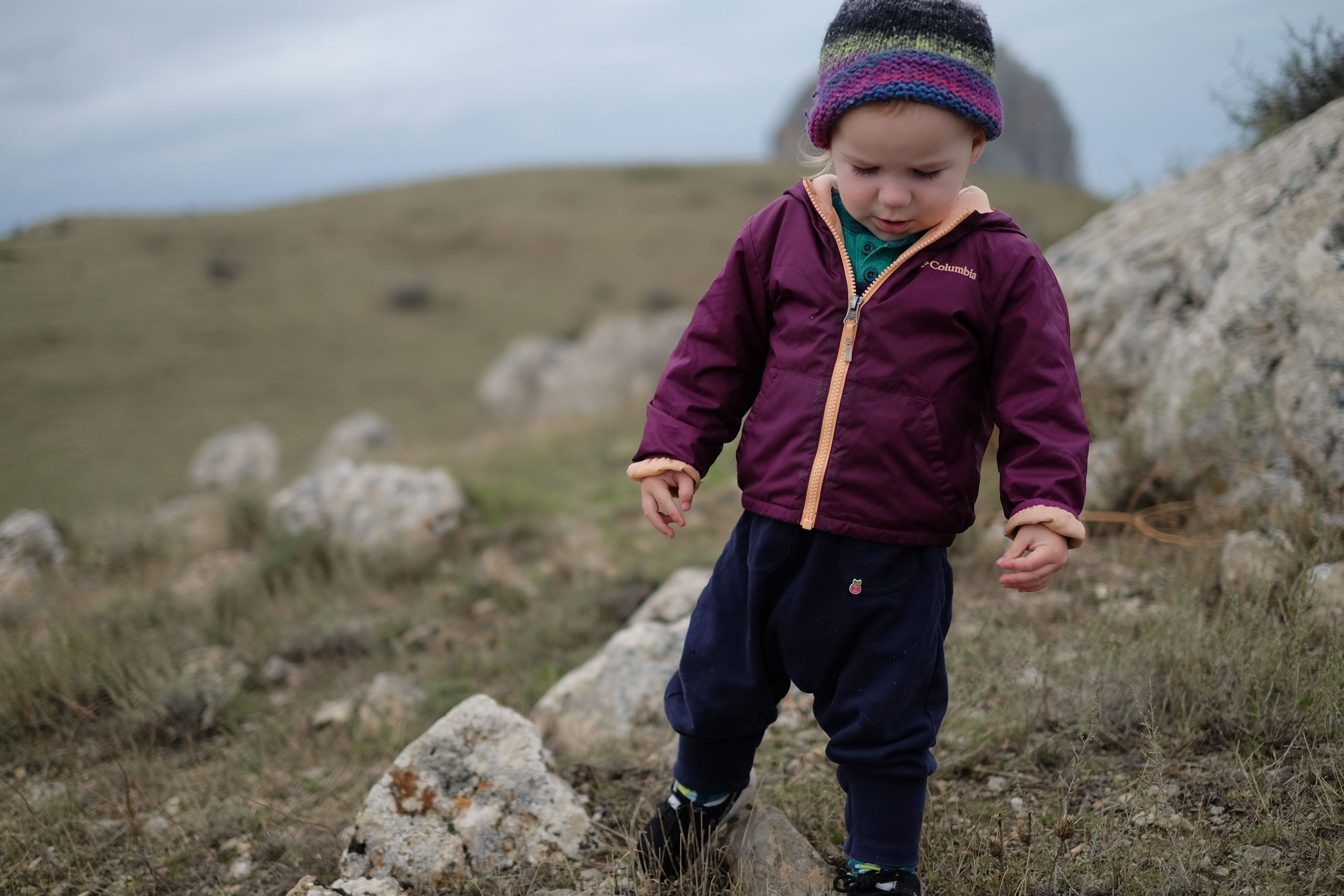 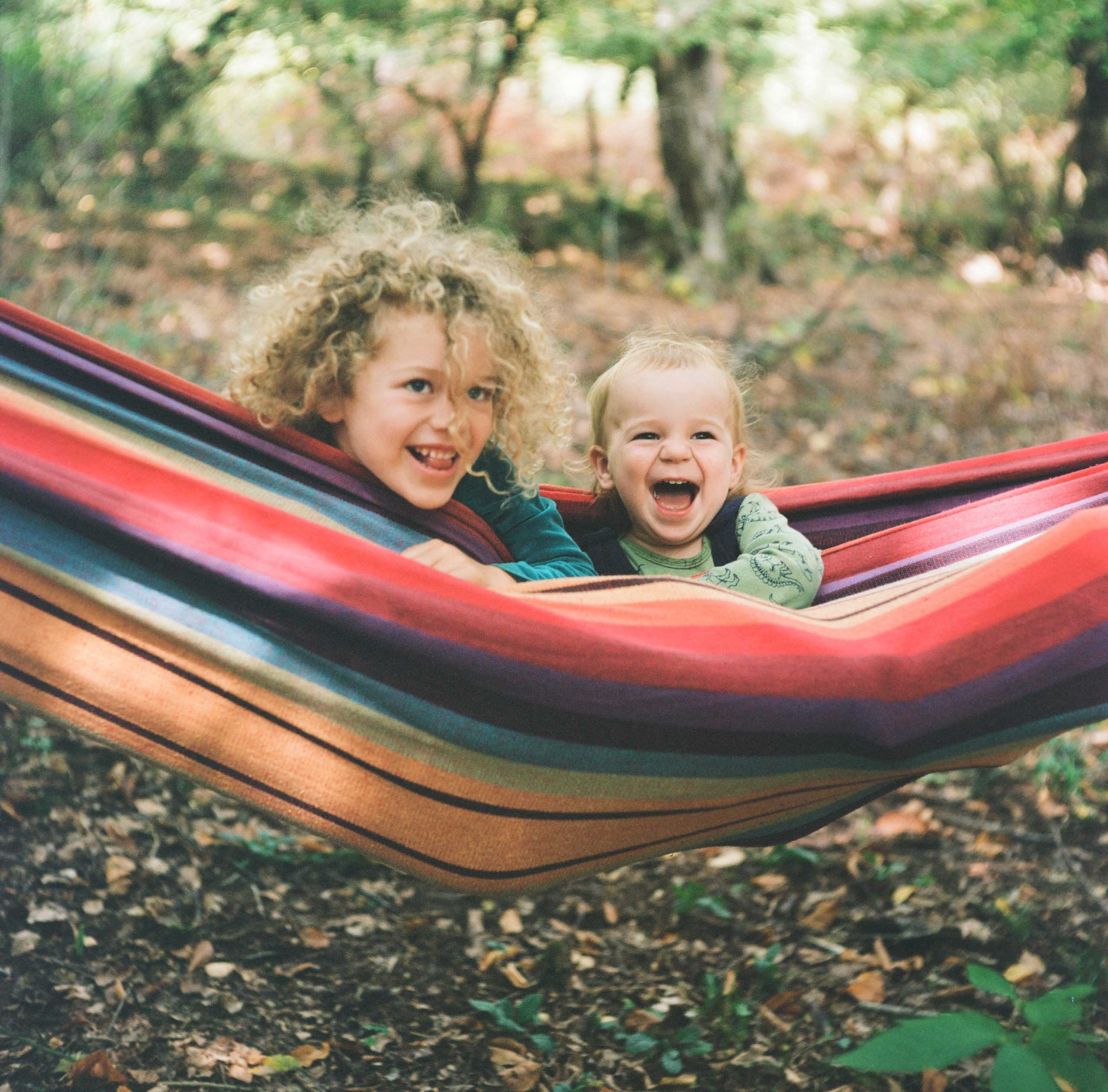 Is there anything more lovely than two kids playing in a hammock in the woods? 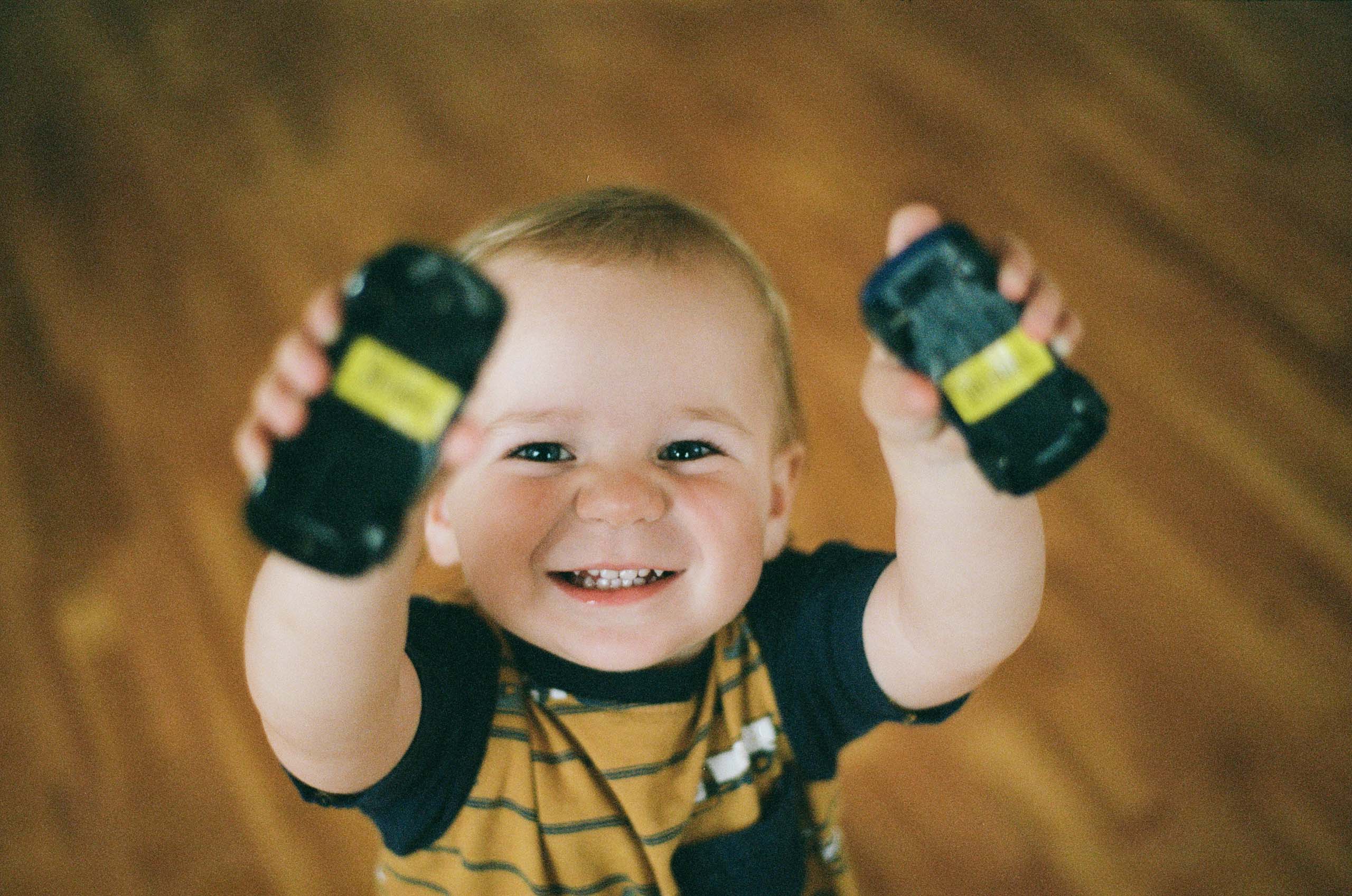 Oren was entranced by cars for a few months, but that interest seems to have been replaced by farm animals, which Oren calls “E-I-E-I-Os.” Get it? 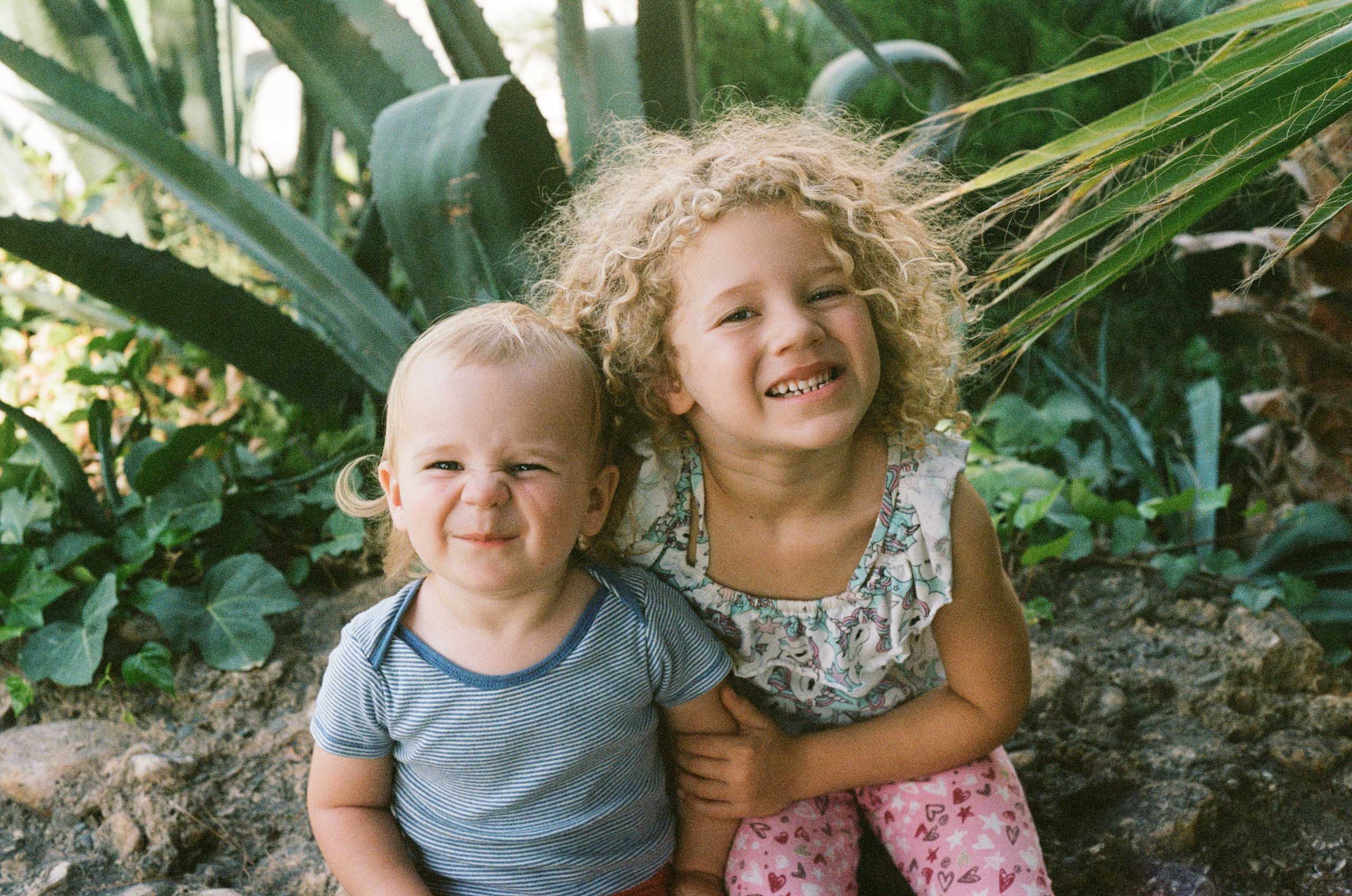 Oren and Idara at Love Park in Baku. This was taken a few months ago when the weather was still warm. 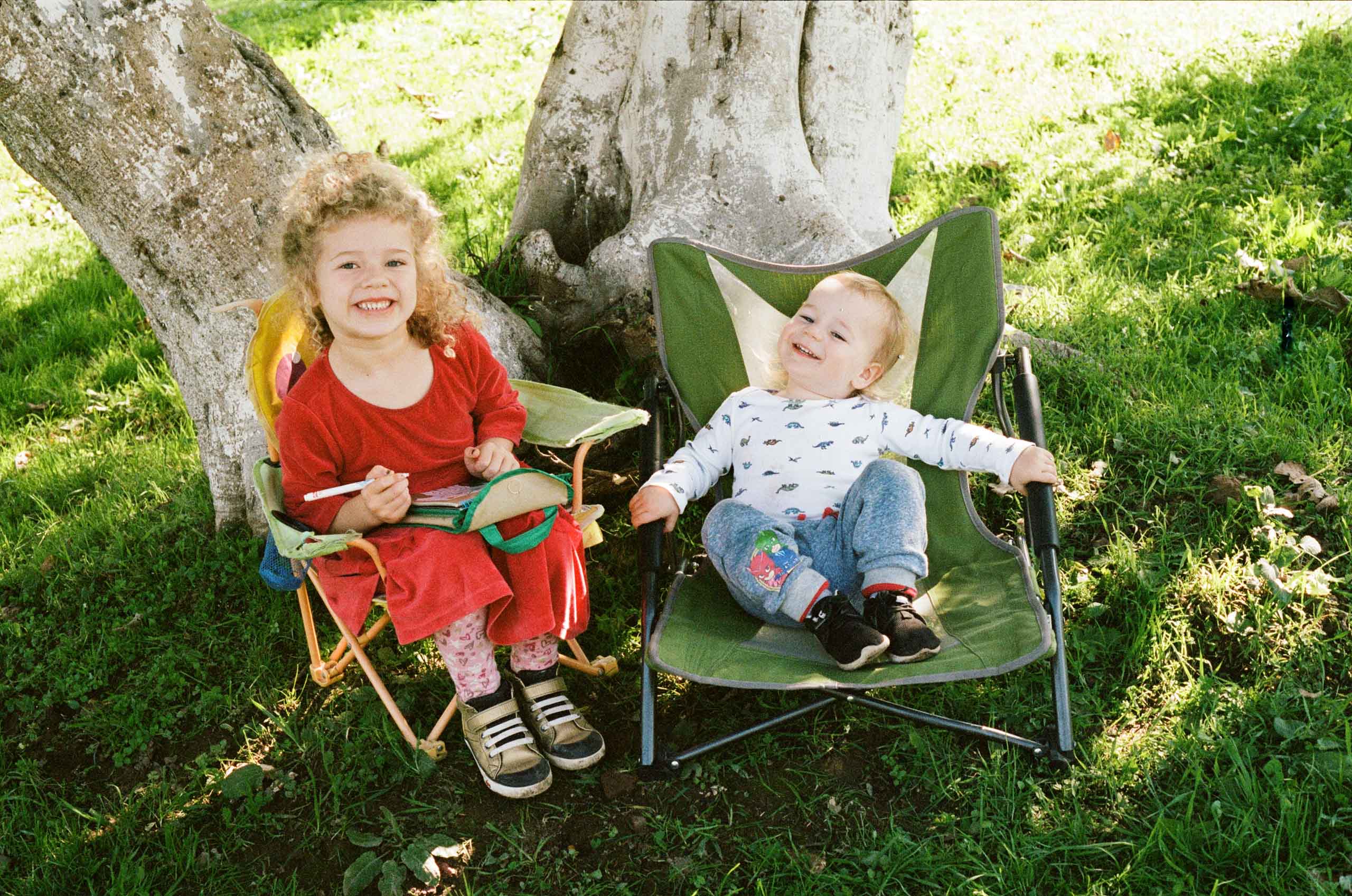 Stopping for a picnic at an abandoned guesthouse on our way back from the south of Azerbaijan. 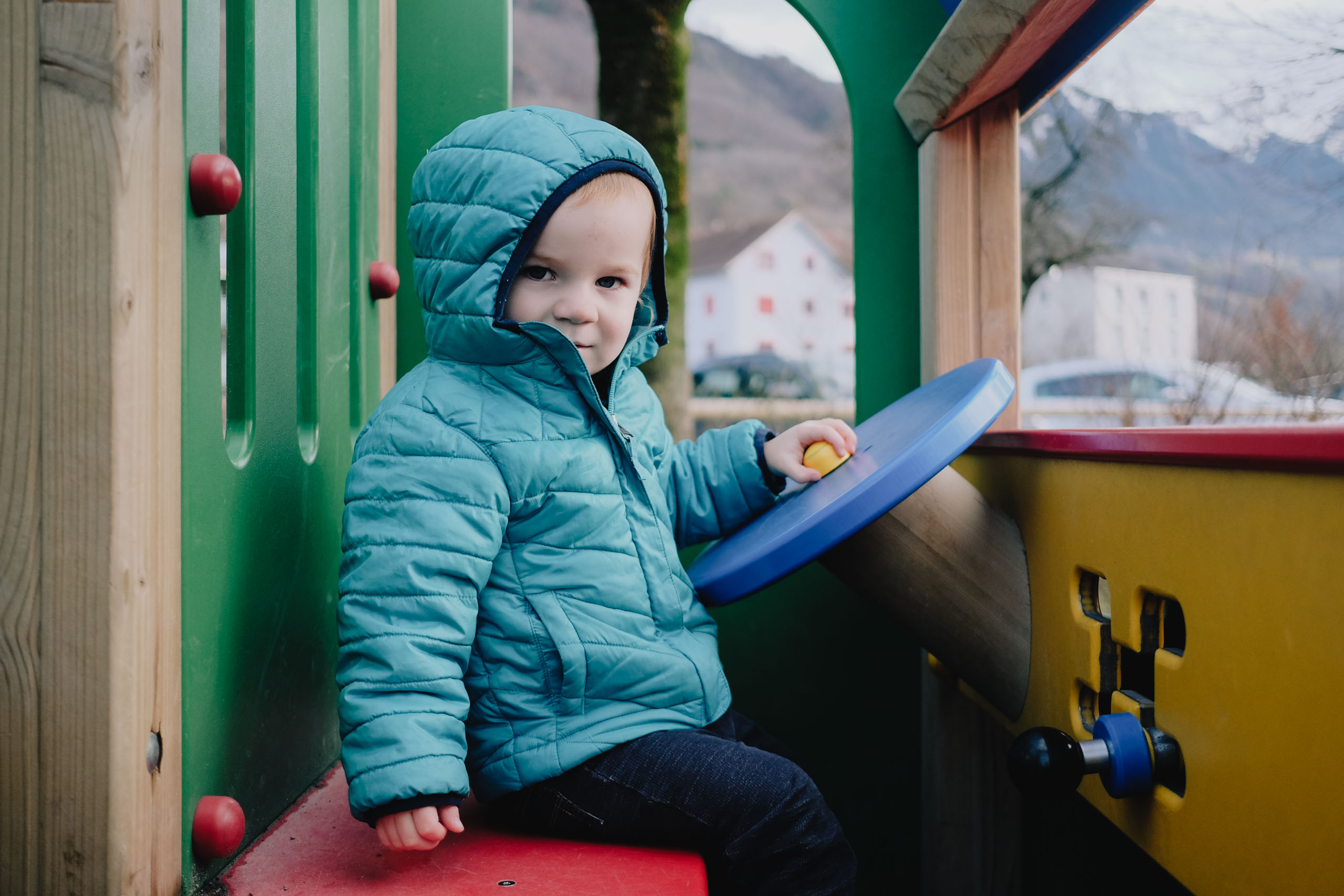 Well hello. Oren fell in love with this play truck at a park in Liechtenstein. When he realized we’d be driving home in our car rather than his truck he cried and cried and cried. 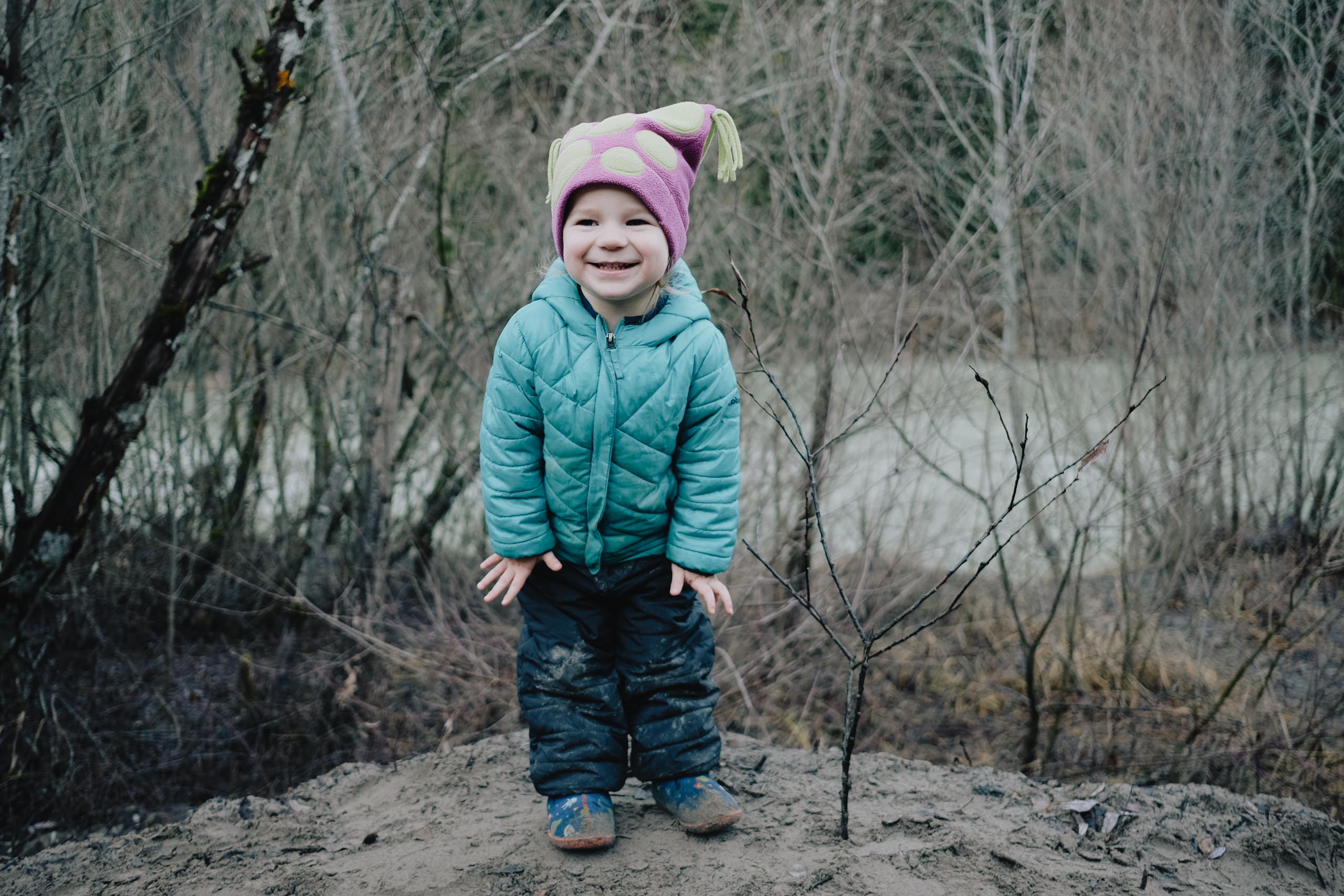 Oren plants a stick on a mound of sand along Germany’s border with Austria. 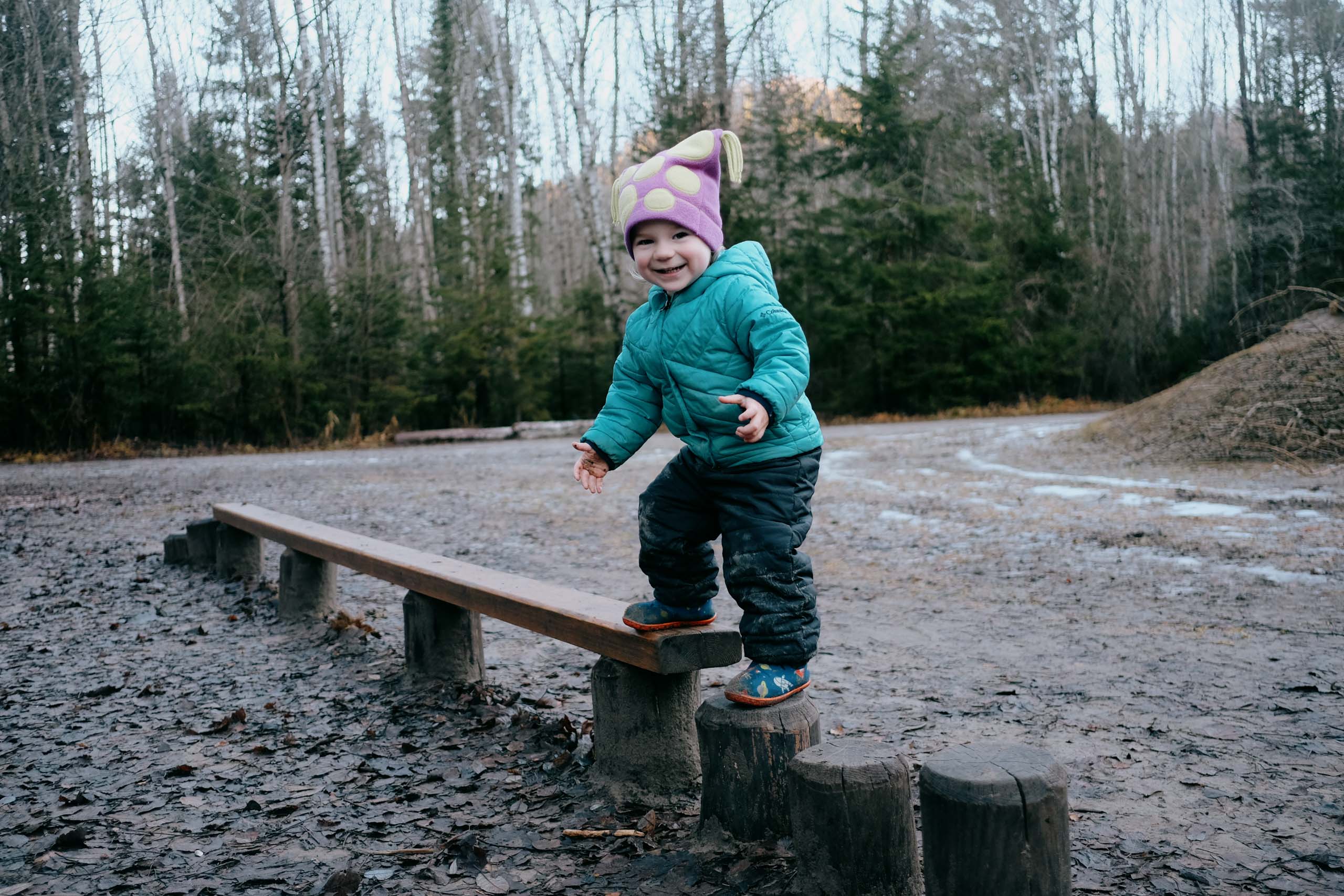 I think he looks like he’s staring in a video tutorial about how to balance. 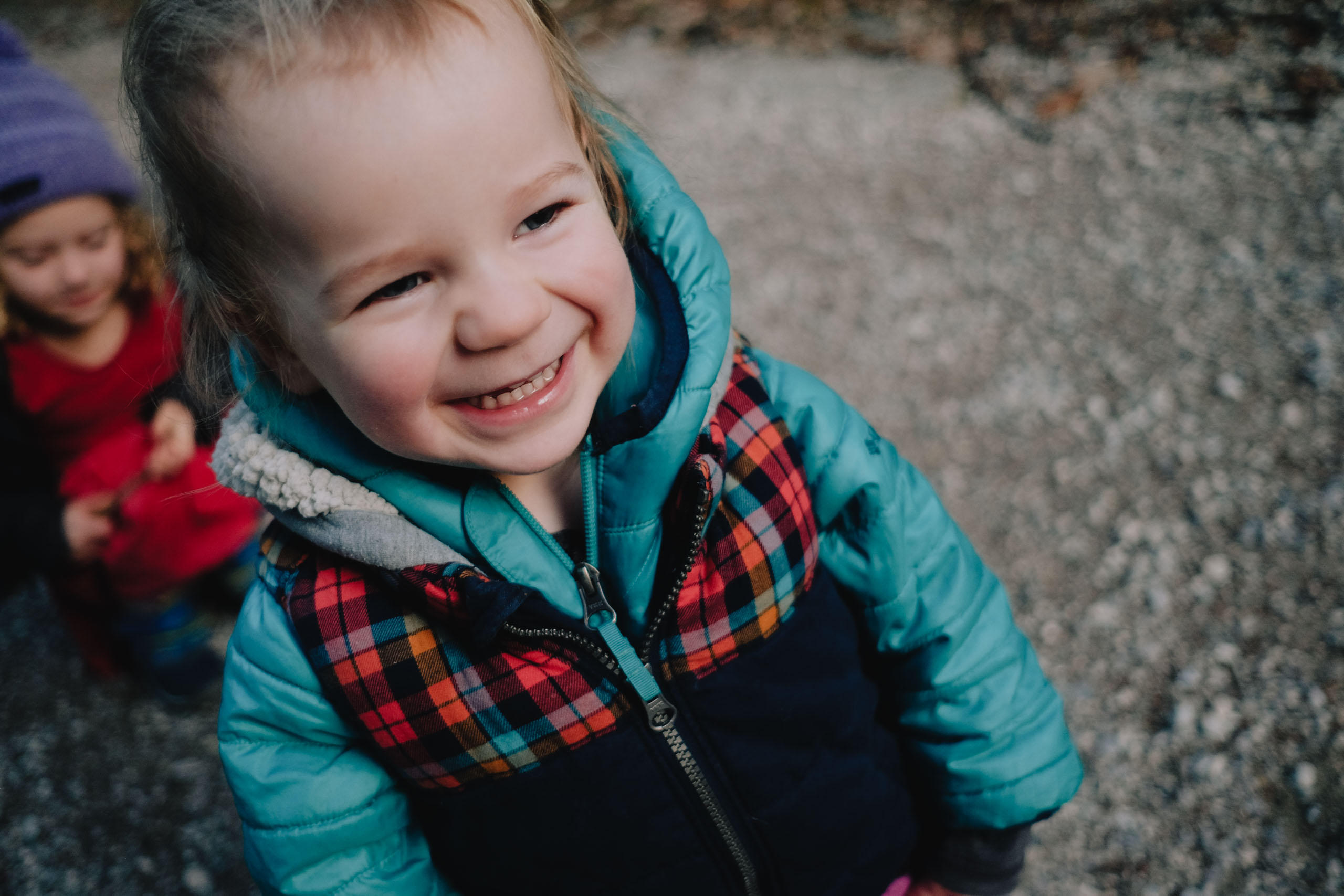 How can you not love this smile? Easy! Try to get Oren to sit still while you try to get him to eat his dinner. 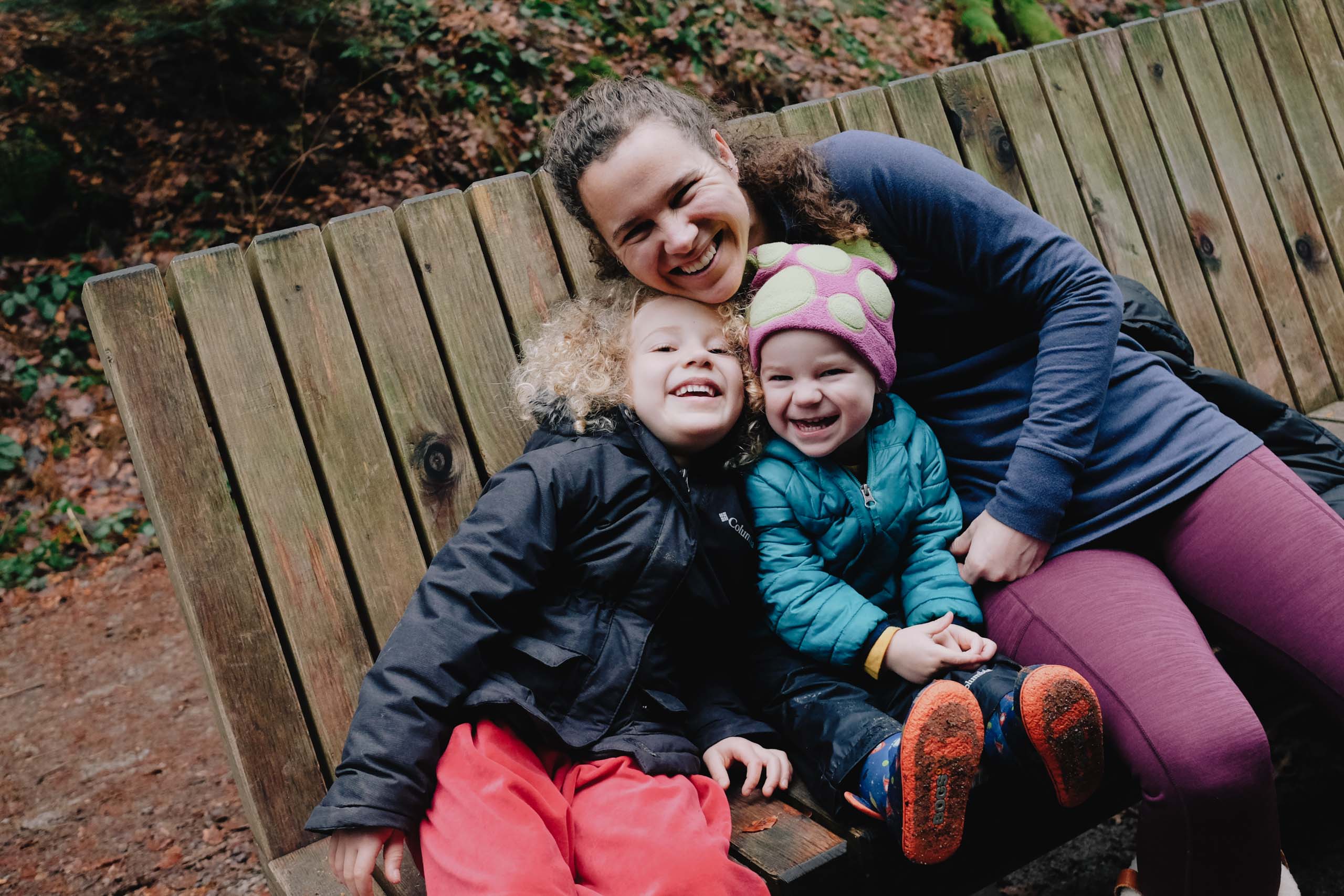 Oren with his favorite people in the world, Rachael and Idara.