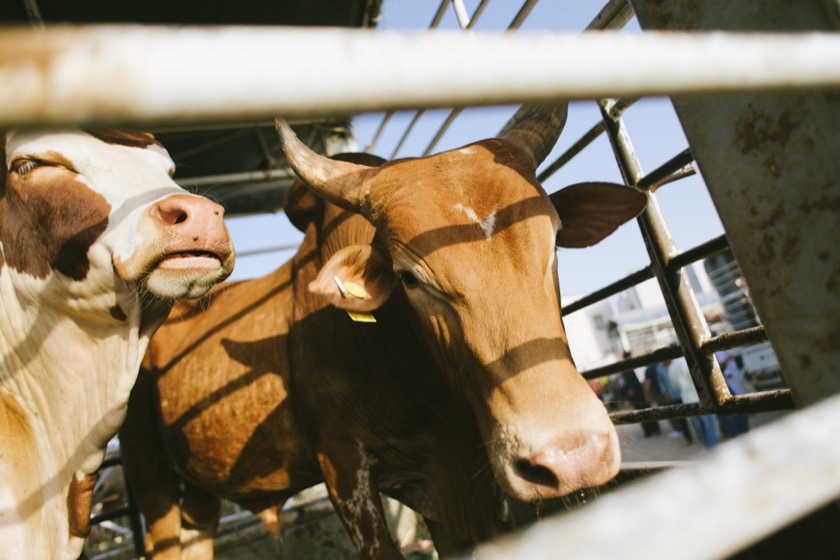 At the beginning of October Rachael and I spent a week just a few hundred miles southeast of Qatar in the Arabian country of Oman. We had time off for a Muslim holiday (more on that in a bit) and decided to spend it in the Middle East since we'd only just returned to Qatar in late August and didn't want to take a long trip away so soon.

Eid al-Adha — which coincides with the Hajj that many Muslims make to Mecca in Saudi Arabia — is one of Islam's most important holidays. Remember the story in Genesis about God telling Abraham to sacrifice his only son Isaac, and then, at the last minute, providing a ram for Abraham to sacrifice instead? The same story is told in Islam, and during Eid, Muslims sacrifice their own sheep, goats, camels, and cows in remembrance of Abraham's submission to God.

Rachael and I were lucky enough to connect with an Omani college student named Mohaned on Couchsurfing who invited us to stay with his family at their farm for the three days of Eid. I can't stress enough how much it meant to be included in a local celebration of Eid, even though we were non-Muslim foreigners who weren't part of the family. In fact, we'd never even met our hosts in person. It would be like inviting a complete stranger to stay at your house and celebrate Christmas with your family — maybe a bit weird for you and yours, but an unforgettable experience for your guest. 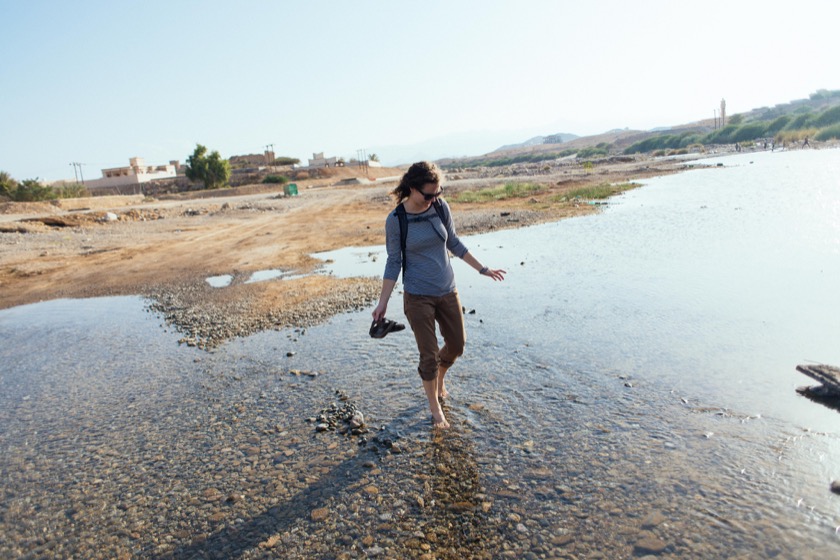 After a day and a half exploring the markets, beaches, and wadis around Muscat, Rachael and I pointed our silver Nissan Sunny toward Sohar, a few hours from Muscat, where we'd meet Mohaned and his family. Rather than take the fast and boring highway, we stuck to the narrow, unmarked roads along the beach in hopes of seeing a bit more of the local culture. In one small town we drove through I saw a group of men holding down a sheep as they slit its throat, and later on, I caught a glimpse of a street dog running across a barren field with a severed goat's head in his mouth. Even more startling were the entrails piled up next to trash bins from people who had slaughtered their animal at home rather than buying it from a butcher. 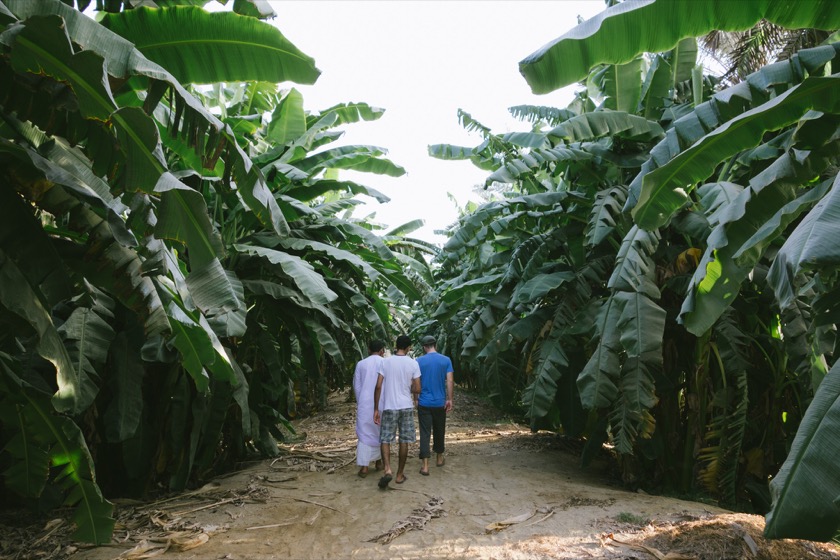 What a revelation it was to arrive at Mohaned's family's farm in Sohar. I was expecting a farm in the figurative sense (as in, there's dirt and a fence but nothing living), this being the Arabian Peninsula, but it's a farm in every sense of the word. They grow bananas and dates, plus some hay-like grass for animal feed. They raise goats and sheep and chickens, too, but only for personal consumption — the rest they sell.

We spent part of the afternoon walking around the farm, and then eating dinner on the floor of their majlis, which is a special room in the house for entertaining guests. After that we drove into town with Mohaned and some of his brothers to explore Sohar, but there wasn't much open or active (think Christmas Eve), so we soon called it a night.

The next morning we rose early for the main social event of Eid when family and friends greet one another at their houses. Mohaned directed Rachael (now covered in a shayla and a conservative dress) to the majlis where the women were conversing and me to the large, air-conditioned tent that had been set up for the men. It would be several hours before we saw each other again.

Inside the tent I talked with Mohaned and his relatives (many of whom spoke excellent English) while we ate a porridge-like dish called harees with our bare hands. Visitors came in waves of 20 or 30, starting with close relatives and eventually branching out to neighbors and close friends. Everyone was dressed in fine white dishdashas and masarh. It turned out that Rachael's experience was very similar to mine, lots of eating and talking, except with women instead of men. 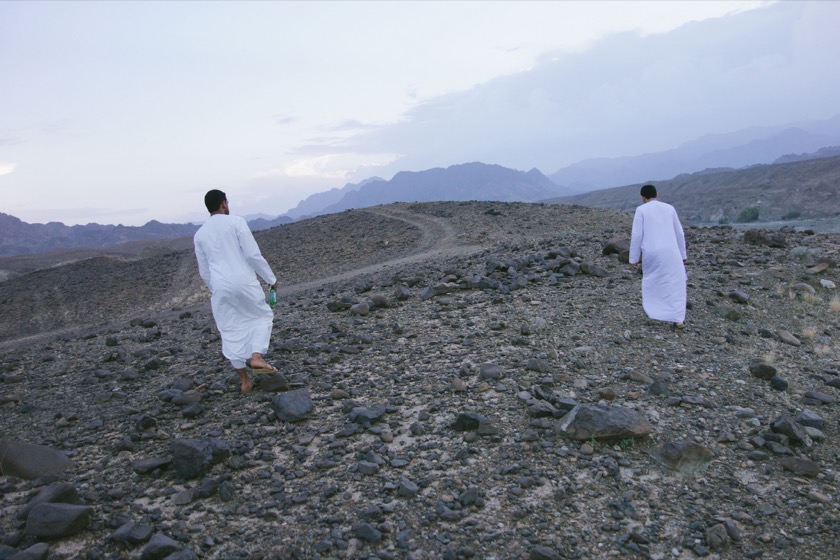 It's always bitter sweet when an intense cultural couchsurfing experience comes to an end. On the one hand, it's a wonderfully educational experience I'll probably never repeat, but on the other, true cultural immersion is exhausting. There's a lot to take in, plus thinking about not making a faux pas, and then on top of all of that, you give up a lot of autonomy. Still, it's a good trade. 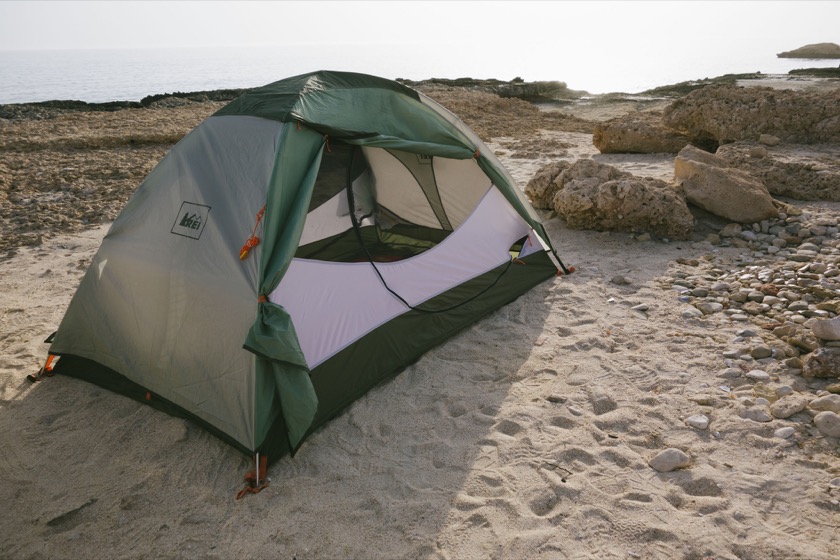 We spent the rest of our trip in Oman putting miles on our rental car, returning to Muscat for a night to meet up with some friends from Qatar and then driving several hours in the opposite direction of Sohar to hike into Wadi Bani Khalid and Wadi Shab, with a night camping on the beach in between. After two more days in Muscat exploring souqs and the Grand Mosque, we boarded a plane back to Qatar. It was nice to be going home.