Three years ago I published a series of blog posts about Idara’s entry into the world. Today she’s three years older, thirty pounds heavier, and a hell of a lot more fun. Here are some pictures and stories to prove it. 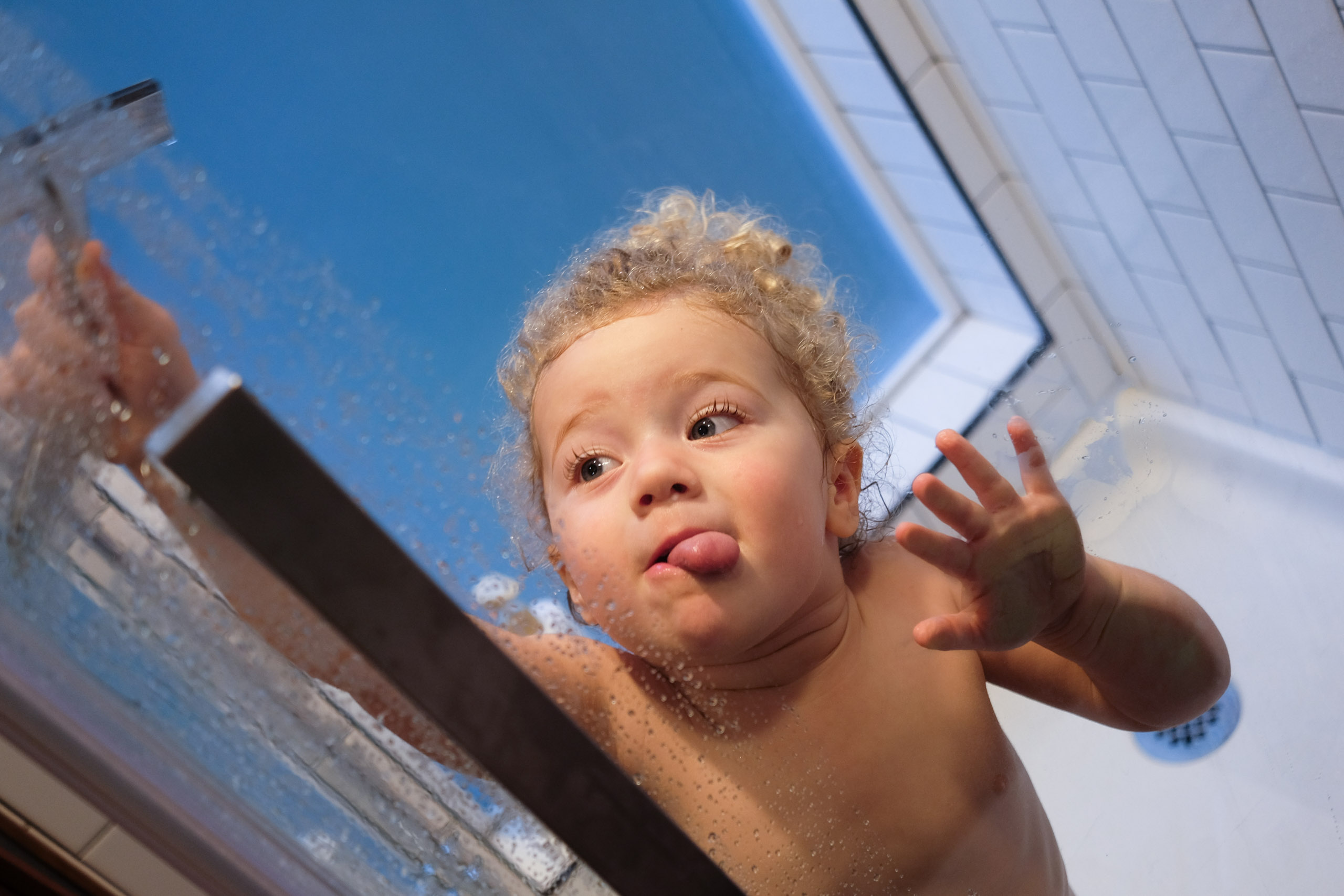 Idara likes to help out, even if it isn’t always exactly the kind of help we need. Here she’s squeegeeing the shower in a place we stayed for a weekend. I’m hopeful that if we can involve her in cleaning up early on then doing chores won’t be as much of a struggle when she’s older. 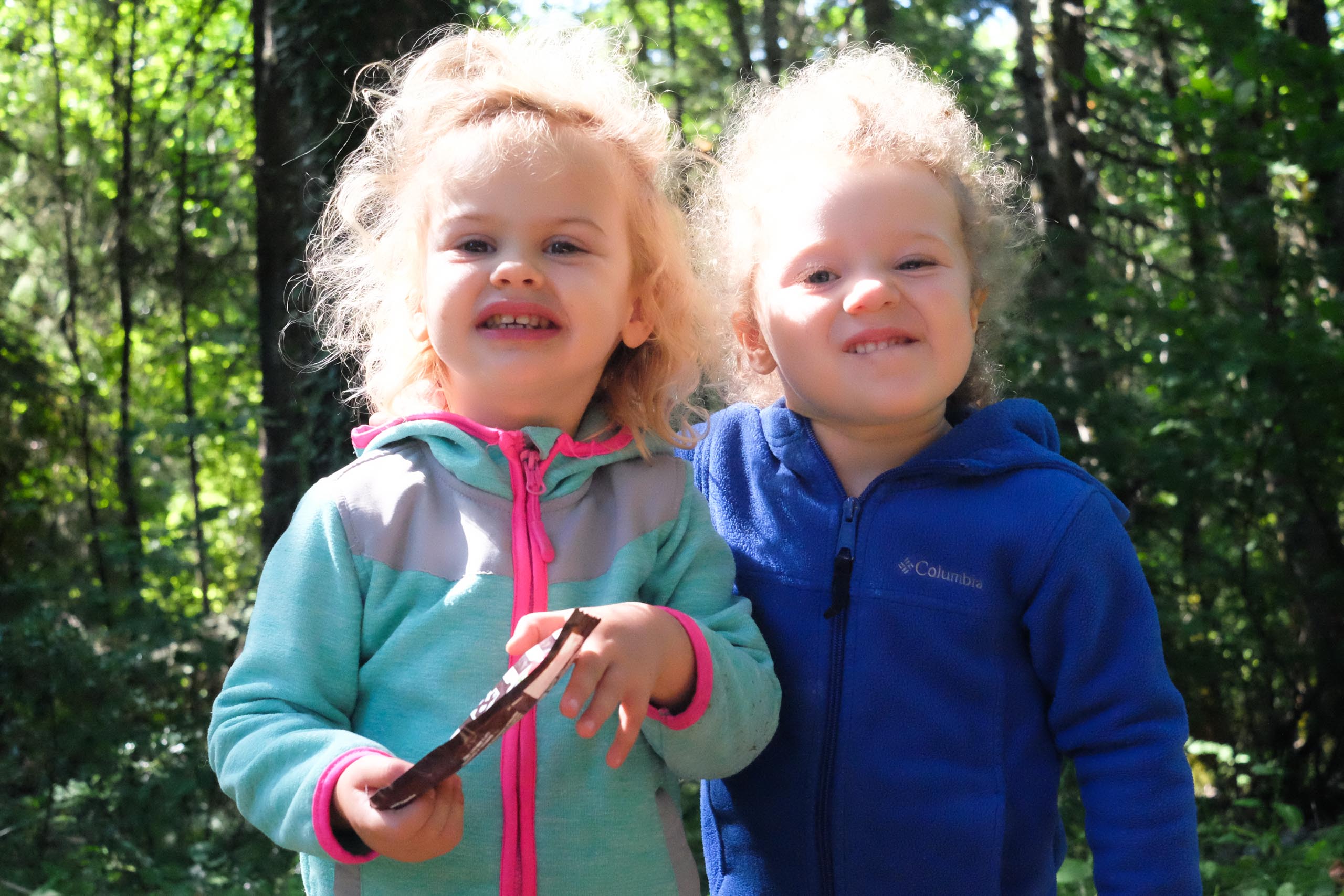 Elsie, on the left, was born a few months after Idara. Elsie’s parents are Idara’s godparents and we’re Elsie’s godparents. We all lived together for several years in the Middle East but then they moved to Thailand and we moved back to Oregon. We meet up in the summers, though, which gives Idara and Elsie a chance to show off their beautiful smiles. 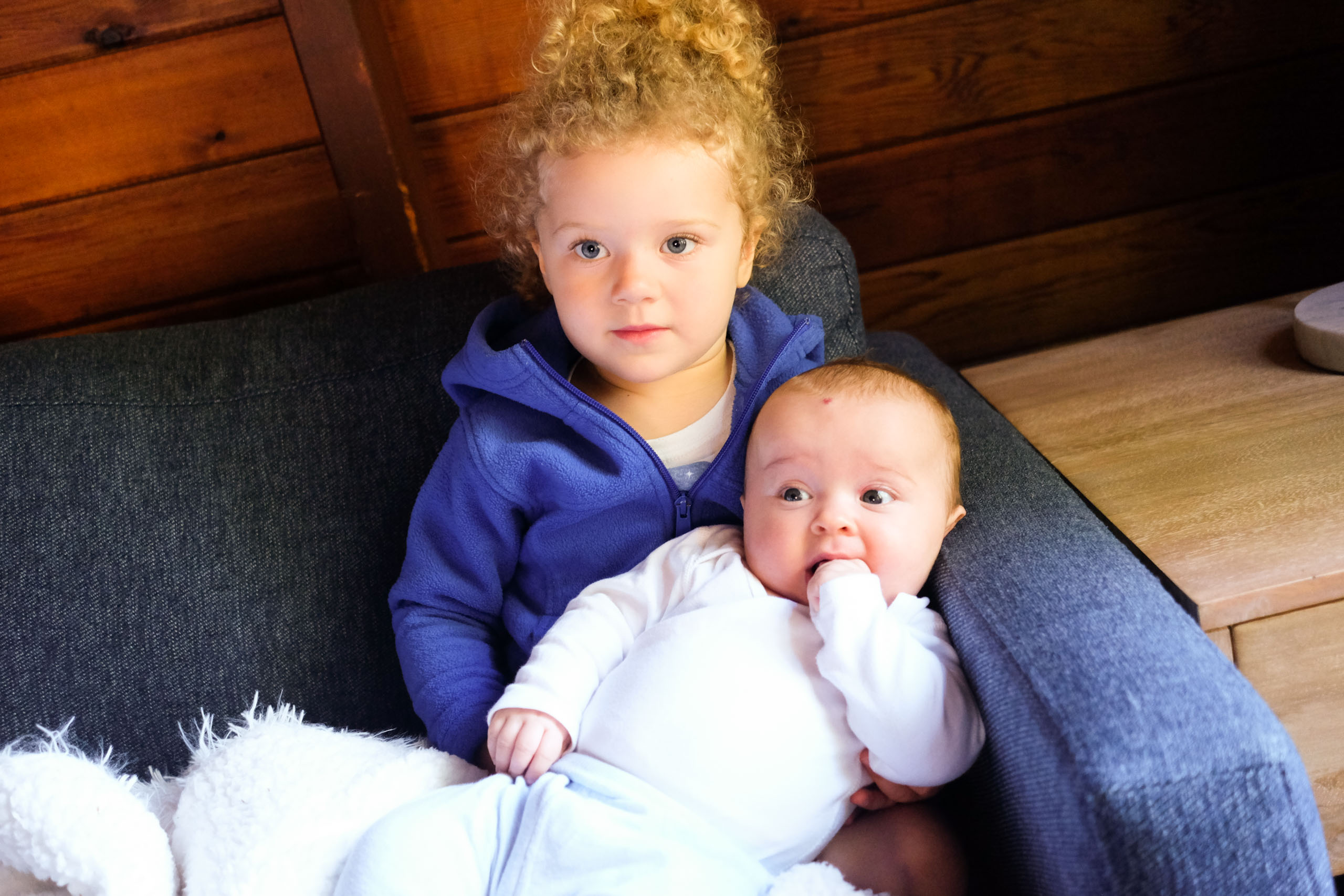 Elsie has a younger sister, Holland. During the weekened we spent together Idara just wanted to hold Holland and “read” books with her and kiss her on top of her head. Naturally we’re cautiously optimistic that Idara will carry the same enthusiasm and sweetness with her own little brother or sister, but we’re also expecting the magic to wear off about two or three hours after Rachael gives birth. 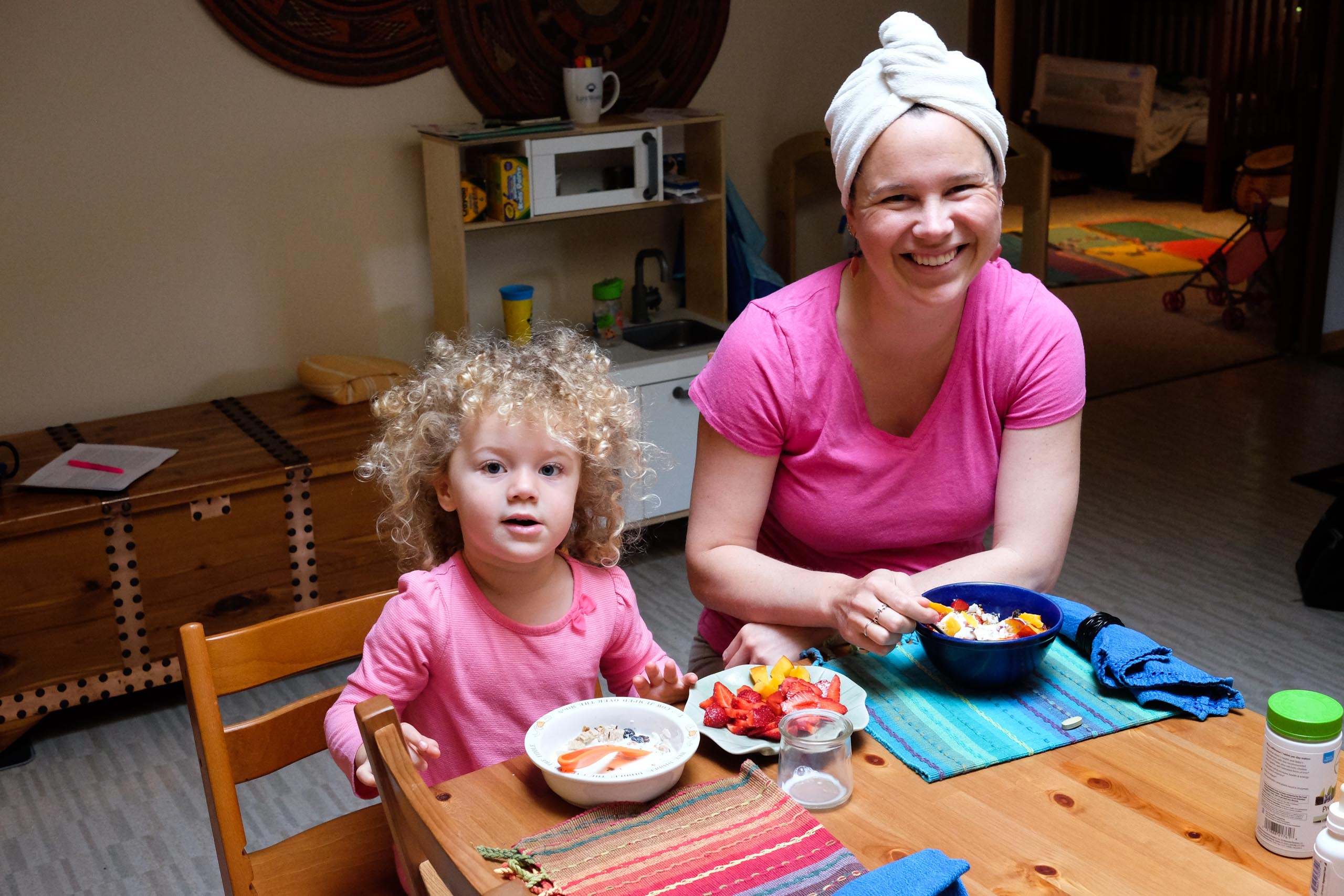 This is Idara’s spot at the table. Rachael’s usually sits right next to her, on the other side of the corner, but sometimes that’s not close enough, and Idara asks her to sit even closer. You’d think the umbilical cord was still attached. For breakfast she usually eats hot or cold cereal and fruit. 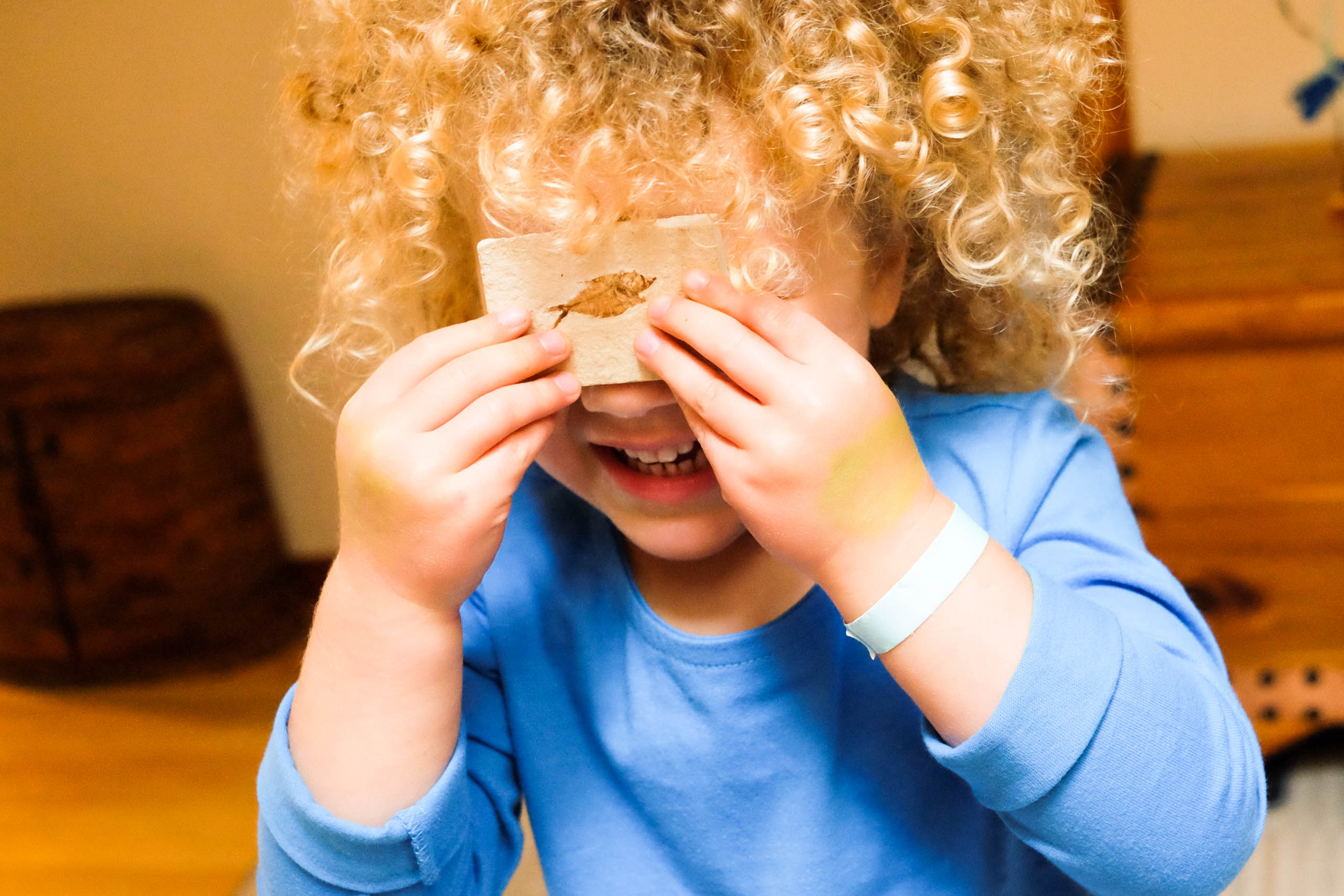 I bought this fossilized fish in Byblos, Lebanon, and it’s one of Idara’s favorite things to explore. On the day that I took this picture, she was trying to wrap her head around why there was a fish in rock instead of in water. I don’t think my explanations helped. 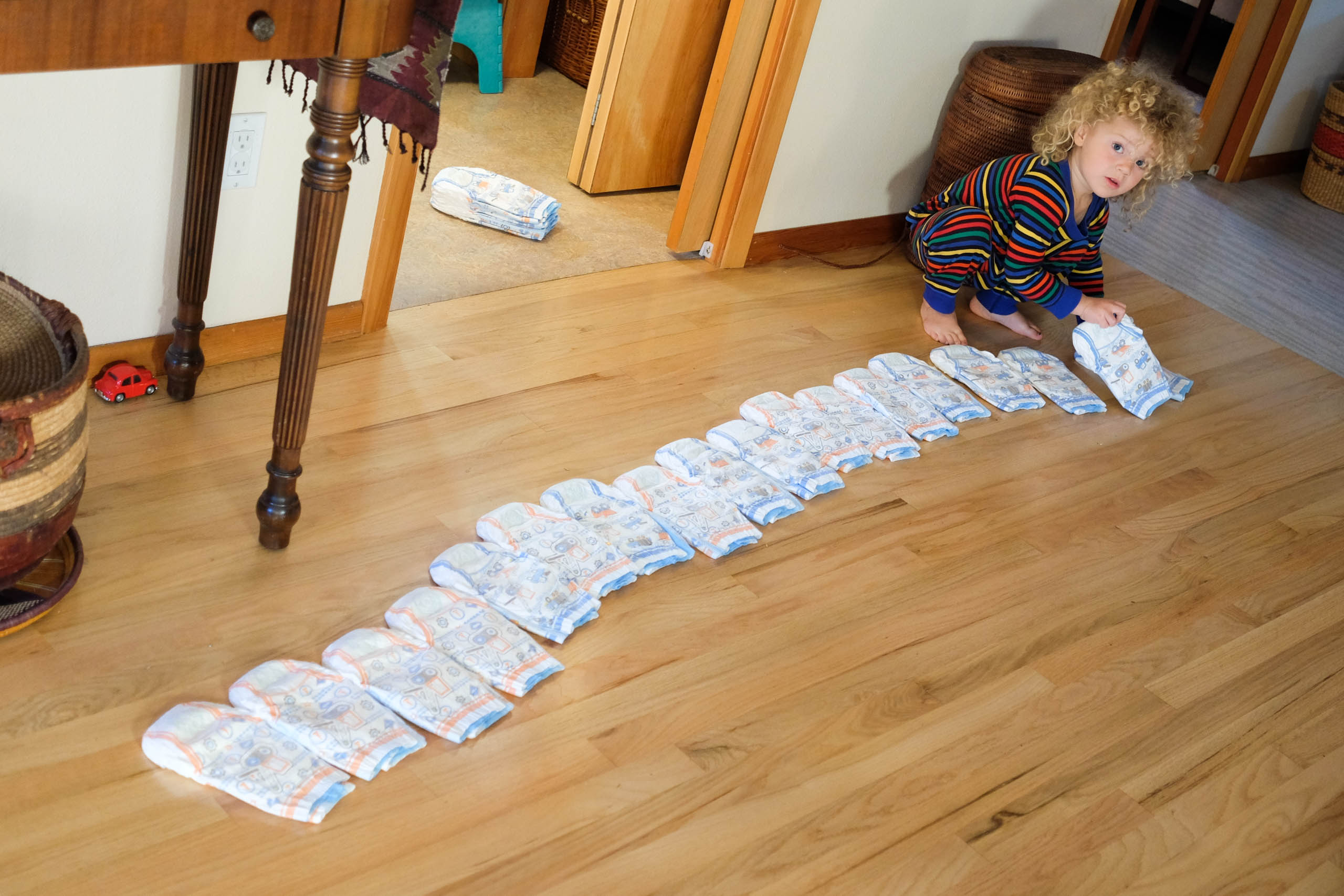 Idara must be my daughter, because one of her regular activities is sorting and organizing. That’s not to say that anything ends up more sorted or organized than it began. I suppose it’s the journey rather than the destination. We bought some newborn diapers recently since Rachael is due in a couple weeks, and Idara has been taking the tiny diapers out of the box and asking us to put them on her stuffed animals. I think it’ll be awhile before she can diaper a baby herself. 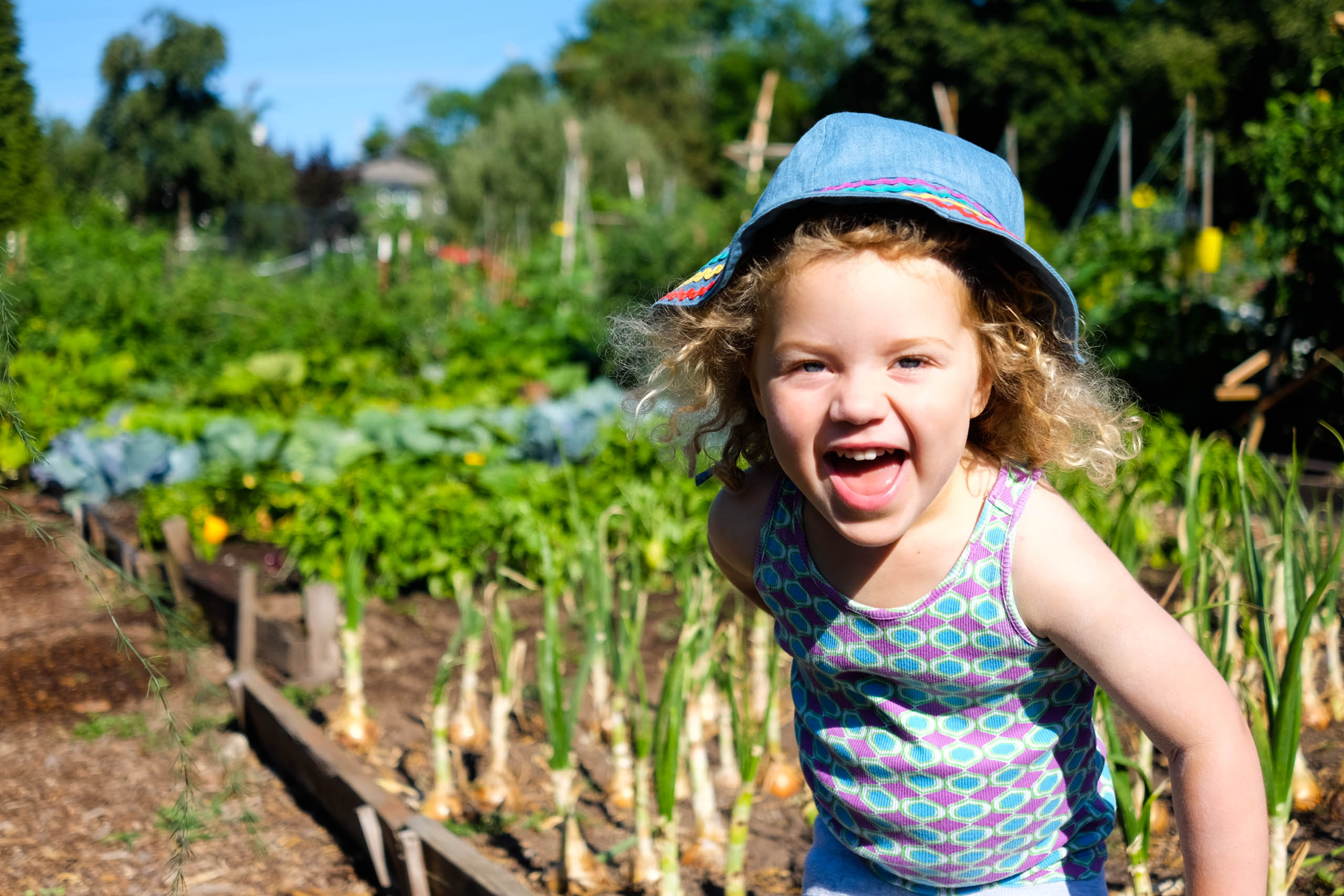 We’re still going to the garden. Idara is increasingly helpful, and can weed, water, and harvest for 10 to 15 seconds before getting bored and moving onto something else. The activity she’ll stick with for a long time, though, is picking strawberries. Unfortunately none of them ever make it into the basket. 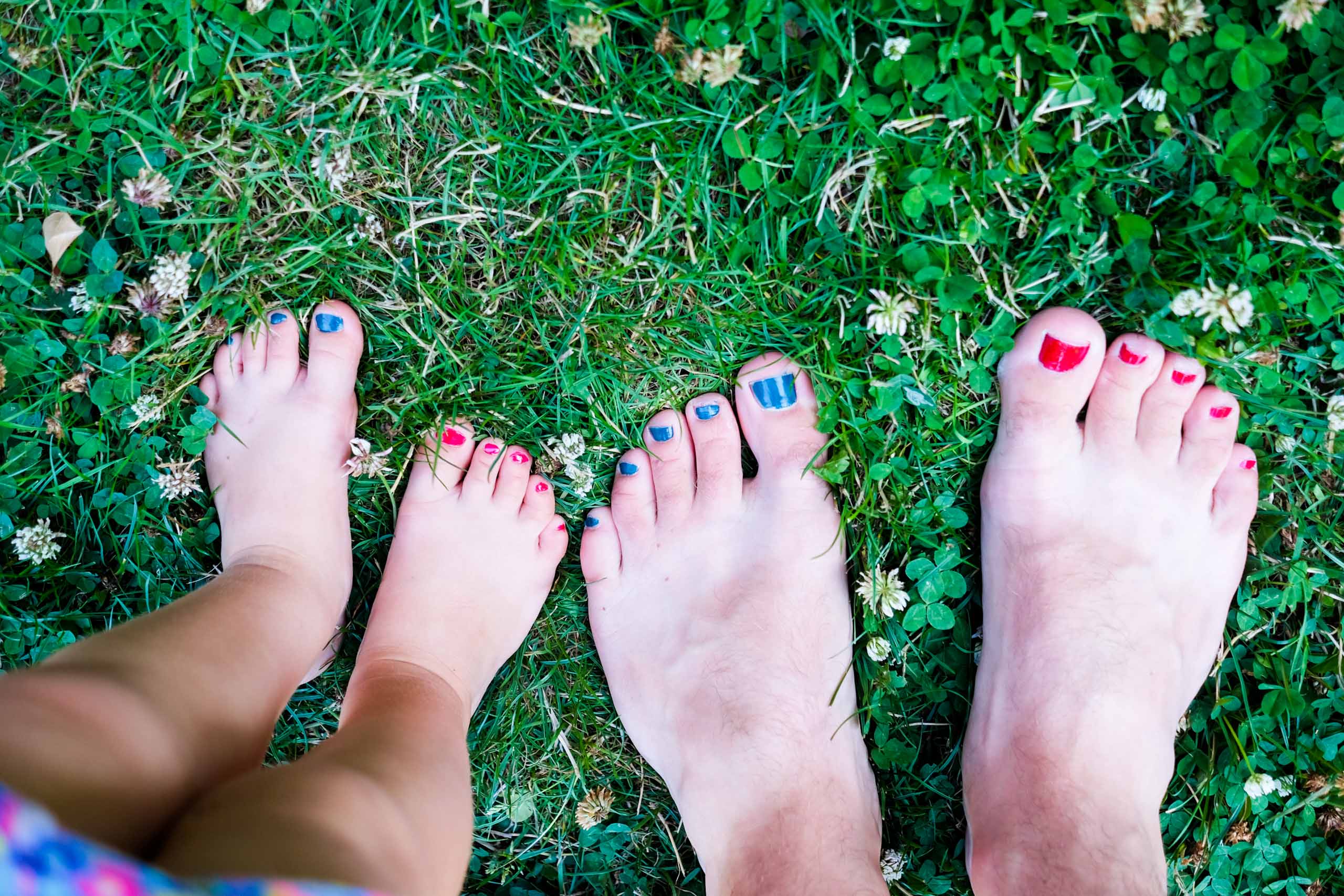 Gardening in sandals always leaves dirt under my toenails. It’s as inevitable as it is socially unacceptable. Rather than spend an hour digging out that last little speck of dirt, I decided to have Rachael paint over it, matching Idara along the way. So not only do my toenails look clean, but when people see Idara and I together at the grocery store, they inevitably think, “Painted toenails to match his daughter? That guy must be a incredible father.” 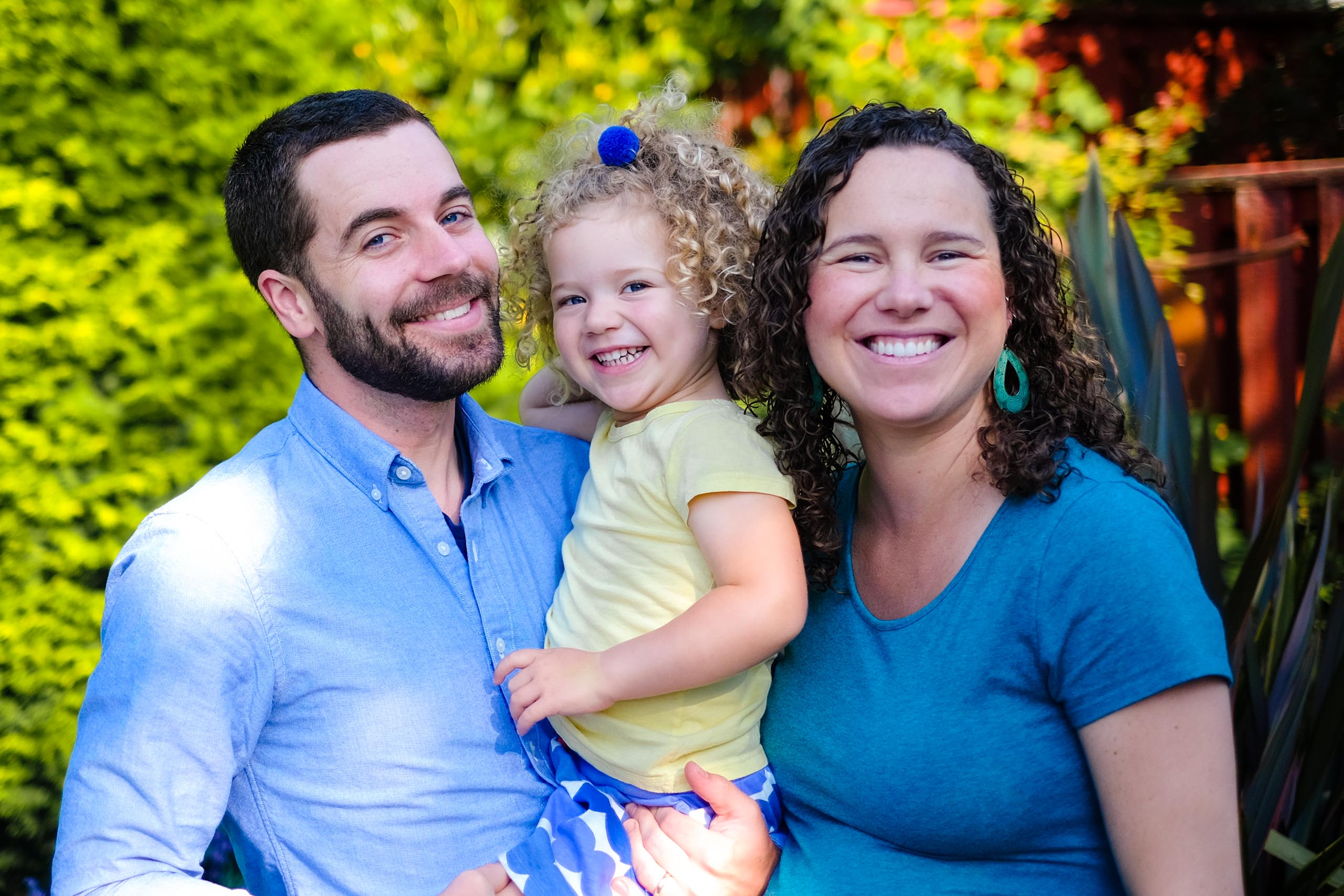 Idara starts preschool this month, and one of the things the school asked us to do in preparation was prepare a family photo. Several hundred pictures later (thanks, Suellen) we ended up with this. 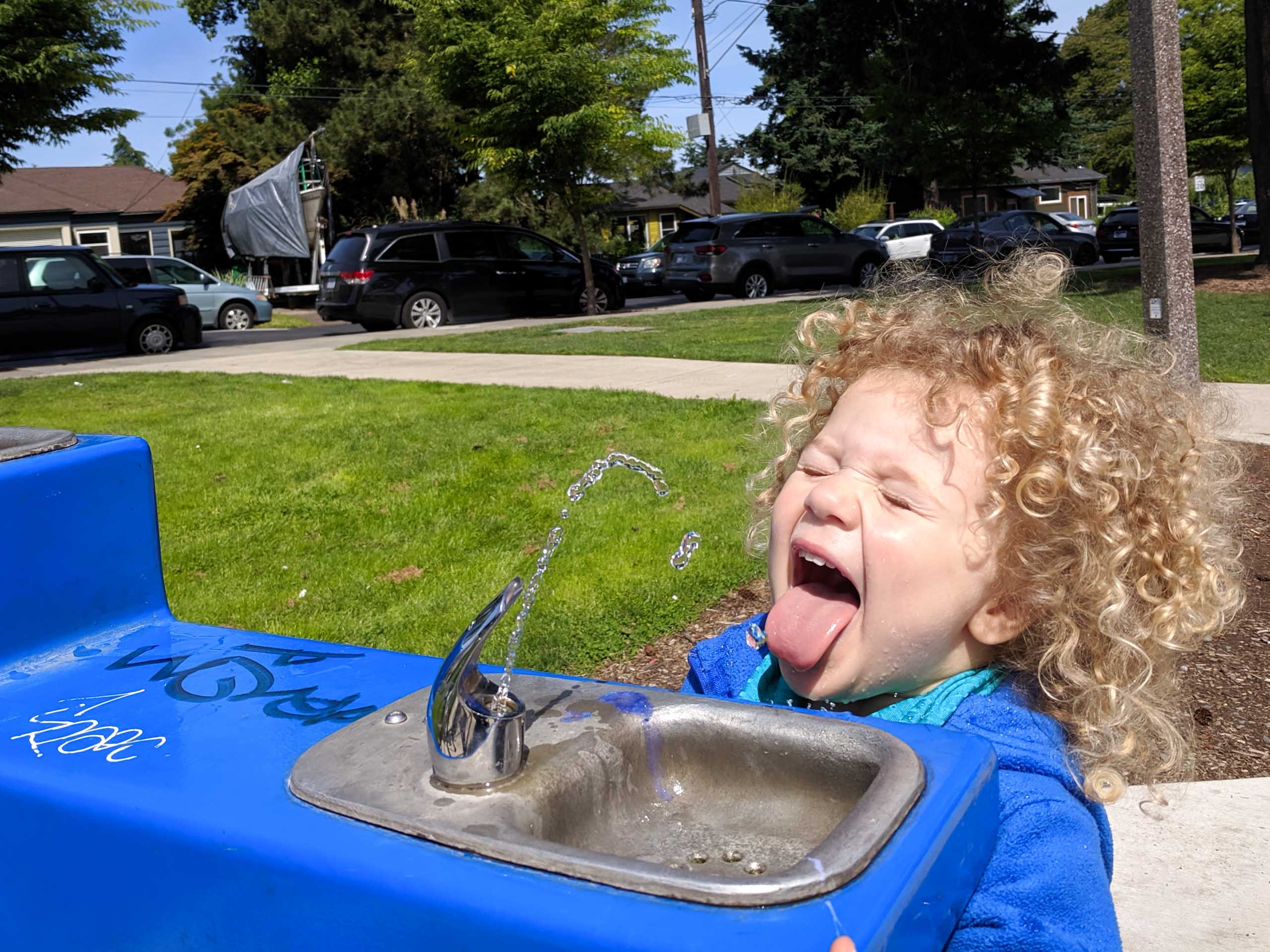 I will never get tired of looking at this picture. 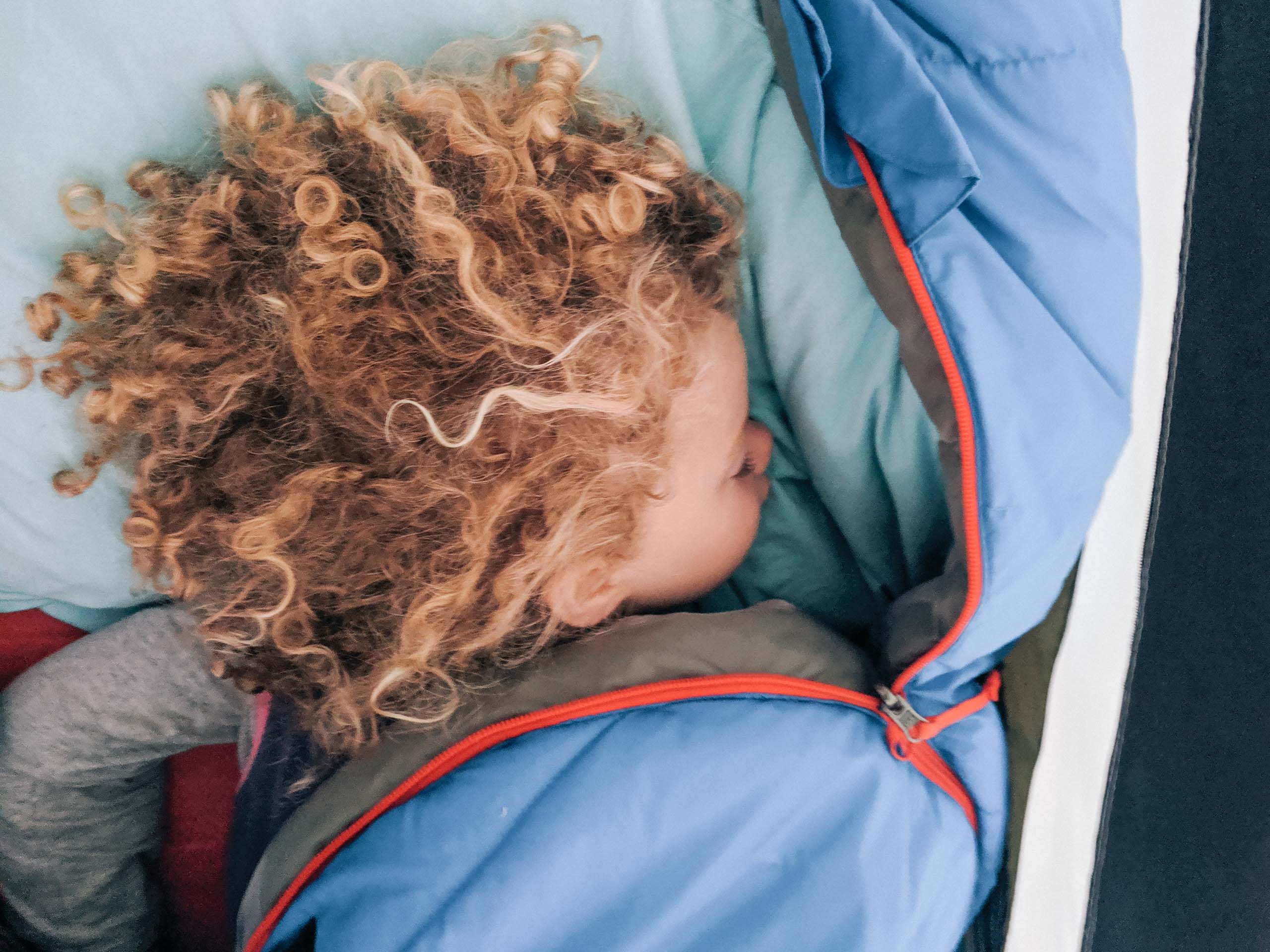 A few weeks ago Idara joined me on the 11th annual Montgomery camping trip. The thought of sleeping on the ground while 35 weeks pregnant was enough to give Rachael a contraction, so she stayed home and enjoyed a weekend to herself. I was especially proud of Idara since this was the first time she’d ever slept in a sleeping bag instead of a crib. I, on the other hand, was so flustered getting everything ready that I didn’t bring a sleeping bag for myself, so I ended up sleeping under Forrest and Vanessa’s dog blanket. 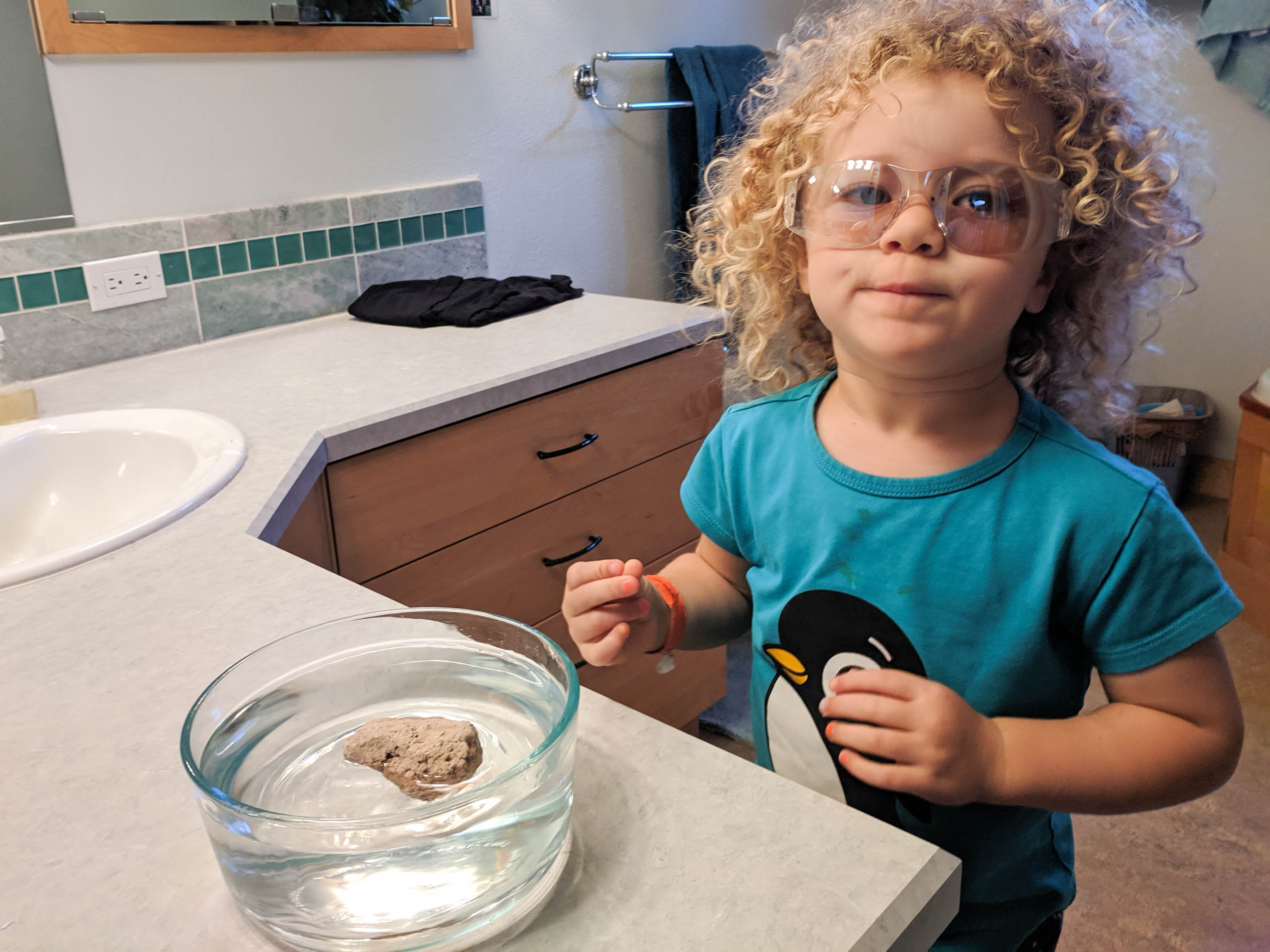 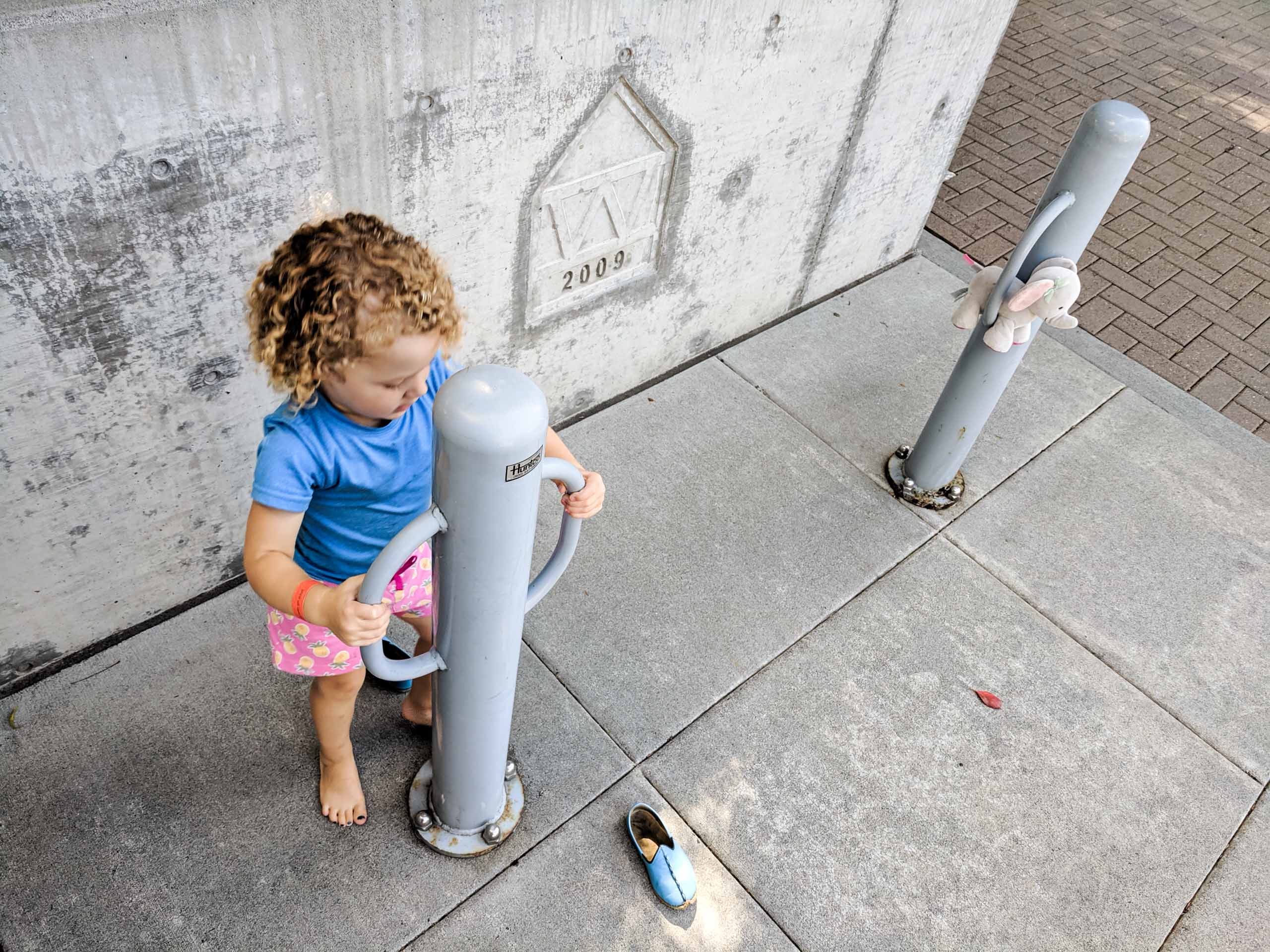 After one of Rachael’s prenatal appointments the three of us got some coffee and walked around South Waterfront. As we were walking back to the car Idara came upon these two bike racks and proceeded to amuse herself for the next fifteen minutes. We tried to pry her away with the promise of a trip to the playground, but she resisted. As Charles Kingsley once said, “All we need to make us really happy is something to be enthusiastic about.”