Idara at One Year 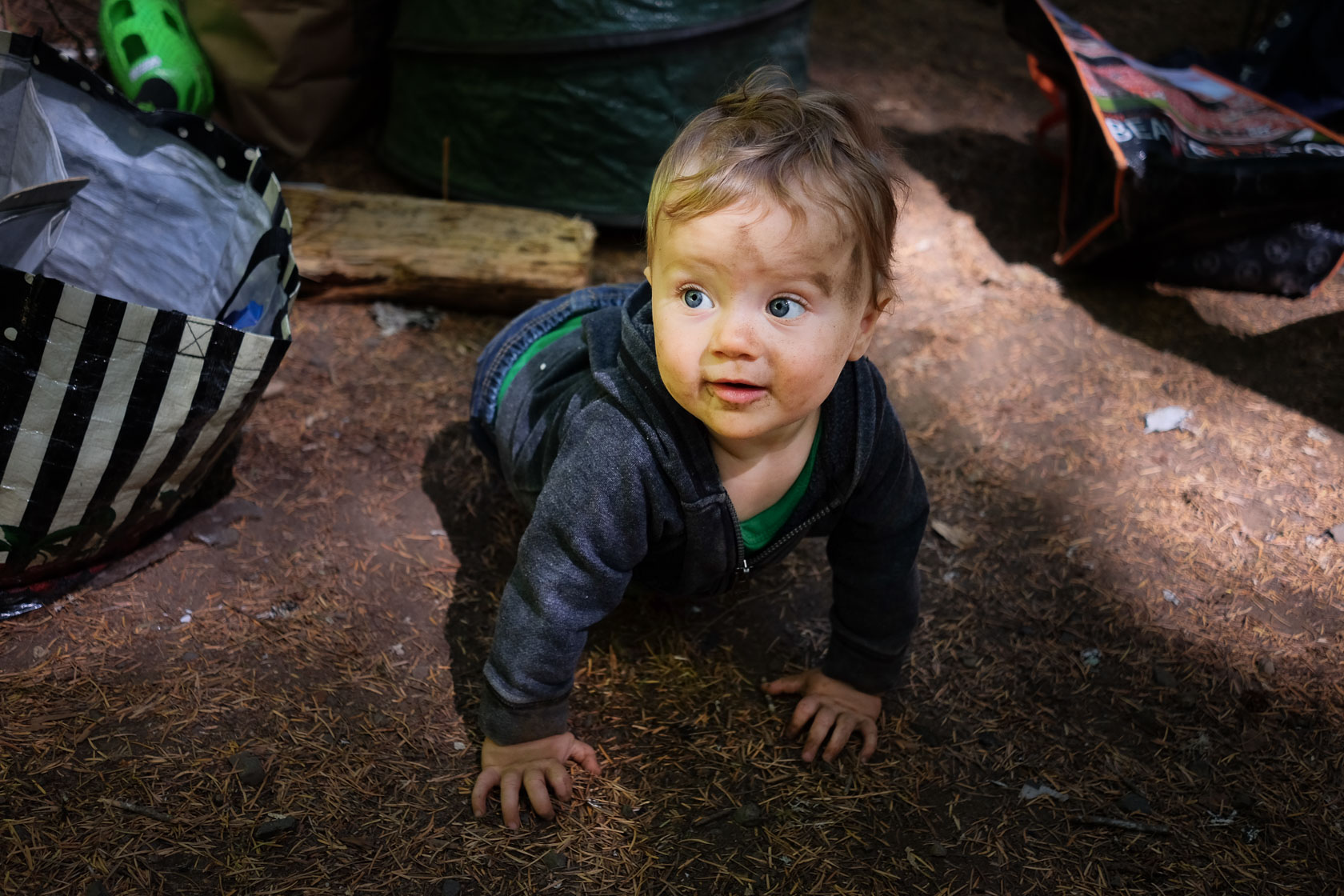 At the end of the August we took Idara on her first camping trip in the trees. We’d camped once before in Qatar when she was three months old, but this was much, much more pleasant.

On Saturday Rachael and I take Idara up to the hospital on the hill. It was a year ago today that we’d made this journey, except this time there is no emergency call to Labor and Delivery, no middle of the night drive. She coos and talks to herself in the back seat. When we emerge into the parking garage she looks around and points, as if she remembers that she’s been here before. 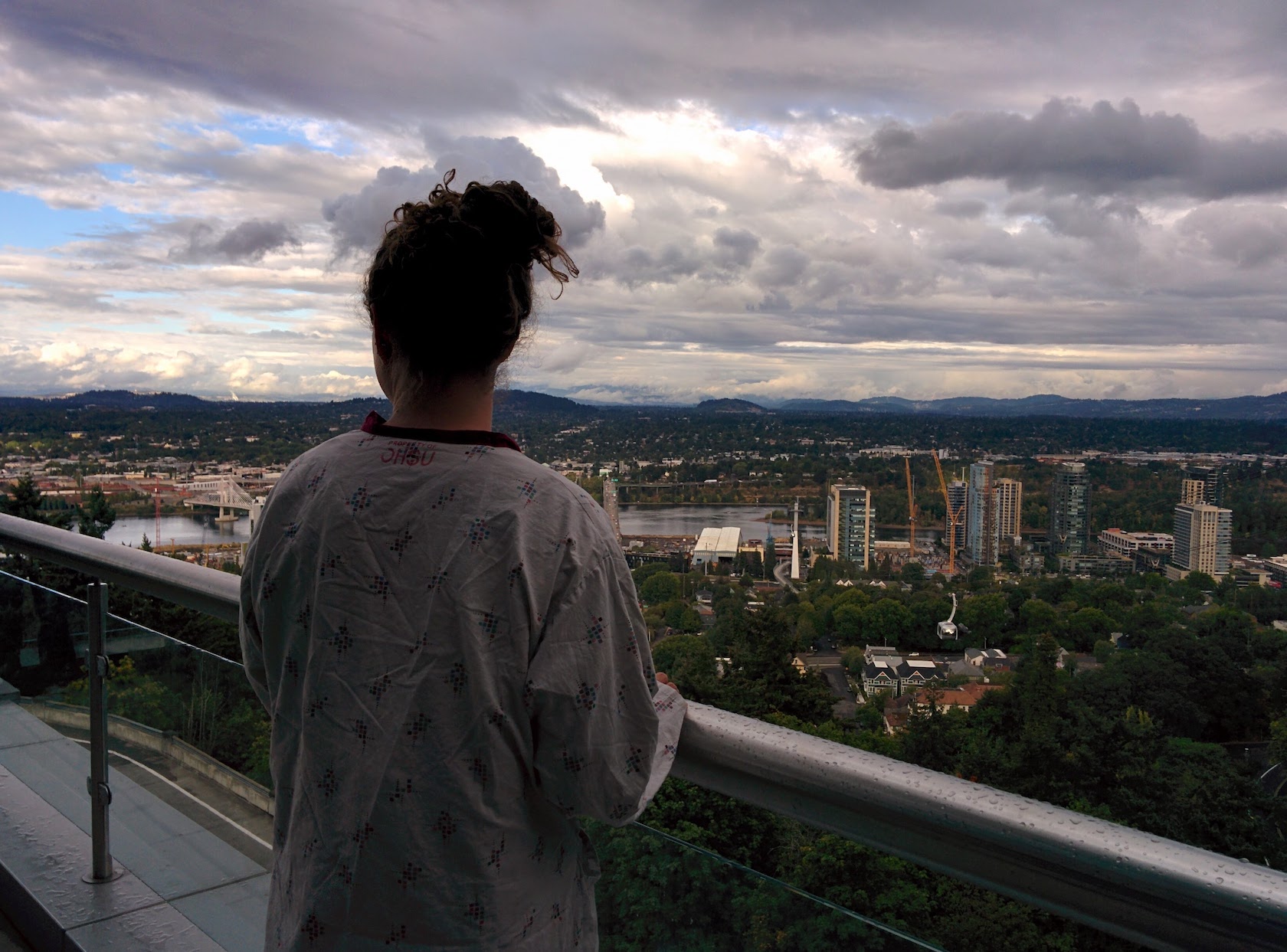 Rachael and Idara, version one.

We walk out to the terrace where the nurses let Rachael take a walk on her first day, before they feared a placental abruption and had to be ready for an emergency C-section. “We can have a baby out in seven minutes,” I remember one nurse saying. It would be the last time either of us would set foot outside for seven days.

But today there are no restrictions and so we take our time. I set Idara down at the fountain and she tries to catch the flowing water between her fingers. It runs down her arm and all over her dress instead and before I pick her up I wring the water out onto the concrete.

If there weren’t so many people on the terrace I’d let her explore on her own. She started crawling back in July and now her knees the tops of her feet are always scuffed up from being dragged along wooden floors and grass and pebbles and concrete.

Someone told us that it’s all over once they start crawling, but in many ways life is easier now. Rather than trying to guess where she wants to be or what she wants to play with, she can figure those things out for herself. Sometimes I’ll sit in her room and read while she putters from her books to her blocks to the laundry basket. She’ll entertain herself like this for an hour or longer with no input whatsoever from me. It has become one of my favorite ways to spend the morning. 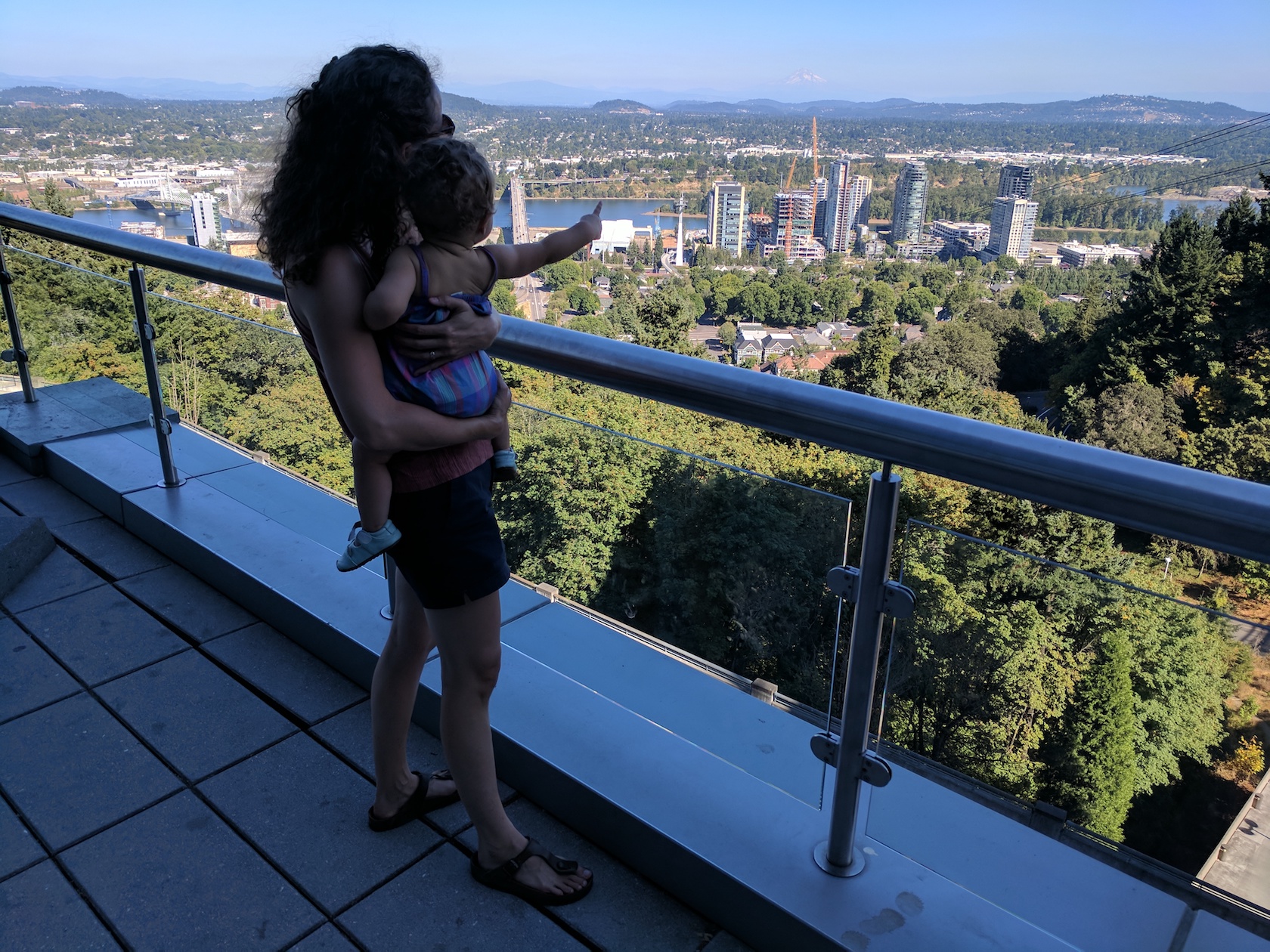 After a picture in the same spot where Rachael had stood a year ago, we walk around to the top of the tram. When the big yellow wheel begins to spool out the cable Idara squeals and points, as if to say, “Are you seeing this?!” The tram descends the hill and Idara waves goodbye for a moment and then returns to pointing and screaming at the big yellow wheel. She also waves to people, and cats and dogs, and trees, and clouds, and sometimes nothing at all, as if she has an imaginary friend who follows her wherever she goes.

Back in the car, I put on the song that Rachael and I cried our way home to when we first left the hospital with Idara. It has all the makings of an emotional moment: the same song, the same road, the same sunny weather, all a year later. And then, from the backseat, we hear Idara starting to whine. Time for a new song.