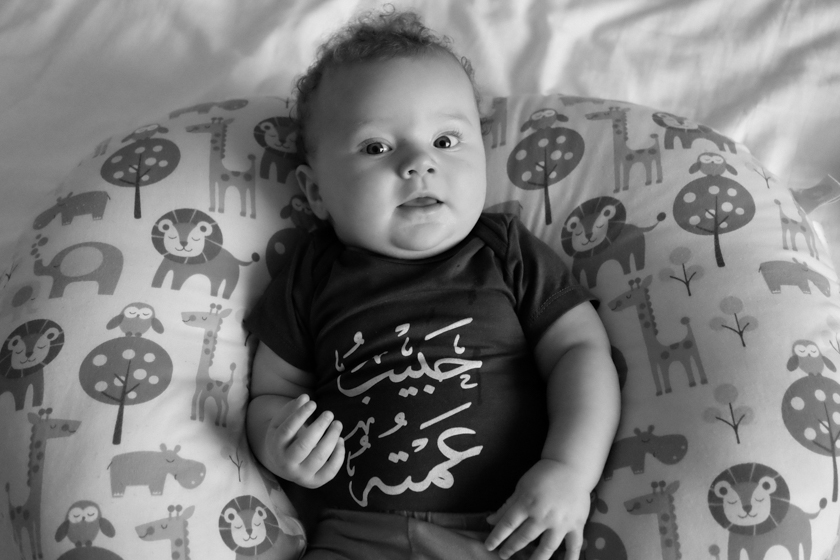 We got this onesie in Kuwait. It says “Auntie’s Favorite Nephew.” Close enough.

If it’s a school day I wake Rachael up around 5:15 a.m. Idara is usually already awake, but if she’s not I get to pick her up and hold her for a few moments, still asleep. When she was younger she’d sleep in our arms all the time, but now that’s become a rare pleasure. Rachael gets dressed and I dress Idara. This is when she’s most pleasant and playful, so I’m lucky that she usually spends these moments with me. 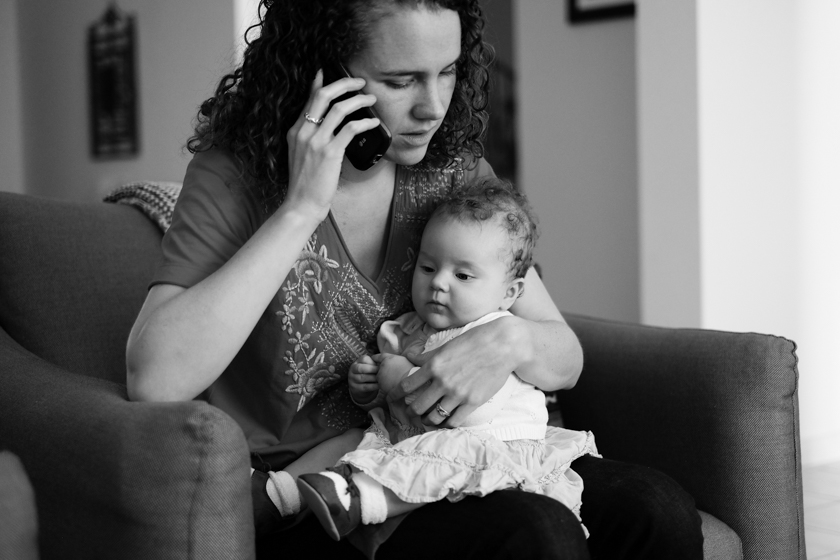 Idara sitting in on an important phone call.

She comes to school with us every day and hangs out in the baby room (an office converted to a mini nursery) with another baby named Hamza and a woman named Ivy. She’s become a kind of part-time parent to Idara and we feel very lucky to have found her. Rachael feeds Idara about three times over the course of the workday and I check in with her between classes.

We don’t have her on a schedule, per se, but we always put her down for a nap shortly after we get home from work. Her naps aren’t very long, but now that she can go to sleep without being held they’re much less onerous. The secret, we’ve found, is white noise. We often use a blowdryer for a few minutes to get her to sleep, and then we run an iPod through a little speaker near her crib to keep her that way, for a while at least. She naps for 30 minutes to an hour at a stretch. At night she’ll sleep for about four hours before waking up to feed.

On the weekend I usually get up early with Idara and hang out with her for a few hours while Rachael sleeps in. I sleep more and better during the night, so I think it’s a good trade. Idara is only good for about an hour before she’s ready to sleep again, so instead of putting her back in her crib and waking up Rachael I put her in our baby carrier and go for a long walk around the neighborhood. She usually falls asleep within ten minutes of leaving the house. I walk over to a grocery store if we need food, or sometimes I’ll walk over to a tea stall and get a cup of chai. Sometimes people stare at us with mouths agape. You don’t see a lot of people walking here, let alone a man with a baby in a backpack. We’re quite the sight. 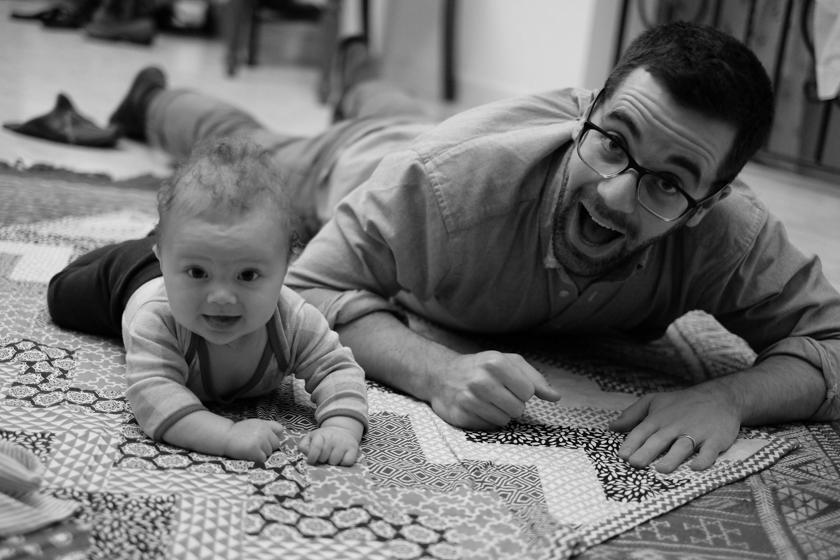 We spend a lot of time playing on the floor.

The breastfeeding struggles from the first few months have subsided. Now the challenge is finding a quiet space to nurse her because she’s easily distracted. Sometimes if I say something to Rachael while Idara is latched on Idara will whip her head around and show me a giant grin, milk streaming down the side of her face.

I take Idara swimming every week or two in a ridiculously warm swimming pool at our friends’ apartment. She doesn’t seem to enjoy it, but she doesn’t cry, either. Lately we’ve started to put her face underwater for a second or two at a time.

She’s rolled from front to back twice and back to front three times. Instead of making either a habit she seems to have adopted a “been there, done that” attitude. She can’t crawl yet, but she’s making some motions like she might be able to start scooting herself around soon.

We’re always trying to come up with new ways to make her laugh. For a while, peekaboo was a hit, but she’s not as entertained by that as she once was. We’ll have to start getting creative again. 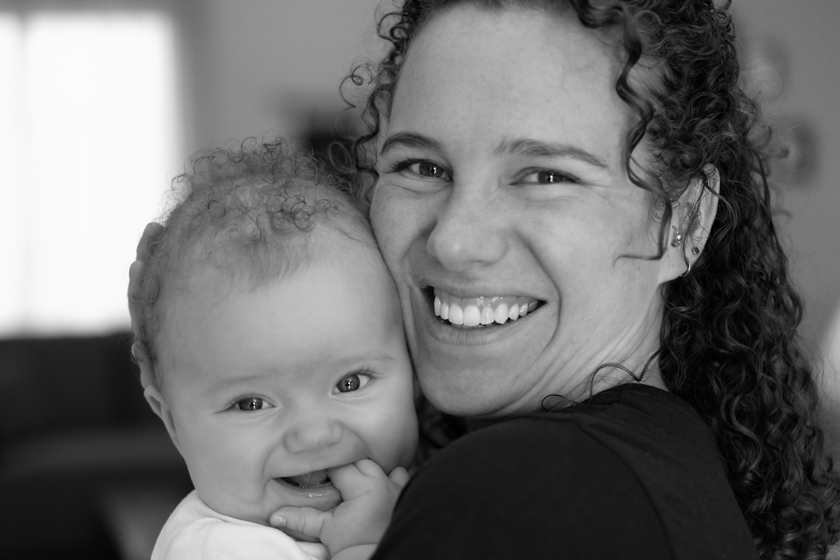 She talks a lot. No real words, of course, but lots of cooing and singing. Sometimes when she’s ready to wake up she’ll sing and make sure that everyone else has to wake up, too. We like to sing to her. Queen, Bon Iver, Dominick the Donkey, Dr. Jean’s Guacamole Song.

She was born with so much hair that we thought maybe she wouldn’t go bald but alas, a lot of it has now fallen out. There’s still a good-sized tuft on top and then a Ghallagher-style skirted eggshell along the sides. If you look in her crib you can see where it’s all going.

Her nicknames are evolving. In utero we called her Space. Post-delivery she became Idarasaurus, Puffin, then Pumpernickle, then Puffernickle. Muffin, Muffernickle. We’re always trying to come up with new permutations. Sometimes when she’s being particularly difficult we (lovingly) call her haiwana, which means “animal” in Arabic. It’s our students’ insult of choice, so hopefully Idara’s not too offended.

The next frontier is solid food. We had a failed attempt at feeding her some banana, but then Ivy got her to eat a bit of Hamza’s applesauce. Since then she’s moved onto oatmeal. Then we’ll try sweet potato, pear, and maybe give the banana another shot.