Rachael and her folks and I left cold, foggy Budapest on Christmas morning and arrived in sunny Prague in the afternoon. Here are a few highlights from the seven days we spent exploring the city:

Rachael was looking up running routes in Prague when she came upon a listing for a guy named Radim who does running tours of the city. A couple of days and fifty euros later, he met us at our apartment and led us on a ten mile tour of the city, running all the way. 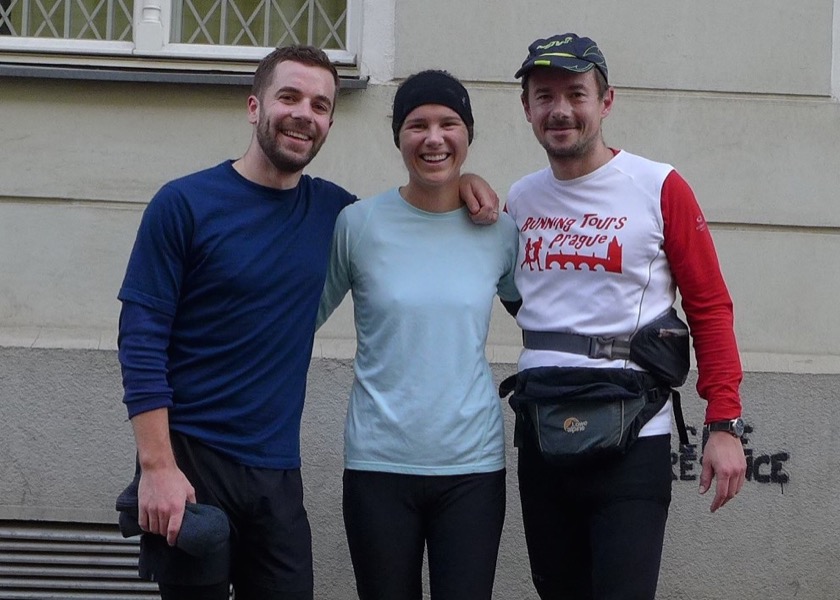 Radim carried a camera and took pictures of us during the run, including this last one of all of us together.

He told us about the history of the Prague, from the Austro-Hungarian Empire to the world wars, and through Communism to the present. We never paused for more than a minute at a time, so it was an excellent way to see most of the main tourist sites in a short period of time. Had we been walking it would’ve taken a full day or more.

The history was interesting, but the best part about the tour was having the opportunity to get to know a local Praguer. It’s hard to get a feel for a place without spending a while talking to someone who lives there.

While on one of our Rachael-guided walking tours we came upon the Klementinum Observatory where Tycho Brahe accurately recorded the movements of the planets and where Johannes Kepler formulated his laws of planetary motion (namely, that planets orbit the sun in ellipses rather than concentric circles). 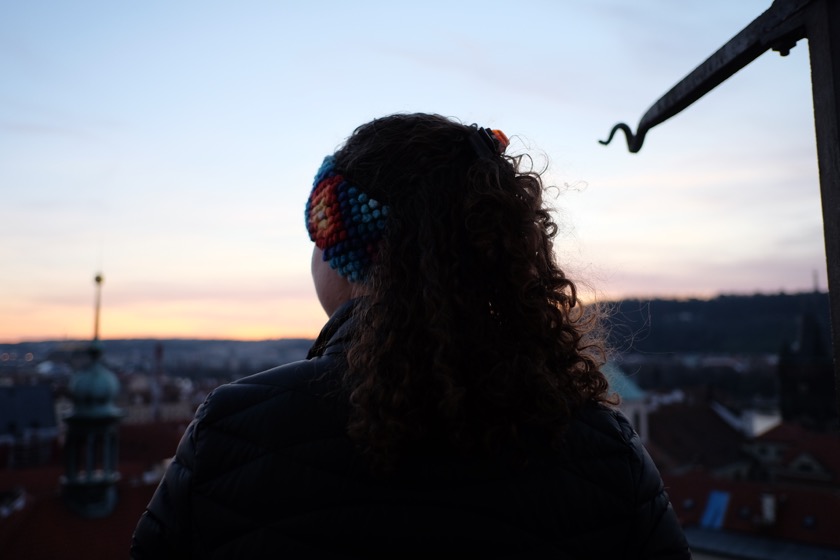 Rachael looking out over Prague from the top of the Klementinum’s astronomical tower.

A few days later Rachael was patient enough to accompany me to Prague’s Národni Technické Muzeum (National Technical Museum) where they had an entire exhibit dedicated to the original tools of astronomical research, including the actual sextants that Brahe and Kepler used. Pretty cool.

Another cool thing that Rachael organized on our trip (the alternate title of this post was “Cool Things Rachael Planned for Our Vacation) was a trip to one of Prague’s “escape games”, wherein you’re locked in a room and have to figure out how to escape. Rachael and I undertook this challenge with Gordy and Suellen on our last full day in Prague, and it ended up being one of my favorite parts of the trip.

The most popular escape game in Prague was booked for our entire stay, but we were able to make a reservation with TRAP, one of its competitors.

In order for us to diffuse the “bomb” which had been planted in our room and make our escape we had to decode hidden messages, read Braille, navigate mazes, and peddle a stationary bicycle really, really hard (thanks Suellen), among other challenges. 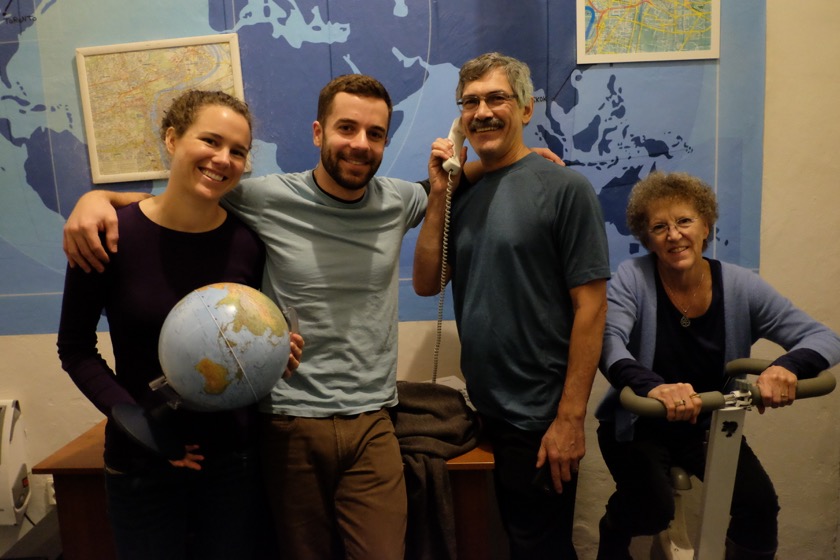 If you ever come across an opportunity to be locked in a basement and try to escape, first make sure it’s just a game, and then do it. I promise you won’t regret it.

Rachael and I are headed home as I type this. We’ll have a couple days to get our bearings in Doha, and then we’re back to work. Happy New Year.