Rachael and I are spending our Christmas vacation this year in Central Europe with her parents, Gordy and Suellen. Here are a few thoughts and pictures from our first stop, Budapest. 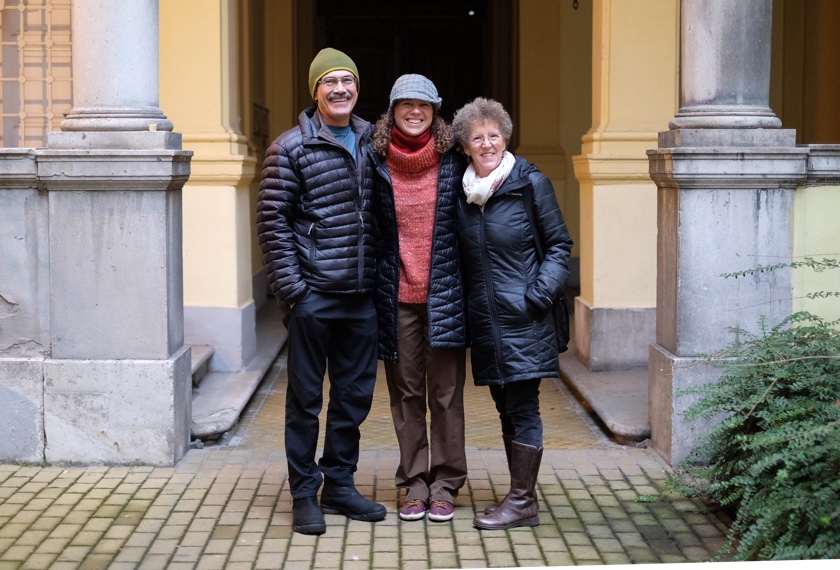 Rachael with our traveling companions (and her parents), Gordy and Suellen.

As we drove through the dilapidated industrial suburbs of Budapest on our way in from the airport, the clouds were low in the sky and a mist hung in the air. Everything seemed even more moody than it would have on a clear day. There was graffiti and trash and buildings sitting empty, and I loved it. Coming from brand new sunny Qatar, sometimes I can’t help but long for a place that seems a little more rough. 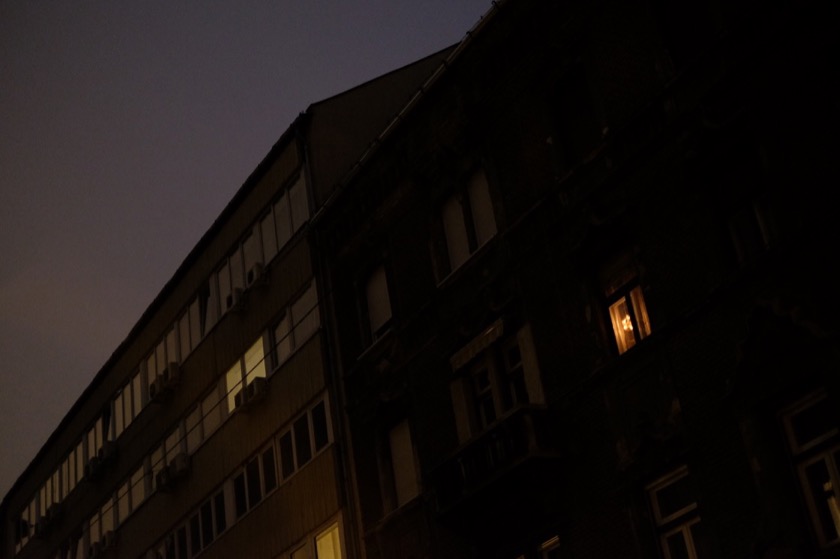 A lot of the buildings look like this: dark and square.

The sun rises late and sets early, so we’ve been doing a lot of our exploring in the dark. The streets are dimly lit by sulfur lamps, and many of the buildings were either black to begin with or have become that way over the years. It reminds me of old movies set in the Soviet Union, like Doctor Zhivago.

We’ve done a lot of walking and running around Budapest, and it seems that everywhere you look there are statues and monuments memorializing one thing or another. A couple that have stood out for me are the Turul and Eugene of Savoy, both at Buda Castle on Gellert Hill. 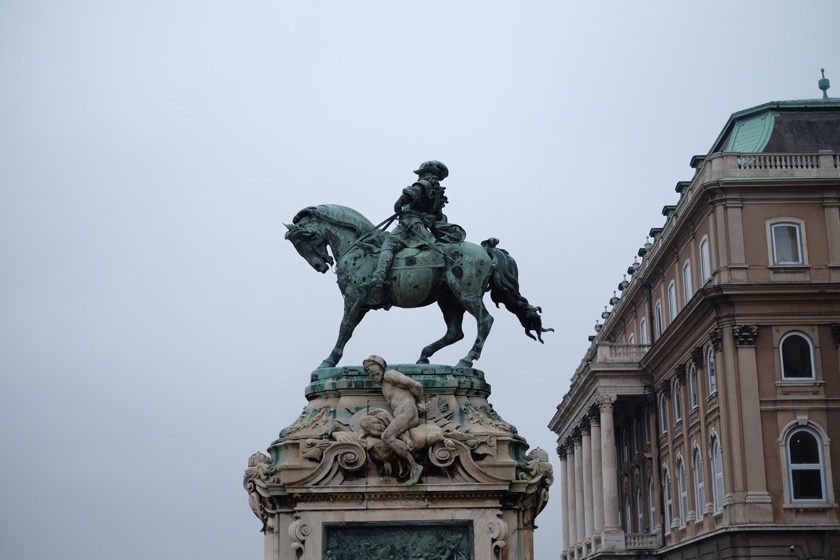 The statue of Prince Eugene of Savoy is outside Buda Castle.

I’ve been taking lots of pictures of the statues and will share them on Facebook once we get back. 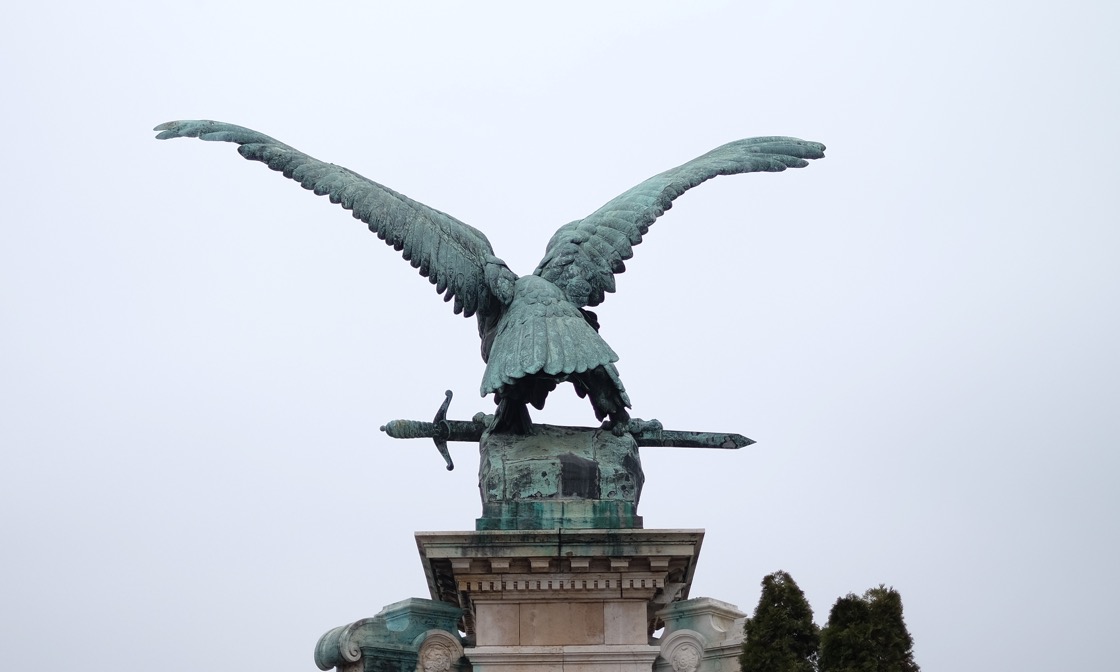 According to Wikipedia, the Turul plays an important role in the origin myth of the Hungarian people.

We’re in Budapest until Christmas Day when we’ll board a train to Prague. Until then, we’ll be eating sausages, soaking in the baths, and seeing the new Star Wars. Sorry if this wasn’t the post you were looking for.