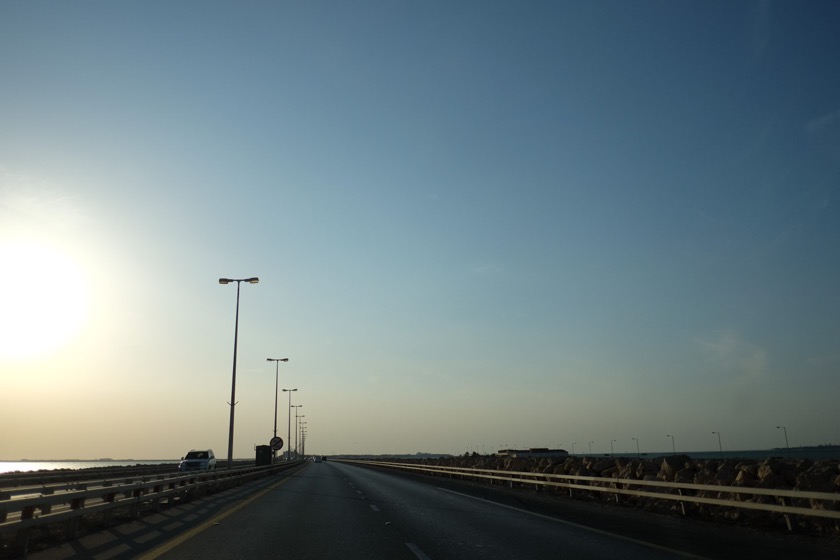 The "bridge" connecting Saudi Arabia to Bahrain is 22 kilometers long, but most of it is just a road built on sand that's been poured into the water.

The road trip we took last winter to Dubai — driving through Saudi Arabia on the way — went down without any problems, so soon afterward we started talking about making another trip, this time turning north at the Saudi border and heading toward Bahrain. We decided on a weekend this November and booked a guesthouse in Manama, the capital.

The day before we were supposed to leave I made the mistake of looking up the the current travel warning for Saudi Arabia, published by the American Embassy in Riyadh. It includes phrases like "keep a low profile" and "carefully consider the risks" (which are obviously good recommendations for traveling in any country) and then goes on to list specific incidents involving Westerners, some of which have resulted in injury or death. Needless to say, it had me wondering whether driving from Qatar to Bahrain was an unnecessary risk, and I began to feel it in the pit of my stomach. 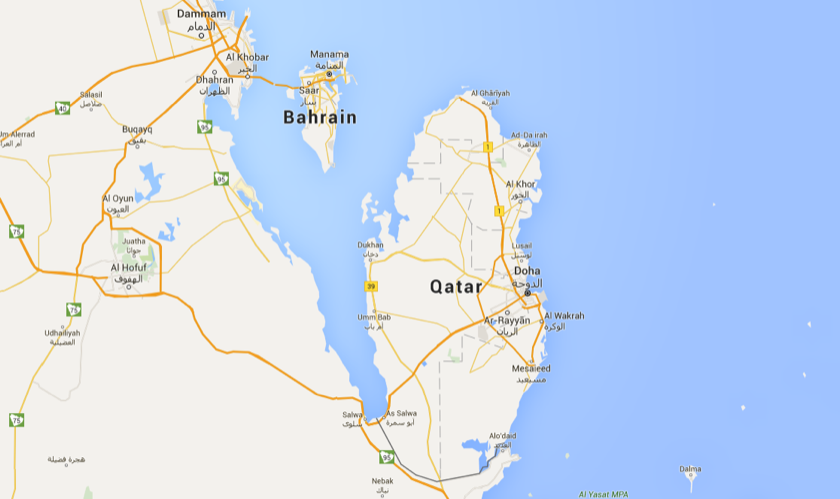 It's a five hour drive from Doha, Qatar to Manama, Bahrain, not including border crossings.

We talked with our friends Jake and Bethany, who we'd be driving with, about our concerns and spent several hours vacillating between going ahead with the drive as planned or booking a few last minute plane tickets. I was pretty set against driving, not because I honestly felt like anything bad was going to happen, but because if it did, we'd be forever memorialized as reckless idiots.

Still unsure what to do and needing to make a decision soon, we emailed an American woman we know who lives in Saudi Arabia with her husband and son. She wrote back a couple hours later and said that they'd driven the same route we were planning on taking many times, both during the day and at night. She said they usually avoid stopping along the way but that they'd never had any issues with the things mentioned in the embassy warning. Anecdotal evidence, sure, but if this woman and her family weren't scared away then we shouldn't be either.

The thing we should be worried about, she said, was the driving. Saudi Arabia is a potent mix of big cars, cheap gas, crappy roads, and few cops to write tickets for speeding, tailgating, or passing on the shoulder. And then there are the camels. Just don't look up "car camel saudi arabia" on Google.

So we drove from Doha, Qatar to Manama, Bahrain, and it was fine. Nerve-wracking and scary and exhausting, but fine. People drove like physics didn't apply to them and stared at the border crossings, but there were no camels, and no one gave us any trouble.

We spent the next day and a half exploring Bahrain, which is a bit like Qatar, except with planful development, clearer air, better restaurants, and a majority Shia population (Qatar is overwhelmingly Sunni). You can buy beer there, too. Rather than a play by play, here are a few pictures: 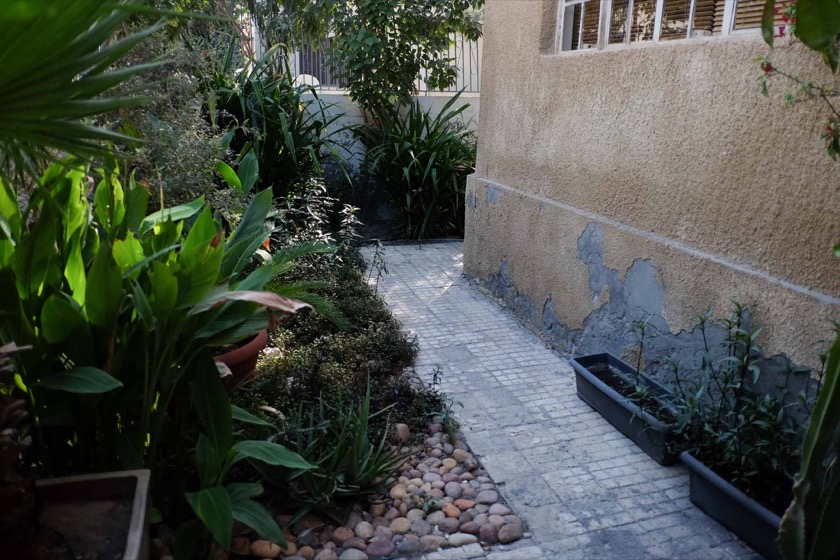 The place we stayed had a nice garden with real plants. A garden! Plants! 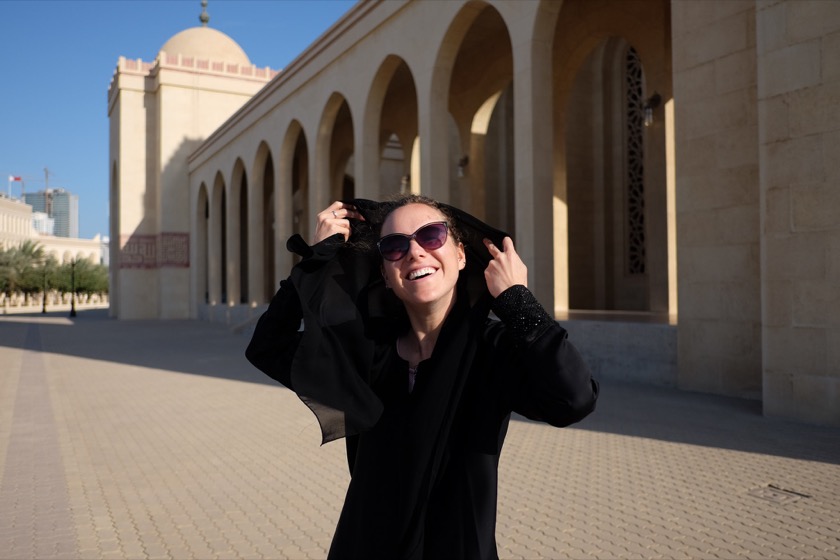 Rachael wore her abaya and hijab at the mosque and at the Saudi border crossings. 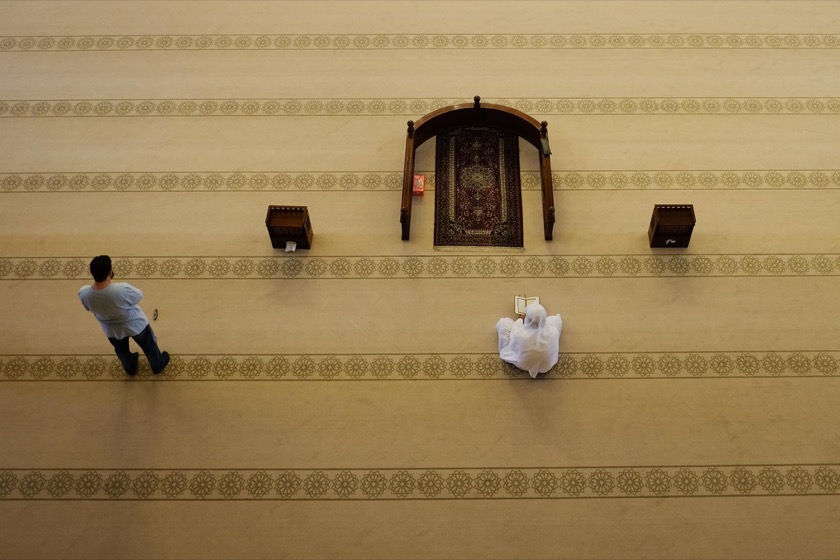 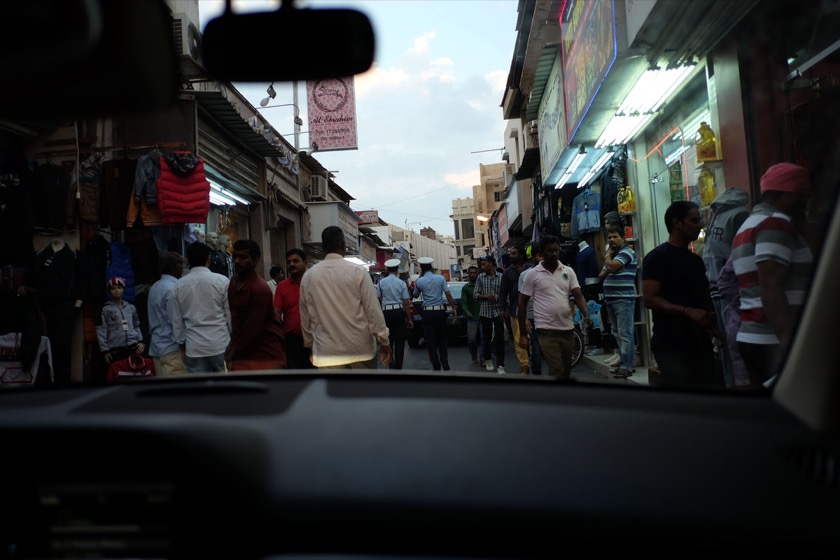 You can drive through the souq in Manama, which is exactly what we did. 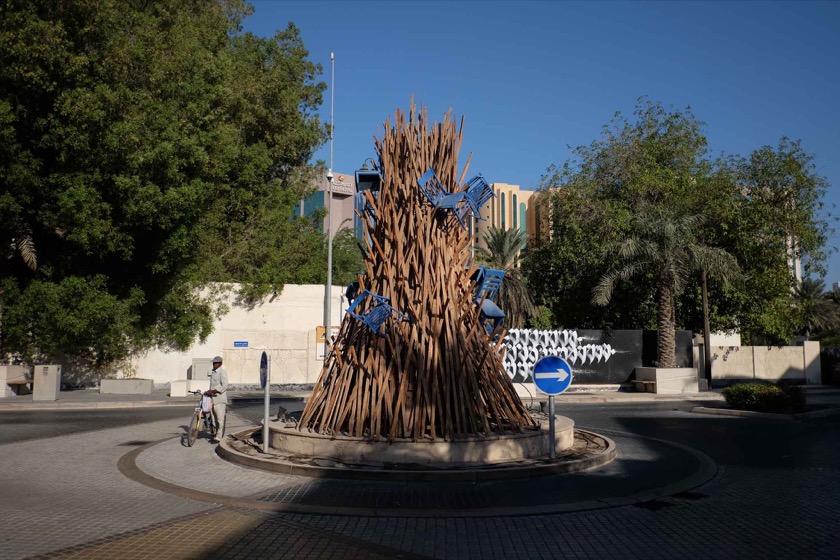 I liked this unassuming art installation we found at a traffic circle in Bahrain. Qatar has some art around, too, but it's usually the work of high profile international artists and seems more about prestige than transforming a public space. 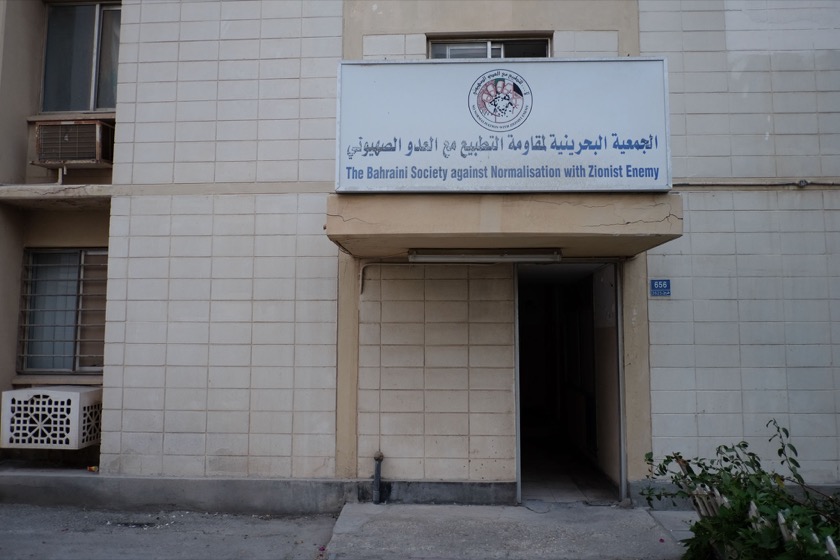 We stumbled upon the Bahraini Society Against Normalisation with Zionist Enemy. You can guess what they're all about. 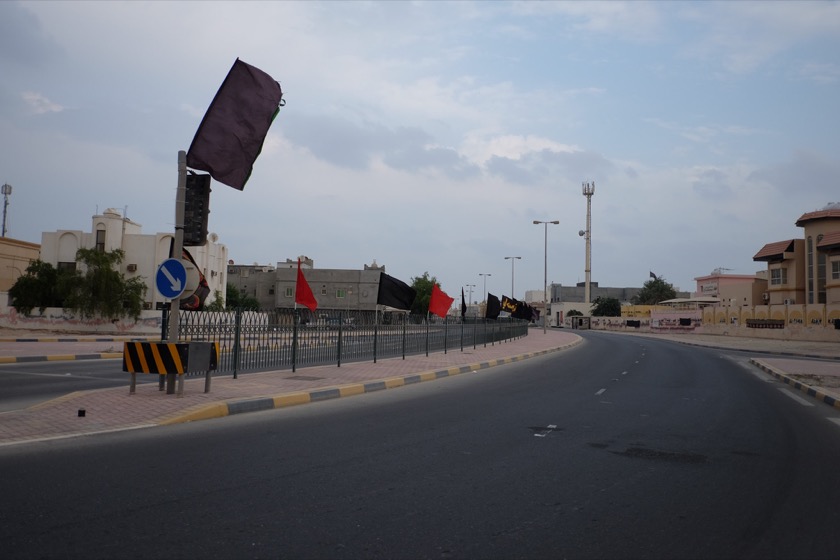 Several of the suburbs we drove through in Bahrain were decorated with these red and black flags which apparently mark the Shia neighborhoods of the country. Regardless of the meaning, seeing black flags waving in the wind is a little unnerving. 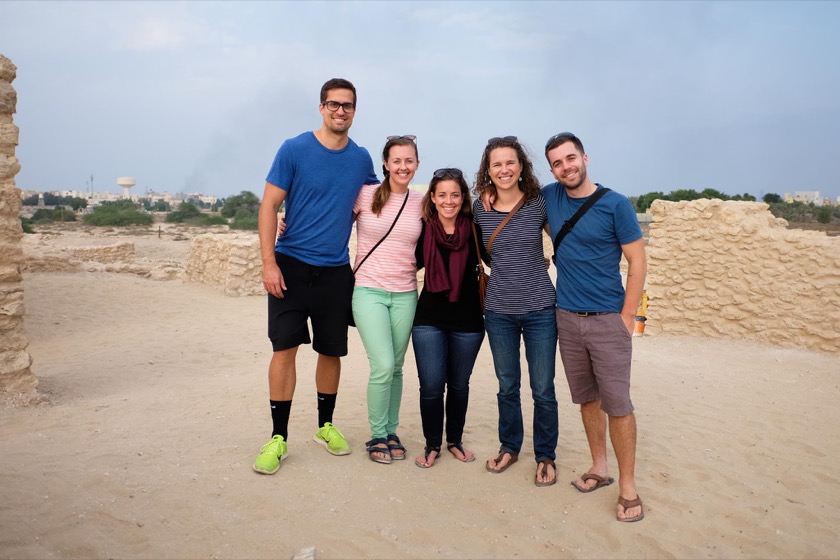 Jake, Bethany, Danieal (who flew into Manama to meet us), Rachael, and me.

After a day and a half exploring Manama and a few of its suburbs, we prepared for our journey back across the bridge into Saudi Arabia and on to Qatar. Since Thanksgiving was approaching and Danieal was having trouble finding turkey in Qatar, we bought a few frozen birds at Carrefour and drove them back with us. Border control didn't seem to mind.

Thankfully, our fears of encountering anything dramatic on our drive through Saudi Arabia were never realized. The driving was crazy, sure, and it wasn't at all relaxing, but I'm glad we did it. All of that said, next time I think I'll fly.