The security guard at our compound noticed the water leaking through cracks and called the maintenance people to check it out.

Ever since we'd received word of the water leak, I'd imagined what it'd be like to open our door for the first time and see the damage for ourselves. In reality, we didn't even need to open the door because we could see it as soon as we pulled into the driveway. The water that had been in our bedroom had soaked through the concrete and come out on the outside of the house. I didn't even know that was possible.

When we opened the door and smelled how musty our house was, I realized that getting back to normal would be more complicated than just drying up the water and throwing out everything that was ruined. Turning the corner and seeing the mold taking over the wall outside our laundry room cemented the idea. 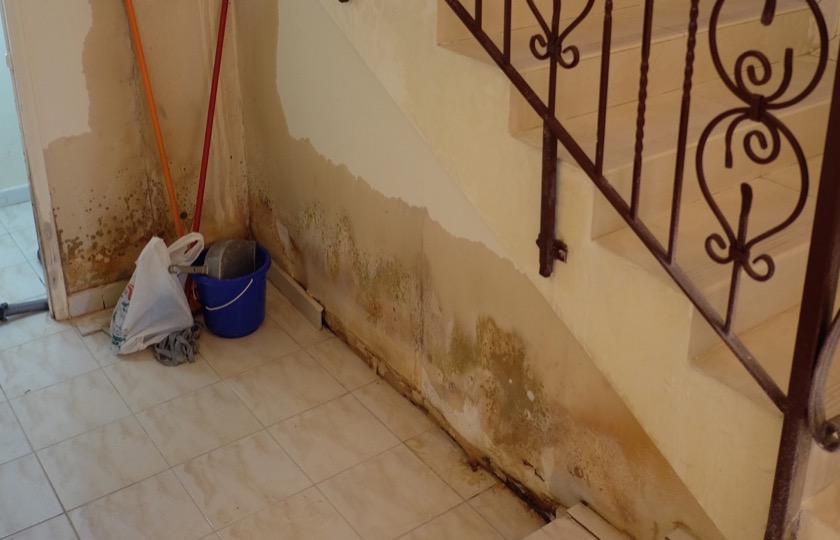 We spent a while surveying the damage before calling it a night. As we'd heard on the phone, a lot of the furniture was ruined. The paint was peeling from the walls and the ceiling. The particle board wall at the bottom of the stairs was filled with mold and starting to fall down. Most of our stuff appeared to be okay, with the exception of Rachael's carpet, some books, some board games, and our boxing equipment. All told, we figure we're out about $1,000 worth of stuff. It could've been worse.

Even though most things were okay, I still went to bed feeling depressed and unwell. The only home we'd known for the past two years, and the only home we've known as a married couple, was smelly, and moldy, and filled with rotting furniture. Sigh.

The next day we decided that we weren't going to stay in the house until the mold had been taken care of. This required calling in some favors, first with friends whose couches we'd be surfing, and then with staff at our school because we'd likely need a more permanent place to live. So that night we slept with friends and sent an email to our school asking if there was anywhere we could stay while everything got sorted. 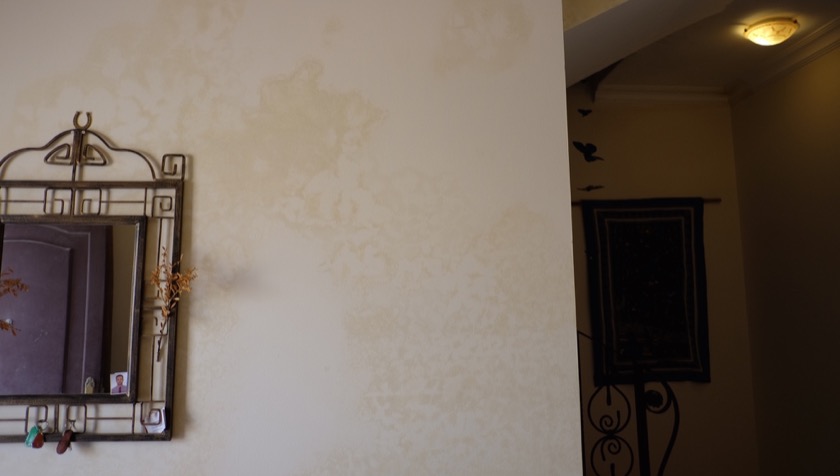 I'm not sure if this is water coming out through the concrete or if the ridiculously high humidity caused the paint to discolor.

We're used to things taking a lot of time to get done here, but we were pleasantly surprised to find that our HR guy and principal had helped line up an apartment for us to stay in while everything got fixed.

When we showed up at our temporary apartment that night I should've been impressed by how nice the kitchen and bathroom and furniture were, and how none of it was covered in mold. Instead, it just made me miss our home. I missed our pictures hanging on the walls, I missed knowing where all the light switches are, and I missed our shorter commute. Still, we're lucky to work for an organization that has the resources to help us out when something goes wrong.

I wish I were able to bring this post to a nice close, but we're still in the middle of the story. Our home is still in moldy disarray and we're still living on the other side of town. Here's hoping I can write another blog post soon about moving back in.