A Flood in the Desert

I was checking my work email a few days ago when I came upon one from our HR guy that began like this:

"I received a phone call from housing services concerning a water leakage in your villa."

There wasn't any more information than that, except that this was obviously a serious issue and that he was looking into it. The question was, how serious? A leaking tap? A wet floor? Our belongings floating in standing water, à la Hurricane Katrina?

I have a humidity sensor inside the house that's connected to the internet. That big jump in the middle starts when the water started leaking and drops back off again when maintenance pumped it out.

I checked the humidity sensor in the house (which is connected to the internet) and found that on August 17 (my birthday!) the humidity level had rapidly climbed from a nearly constant 25 percent up to about 85 and then stayed there until a dramatic drop-off five days later. So clearly there wasn't a problem, and then there was, and then someone did something about it. But how did anyone know there was a water leakage in the first place? Did the house fill up to the ceiling and then break down the front door like a burst dam? Did the running water create a sinkhole underneath our house? Did it flood Qatar?

Later that day I received another email with photos from inside our house taken on some stranger's blurry cameraphone. They start benignly enough, with wet floors and water creeping up walls and curtains. Then there's swollen, warped wood and peeling paint and a photo of the source of it all: the guest toilet upstairs. I immediately recall that the toilet had leaked a few months ago, so the real estate company came out to fix it (apparently they didn't). Another photo shows where the water poured down the stairwell and into the laundry room, filling it with a foot or more of water. The last photo shows the red and black Turkish carpet Rachael spent hours picking out in Istanbul during our first year abroad. It's soaked, some parts more swollen than others. That one was the hardest to look at. 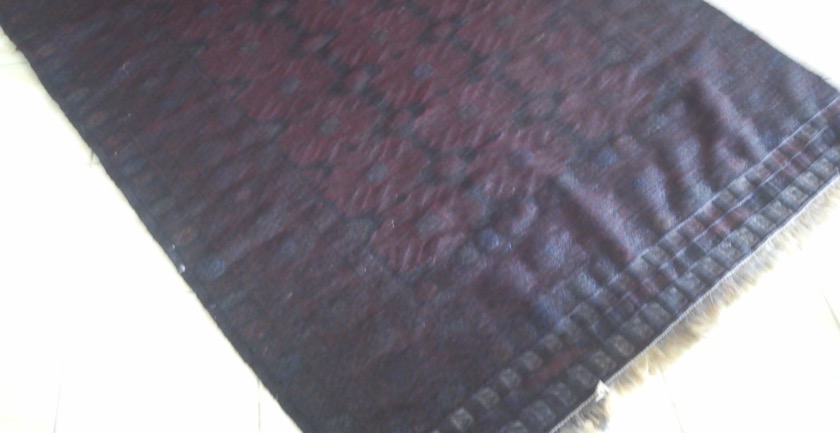 I showed the photographs to Rachael's parents the next morning but they didn't think it looked too dire. Gordy said that painted concrete walls have a tendency to suck water up, so a water mark a foot up the wall doesn't necessarily mean that there was a foot of standing water. That made me feel a little bit better, but it was still hard to shake the thought that our positive feelings about living in Qatar had been ruined, just like our carpet. And all of this was compounded by the fact that we were still 10,000 miles away and unable to do a damn thing about it.

The night before Rachael and I were to get on a plane to head back to Doha our HR guy called to tell us that he'd walked through our house. He said that the water and humidity had left an awful smell but that a few days with open windows might rectify it. He then went room by room, explaining the damage to our belongings and to the furniture that was there when we moved in. He repeated the phrase "total loss" several times, though thankfully it was mostly pertaining to stuff we had no sentimental connection to, like tables and beds. The walls would need repainting and at least one would need replacing, but he said that most of our stuff appeared okay and that we should be able to move back in when we got back to Doha. We'll see.

The one thing I know for sure is that no matter how bad it is, it's definitely not Hurricane Katrina. Our house may be unlivable and our stuff ruined, but we're both healthy and okay.