Serendipity at the Bus Stop 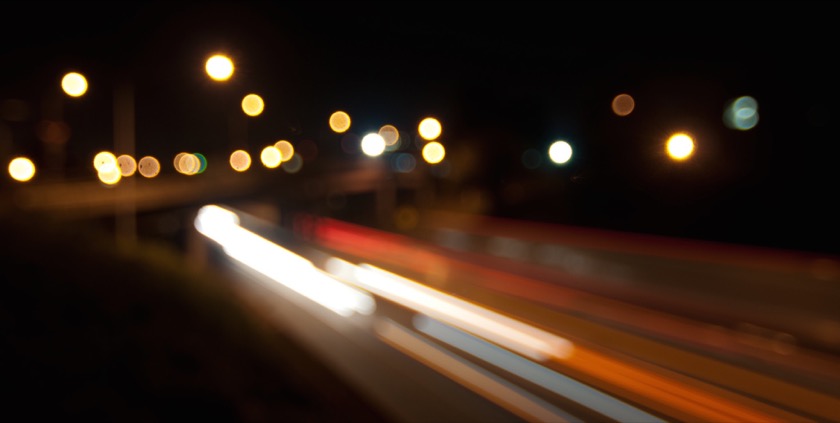 Blurry lights on I-5.

Rachael and I were walking home from the bus stop the other night when a young man carrying two large backpacks and a suitcase asked us if we knew the way to Lewis & Clark College.

"This is Terwilliger," I said, pointing. "If you walk up that way for a couple miles," I continued, but before I could finish my sentence the crosswalk signal changed and I told him that if he crossed the street with us then we'd lead him in the right direction.

As we got to the other side of the street, I started to see a pattern: young guy carrying three huge bags in late August wants to know how to get to Lewis & Clark College. So I asked him if, by chance, he's a student there.

"Yes," he said. But not only is he a student, he's a freshman to boot. And in addition to being a freshman, this is actually his first time going to the college. He just happens to be alone at 11 p.m. on a Tuesday night with three big bags, no car, no working cell phone, and not much of an idea how to get to there.

It's easy to judge someone in a position like this. What a spot you've gotten yourself into! But I've been in this exact position more times than I can count, and usually in places much less forgiving than Southwest Portland, like Cambodia or Mexico. All you want is for someone trustworthy to swoop in and deliver you from it all.

With that thought in mind, I gave Rachael the "we need to help this guy out" look, to which she nodded in approval, and then I asked him his name.

"Nice to meet you, Gabriel. I'm Alex, and this is my wife Rachael, and we actually graduated from Lewis & Clark a few years ago. Rachael's parents live up the street a bit and if you walk there with us then we can drive you the rest of the way."

Gabriel accepted our offer and so we walked up the street, sharing a bit about ourselves. He's from Guatemala, which meant that he was well-acquainted with Brian, the person in charge of the International Students Office at Lewis & Clark. Rachael worked with Brian when she was an intern there, and they've kept in touch. We saw him last fall in Doha while he was on a recruiting trip and we're planning on meeting up with him again this year.

Now at Rachael's parents' house, we loaded his bags into the car and drove to the Campus Safety Office at Lewis & Clark. Gabriel picked up his room key and then we drove him across campus to the dormitory that Gabriel would soon call home.

As we were helping carry his bags in, I had the strangest feeling: a mix of nostalgia for when I first arrived at Lewis & Clark ten years ago, plus a glimpse of what it might be like to take my own kid there. Weird.

Before we left we made sure Gabriel was connected to wifi so he could let his family know he'd arrived. Rachael wrote a note for him to give to Brian and I wrote down my phone number in case he needed anything.

Rachael and I returned to the car, pleased with our good deed and the chance to reconnect with Lewis & Clark.