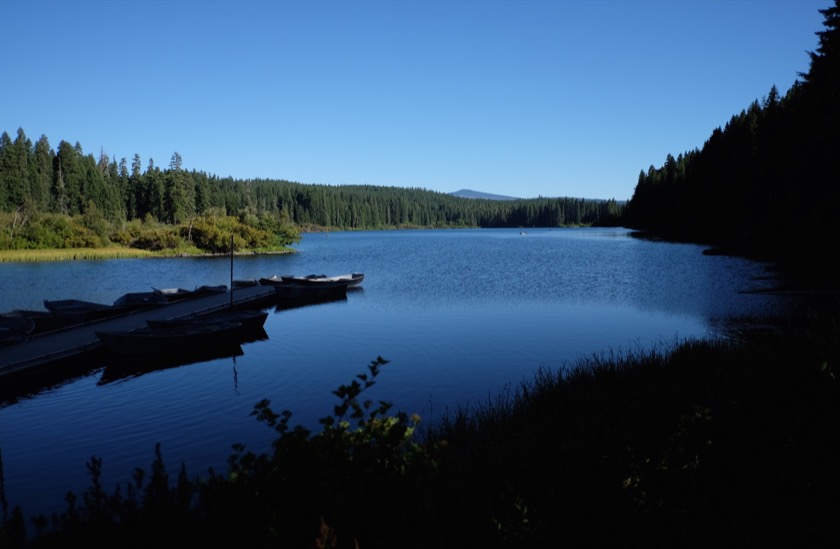 Leisurely start to the day after eleven hours of warm sleep (glad I brought long underwear!). Oatmeal and coffee for breakfast prepared over Ryan's alcohol stove, then packing up and on the road. Rode the first few miles on the highway to warm up in the sun and then cut into the singletrack of the McKenzie River Trail. 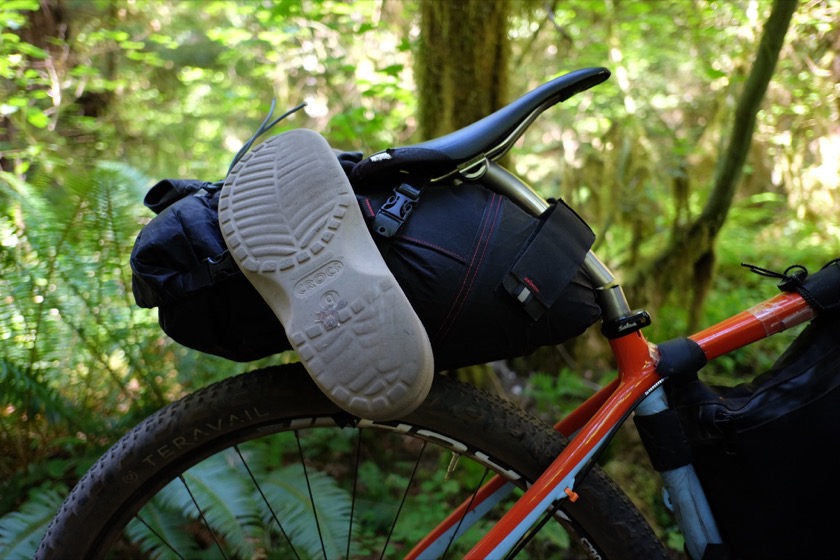 Riding was going great, butt didn't hurt, high spirits all around, until Ryan's seatpost snapped. Transferred the gear it was carrying to my bike and Ryan's backpack and then evaluated a few poor options of what to do next. Didn't want to turn around in search of a bike shop, so Ryan decided that we ought to keep riding, even though it meant he'd have to stand up to do any significant peddling. There's a bike shop we'll be able to visit in Sisters but that's still a couple days away.

The McKenzie River Trail is exciting in parts but also way harder than I expected. People keep saying, "You're riding it up?" Most people ride it from Clear Lake downhill to McKenzie Bridge, but our route is taking us the opposite direction. 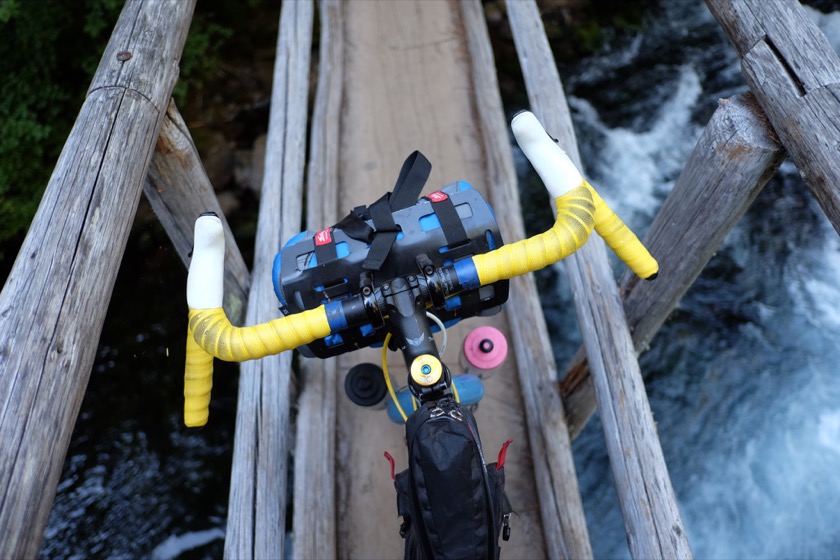 Ate two tasty corn dogs at the lodge at Clear Lake (which was smart because we ended up not having much food for dinner) and then returned to the forest in search of the Santiam Wagon Trail. Made it about a quarter mile up walking through the sand before finding a decently flat spot to make dinner (soupy instant fettuccine which made me miss last night's Ram-o-lami) and pitch tents. Can't help but think that people camped in this exact spot 150 year ago when passage was made by horse and wagon.

Feeling much better today than the first couple days. Butt isn't as sore, legs aren't as tired. Sucks that Ryan's seatpost is broken but he's still upbeat and appears to have no intention of letting it ruin his trip.