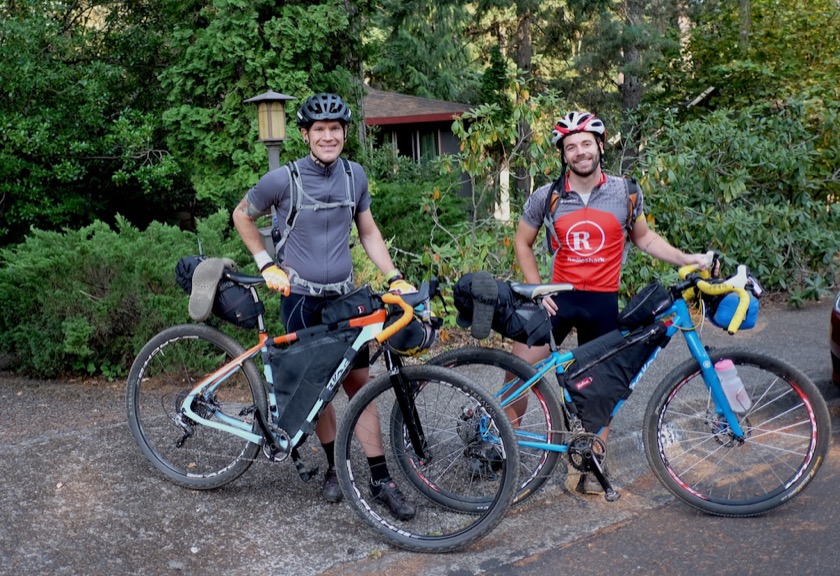 Today was really, really hard. Much harder than even my hardest day on my first tour, though at least weather wasn't a factor. Ate breakfast and talked a bit with Eric (one of Rachael's cousins) and then said bye to Sarah (our host in Eugene) and headed out. 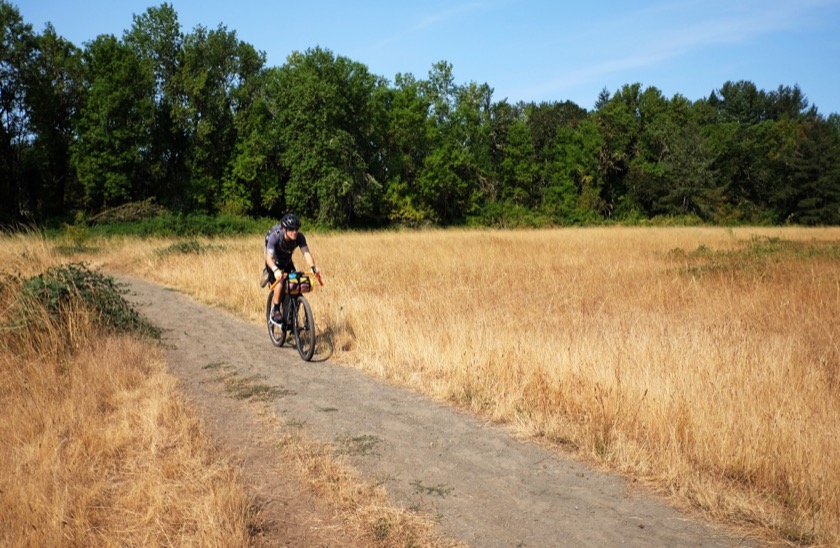 Some singletrack to start, then paved roads to Elijah Bristow State Park, singletrack, gravel, then hills. I'd hung with Ryan just fine until the hills started but then he slowly started to pull away.

After that we had to hike our bikes up a section of track that was too steep to ride and flanked by seas of poison oak, bringing flashbacks to all of the times I've been covered in its itchy oils. Hike a bike is exhausting. Eventually we were able to ride again, but the climbing (during which I'd fall far behind Ryan) and hiking weren't yet over. 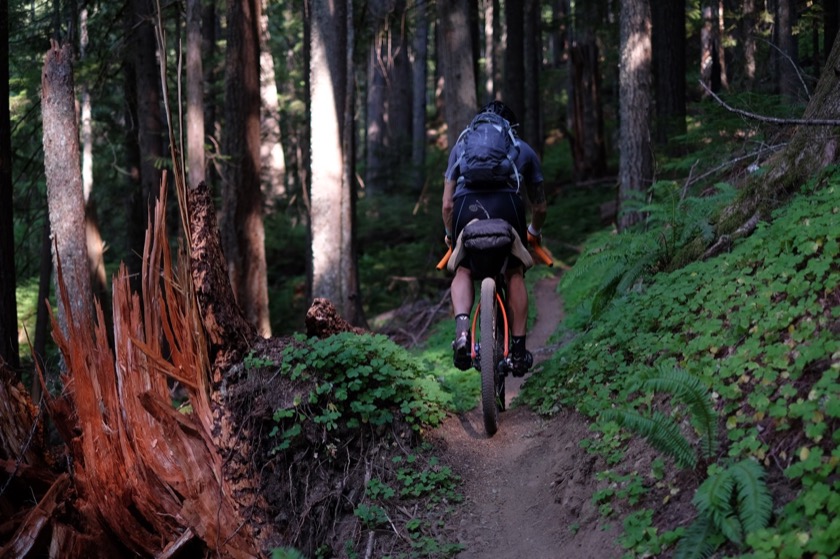 Other things started going south. My handlebars weren't dialed very well which lead to lack of control and some hand pain. And since I didn't pack nearly enough water I started to get really thirsty. Ryan and I found a stream to drink out of, but we had to wait awhile before drinking the treated water so I felt pretty dehydrated. I had no hope of keeping up with Ryan at this point, though thankfully he periodically waited up.

We made it to West Fir (just west of Oakridge), got a burger, scrubbed down with Tecnu, and then headed up the Aufderheide Highway as the sun was setting. By the time we found a decent spot it was completely dark out, but at least the day had come to a close. Hopefully tomorrow is better.