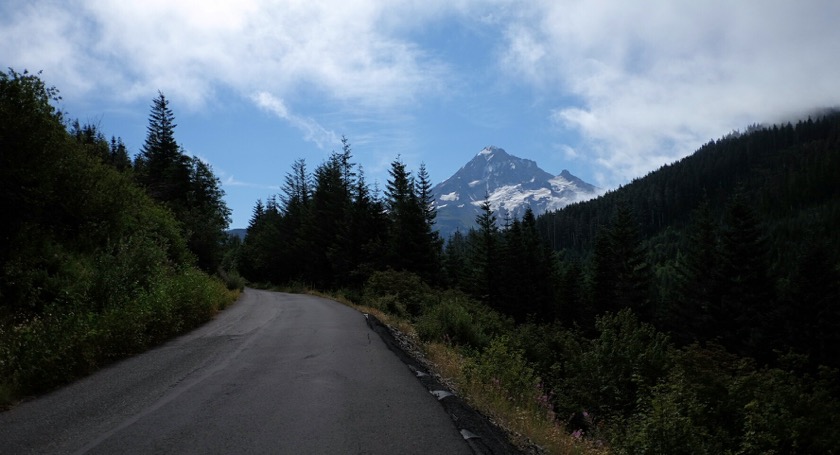 When I first planned this trip in the spring, riding 89 miles and climbing 5,800 feet over a gravel mountain pass seemed way over my head. It'd been about 13 years since I'd ridden my bike more than 50 miles, let alone the climbing, and the gravel, and being on a bike that weighed 65 pounds. All of those factors were still heavy on my mind when Mike (who was accompanying me for the first 30 miles) and I began our journey at 6:30 on Tuesday morning.

It was cool with wind out of the west, which meant I'd be riding with a headwind for part or all of the day. But I was in good spirits because the sun was shining, I had company, and we'd gotten an early start to the day.

Mike and I met a friend of his named Jeff in Dee, and after introductions the three of us rode up toward Lost Lake. The road eventually turned from two lanes to one and alternated between forested, overgrown, and pretty, and clear-cut, exposed, and windy. High voltage power lines led us along with their audible hum, and the road went up, and up. 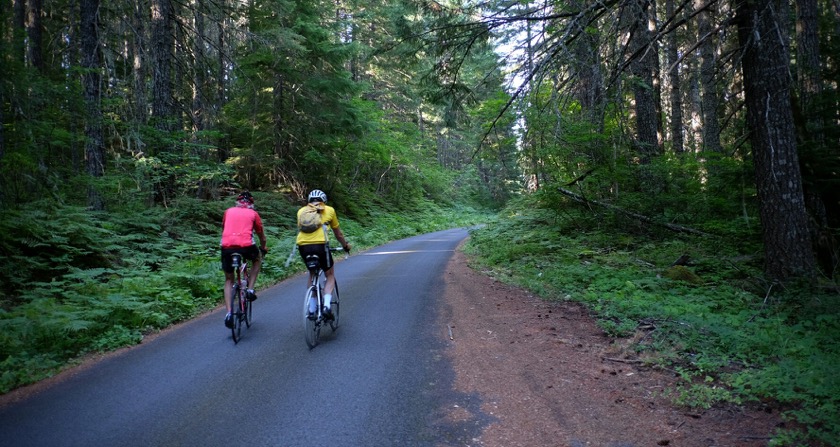 When the road turned to gravel Mike, Jeff, and I said our goodbyes. I continued on, optimistic at first because of the fine, well-packed gravel, and then less so when I started to suspect that I'd taken a wrong turn. A quick map check showed that I had somehow gotten off of the main road, but as long as I continued in the direction I was going I'd be fine.

I returned to a paved road at the summit and was treated to an intimate view of Hood, much closer than I'm used to seeing it from Portland. The descent down toward Welches was windy and quite cold, but putting on my long sleeved polypro shirt helped. I'd read that the paved section of the road (called Lolo Pass Road on the southwest side of the pass) was in poor condition, but they appear to have done a lot of work on it. I found it in great condition with the exception of a big pothole halfway down. 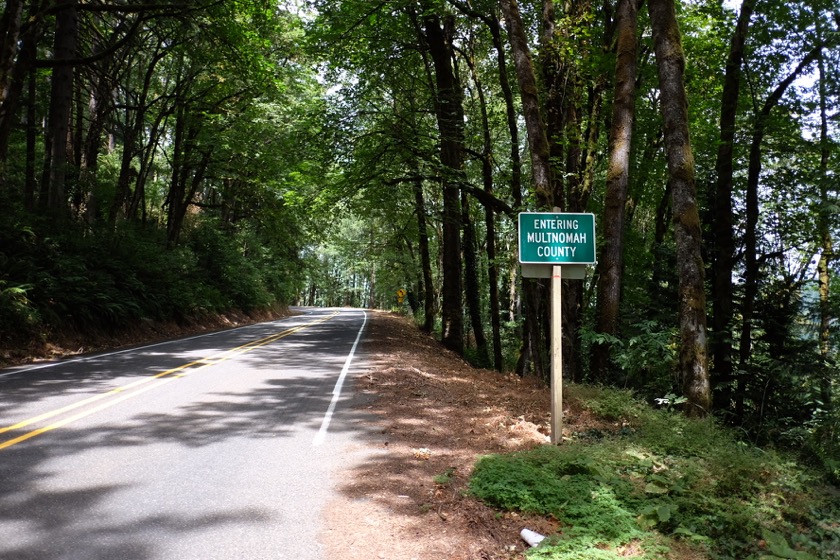 From the bottom of Lolo Pass Road I continued back toward Portland on 40 miles of beautiful, uncrowded, mostly downhill roads. Gordy had agreed to join me for the last 20 miles, so we met outside of Sandy and talked about the past few weeks as we rode in on the Springwater Corridor, which is free of cars and hills. The final section of the ride - a short and steep climb up the Riverview Cemetery - was a kind of finish line for me, and even though I'd made a point of taking the tour slowly and easily, I couldn't help but race my bike up the hill, panniers and all.

Now that I've completed my bicycle tour I can't help but compare mine to others I've read about online. Other people have ridden much further, in worse weather and on rougher roads, and in scarier areas. They've packed less, camped more, gathered better stories, and taken better pictures.

Still, I can't help but feel proud of myself. The goal - riding 800 miles across Oregon with my home on the back of my bike - seemed almost insurmountable. And as I wrote before I left, that was the whole point.