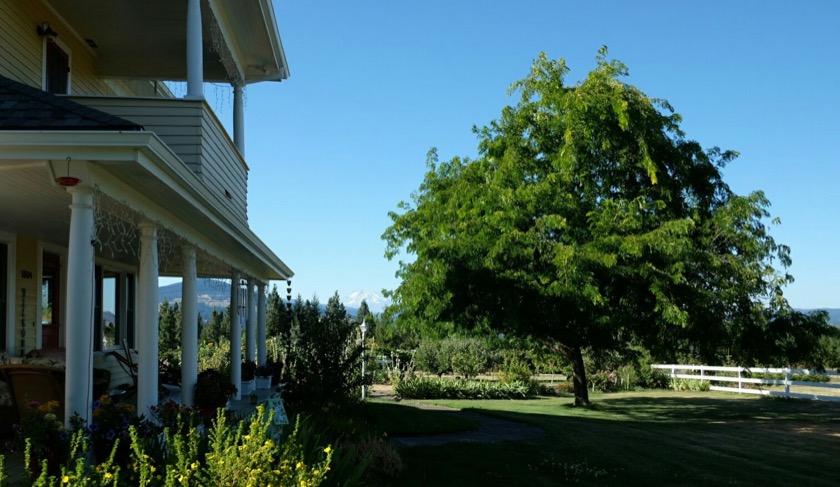 No time on the bike today, but I did eat a delicious breakfast (blueberry pancakes) and a delicious dinner (pork sausage, plus kohlrabi, tomatoes, cucumbers, and more bounty from Leanne’s garden). In between I visited the Hood River County Historical Museum (where Leanne volunteers), wrote a few blog posts, and ran some errands with Mike.

It seemed that wherever we went Mike knew someone who he wanted to introduce me to. "This is my friend Alex and he’s riding his bike across Oregon!" I met the post office clerk, the gym receptionist, and the butcher at their grocery store. It was a refreshing departure from the increasingly anonymous culture many of us have become accustomed to.

When Rachael left Qatar a month ago to lead her study abroad trip, I knew that one of the downsides would be that we'd be apart on our anniversary. What I didn't know was that I'd end up at the exact location where we'd been married on the exact same day two years ago. So even though today was to be my final rest day before returning to Portland and completing my trip, it was also an opportunity to reflect on the last two wonderful years that I've spent with Rachael. Aww!