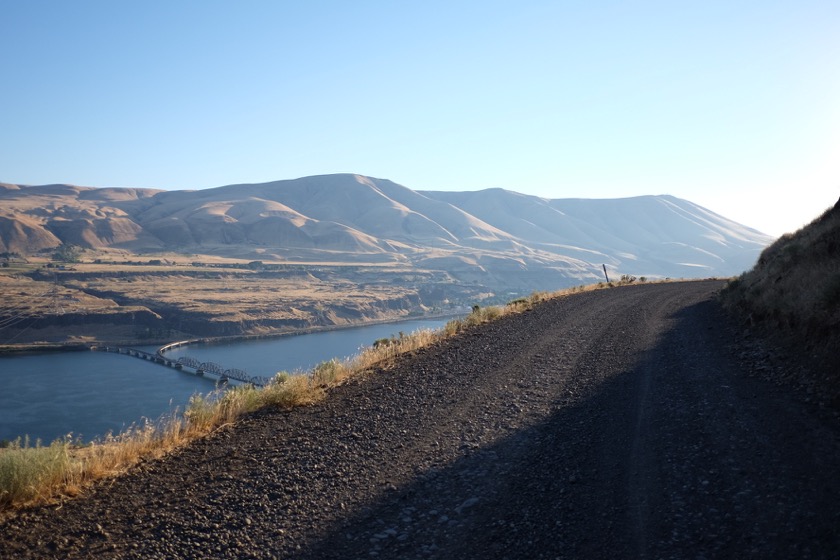 For the first couple weeks of my trip my nemesis was the mountains, especially since my bike and gear weigh around 65 pounds (and significantly more when they're wet). But now that I've gotten further into the Gorge and closer to Portland, I'm spending more and more energy fighting the wind.

Given the choice between slogging up a hill and fighting a headwind on the flats, I'd take the former without even having to think about it. Going uphill on a bike (assuming you ride back down) is like putting away money for a rainy day - eventually you'll get to spend it. Fighting a headwind, on the other hand, is like paying taxes. You may get something out of it, but you're never going to see that money again. The effect of wind is compounded by my panniers, which stick out and catch the wind like the sails on a ship going the wrong direction.

So it was for my ride from the mouth of the Deschutes on to Hood River. Ten miles an hour gusting to twenty in the afternoon, and hot. But I'm not complaining. It was a beautiful ride on roads with barely any traffic, and even closed to traffic completely in parts. 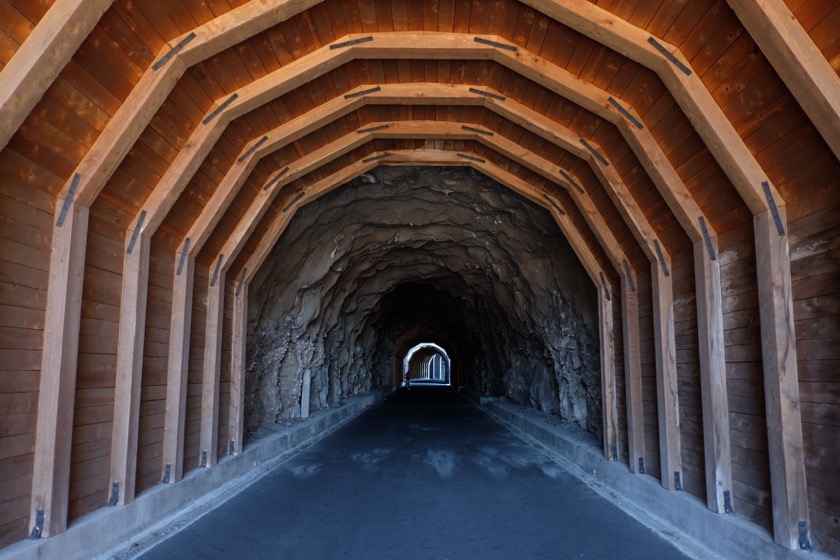 When I arrived at the home of my fantastic hosts Mike and Leanne in Hood River, I laid down in their hammock in the shade and slept for several hours. A wood plank salmon dinner followed, then ice cream with berries and cherries, and a lot of good talk about living overseas, an experience we share. After they turned in for the night I took a dip in their hot tub and looked out at the bright stars and the Milky Way, perfectly visible thanks to a lack of clouds and a nearly new moon.

I'd originally planned to go directly onto Portland on Monday, but in keeping with the trend I've been cultivating on this trip I've decided to spend an extra day in Hood River. With hosts as wonderful as the ones I have here, it'd be impossible not to.