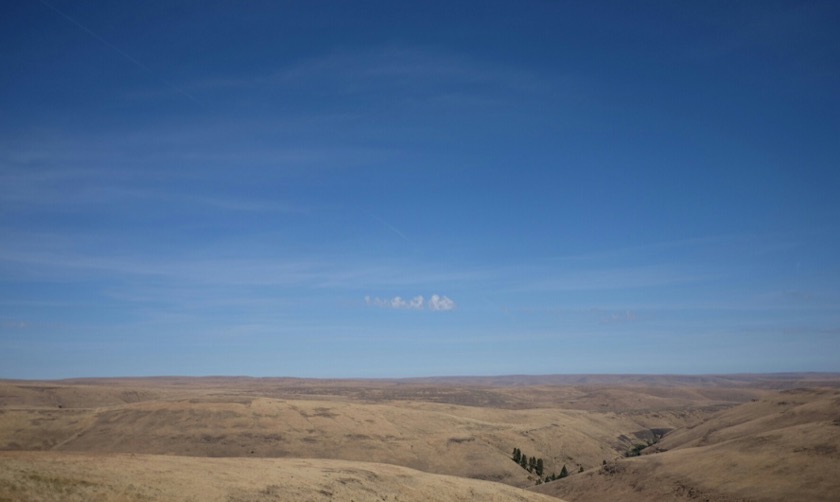 Today was an easier day, just fifty miles mostly downhill from Ukiah to Pendleton. I'd planned on being out of the campground by 6 a.m., but it was so cold outside (for me, anyway - it was probably only in the mid-fifties) that I stayed in my sleeping bag and slept for an extra hour. Note to future self: bring long underwear.

Just like yesterday, the day began with a climb, though much smaller in comparison. The high point was Battle Mountain at 4,270 feet, followed by a thirty mile, gradual descent into Pilot Rock and Pendleton, my stopping point for today.

I can't stress enough how dramatic the transition is from the trees and peaks of the Blue Mountains to the wind and rolling hills of the Columbia Plateau. And it happens almost immediately. You come out of the trees and bam, you're in a whole new world.

Pendleton is not a new city for me. I've never lived here, but I've come here many times to visit family. Usually I come in September during Round Up, a rodeo that sees the city's population triple in size. But this time I'm just resting my legs and catching up with my grandparents, so a little less fanfare is fine by me.

Tomorrow is my last planned rest day, after which I'll point my bike into the wind and head back to Portland.