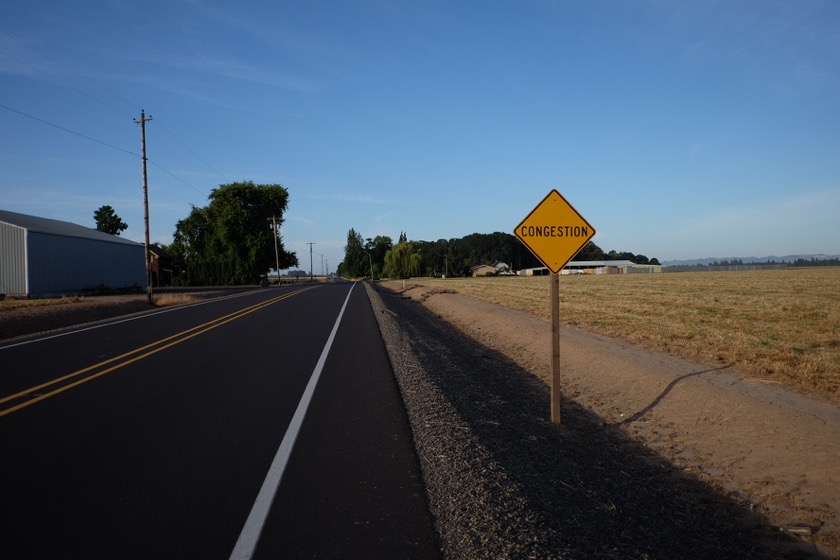 I left around 6:15 a.m., before the kids woke up. The air outside was cool and calm, something I hadn't felt for months. The first 20 miles had gone by quickly when I happened upon a man dressed up as a Southern Rebel putting up a sign for a Civil War reenactment at the entrance to a state park. I'd never seen one before, so I rode the few miles into the park to investigate. The battle itself wasn't until later in the day, but I was still able to look at their setup, compete with canvas tents, uniforms, and flags from the era.

I continued on through Salem, and then Independence, where I caught a headwind and a little bit of discouragement. Still, the weather was nice and there weren't many cars, so I was happy.

Then I went on to Buena Vista, and then Albany, where I saw my grandparents for the first time in a year and sipped iced tea on their back deck.