We Finally Got a Snow Day, Except with Dust Instead of Snow 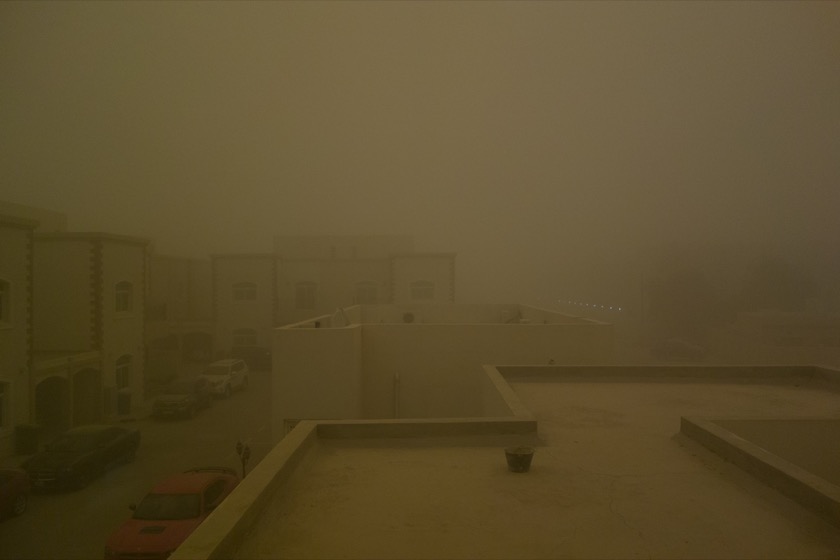 On Thursday, I woke up with a bad taste in my mouth. And I don't mean like a bad feeling about something, I mean I was literally tasting something bad as I breathed in. I couldn't put my finger on what it was, so I went about my usual morning ritual: shower, clothes, waking up Rachael, and heading downstairs to make breakfast. When I turned on the light and looked across our living room, I realized where the bad taste was coming from.

We've experienced dust storms here before, and sometimes they blow a little bit of dust into the house, but this was so severe it looked like we'd left a window open all night long. In fact, the air outside looked just as heavy as the air inside. The sun is usually up by this time in the morning, but the dust in the air was so thick that it had been entirely obscured. The dust had literally blotted out the sun. It was like something out of the Twilight Zone. 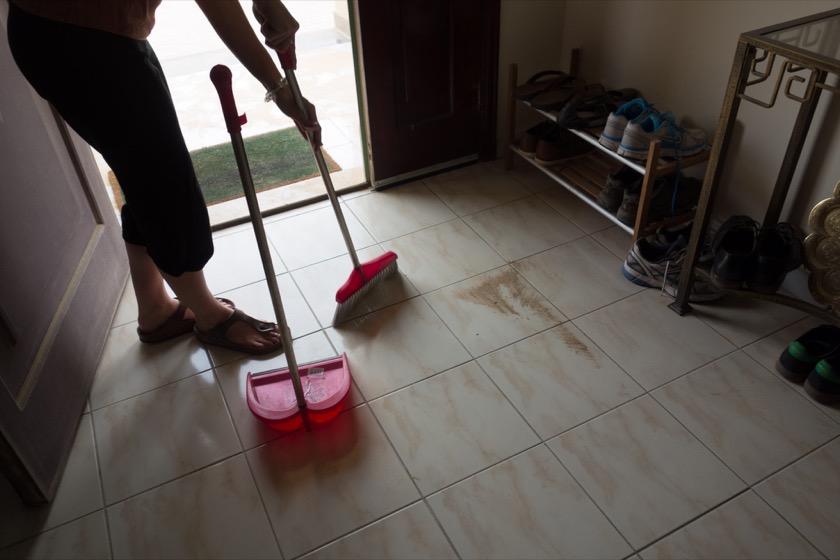 Shortly after I realized what was going on I saw an email which our school's principal had sent in the middle of the night. School was canceled for students (the first "snow day" we've ever experienced here) but staff were still expected to go to school. So after we ate breakfast and finished getting ready, Rachael and I covered our mouths with wet cloths and walked out to the car.

As we were driving, I was reminded of a book I read a few years ago called "The Worst Hard Time," which chronicles the experiences of a few people who survived (or didn't survive) the American Dust Bowl of the 1930s. 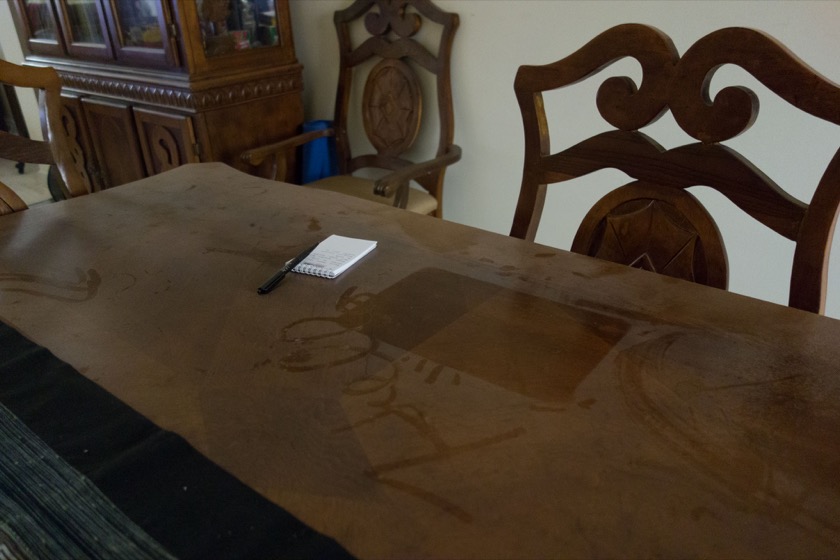 Almost as soon as we arrived at school we were told to return home, which we did. By this time a weather shift had started to move fresh air into the city so we left our front door open to allow the air to clear out.

Some people stopped over on their way home from school to celebrate (or at least endure) our dust day, and then we took to cleaning. The fine, powder-like dust had covered everything, and as such, everything had to be wiped down, and vacuumed, and mopped. Several hours later, once our house was back to normal, I looked out the window and thought, "Another dust storm could blow through tomorrow, and I'd have to do this all over again." Until then, I'll be a little more thankful for the clear (and semi-clear) days we often enjoy in Doha.