To Spain and Back Again 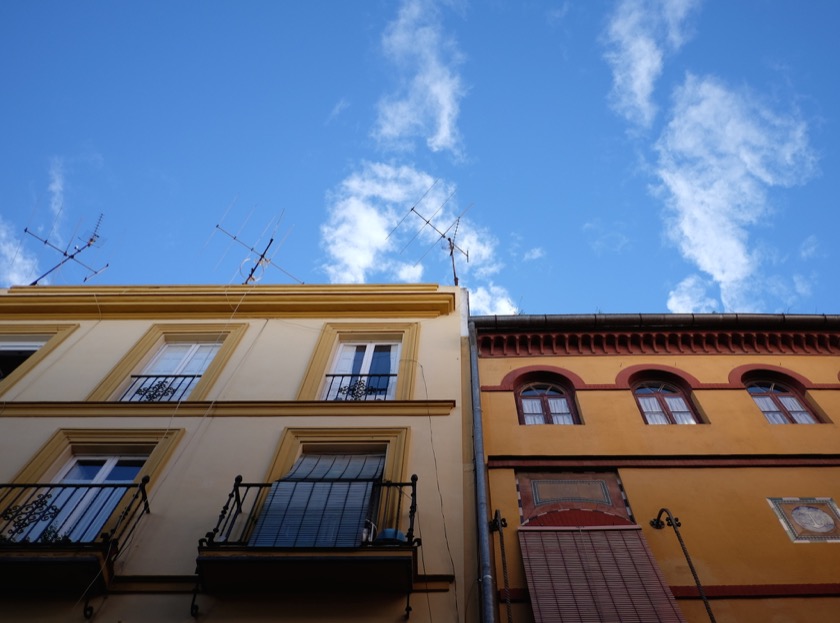 In case you haven't heard me say it a dozen times already, alcohol and pork, both "haram" in Islam, are pretty difficult to come by in Qatar. There is one store where you can buy them, but in order to shop there you literally need your employer's permission, plus a hefty deposit which I'm sure is confiscated should you break any of the rules related to drinking alcohol or eating pork. All of this would be well worth it if it were top notch, but the only stuff we get in Qatar is pretty mediocre.

So whenever we travel outside of Qatar savoring the things we usually go without becomes an important part of the experience, whether because the food or drink is extremely regulated or simply because it's rare in the Middle East. In Vietnam it was the impossibly fresh fruits and vegetables, in England and Wales the warm beers, different in every town. Rachael and I joked a couple days ago that we really ought to just plan our vacations around food, but maybe that's what we've been doing all along. 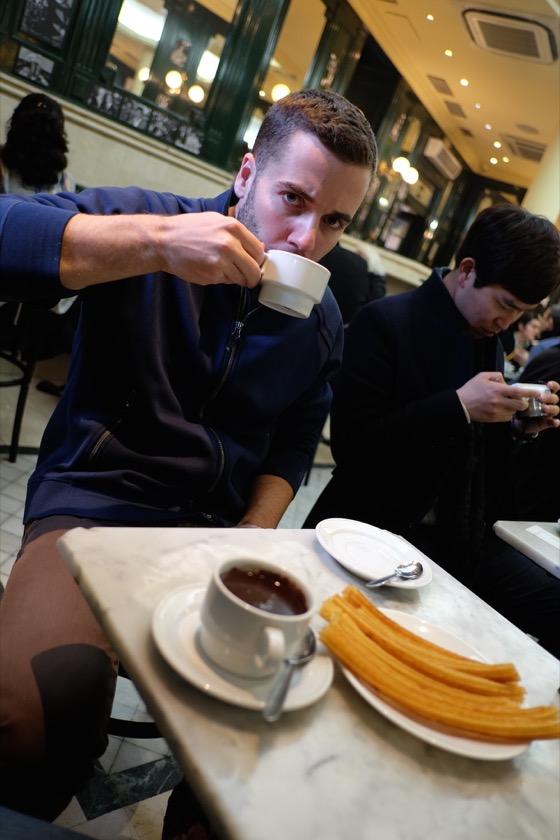 While food is an important part of travel, it's not the only part. So, when we decided to return to Spain for our week-long winter vacation, there were other factors to consider besides Spain's incredible tradition of transforming pig meat into some of the most divine foods ever created. First and foremost was coordinating our trip with Rachael's parents, Gordy and Suellen, who share our passion for travel. Once we'd chosen a country we had to pick a small region to travel in — after all, we only had a week.

Rachael and I traveled to Catalonia in northeastern Spain last year, but because of it's strong separatist tradition it didn't feel much like Spain at all (they even speak a different language, Catalán). So in hopes of experiencing more Spanish culture, plus some sunshine, we decided to spend our time in Andalucía, a dry region in the south known for its Moorish history.

We met up with Gordy and Suellen at the Atoche train station in central Madrid and then took the bullet train (180 miles per hour!) to Sevilla, the capital of Andalucía. We ate a dinner of tapas (small plates) close by and then retired to our apartment near the bullfighting ring, thankful to slip between the sheets of our first proper bed in two days.

We spent two full days in Sevilla walking through its old, narrow, winding streets and paths, stopping throughout the day for all kinds of tapas on small plates and one kind of beer in small glasses. Not once did we step in a cab, or on a bus, or take a subway. That pretty much sums up why Europe can be such a wonderful place: walkability and delicious food. And of course the feeling that the place (and I suppose us, by proxy) is part of some long, great tradition of civilization. Or at least that's the idea. 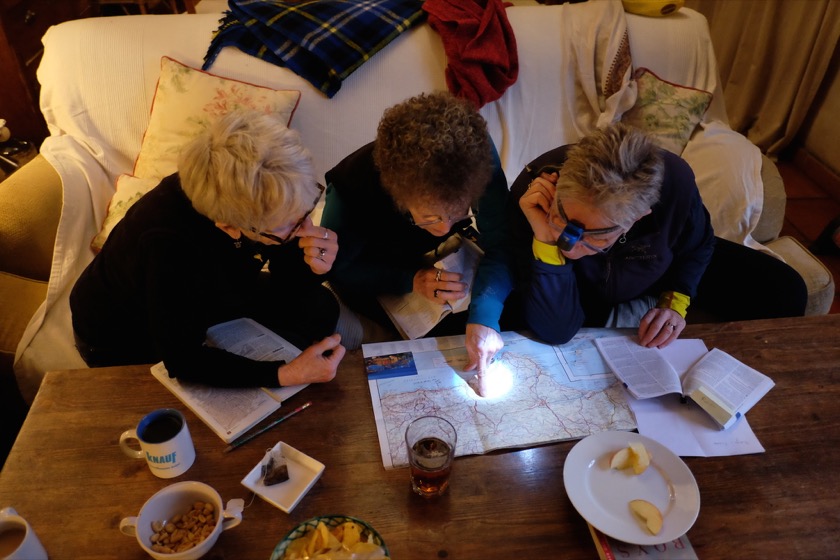 The night before we left on the bus from Sevilla to Granada our party of four become one of six. Two of our fairy godmothers, Jane and Joan, old friends of Rachael's family and the women who married us, arrived at our apartment; less one bag, lost by Delta en route. Still, they were in good spirits, and it was heartening to be in their presence again.

Rather than staying in the city center, as we had in Sevilla, we opted instead for a beautiful old country house set on the side of a hill in a small valley about thirty minutes outside of Granada near a small village called Güejar Sierra.

The house made me feel like I'd been transported 200 years back in time, and not just because of the way that it looked. The bedrooms each had small radiant heating units, but the rest of the house was unheated save for a single, open fireplace in the living room on the lower level. It must've been 40 degrees outside when we arrived, and the temperature felt exactly the same inside. The host provided a decent stack of firewood, but it had sat out in the rain recently and was difficult to get going. Once we did I found the place quite cozy, maybe even romantic, though only in a triumph in the face of adversity kind of way. 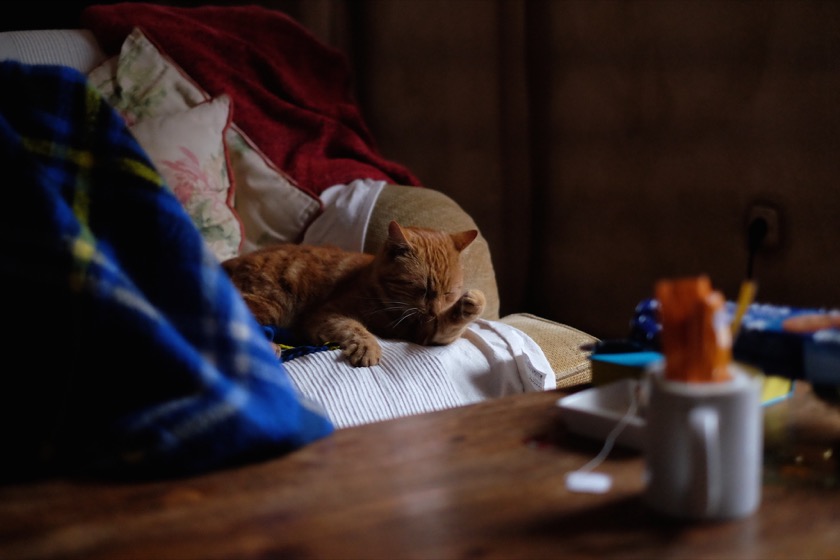 We hadn't made any plans for our first of two days in and near Granada, but I always find a way to keep busy. I had math homework to do, a blog post to write, and pictures to edit. Instead, Rachael and I just sat in front of the fireplace talking all afternoon about where we've been and where we're going, feeding in a log or two whenever the flames died down too low. There couldn't have been a better way to spend it. 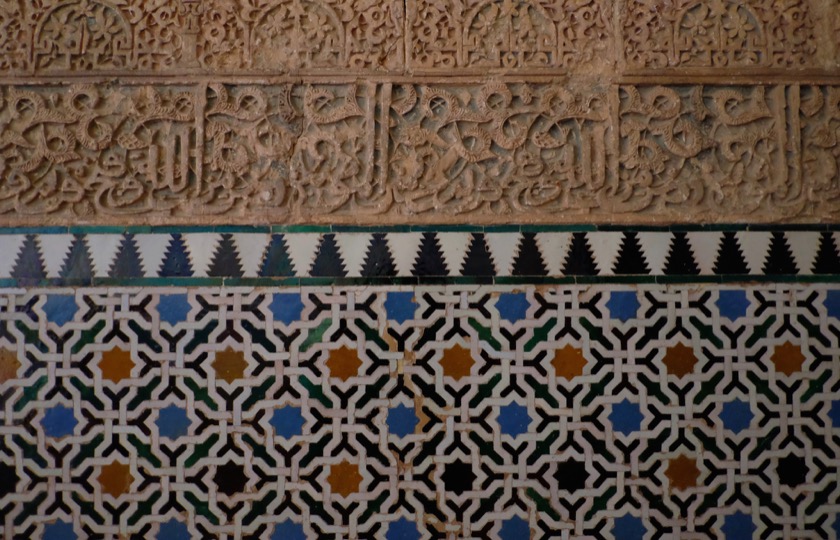 On the second day we went into Granada itself, a city of about 240,000 and the last holdout of the Moors before they were driven out of Spain in 1492. We spent most of the day touring the final Moorish stronghold, the Alhambra, meticulously constructed in the thirteenth and fourteenth centuries on top of a hill overlooking the rest of the city. Two things about the Alhambra: First, it was really, really cold. I wore a long underwear top and bottom, plus another t-shirt, fleece jacket, down vest, wool hat, gloves, and wool socks, and it still wasn't enough. Second, the incredible thing about the Alhambra is the incredibly intricate Arabic patterns set into the walls and doors and ceilings and floors in wood, and stone, and plaster, and tile. All of this done without a proper ruler or compass — just string stretched taught or rotated around a point. Rachael bought a book in the gift store about how the designs were created and found that even the "moderately difficult" patterns required dozens of steps and countless individual lines. 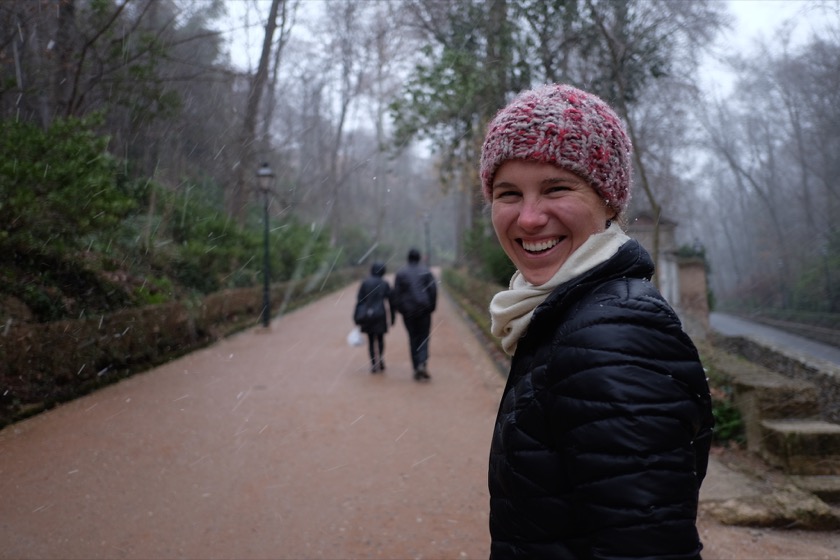 As we walked back to our car it began to snow. The temperature was still above freezing so we didn't have to worry about ice, but when we arrived at the cabin we were treated to a valley freshly coated with snow, if only an inch or two. While the snow made the house feel even colder, it made the fire feel even warmer, especially because I was now figuring out how to get the massive chunks of evergreen oak to burn. It all made for an excellent mental break from what we usually see in Qatar. 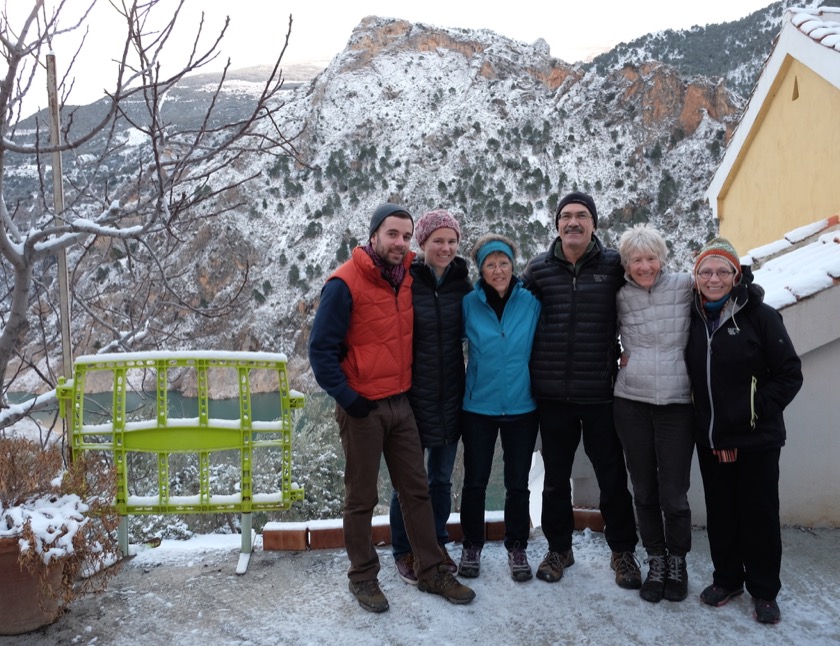 The next morning we braved a very icy road to head back into the bus station in Granada, where Rachael gave Gordy, Suellen, Jane, and Joan a hastened goodbye and boarded a bus bound for Madrid, where we'd spend the afternoon walking around before getting a few hours of sleep and flying back to Doha.