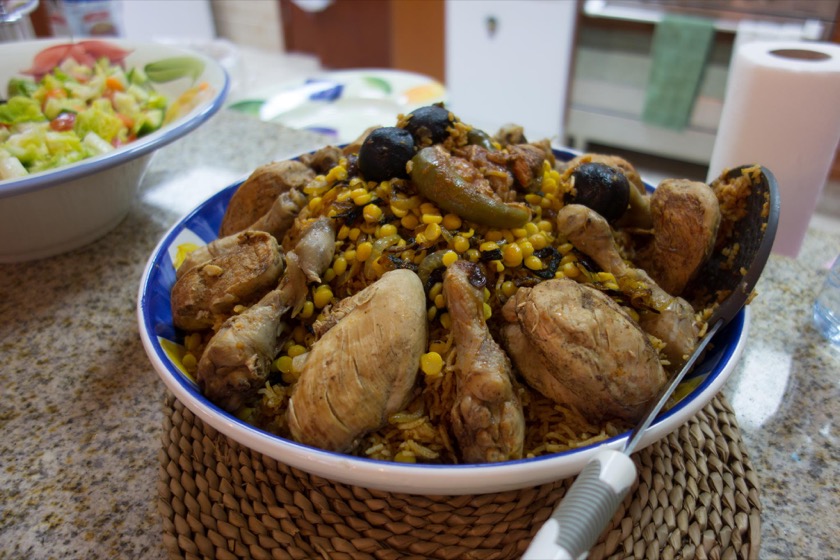 A few weeks ago Mike asked me to write about Qatari food. At first glance it seems a simple topic, but the more I thought about it, the harder it became to choose a focus. Should I talk about what people here ate a hundred years ago, or today? Should I focus on expats, who make up 85 percent of Qatar's population, or locals? What if most people here are actually eating food from Lebanon, or Dubai, or America? And anyway, how do you really say where any particular food comes from?

Those are big questions better suited to professionals — I'm just a guy with a blog. Keeping that in mind, I decided to just find a Qatari restaurant and write about my meal.

If only it were that easy. It turns out that there aren't actually any Qatari restaurants in Qatar (that I could find, anyway). How weird is that? You'd expect to see them on every corner, since we're in Qatar, but that's just not the case. There was once a Qatari restaurant at Souq Waqif, but it closed sometime last year.

Since I couldn't find any Qatari restaurants, I decided to start calling around to Middle Eastern restaurants to ask them if they served a meat and rice dish called machboos, which I'd learned is a staple of the traditional Qatari diet. Unfortunately, I couldn't find a single restaurant serving machboos, nor its Saudi Arabian counterpart, kabsa. I even enlisted a Saudi Arabian friend named Amal who lives in Doha to look around on my behalf (many of the signs here are only in Arabic), but she came up empty-handed, too.

Luckily, Amal isn't easily discouraged. She offered to cook kabsa (again, the Saudi version of machboos) for us at her house. Once I had kabsa in front of me (see the photograph at the top of the post), with its basmati rice, chicken, tomato sauce, onions, garlic, and spices, I realized that I'd eaten a very similar dish (except with goat meat instead of chicken) at our school picnic last winter. 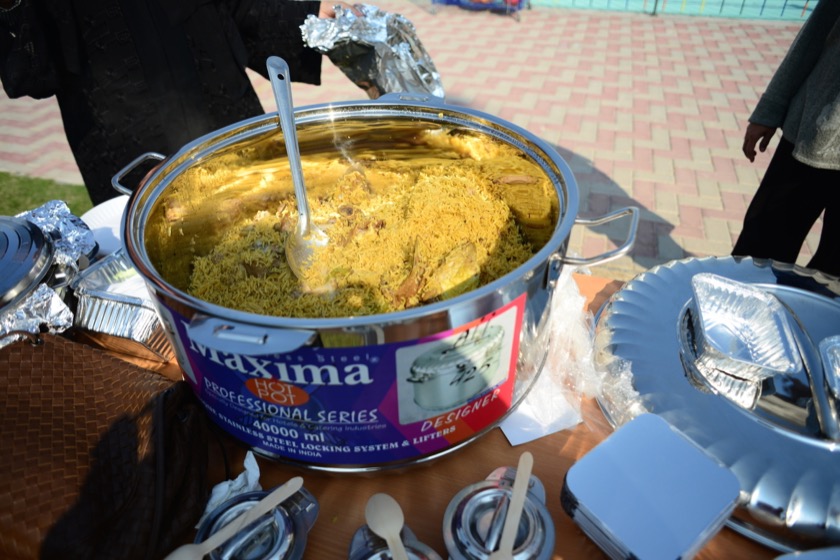 In addition to machboos (pictured above), it's pretty easy to find a hot drink here called karak, made with black tea, sweetened-condensed milk (or cream and sugar), and spices. It tastes a lot like the masala chai you'd get at an Indian restaurant, except that it's called karak and (as far as I know) you can only find it in Qatar.