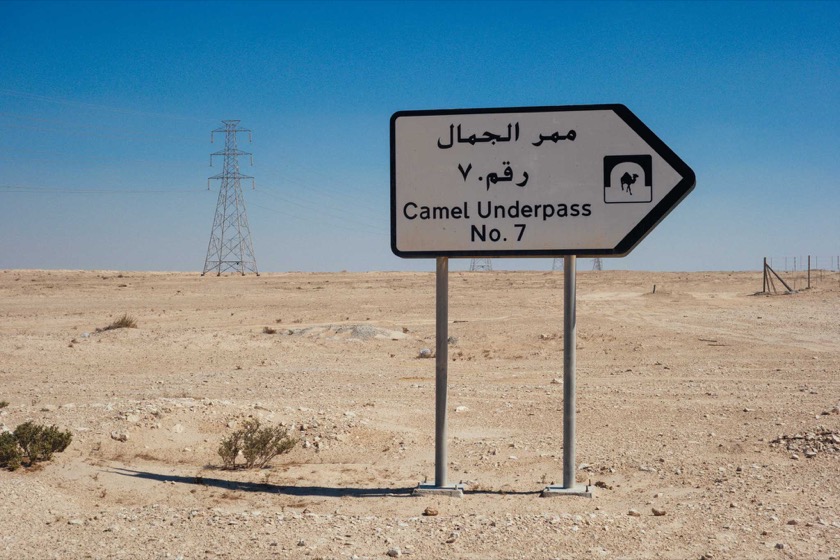 Being happy in Qatar requires forgetting about many of the things that made me happy while I was living in Oregon: riding bikes, eating at great restaurants, and camping, to name a few. But thanks to our four-wheel drive car, a sense of adventure, and some courageous friends, I've finally crossed that last one off the list.

This doesn't deserve any sort of special celebration — people have been sleeping under the stars in the Arabian Peninsula for thousands of years. But still, the two times we've gone out this fall have been my favorite experiences in Qatar by far, so I thought I'd tell you a little bit about what it's like. 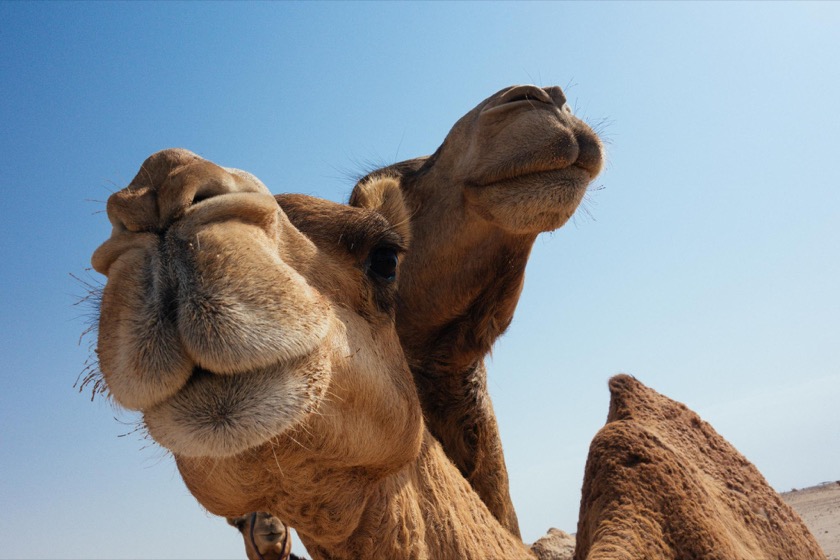 There aren't really state or national parks here, let alone organized campgrounds, but there are tons of places to camp, so you just have to go off someone else's recommendation. A colleague at our school told us about a small peninsula north of Zekreet on the west coast of the country which was nice for camping, so we drove out with some friends who were new to Qatar in hopes of recreating a few of the positive memories we have of camping back home.

One of the benefits about Qatar being such a tiny country is that you're never more than a couple hours from anything, and sure enough, it only takes about an hour (depending on whether or not you take Camel Underpass Number 7) to drive over to Zekreet, a very small, dusty town that serves as a jumping off point for the unpaved region to the north.

From there, it's another half hour up to the area where we've camped. On the way there's a camel farm, a fort built a few years ago to be used as a movie set, and a wholly un-mysterious collection of structures called Mystery Village. They appear to have been built to look old, but the cement they used gives it away. 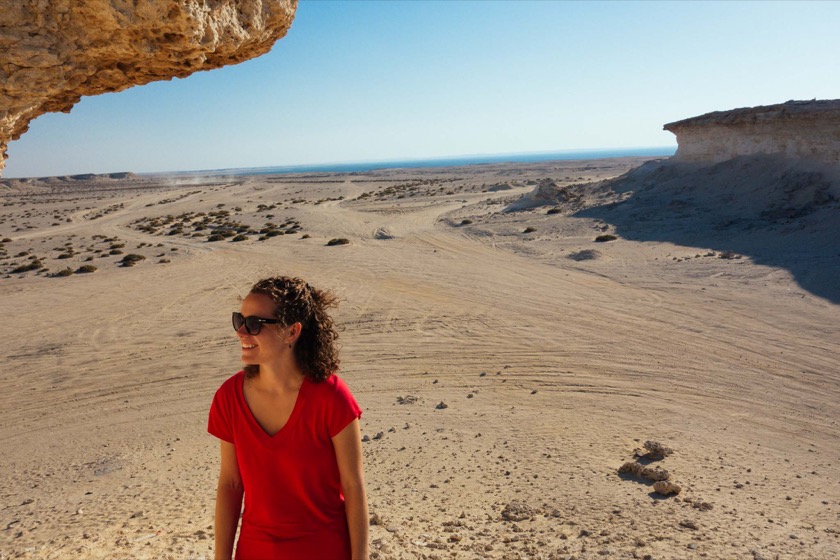 There are a few other things to see on the way up the peninsula, including flamingos and a towering art installation by Richard Serra. The real point of the trip, though, wasn't the tourist attractions (if you can even call them that) — we just wanted to get up and away from the city, from the wide highways and fast cars, the noise, and the pollution. 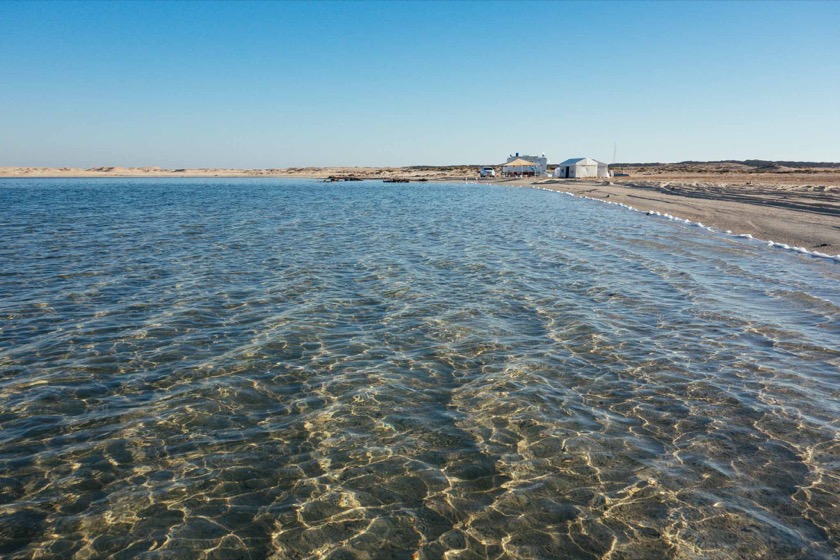 This is, without any doubt, the most beautiful place I've seen in Qatar. That's not to say that it's objectively beautiful (whatever that means), but when you've been here for a while you recalibrate your definition of natural beauty. The water is cool and clear, and the wind pushes it into little waves that slap against the white sand beaches. The air is much clearer, so much so that we were able to see the Milky Way and, with the help of binoculars, the Andromeda Galaxy. 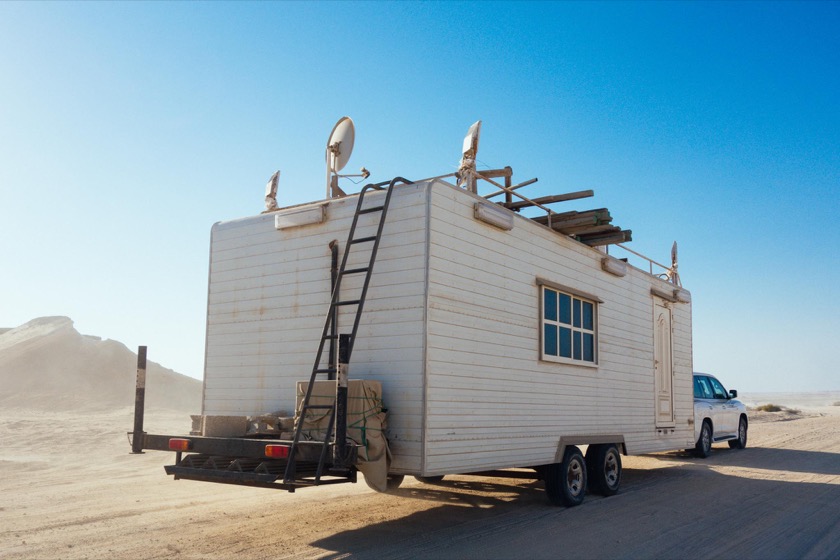 Qataris maintain the tradition of camping, but it looks very different nowadays. In place of camels and woven tents, there are huge trailers, running water, flood lights, and generators to power them. They set these up in the fall and leave them for the entire winter as a sort of temporary vacation home.

The bright floodlights and ever-humming generators make sleeping near locals a bit of a drag, so we've done our best to find camping spots off on our own, which isn't too difficult. 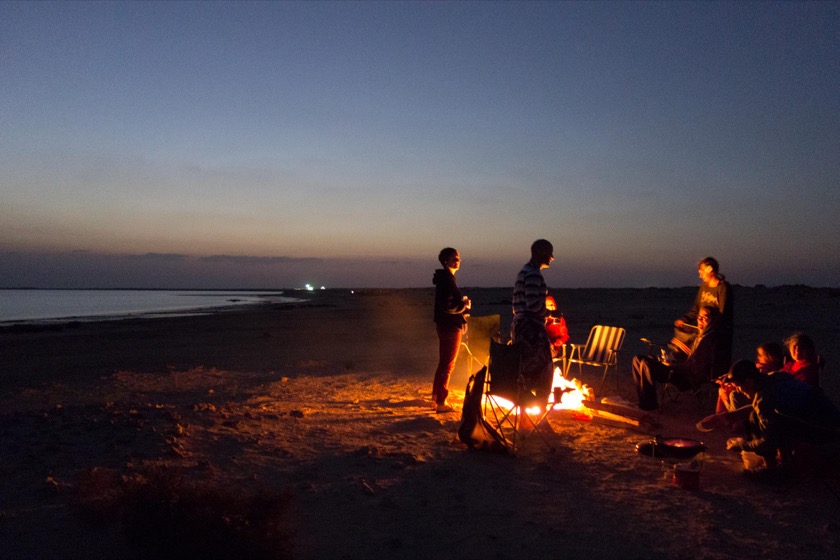 It's not really camping without a campfire, so I collected some small pieces of scrap wood from abandoned construction sites and used it to make a proper campfire the second time we went camping. We even roasted marshmallows on little kebab skewers.

Now instead of camping being something I had to ignore to stay happy here, it's one of the things that makes me the happiest. In a few weeks I'll be back sleeping under the stars, and I'm looking forward to it.