Qatar Questions: Does Rachael have to wear an abaya? 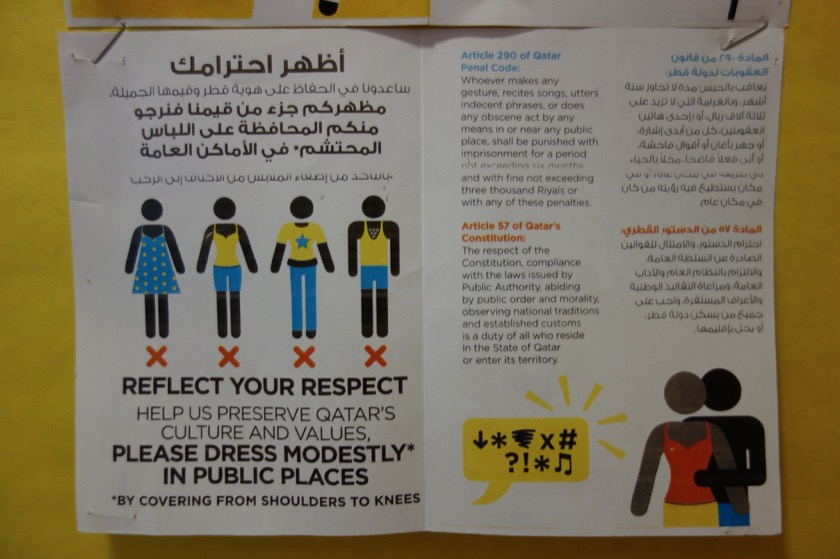 No, Rachael doesn't have to wear an abaya. As far as I know, there are no laws here dictating what anyone has to wear in public. However, we're strongly encouraged by our employer (and the pamphlet above, which locals were handing out in malls a few months ago) to dress conservatively, even when we're not at work. That means covering our knees and shoulders in public. I suppose you could wear short shorts if you wanted to, but a lot of Qataris would see it as disrespectful, and anyway, you're setting yourself up for an awkward public reprimand.

None of this has much of an impact on me because most of my shorts cover my knees, and I don't own any sleeveless shirts. Someone told me once that you won't be helped in a government office if you're wearing shorts, so I wear pants for that purpose. And while I'm glad that back home in Oregon anyone can wear whatever they want in public (or nothing at all, as evidenced by that mid-June cycling event in Portland), I can't fault the Qataris for advocating for a style of dress that fits their values. After all, this is their home — Rachael and I are just passing through.

At work, we dress professionally with an eye toward conservatism. I have to wear a tie, dress shirt, and slacks, unless it's a special occasion, in which case I might be allowed to wear jeans or a polo shirt. I don't know enough about women's fashion to describe how Rachael dresses, but suffice to say that she covers her elbows and knees and avoids anything sheer.

At the beach and fancy hotel pools, I feel comfortable swimming without a shirt on, but I usually opt for board shorts over my trusa (if you've seen me wearing it, you know why I avoid it). Some of the Muslim women who work at our school wear an outfit called a burkini at the pool. It's made of swimsuit material but cut to cover the wearer's wrists, ankles, head, and everything in between. It looks like a hooded wetsuit. 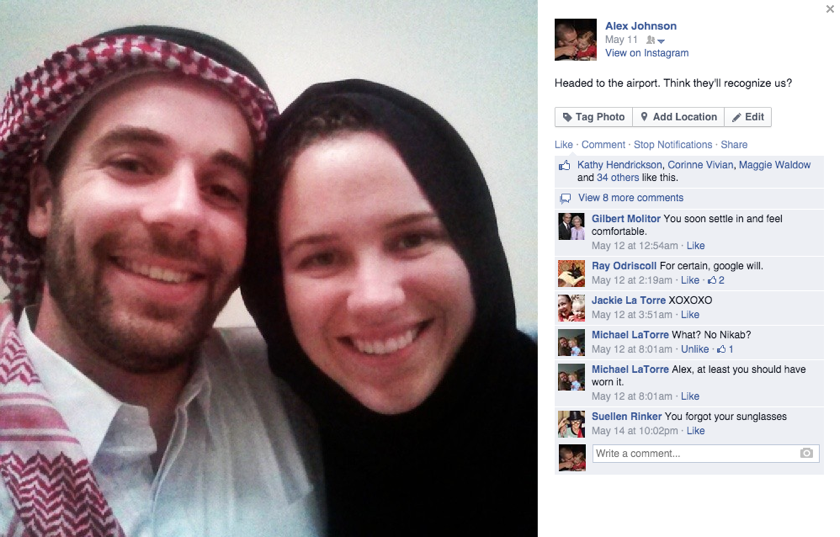 Of course, just because Rachael doesn't have to wear an abaya (nor I a thobe) doesn't mean we haven't. It's a tradition for the Western teachers at our school to wear "national dress" (i.e., thobes and abayas) on National Day in mid-December, and when we went to pick up my folks at the airport last spring, we did the same. We got some funny looks, as it's very uncommon to see a foreigner in a thobe or an abaya, but no one said anything.

This is the fifth installment in my Qatar Questions series, in which I answer questions that people have asked me about living in Qatar. To see all of the posts in this series click here. If you have a question you’d like me to answer here, leave a comment below or get in touch.