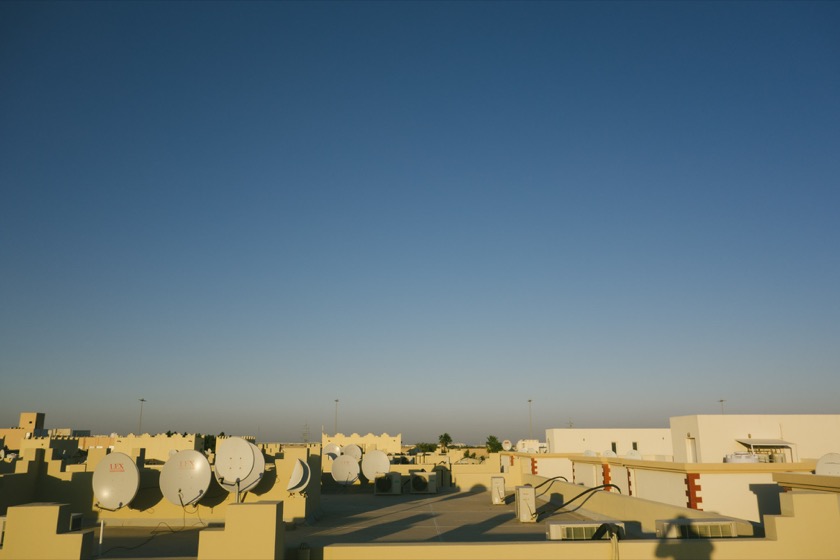 It seems like everyone has their own way of describing really extreme weather using metaphors and hyperbole, but I'm just going to state a fact: we live in the middle of the hottest place on the planet, the Persian Gulf. Not one of the hottest places, but literally the hottest. Humans have never felt hotter weather anywhere else. More on that in a bit, but first, our current conditions.

It's hot outside, at least right now. As I write this at 8:25 a.m., it's about 95 degrees outside. At noon the temperature should peak at about 110 degrees, and then around 3 a.m. we'll hit a low of 91. The heat is pretty crushing in the summer, but the winter actually feels quite pleasant. In January, Qatar's coldest month, we'll see lows of around 55 degrees and highs of around 70.

Of course, temperature is only part of the weather equation. There's also the sun, general lack of clouds, abundance of dust, and humidity.

Unfortunately, humidity is not a very useful metric on its own for talking about how we perceive weather, so meteorologists use something called the heat index, which takes into account temperature and humidity to estimate how hot it feels outside. So even if the air temperature is 88 degrees, high relative humidity could push the heat index temperature to 110 degrees, in which case it'll feel like it's 110 degrees outside. It's often expressed as a graph, as seen below. For the record, temperatures during Qatar's hotter months are almost exclusively categorized under "Extreme Caution," "Danger," and "Extreme Danger." 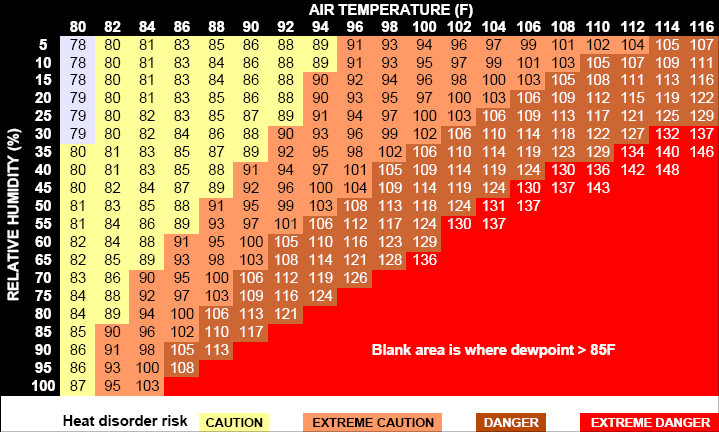 Remember at the beginning when I said the Persian Gulf was the hottest place on the planet? That record belongs to our neighbor, Saudi Arabia. In 2003, just up the Persian Gulf coast from Qatar in Dhahran, a weather station recorded a temperature of 108 degrees and relative humidity of 68 percent, resulting in a heat index of a whopping 176 degrees.

Just think about that for a second.

The rain, all three inches of it, comes to Qatar in the winter, mostly from October to March. But it's not a long drizzle, like what I'm used to in Portland. One storm could bring an inch or more within the span of a few hours. Last year one of these storms trapped a bunch of cars in an underpass as the water, which was accumulating because of an unfinished drainage system, rose around them. Flooding in the desert. Imagine that.

Though we do have clouds occasionally, they're not a common sight here. In fact, I remember going a few weeks last year without seeing a single cloud. I almost forget that they existed. Of course, that's not to say that it's always clear here. 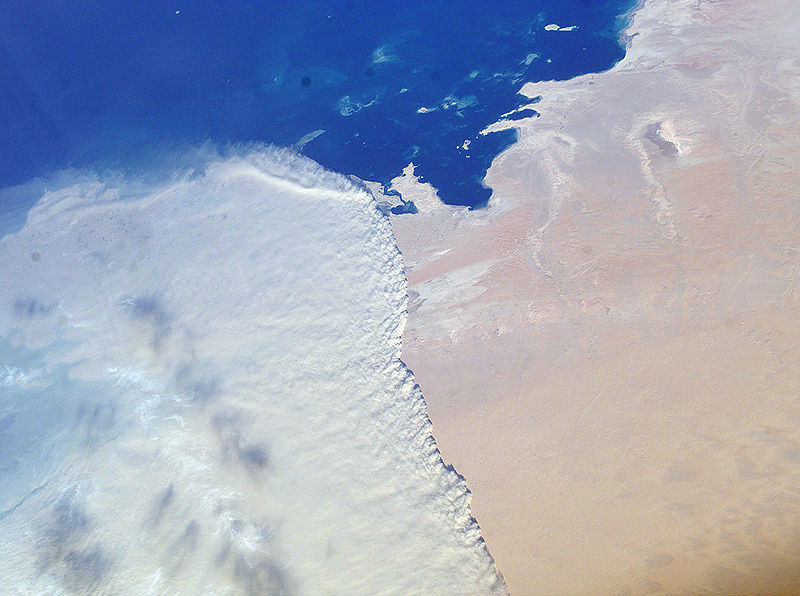 Dust is a major pollutant in Qatar, and as illustrated by the photo above (and in this cool video from NASA), sometimes blows across the country in giant dust storms. And even when there's not a dust storm, it's still around. Because of the dust (and humidity, I presume) visibility in Qatar is significantly lower than in Oregon.

I guess I've painted a pretty awful picture of the weather here, but at least for me, it's not too bad. When it's really hot out, I spend most of my time around air conditioning, whether at home or in the car or at school. Sometimes supervising recess outside can get a bit uncomfortable (though the kids are kept inside if the heat index surpasses 100 degrees), but that's mostly because I have to wear a tie and dress shirt. But not everyone in Qatar is so lucky.

There are many people here, many tens of thousands of people, who don't have much of a say in whether to go out in the heat or not. These are the construction workers, mostly from economically poor countries in Asia, who we see working on buildings or road projects as we drive around the city. If you've read anything in the news about Qatar, you've probably heard about the oppressive working conditions and how people are literally dying from working here. That's partly because of the summer heat. There's a lot more to be written on that front, so I'll save it for another post.

This is the fourth installment in my Qatar Questions series, in which I answer questions that people have asked me about living in Qatar. To see all of the posts in this series click here. If you have a question you’d like me to answer here, let me know in a comment below or get in touch.