Jumu'ah and the Parking Lot 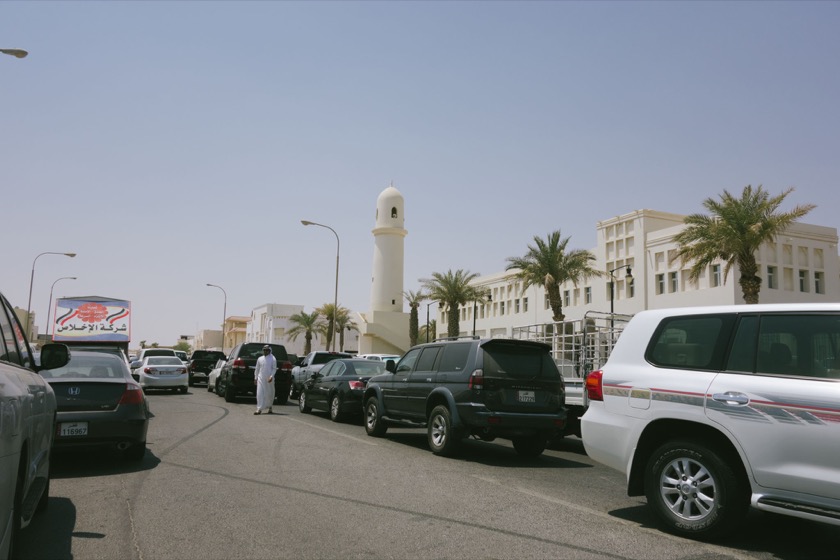 Yesterday Rachael and I were driving across town when we came upon something we'd never seen before. It was still early in the day on Friday, the first day of the weekend, so I didn't expect there to be much traffic, if any at all.

As we turned onto Al Hadara Street, we saw cars, pickups, and SUVs blocking the entire road from one side to the other. And it's not just a small side road, but a big thoroughfare, with two lanes in both directions, plus a very wide sidewalk. And not like blocked with traffic, everyone in their cars trying to get through — people had just parked their cars and left them, right there in the middle of the road.

The cars were packed so closely together that there was only one way forward, a narrow path barely wide enough to fit our car. I pulled forward, but before it ended with another parked car, and we were stuck. 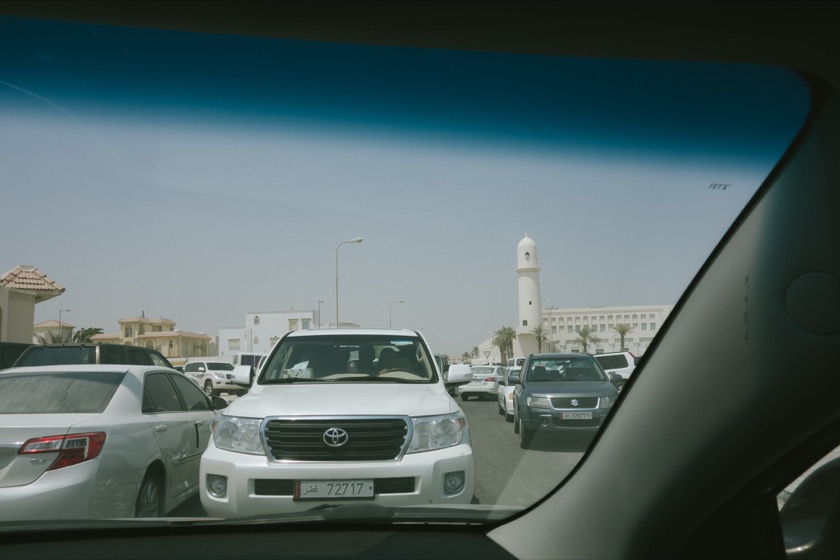 I popped the car into reverse in hopes of backing out, but by then there was another car behind me. What timing, I thought, but our timing was actually perfect, because before I could even think about what to do next a crowd of men and boys began filing through and into the cars around us. The car behind us began to back up, and as I backed up along with him, another car began driving out in front of me. We were free.

Why the middle of the road parking lot? As we were driving away we realized that we'd come upon the biggest mosque in our neighborhood right in the middle of Jumu'ah, the most important prayer time of the week, which always occurs on Fridays at noon. It's the only prayer of the week that's required to be practiced at a mosque, whereas the other 34 prayers of the week can be practiced at home or work.

So many people and so few parking spaces, unless of course, you count the road.