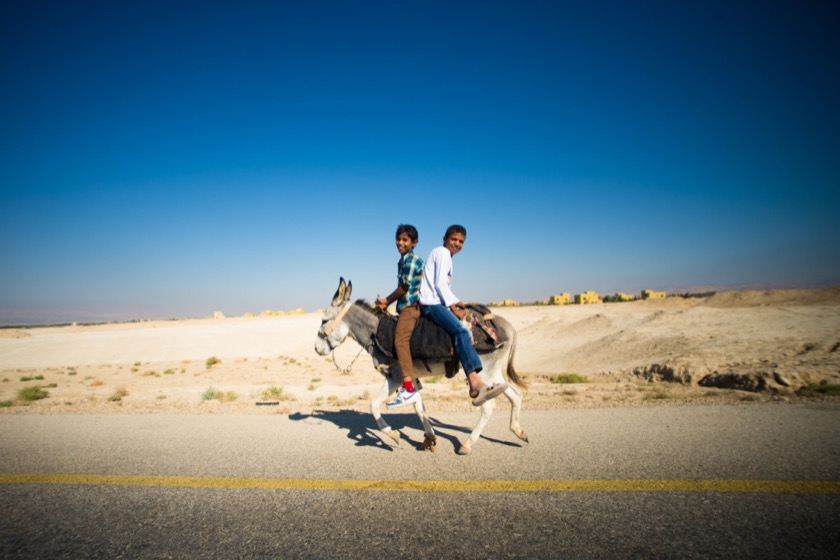 A few weeks ago Rachael and I took our first vacation out of Qatar since we arrived in August. We chose Jordan for a variety of reasons: only a few hours away, stable and affordable, and it would give us a chance to visit a country that had a lot of real history behind it.

My initial impression of Jordan, both from the air and now on the ground, was of a desert country with more green and hills than I expected, though not enough to make it feel like home. Based on the little I’d seen so far, it looked a lot like Lebanon, with similar beige, concrete architecture and dusty, but still vaguely green vegetation.

We spent our first afternoon driving the short distance to Madaba, a town halfway between the airport and the Dead Sea. It didn’t take us long, and luckily the driving was uneventful, save for a few warning lights popping up on the Renault. I had only driven in a foreign country on one other trip (to Norway), but thankfully the signs and rules seemed straightforward and there were only a few cars driving the wrong way down the freeway, and they mostly stuck to the shoulders. 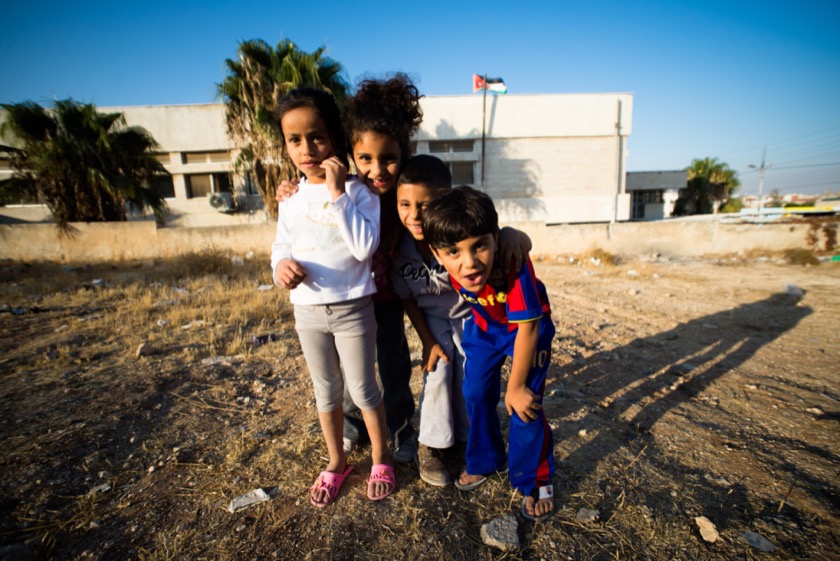 We checked into our hotel in Madaba and then wandered around the town taking pictures and looking for a decent place to eat. We happened upon a liquor store by accident (I swear) and were briefly followed by an overly friendly drunk guy who really wanted to be our friend. Needless to say, this never happens in Qatar.

One thing about our hotel that we didn’t think about until four the next morning was its proximity to the local mosque, or more specifically, the loud speakers at the mosque which play (actually blare is a better word) the call to prayer. I wouldn’t have changed our reservations just because a mosque was close, but by 4:45 a.m., when the speaker had been reminding us to pray for the better part of an hour, I started to reconsider our decision. 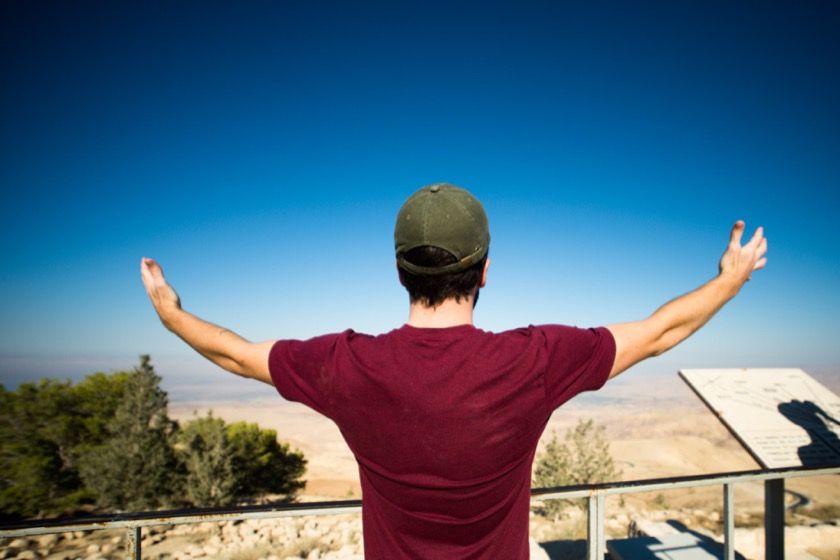 The next day we headed for the Dead Sea. Along the way, we stopped at a Christian religious monument called Mount Nebo, the point where Moses was said to have looked out at the Promised Land. There was a good view from there of Jericho and the Dead Sea, but the real attraction were the scores of Indians who were visiting the monument as part of a Christian tour group. They were easily identifiable by their matching hats and backpacks, and one of them handed Rachael a pamphlet all about how Jesus loves her (this is another thing that I don’t expect to ever happen in Qatar).

We wound our way down the mountain to the Dead Sea, our poor Renault shaking and rattling and warning us the whole way. In fact, that damn car was the most stressful part of our entire trip. It never broke down or caused us any real problems, but it seemed to be reminding us that it could go at any minute, not unlike the camel we saw being butchered by a group of Bedouins (I think) in a camp by the side of the highway. 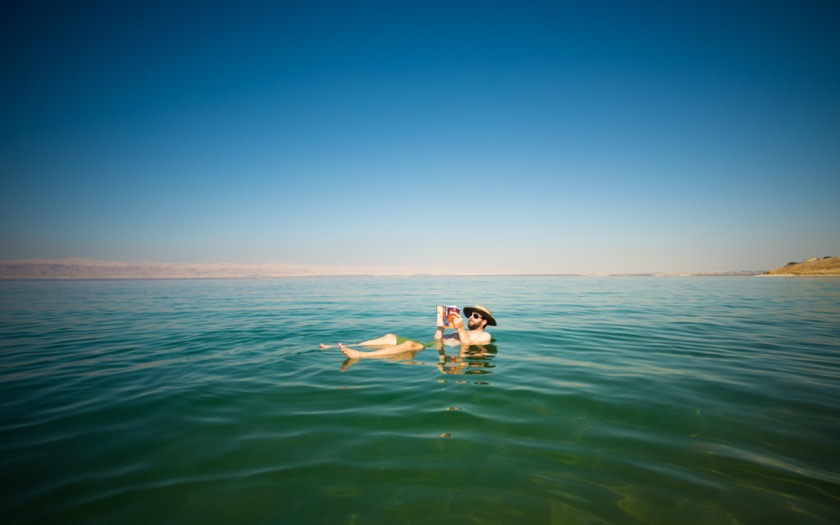 A long time ago I saw a photograph of an old man floating in the Dead Sea and reading a newspaper. It seems impossible, actually, and if it doesn’t, hop in a pool and try to float so high that you can keep an entire newspaper from getting wet. But the Dead Sea is so salty, in fact, that it is possible, and you’re all but required to photograph yourself doing the same thing. According to our guidebook, it’s the second saltiest body of water with a 30 percent salt content by weight (ten times that of the ocean). It’s also the lowest point of land on Earth’s surface, a full 1,400 feet (427 meters) below sea level. I stuck my tongue in it, which I don’t recommend, not so much because it’s so salty, but because it feels like dipping your tongue in bleach.

That’s it for this post. I’ll cover our other two destinations, Petra and Wadi Rum, in a few days.