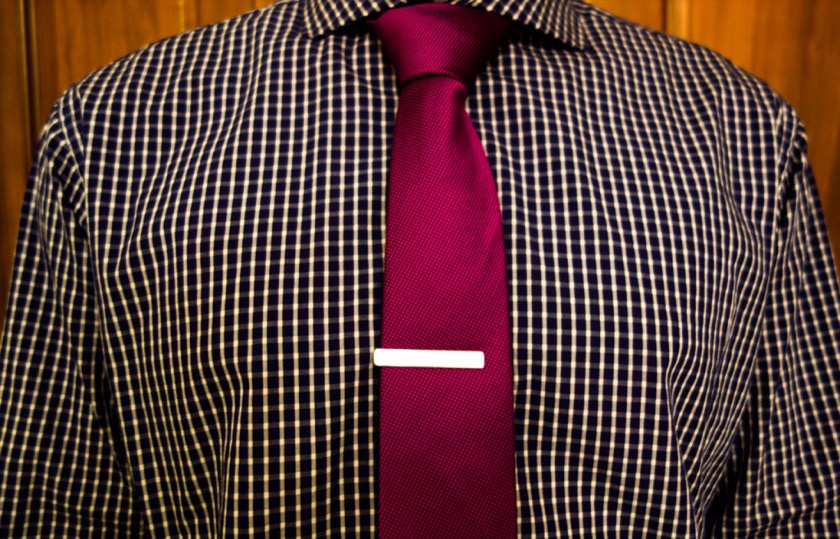 Last week I was helping out one of my fellow teachers in his music class. We were seated on the floor in a circle with about twenty students, and next to me was a girl in third grade who kept tugging on my sleeve.

"Mister, mister," she kept saying, but each time I'd direct her attention back to the music teacher and his lesson. She wanted to ask me a question, but I didn't want to feed the interruption. This went on for most of the class, and at the end, while we were leading the students back into the hall, she pulled me aside and prepared to ask her question.

"Mister, what is this thing?" She pointed to the tie clip I had clipped to my front.

She stopped, puzzled, and asked, "But why?"

Legitimate question, I guess. I tried to swing the tie around vigorously to make the tie clip seem really necessary, but she was dubious. I then tried to explain that sometimes the tie dips into my food when I eat, but that wasn't a very good explanation, either. So I settled for saying that I wore it because I liked it. That explanation may not have satisfied her, but it was good enough for me.

A few days later I wore another tie clip and a different girl came up to me in class, pointed to the clip, and asked, "Mr. Alex, what is this thing?"

I guess Qatar just isn't tie clip country. In fact, I might be the only person in the entire country who ever wears them.