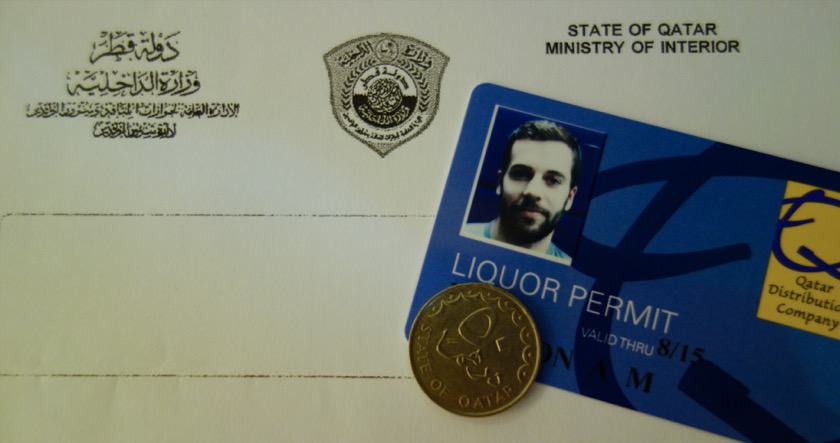 One thing I took for granted about life in the United States until I came here was that if I wanted to do something, like set up a bank account, say, I could do it. I didn't have to ask permission from my employer, or from the government, or from my family. I could just walk into a bank with a little bit of money and an I.D. and I'd be set. It's the same deal, for the most part, with renting a home, getting a driver's license, traveling, and a million other things. There are other hoops to jump through, but I don't have to solicit letters of permission to go about the basic functions of life. In Qatar, things are different.

Here's a short list of things that require an employer's permission in Qatar:

When Rachael and I first considered working in Qatar, that last one was pretty scary. Would we be trapped here and unable to go home? Under normal circumstances, probably not. But if we racked up a ton of debt and then tried to flee the country? Then we'd almost certainly have a problem.

All of this stems from Qatar's kafala system, which basically means your employer sponsors your travel to Qatar and your residency in the country, and gets to say what you can and cannot do while you're here. There are parallels to other immigration policies around the world, but Qatar's is quite a bit more strict.

While it's customary to complain about this sort of bureaucracy, for Rachael and me it's really just a minor inconvenience. But for many of the country's laborers (and even some of its executives) the kafala system is much more serious business.

The point is that as an expat, you're here and happy by your employer's good graces. It's quite a departure from other employment systems I'm familiar with, where there are there are systems and authorities to protect you if you fall out of favor with your employer.

None of this is meant to frighten, but it's something that's different about Qatar and I thought it'd be interesting to write about.