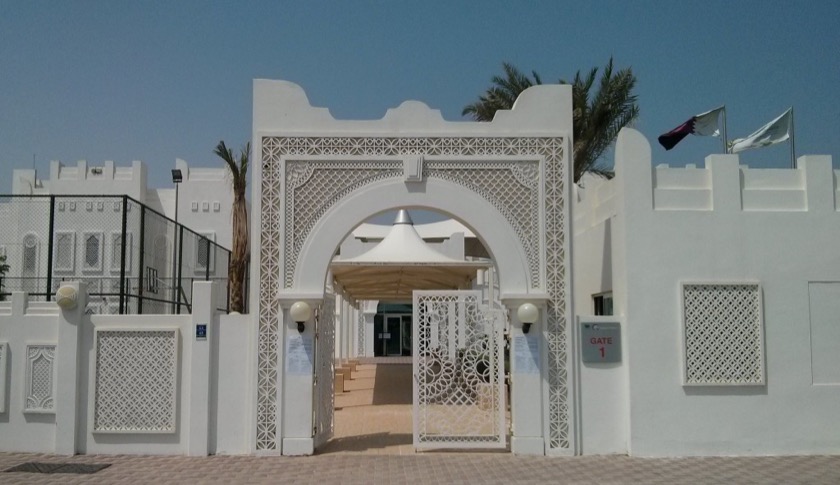 I missed the first day of school. As you're probably learning, paperwork rules all in Qatar, and mine was held up. The chest x-ray I took at the Qatar Medical Commission that was supposed to prove that I've never had tuberculosis came back inconclusive, so I had to spend the first day of school back at the Medical Commission enduring the radiological onslaught of more x-rays. It took a few days for the results to come back, though, so I actually missed the second day, too. And the third. And the fourth.

On Wednesday night, though, I got word that I'd cleared my second round of x-rays and could return to school on Thursday, which in Qatar is the fifth and final day of the work week. Except now I had a cold and a severe sore throat, so it wasn't the sort of triumphant entrance I'd been hoping for. But you can't call in sick on your first day, especially since it was a first day that'd been delayed for nearly a week.

It's now three weeks later and I feel like I'm starting to get into a groove of school here. I haven't been doing much substituting, since since only one of the teachers I substitute for has called in sick, but I have been spending a lot of time in classrooms helping out teachers with their lessons.

I'm in charge of filling in for teachers in first and third grade, so that's where I've been focusing my time. On top of that, my personal inclination is toward math and the sciences, so I've been spending a lot of time in a first grade math and science class helping the students out with basic math. We'll get to the science lessons eventually, but for now, just the basics.