On July 20, 2013, Rachael and I said our vows in front of a few family and friends in Hood River, Oregon. And then we took pictures, ate, drank, and hung out. It was perfect.

Rachael and I first decided to get married out of bureaucratic necessity back in February. We could both go to Qatar (we're headed there in August to work at an international school) as single people, but due to the strict social code there we wouldn't be able to live together, and if we were caught doing anything even remotely romantic, we could've been arrested and jailed. So, better to err on the safe side and go there as a married couple since that's essentially how we already carry ourselves. And anyway, it probably would've taken something like moving to Qatar to force our hands into marriage. Why go through the trouble of signing a document when you can get 95 percent of the marriage benefits (minus filing jointly and visitation rights) without actually getting married? If you're moving to Qatar, the trouble is definitely worth it.

We originally planned it as a paperwork sort of wedding with just a couple of friends and a judge, but once we started planning it, the wedding grew to include lots of family and a few friends. The planning process was stressful at times (I remember asking my sister, who was married a few years, if she was tired of her wedding before it even started), but in the end the planning was worth it. 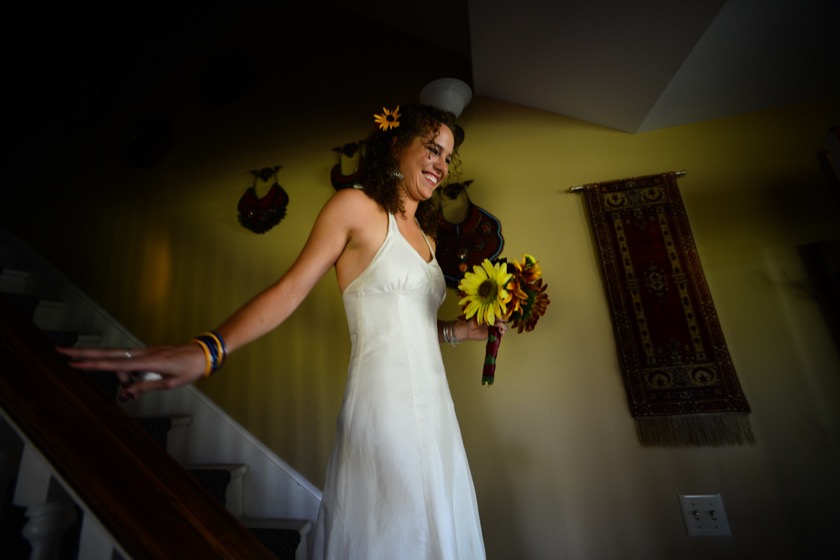 Part of the ceremony included a speech by Gordy, Rachael's father, in which he talked about the things we have in common. One of those things is frugality, as exemplified by the wedding itself. We wanted it to be a sort of barn raising-style event, so instead of hiring a caterer we asked a few people to help us turn it into a potluck. Instead of hiring a photographer, we asked a favor of a close friend. Instead of paying thousands for a venue, we talked to a couple Rachael's parents know who live in a beautiful house in Hood River. It's probably impolite to talk about numbers, but the whole affair only cost around $4,000, a far cry from the median wedding cost in 2012 of about $18,000. Not bad. 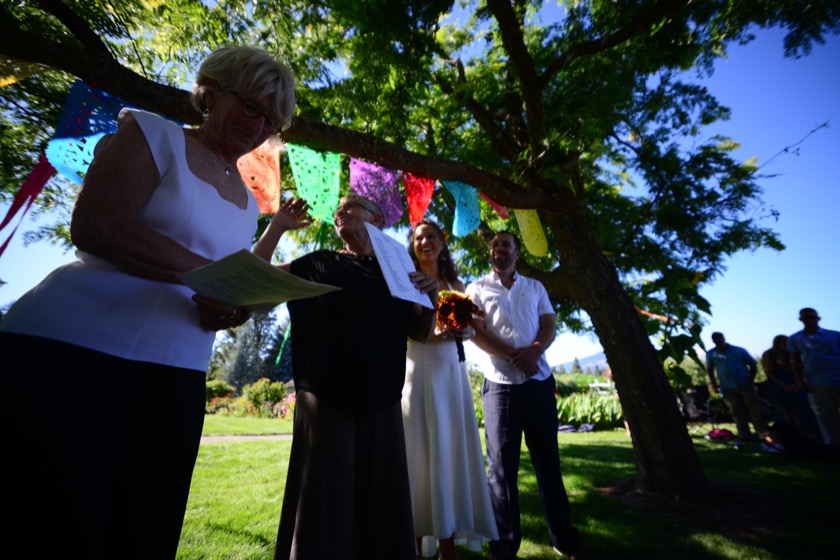 One of my favorite parts of the wedding was the ceremony itself, for a few reasons. First, because it was officiated by two people I deeply respect, a couple named Jane and Joan. (And they have goats, which doesn't hurt.) Here's a picture of us with them:

The ceremony also meant a lot to me because of the readings by Rachael's dad, Gordy, and my mom, Dawn. They painted a fun portrait of us as kids, including lots of stuff I had forgotten about myself. There aren't a lot rituals in our society that mark transition from one life-phase to another, so it was especially meaningful to see that transition lined out during the ceremony. Finally, I really liked the vows that Rachael I wrote for each other: 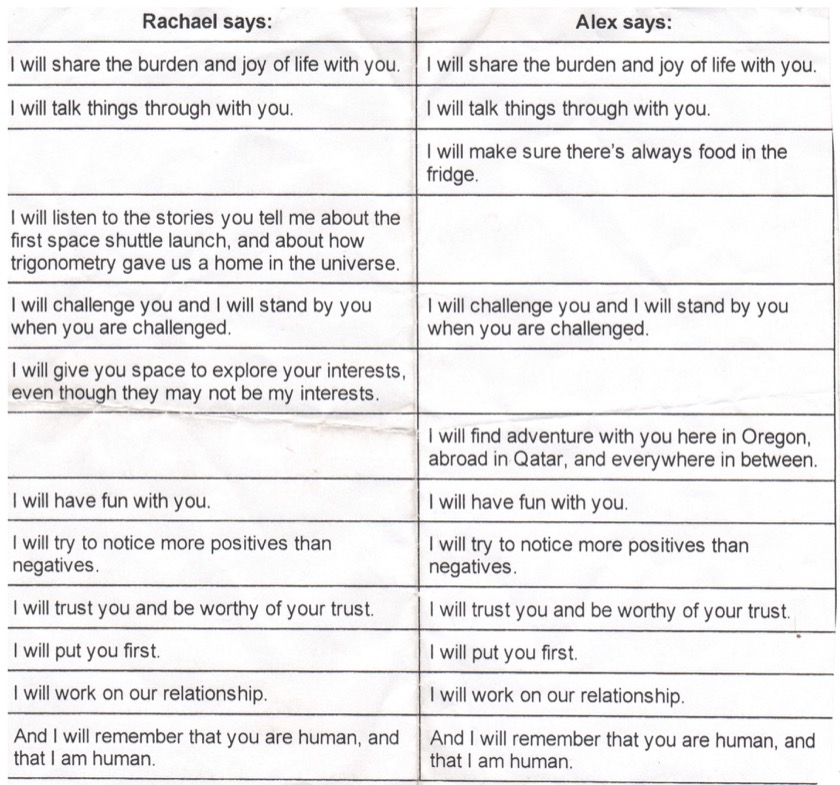 Finally, here's a picture of me and my ridiculously good-looking siblings and their partners: 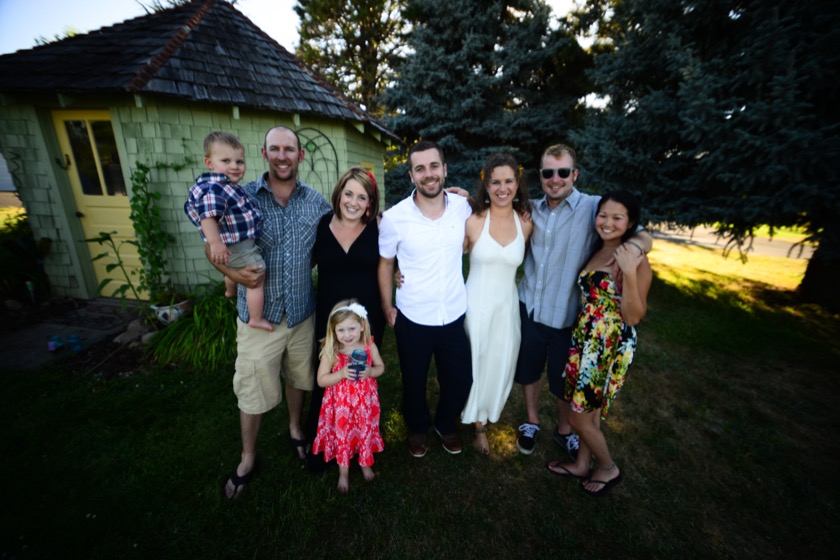