In a post a few months ago, I explained that I was leaving Boston and The Takeaway (a radio show I used to work on) in preparation for a new adventure. I didn’t elaborate much on that future adventure, but now that it’s about to begin, I figure I better explain what’s next.

Before I go into the background, I’ll cut to the chase of where Rachael and I are headed in 22 days: we’re moving to Qatar on August 19 to work at the Qatar Academy Al Wakra, an elementary school just south of the capitol, Doha.

As with a lot of things, this big change in our lives has been a long time coming. Rachael grew up overseas, and we’ve planned on getting overseas since we started dating. But for the first few years we had our undergrad degrees holding us together, and then Rachael started a master’s program in counseling. As her graduation approached, we started to make a plan for going overseas: we’d look at international schools and try to find a job for me, too.

Rachael started to look at schools who were hiring counselors via a hiring agency called Search Associates. Within a few months she was speaking with schools in Germany, Egypt, and China. The school in China sounded especially promising because they said they might be able to find a job for me too. (At the time, Rachael and I agreed that in order for the move overseas to work, one of us would have to have a pretty solid job and the other would at least have to have something to do, whether work, volunteer, or something similar.)

In mid-February, Rachael and I went to a job fair in San Francisco organized by Search Associates. At the time, I was in Boston for a radio show called The Takeaway. I was comfortable in the job, but knew that eventually I’d be overseas, so I was interested to see what the job fair would turn up.

Two of our friends went to the Search fair, too. We know Mike and Liz from Portland, where Liz recently finished law school and Mike was working as a music teacher in Lake Oswego. Years ago we had talked about how cool it would be to move overseas together, and they were obviously still interested.

Needless to say, Rachael and I didn’t sleep much that night. Agreeing to go to Qatar would bring more changes than we’ve ever experienced, either alone or as a couple, in just a few months. To list a few:

The next morning Rachael and I met Mike and Liz and their baby, Piper, at a cafe to figure out whether we were going to do this or not. I don’t remember ever saying it explicitly, but if they were out, I didn’t really want to be in. I trust their judgement a lot, and if they thought it wouldn’t work for them I felt like there was a really good chance it wouldn’t work for us, either. In the beginning, most of us were skeptical. In fact, if we were forced to decide right then and there, I’m pretty sure we wouldn’t be going to Qatar.

After breakfast we met up the representatives from the school, Dawn (from Lebanon), and Melissa (from Seattle). We asked them a ton of questions, like:

That meeting made me feel a little bit better, but I think I was still a no. It just seemed too much like a scam. Well-paying job with friends overseas? Must be too good to be true.

The five of us went to In-N-Out for some Animal Style burgers and then headed to Liz’s cousin’s house in San Francisco. While we were driving, we started to call family members to discuss the decision we were on the verge of making. I called my mom to say that we weren’t sure yet, but that there was a chance that we would be moving to the Middle East. That didn’t sit well.

Up at Liz’s cousin’s house, we spent a lot of time talking and checking in with each other. In or out? In or out? As 3 p.m. approached I kept waffling, though I did my best to keep my opinions to myself. I wanted to discuss the options without swaying anyone else’s decision. Ultimately, though, it was simple. We’d either continue our lives as we knew them, or do our best to create new ones in Qatar. 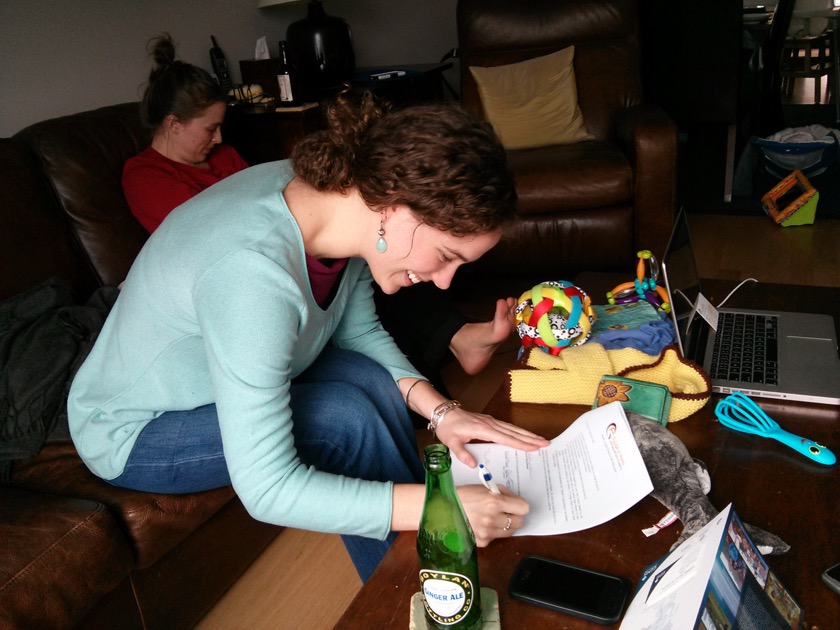 I’m not sure what forced the decision, but once we had decided to err on the side of adventure, I felt good about the decision. It was scary, sure, but it just felt wrong to turn down this sort of an opportunity, regardless of whether it’ll end up being positive or negative in the end. 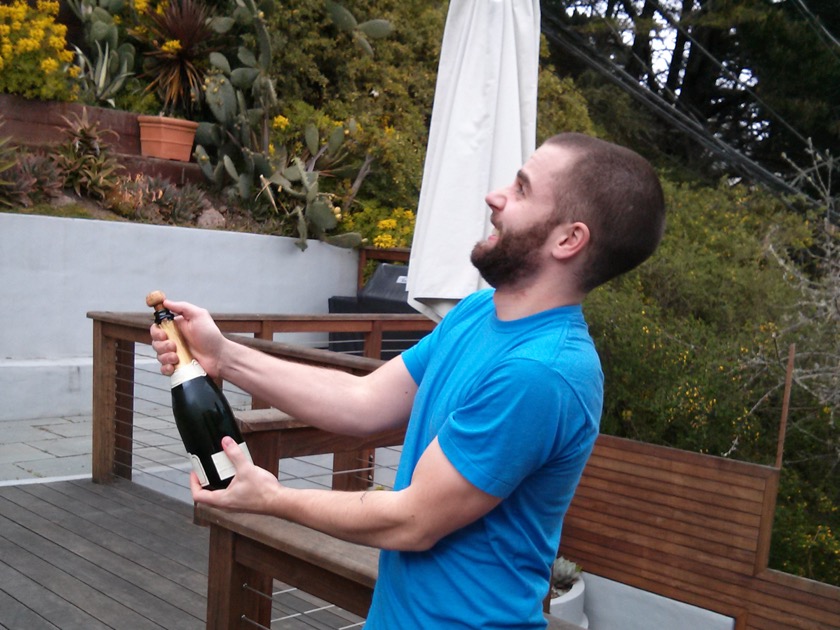 So, after signing the contracts and sending pictures of them to our bosses-to-be, we popped a bottle of champagne. In six months, we’d be in Doha.

Photo at the top by Mohammed Nairooz.