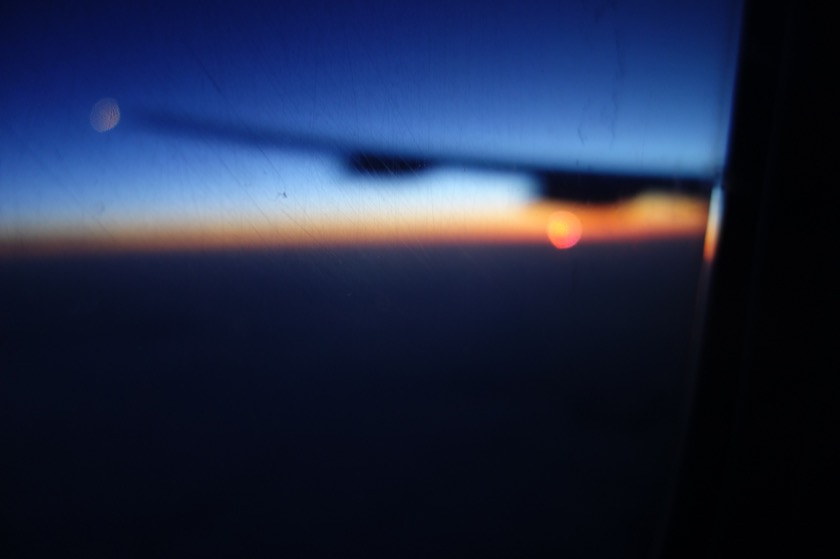 Landed in Beirut early Sunday afternoon after a little over 24 hours en route from Portland with brief stopovers in Washington, D.C. and Frankfurt, Germany. Susan and Henry, Rachael's aunt and uncle, met us at the airport with a balloon that said "Welcome." A brief and terrifying trip by cab brought us into central Beirut where they live.

The first impression, besides seeing and hearing a ton of Arabic, is the driving. Thank god most of these cabs still have seat belts, but they don't seem to be very popular. I'm sure Rachael and I are immediately pegged for foreigners when we reach for our seat belts, but I'm OK with that.

On our first night here, Rachael and Susan and I took a walk along the corniche (a wide sidewalk along the ocean) and witnessed what it means to live in a liberal Middle Eastern country. This is most obviously expressed in clothing, of course.

Here's a photo of the corniche, looking north: 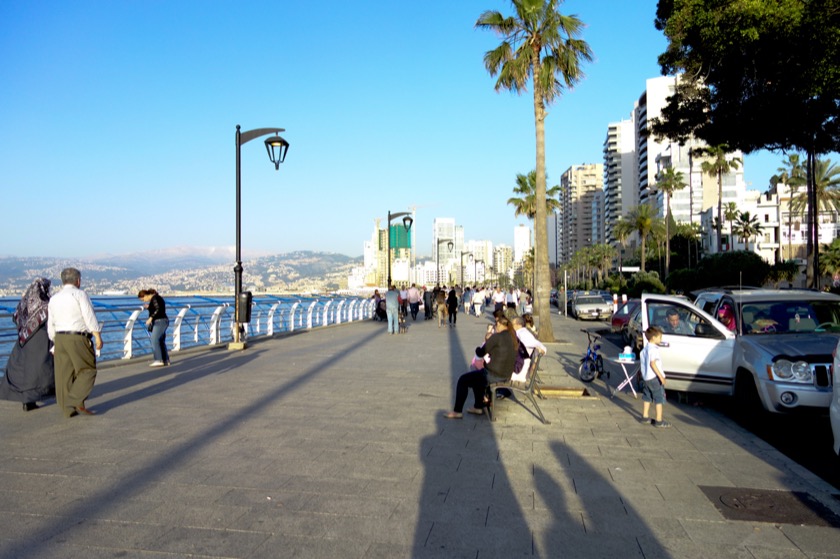 Having never traveled to a Middle Eastern country, I had this idea that everyone would dress more or less the same, and that the clothes would be conservative. From my limited exposure, that's not the case. On one walk along the corniche I saw everything from women in abayas (though I didn't see any wearing the niqab, the face covering through which you can only see the eyes) to one woman jogging in shorts and a tanktop made of spandex. The men were similarly diverse, though less restrictively clothed. I saw a number sunning themselves in only their underwear, though most of them were wearing pants or longer shorts and t-shirts or polos. 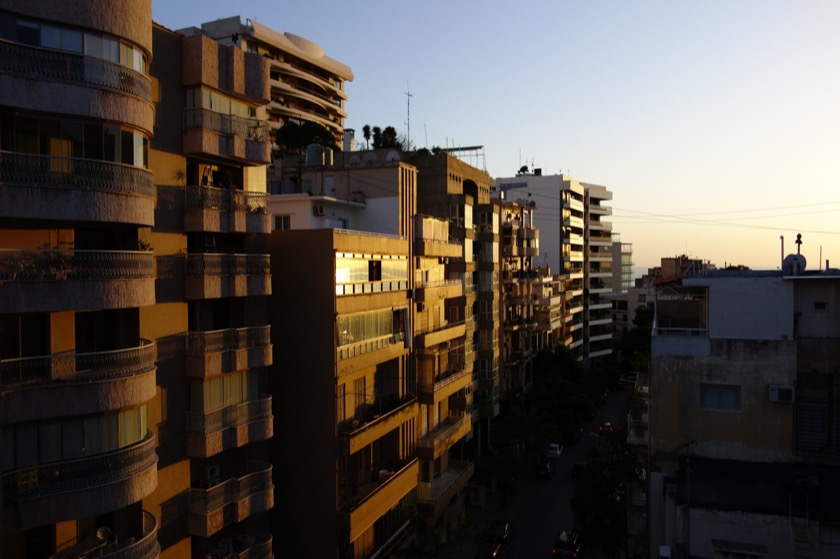 Back to the flat for dinner (the view from the balcony around sunset above) and eventually sleep. The next morning Rachael and I made a video tour of the place: