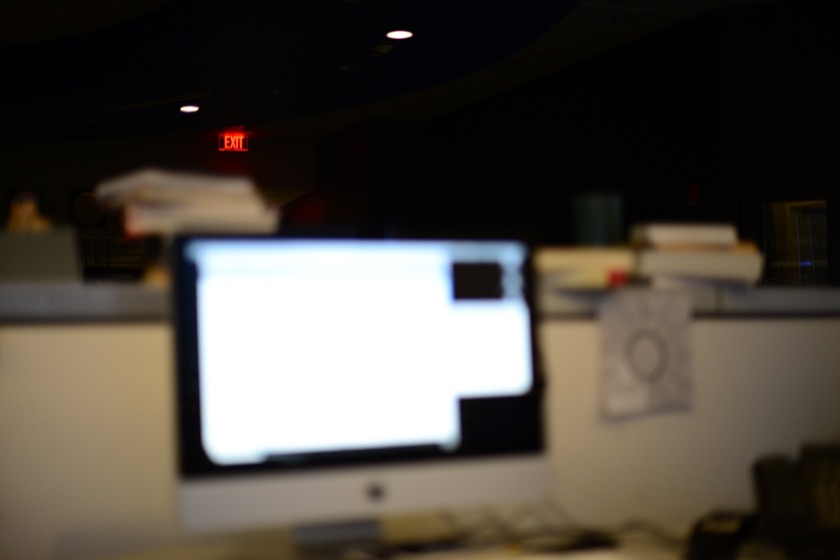 Today is my last day at The Takeaway and my last day in Boston. I'm leaving with a heavy heart, but this has been a long time coming.

When I first moved to Boston, I felt like I had finally embarked on a real, grown-up career. I had a cool job in public media doing digital journalism, I had my own desk at WGBH, the potential to do amazing things and make valuable connections.

But there was one less than perfect detail about the job that ended up defining it: For a variety of complicated reasons, my position was based in Boston, while the rest of The Takeaway team worked out of New York (with the exception of a couple producers and a reporter).

This meant that my average day was spent focused on my computer without much human contact outside of chat windows and a few telephone calls. I did manage to travel to New York to work with the rest of the team in person every other month, but that actually made the separation more difficult, because they were so much fun to be around.

On the whole, it was a lonely job. And for someone like me who sees coworkers as a kind of second family, it was less than ideal.

That doesn't mean it was a bad job, of course, or that picking up and moving to Boston was a bad decision. Had I not come to Boston, I would've missed out on a bunch of wonderful things:

I'm excited for the next chapter, which involves a new job in the Middle East (more on that soon), but Boston has been good, and there's a lot I'll miss.