A bicycle sets you free 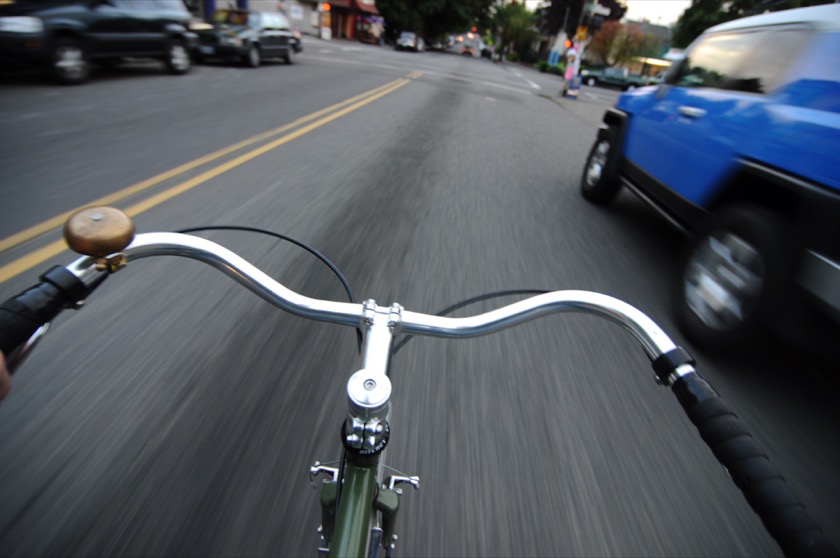 After spending most of last weekend inside working on projects, I wanted to get out, so I carried my bike out the back door to take a spin around the neighborhood. The setting sun was about to light up the sky with orange and red, but I didn't bring my camera. That wasn't the point. I left behind my keys, too, and my lock and my phone. Just me and my bicycle, moving.

I've spent a lot of my life on two wheels, but getting on a bike just to ride, just for the sheer enjoyment of it, is pretty rare for me. Usually I'm trying to get from here to there, and usually as fast as possible. Don't get me wrong, the vast majority of my miles have been pleasant, and I enjoyed them, but being on a bike wasn't just about being on a bike.

In the beginning, of course, being on a bike was all there was. My first was a blue Huffy with some ridiculous number of speeds, and I loved it for the same reason every kid does: because a bicycle sets you free.

I rode it through the fields below my house and the forests above. I rode it to a friend's house on occasion, and one time I rode it a few miles into town with my brother and one of his friends. But the vast majority of my time with that bike was spent riding up and down the street in front of my house. I wasn't going anywhere, and I wasn't in a hurry. I wouldn't have been able to put my finger on it then, but now I know that I loved the feeling of movement, balance, wind in my hair. I loved being able to coast down a hill, and I loved being able to ride back up it faster than I could walk or run.

Eventually this love for cycling transformed into a love for racing: mountain, track, road, and triathlons. (Here's a photo of me racing when I was 14 or 15. I'm the one in blue.) After a while it wasn't just about the bike. It was about doing something uncommon. And while it didn't happen very often, racing bikes was about winning. It was still fun and exciting, but for different reasons. Each ride now had a specific purpose: training, recovery, racing, whatever. I did this for a few years before burning out, like a lot of juniors do. I sold all my bikes but one to help pay my newly billed college tuition. I never raced again.

A few years later, I started commuting regularly to my job at Oregon Public Broadcasting. I rode nearly every day for about a year and a half and racked up a little over 4,000 miles in the process. But I'd be lying if I claimed that I walked out of the house every morning and thought to myself, 'Should I bus it, drive, or ride?' Riding the bus was rarely an option because it's slower than riding and I was always crunched for time. I didn't own a car, so that left the bike. I rode it because I had to. I was a successful bike commuter because riding a bike was essentially the only option. Want to be a regular bicycle commuter? Sell your car.

I enjoyed most of my commutes, but it wasn't uncommon to wake up to cold rain and hope that my partner, who owns a car, would be able to give me a ride. It even happened on dry days, too. The point is that riding a bike to work every day, while ultimately better for countless reasons, is harder than driving in a car.

All of this brings me to the present where riding is just about riding. Post racing and post commuting (at least for now), I'm learning how to be on a bicycle again. To not rush, to love it, to be free.