Done with New York, on to Boston 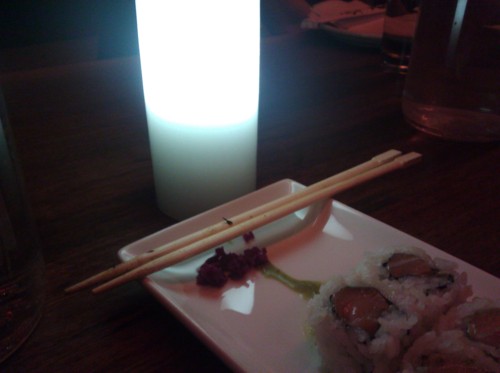 I spent the rest of my week in New York meeting with important people associated with my new radio show, The Takeaway. There’s universal buy-in that they want to dramatically change their web presence, and this was the pie in the sky ideas part of the job. Propose anything and everything, basically, but don’t think about feasibility or cost. Those things will enforce themselves in short order, anyway. Just dream big.

When I wasn’t working, I went out with a couple old friends and made one new one. My partner, Rachael, went to high school with a guy who now lives in New York. She hasn’t seen him for a long time but thought we’d get along. She was right. We went out for a drink one night and then had breakfast together at a little place called Amelia’s in SoHo the day that I left.

Perhaps the most important thing I did while in New York was go out for drinks with my new teammates at a bar near WNYC. The original plan was to start drinking at 11 a.m. (I’m not joking — that’s just when the early shift starts their weekend), but we postponed it to a more reasonable 2:30 p.m. so Tory (my co-worker in Boston) and I could leave right from the bar for Penn Station where we’d catch a train up to Boston.

The bar was dark with a lot of wood and metal. It reminded me of an old pub. We did one round of drinks and then another. Once I was warmed up and enjoying myself it was time to catch a cab for Penn Station.

We were probably a few minutes later than we should’ve been which made our cab hailing all the more dramatic. When we did find one and speed off, I immediately got the nagging feeling that I’d forgotten something at the bar. Two blocks later I realized it was my phone, so I asked the cab driver to pull over while Tory called for it. I didn’t feel it or hear it, and within a couple rings our boss, Sitara, picked up. As soon as I heard her voice I jumped out of the cab and sprinted down the street toward the pub. I must’ve looked like I was robbing someone or being robbed. Full out sprint through Manhattan weaving in and out of people and cars. Sitara was doing the same thing coming the other direction.  We met in the middle of a crosswalk, she put the phone in my hand, I said something along the lines of “thanksforeverythingbebacksoon” and turned around and sprinted back toward the cab. 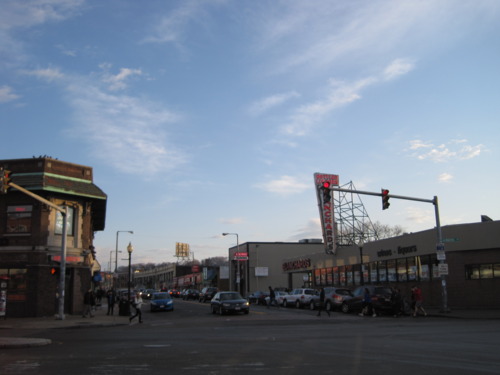 When I got on the train I was sweaty and a winded and disoriented and happy. I played around on Twitter and caught up on emails for the three and half hour trip. When we arrived at the station in Boston (Back Bay, apparently), I met my Boston supervisor (I have one in New York and one in Boston) to get the keys to a temporary apartment I’ll be staying in till Saturday. I took a cab to the apartment (which is between Allston and Brighton) and one of those very surreal moments where you realize you’ve finally arrived in the situation you’d been preparing yourself for. I’ll take it as a good omen that the cab driver was listening to NPR.