New York: How I got here 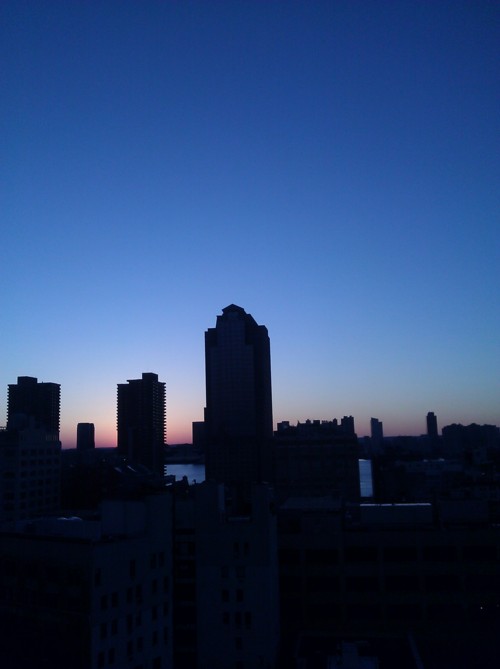 Today I’ll board a plane for New York to start a new job on a radio show called The Takeaway. Excluding study abroad in college, I’ve never lived outside of Oregon, and I’ve never had a job that offered a benefits package. To me, this is a really big deal.

When I applied for the job at the end of last year, I had no plan to move across the country. The temporary job I was working at Oregon Public Broadcasting was coming to an end. I knew that I wanted to continue to work in public radio, but there wasn’t much work available in Portland. I could either try out a different line of work or attempt to find a job in another city. I decided to try the latter first.

This was no small consideration. I grew up in Oregon and Portland now feels like home. Most of my family lives here and I see them often. Most importantly, though, is that my partner will be unable to join me, at least for now. To move for a job would mean a long distance relationship, which sucks.

But I went ahead with it anyway, submitting applications for jobs in the twin cities, New York, Pasadena, Los Angeles, Washington, and Boston. I never said to myself, “I’m going to move across the country for work,” I just wanted to feel like I was in control of my life, that I wasn’t just sitting around waiting for things to happen.

For a long time I didn’t hear from anyone. I’d sent off over a dozen applications and figured the numbers game would work in my favor. Eventually, it did. I received an email from someone at WGBH requesting a phone interview.

I prepared for it in the best way I knew how: line up my experiences with the job description, do a ton of background research, practice, practice, practice, and dress up, even though they’d never see what I look like. Even so, I got off to a terrible start. I stumbled a lot and felt disorganized. Eventually I forgot myself and forgot that it was a job interview. I talked about things I’d done well and things I wanted to do in the future. The rest of the interview turned out alright.

Normally getting one interview would leave me on the edge of my seat, checking my email constantly, but my mediocre performance allowed me to write off any hope of hearing from them again, so forgot about it.

A week or so later they invited me interview in person. I caught a flight for Boston a few days later and kept thinking to myself: “Regardless of how the interview turned out a free trip to Boston is victory enough.”

On my way to the interview I kept noticing good omens. I’m not usually one for signs, but I couldn’t help but see a beautiful view from an airplane window as an encouraging sign. Then there was the nice server at the restaurant in Fenway where I ate dinner. On the desk of the man I interviewed with first was a small stress ball made to look like a globe. I had squeezed an identical one thousands of times in preparation for the interview.

From my first interview to my last I was uncharacteristically at ease. I joked with my interviewers and felt like I was nailing every question. At one point I even thought to myself: “This could actually happen.” I will never understand why I was so calm, but I was. It was easily the best job interview I’ve ever had.

A few weeks later, on a Friday, one of the people I interviewed with called me and offered me a job as the web editor for The Takeaway, a show that’s produced by WNYC in partnership with WGBH. I’d do most of my work in Boston and travel to New York every few months.

That was almost a month ago. Since then I’ve left my producer job at Oregon Public Broadcasting. I’ve sold or given away most of my belongings and packed the rest into a suitcase and four boxes to be shipped out once I have an address in Boston. I’ve said countless goodbyes. I’ve researched Boston endlessly and tried in vain to secure a place to live. The one thing I haven’t done is come to terms with the fact that where I live and where I grew up are now two different places. That’s going to take some time.

Right now I live in the Sheraton Hotel in Tribeca. In a week, I’ll live in a temporary apartment in Boston. Hopefully by then I’ll have my feet under me and a real place to live.