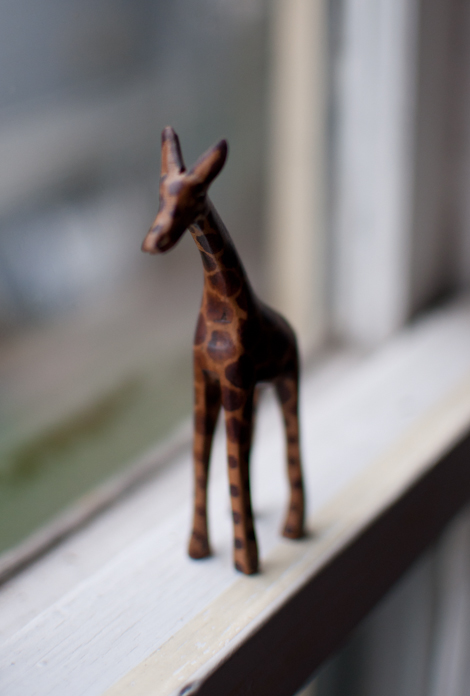 Day 1: I'm going to copy fellow Flickrer Anomalily and post one photo every day for the next 365. It'll be an exercise in consistency, something I'm terrible at. The rules are that the photograph has to be taken on the day it's uploaded and that I'm going to do it every day. That's all.

I'm starting with a narrow depth of field photograph of a carved giraffe my partner Rachael got when she was living in East Africa. It's sitting on the window sill of my house in Portland. I tried several apertures to get the depth just right but eventually decided that it'd look better if it were just a tiny bit out of focus all around. Things that work are the contrast between the brown of the giraffe and the white of the window. Also, I like that the giraffe's head is in front of the least focused part of the photo.