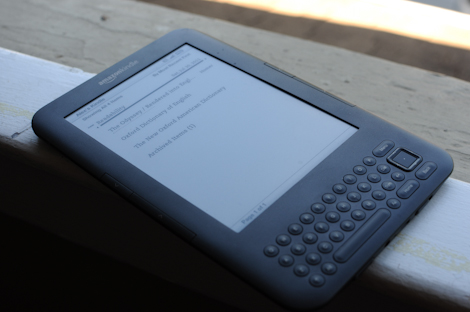 A few days ago I wrote about how Readability is changing the way I consume news and information online. But the thing that makes all the difference is that a few months ago they released a new feature that allows you to send anything you find online to your Kindle. This feature has existed for awhile, but the folks at Readability made it really, really easy. Like, one click easy. Here's how it works. Let's say you're reading an article on ProPublica but it's really long and you'd rather recline on your fainting couch and read the article on your Kindle. Once it's set up  all you have to do is click the Readability plugin in your browser, select Send to Kindle, and in a moment the article will be emailed to your Kindle. They have keyboard shortcuts, too. It's really simple, and really quick, and so much nicer to read on a Kindle than on a computer screen. It's nicer for three reasons: First, you can hold it like a book, second, the screen doesn't cause eye strain like a computer does, and it's much easier to focus on what you're reading because you can't switch applications, play Angry Birds, or click through every link on a never ending stream of web surfing. 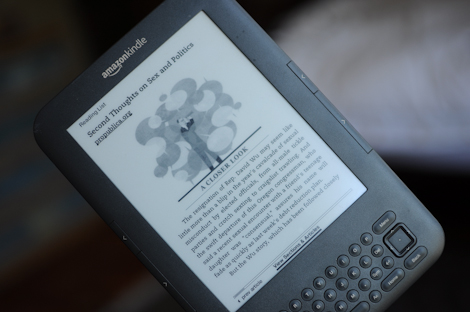 Another cool thing about Readability getting down with the Kindle is that you can have your reading list (basically all of the articles in your Readability queue that you haven't read yet) sent to your Kindle on a daily basis. This was really helpful for me because I like to add articles to my queue first thing in the morning, have them sent to my Kindle while I'm showering and getting dressed, and then I can read through my own them while eating breakfast. It's really slick. Especially slick is that instead of just sending a bunch of separate articles to the Kindle it rolls them together into a sort of magazine. The picture below shows what it looks like with three articles. Once you've finished the reading list you can delete it from the Kindle so it doesn't leave it cluttered. 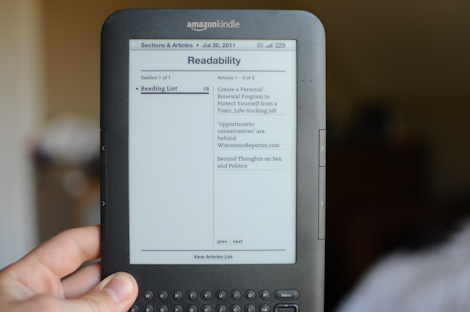 Even though the they weren't designed with each other in mind, Readability and the Kindle work together surprisingly well. That being said, there's one major downside that's not really Readability nor Amazon's (makers of the Kindle) fault, but still bears mentioning. When you use Readability to prepare articles to be read on the Kindle you're basically relying on two different companies and systems. That's because Readability has to prepare the article and then send it to Amazon which sends the articles to your Kindle. Most of the time the system works fine, but sometimes it doesn't work because Amazon's stuff is messed up, and sometimes it doesn't work because Readability is having problems. I haven't been paying really close attention, but I think that "uptime" has been improving since I started using the Kindle with Readability about six weeks ago.

Another thing I'm looking forward to seeing is the ability to send the reading list to my Kindle whenever I want. Currently, the reading list is sent at a scheduled time each day. In the future it'd be nice to be able to add a bunch of articles, send them to the Kindle as part of a reading list, and then head out to the hammock to read them all. It looks like this feature is going to be rolled out soon.

Readability Is the Only Reason I Bought a Kindle

Up until a few weeks ago, I'd always thought the idea of reading on a Kindle was ridiculous. Two things changed my mind: being able to read news articles on the Kindle, and the quality of the screen. See above for an explanation on the former. As for the latter, I expected the E Ink screen on the Kindle to look just like the LED on my laptop. But not so. It looks completely different. Just like they say, it causes no more eye strain than paper and you can really read it in direct sunlight. If you'd like to see a review just on the Kindle, this one is really good.

While there are still some minor kinks to work out, Readability's addition of Kindle support has vastly improved my experience as a reader and as a user of technology. If you read a lot online but want a better way to do it, you should try out the Kindle with Readability.

Readability has teamed up with If This Then That to allow favorited tweets to be automatically sent to Readability. This is awesome and you can read about it here.