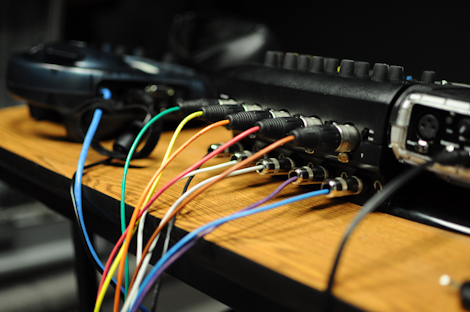 Today I start my first paid gig in radio. I'll be an associate producer on Think Out Loud job-sharing with my awesome co-worker Julie Sabatier. She's now working part-time so that she can spend more time on her other radio show, Destination DIY. I help out with Destination DIY, too.

I've been looking forward to this day for what feels like an eternity, though I didn't even know this was something I wanted until I started as an intern at Think Out Loud in September of 2010. Since then I've put in well over a thousand hours doing pre-interviews, researching shows, shuttling guests into and out of the studio, and yes, making coffee. Luckily I had a part-time job on the side that allowed me to pay the bills. It sucked to separate passion and paycheck, but it was better than having no paycheck at all. The big plus now is that I'll be living the dream, which I define strictly as getting paid to do what you love.